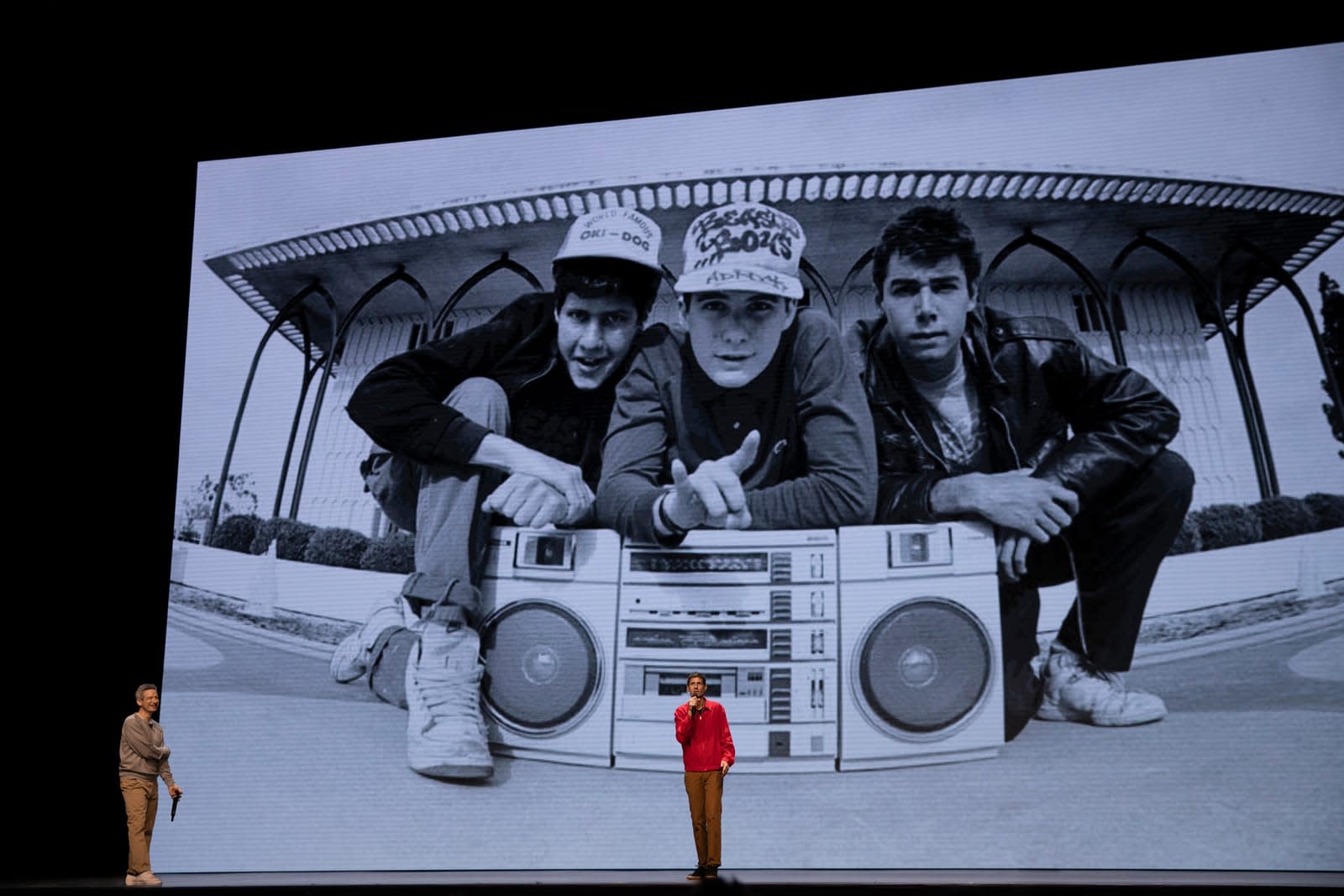 Apple TV+ is about to venture into uncharted territory for the service: music documentaries. Apple has acquired Beastie Boys Story, a documentary co-produced by the remaining two Beastie Boys (Mike Diamond and Adam Horovitz) and directed by friend and collaborator Spike Jonze. The movie will follow the stories of Ad-Rock, MCA and Mike D both as a band and as close pals. It premieres online April 24th, although it'll come to some IMAX theaters for a "limited engagement" on April 3rd.

The documentary is a modest coup for Apple. Rivals have plenty of music docs, such as Beyoncé's Homecoming on Netflix -- Apple has a long way to go if TV+ is going to compete in terms of sheer numbers. An official Beastie Boys documentary is a big deal, though, and shows that Apple is serious about landing documentaries for its fledgling streaming service. The company is also in a unique position to capitalize on non-fiction material like this -- you can watch the stories behind Ill Communication and Hello Nasty in one moment and listen to those albums in another.

In this article: apple, apple tv+, beastie boys, documentary, entertainment, internet, services, spike jonze, streaming, television, video
All products recommended by Engadget are selected by our editorial team, independent of our parent company. Some of our stories include affiliate links. If you buy something through one of these links, we may earn an affiliate commission.