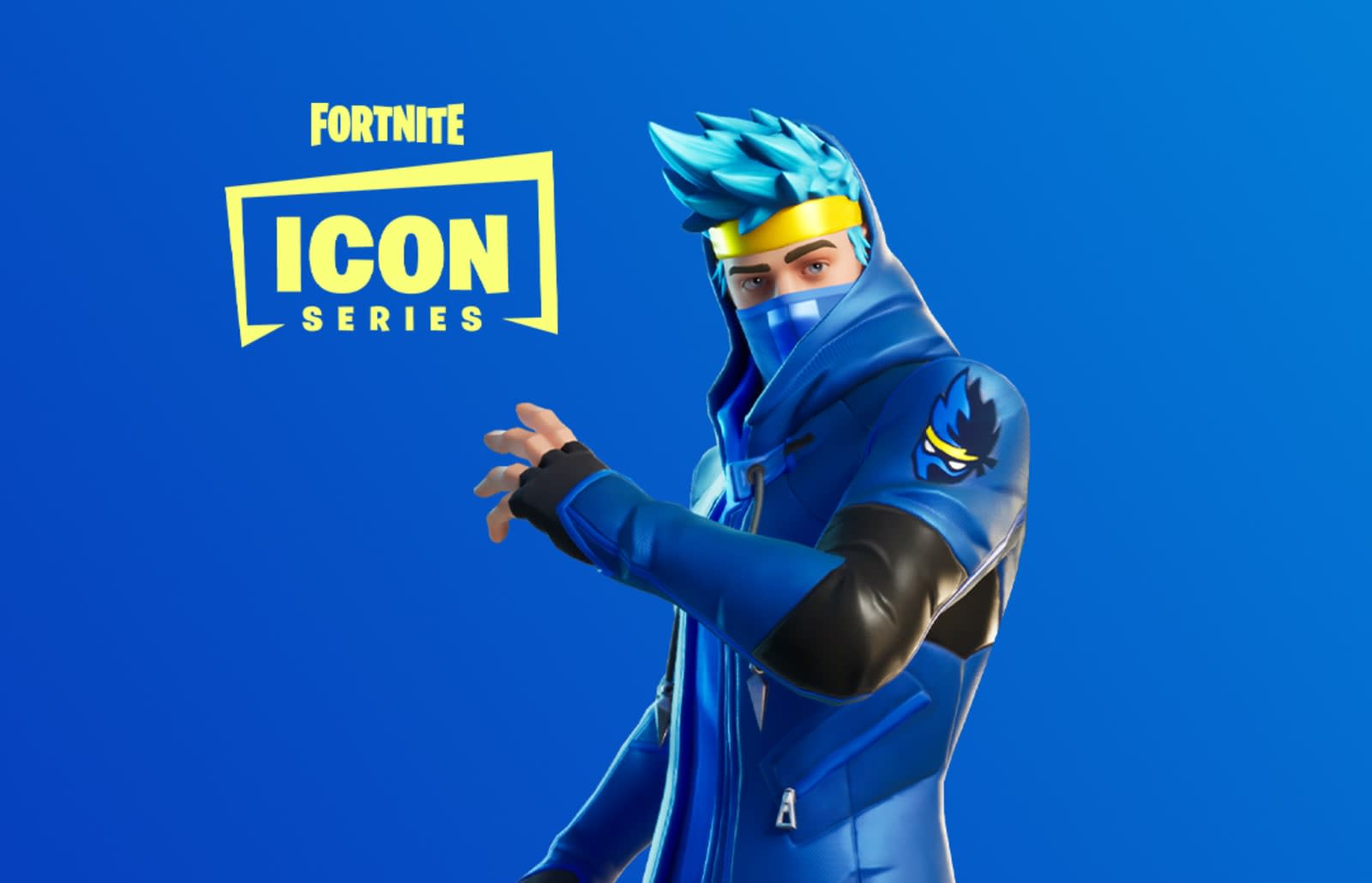 The rise of Fortnite has coincided with that of Tyler "Ninja" Blevins. While the streamer had a sizable following before the battle royale exploded in popularity, he became Fortnite's best-known player and a megastar on Twitch (until he defected to Mixer). Now, Ninja will actually be a part of the game in which he truly made his name with his very own Fortnite skin. It'll be available to purchase between Thursday and Sunday.

I've dreamt of having a skin in Fortnite since I started playing the game. Today, my dream becomes reality. Get the Ninja Fortnite Skin in the Epic store Thursday 6 p.m. CST-Sunday 7 p.m. Don't forget to use code NINJA! #NinjaSkin #EpicPartner pic.twitter.com/xTn9UlbkGI

Along with the skin, there's a Ninja-themed pickaxe which comprises a pair of katanas, a back bling and an emote for his awful dance. Epic Games said the addition of Ninja is the "beginning of gaming, music, film and fashion colliding in Fortnite" under its new Icon Series.

You can probably expect more familiar faces to turn up in Fortnite, which is incorporating "the artistic vision, personality and attitude of our top creators." There have been many promotional tie-ins in Fortnite, including the likes of Star Wars, the Marvel Cinematic Universe and Stranger Things. Bringing some of Fortnite's best-known players into the fray is a logical extension of that.

Elsewhere, the latest Fortnite update also bumps up the maximum refresh rate on the 2018 iPad Pro to a whopping 120 frames per second. That far outstrips the game's console refresh rates, even on the top-end Xbox One X and PS4 Pro, which max out at 60FPS. There's also now support for clickable thumbsticks if you use a controller to play on iOS.

In this article: av, epic games, epicgames, fortnite, gaming, ipad pro, ipadpro, ninja
All products recommended by Engadget are selected by our editorial team, independent of our parent company. Some of our stories include affiliate links. If you buy something through one of these links, we may earn an affiliate commission.