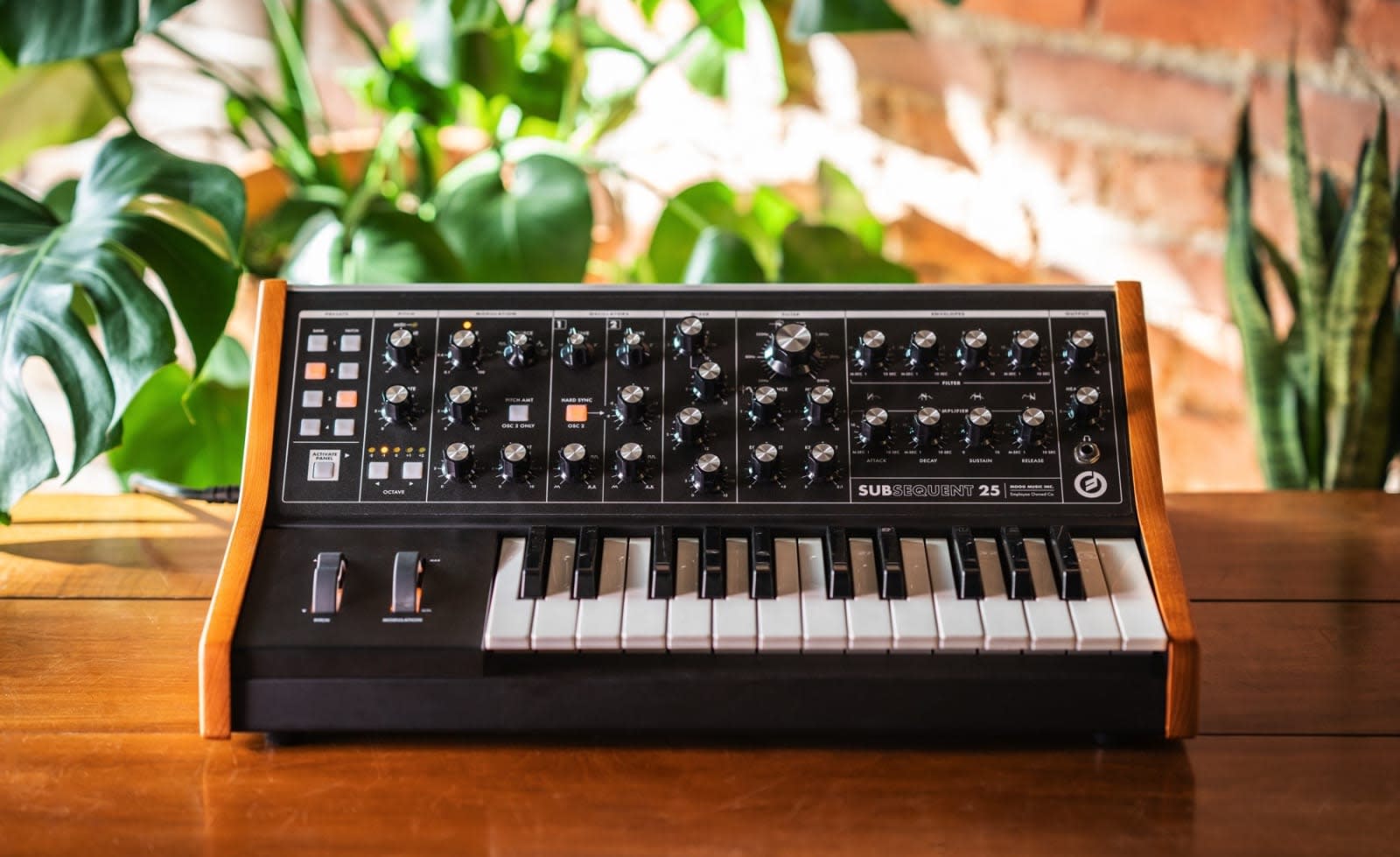 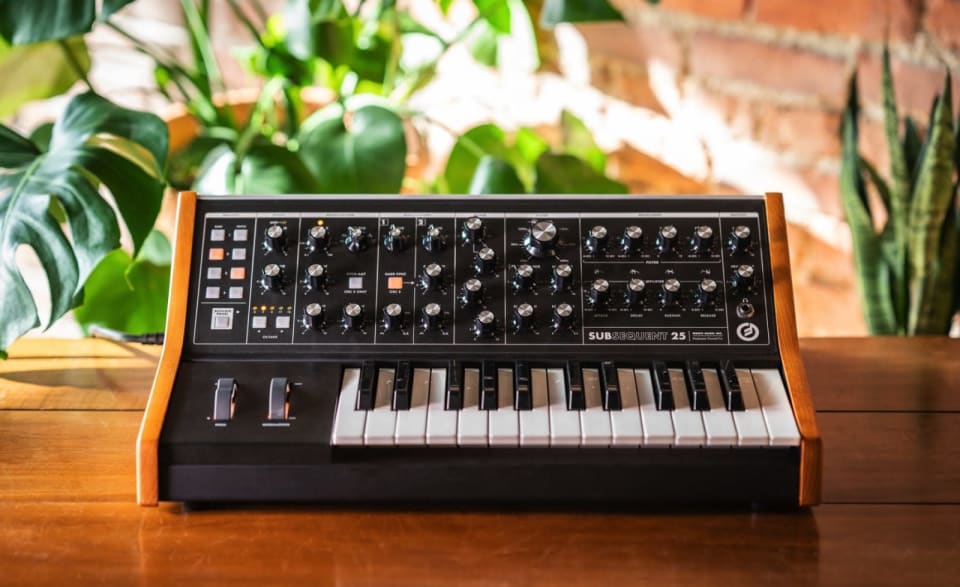 Anytime Moog releases a new synth it's worth getting at least a little excited about. And the Subsequent 25 (or Sub 25) is no exception. It's the successor to the Sub Phatty -- basically the standard bearer for classic Moog bass sounds over the last several years. The Sub 25 takes what made its predecessor such a powerful and aggressive tone monster and just goes bigger.

Lets start with Duo mode which splits the two oscillators so that you play two notes at once. Of course you can always stack them back up to get that iconic mono bass sound. There's more headroom so that you can louder and richer clean tones, but also a retuned multidrive circuit and filter that gets you even more grit, growl and low-end harmonics than the Sub Phatty. And don't worry, while they've tweaked the gain stage of the filter, it's still 100-percent classic Moog. Even the keybed has been redesigned, though, it's too early to tell if that's actually an improvement.

While the improvements to the sound are clearly the highlight, there's plenty of other changes for the better. For one, this is now Moog's smallest keyboard synth (it has smaller keyboard-less offerings). That makes it a bit easier to take to a gig or squeeze into your increasingly crowded home studio. (GAS is a serious disease.)

You'll also find all the modern connections and amenities you'd expect. So, while you'll still have all the knob-per-function controls you could need for live performance at your fingertips, you'll also have access to huge library presets and custom sounds through the Subsequent 25 Editor/Librarian app. And, in addition to traditional 5-pin MIDI ins and outs, you'll find USB MIDI and CV jacks for talking to external gear like modular synths.

In this article: analog synth, av, bass, gadgetry, gadgets, gear, keyboard, moog, music, musical instrument, namm, namm2020, synth, synthesizer
All products recommended by Engadget are selected by our editorial team, independent of our parent company. Some of our stories include affiliate links. If you buy something through one of these links, we may earn an affiliate commission.