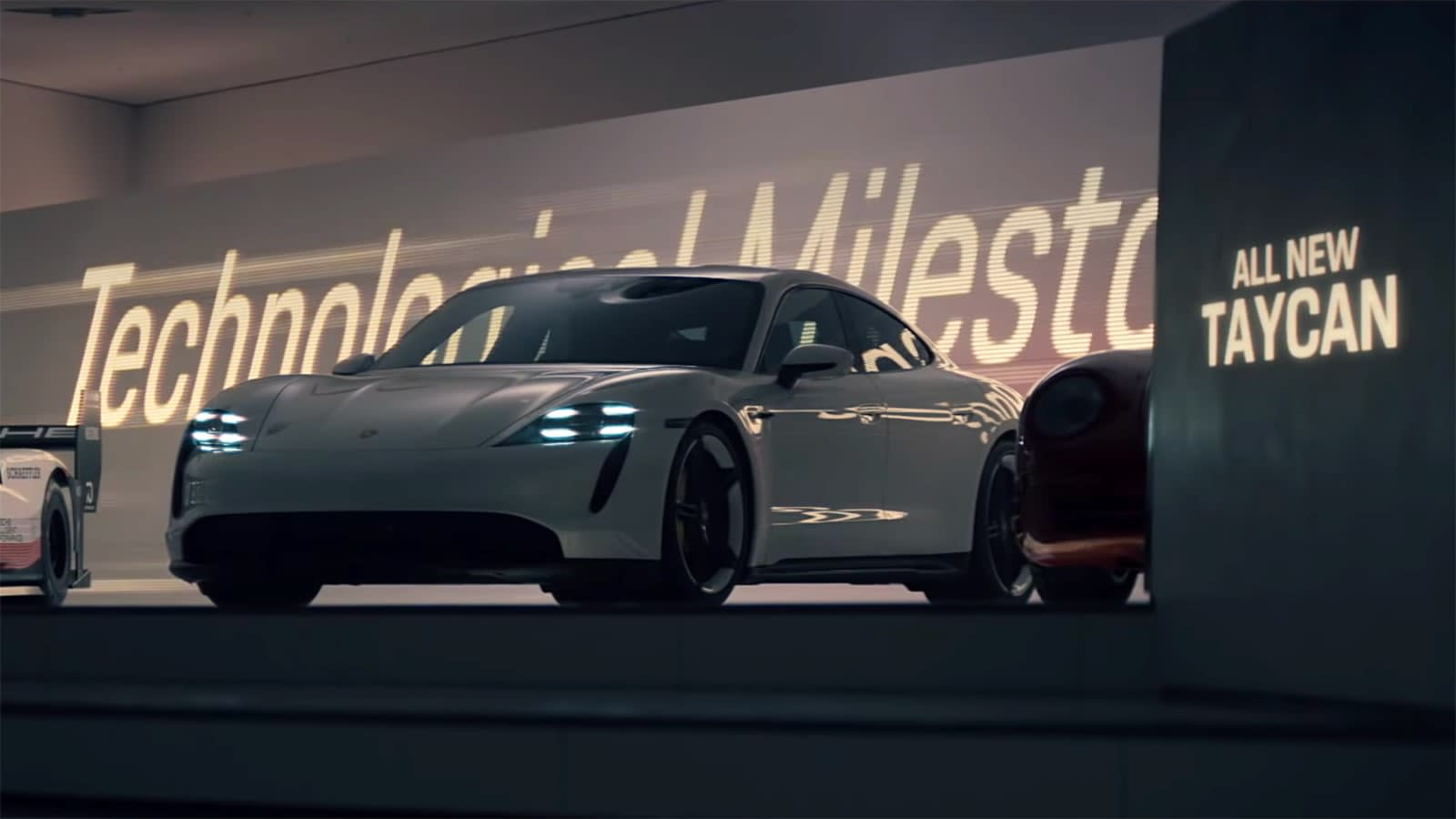 There have been Super Bowl ads for electric cars before, but they've tended to treat EVs as novelties. BMW's 2015 ad for the i3 was practically a crash course in EVs, while Audi's 2019 spot was more to advertise electrification than the still-unavailable E-Tron GT. Porsche, however, is embracing the radical concept of advertising an EV you can actually buy. The automaker is airing its first Super Bowl ad in 23 years on February 2nd to promote the Taycan, and this video focuses more on -- gasp -- the actual car.

The ad isn't terribly complicated. It starts with what appears to be a thief stealing the Taycan from Porsche's museum in Stuttgart, and quickly evolves into a Hollywood-style chase with several more conventional cars (plus one tractor) in pursuit. While Porsche doesn't talk much about the Taycan, there's no question it's the star. The driver even makes use of the Taycan's virtually silent EV powerplant to escape, although the machine probably wouldn't get far in real life given the EU's artificial noise requirement... not to mention that 192-mile EPA range.

A minute-long version of the commercial will air in the first quarter of the football game, but you can watch an extended version now.

The clip is meant to do more than just boost Taycan sales, of course. This is also Porsche's (and really, VW's) attempt at "heralding the era of electric mobility," and that includes reaching out to customers who might never have considered one of the brand's cars before. We doubt many people will rush out to buy a Taycan after this, especially not the maxed-out Turbo S variant in the ad. It might, however, give EVs some extra cachet while reminding people that there are alternatives to Tesla.

In this article: ad, ads, advertising, car, cars, commercial, electric car, electric vehicle, ev, gear, green, porsche, super bowl, taycan, transportation, video
All products recommended by Engadget are selected by our editorial team, independent of our parent company. Some of our stories include affiliate links. If you buy something through one of these links, we may earn an affiliate commission.