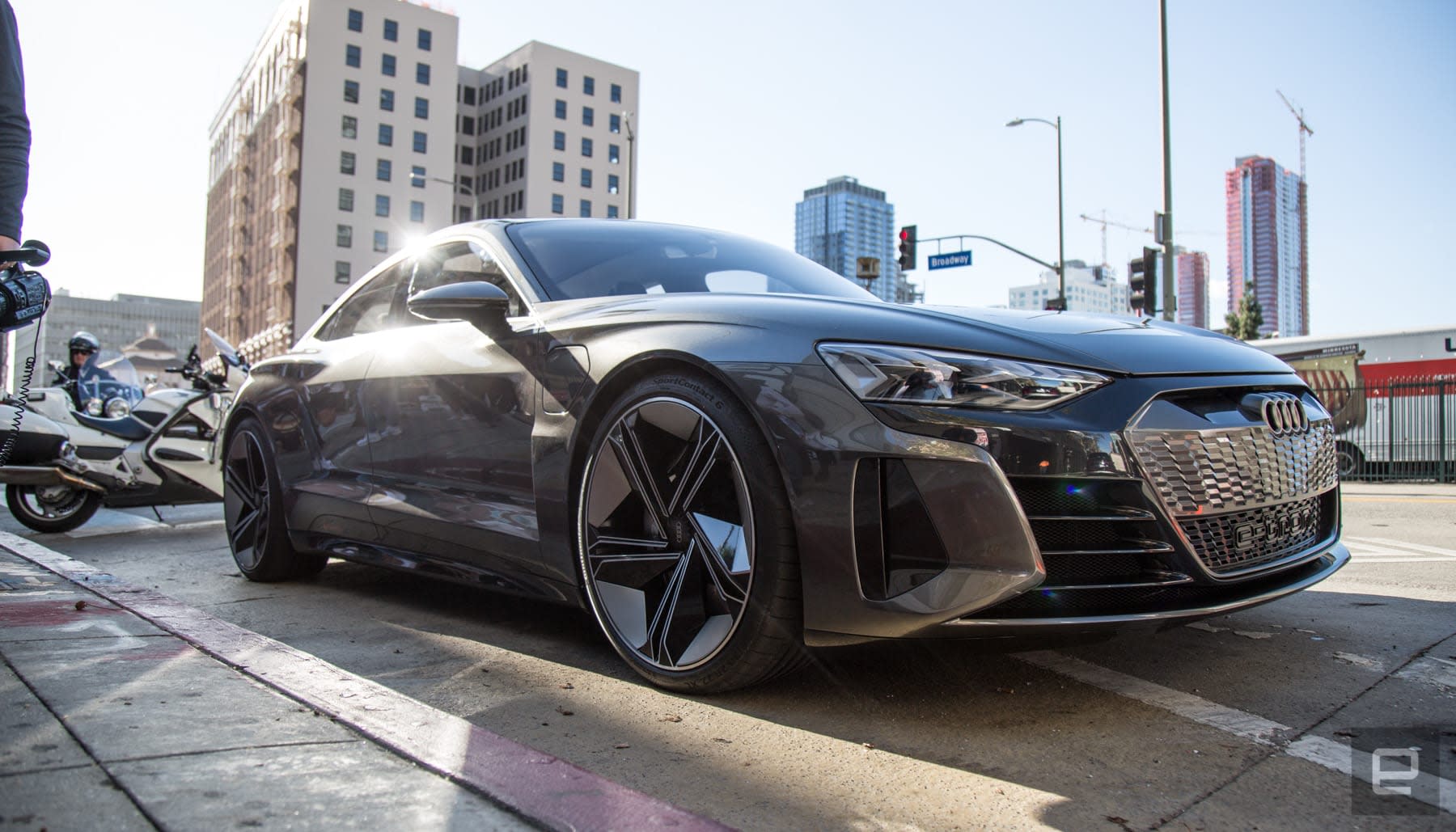 A taste of Audi’s electric sports car of the future.

If an automaker unveils a concept car, the chances that anyone has the opportunity to set foot in that vehicle and drive it on the street within a year is slim to nil. If it's a design study don't expect to see anyone ever drive it. If it's a concept of a production car; maybe, maybe a few months after the introduction journalists will get some seat time. But Audi went in a different direction and let me drive the all-electric Audi E-Tron GT concept car that'll launch in 2021 less than a week after it was unveiled at the LA Auto Show.

The all-wheel-drive (AWD) E-Tron GT has (or will have) 590 horsepower and do zero to 60 in 3.5 seconds. During my time behind the wheel, I never even got close to experiencing the full force of the dual motors blasting me silently forward.

Instead, I had a chance to leisurely drive around downtown Los Angeles with a police escort. Turns out, it was one-of-a-kind and a fender bender would have been disastrous. Plus, potholes were also an issue. The car's low profile was great for show-floor photographs. Not so much the ruts peppering the streets of LA.

Other than needing me to cautiously avoid road holes more than your typical car, the E-Tron GT was surprisingly close to being a final product. Audi said it's 95 percent done. Most of the major features worked. The transmission, the climate controls, the push button ignition on the wheel and the power seats all worked the same as they would in a production vehicle. 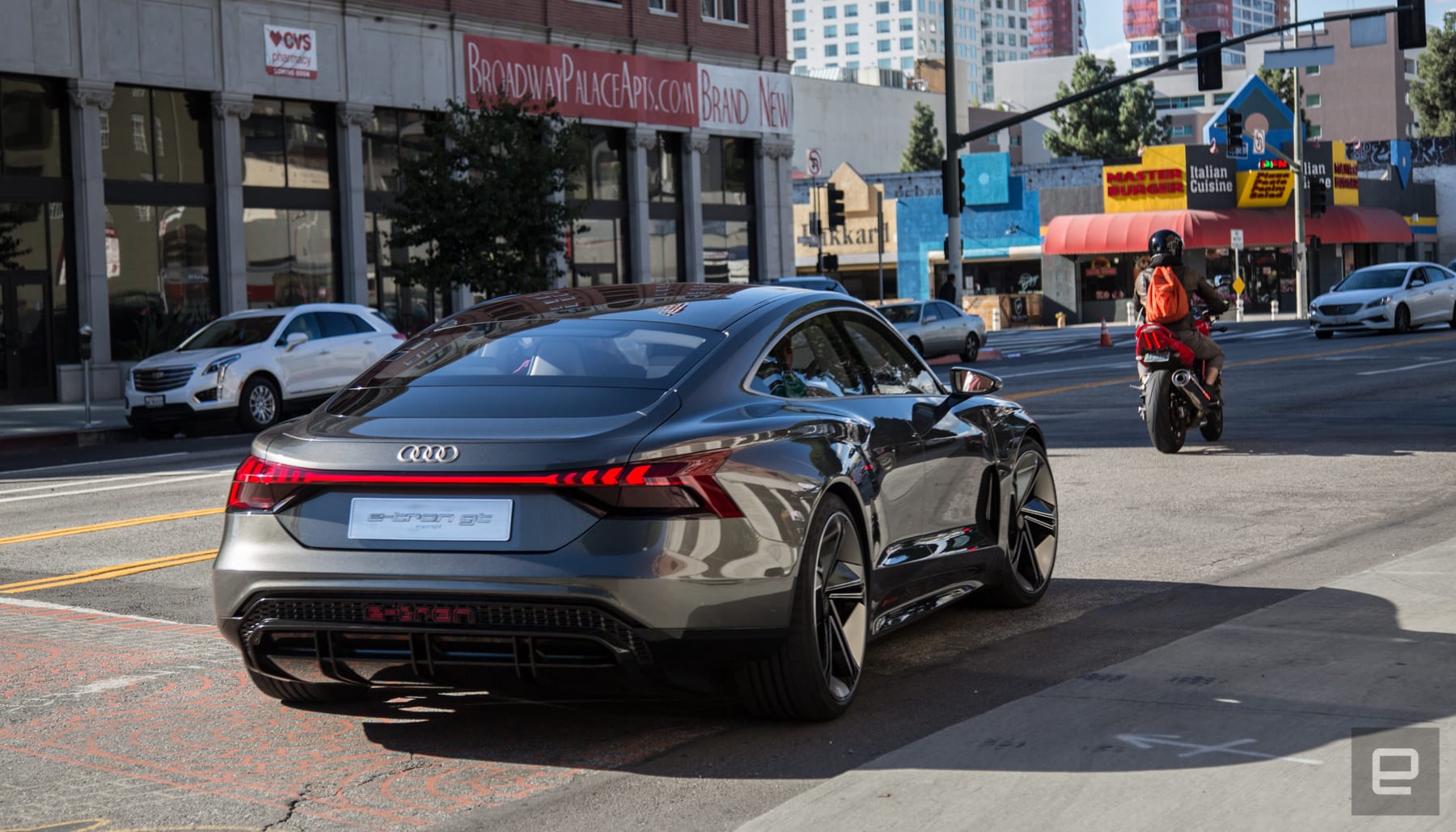 Even the impressive recuperative braking system that uses the motors to slow the car down and replenish the brakes when the stopping force is below 0.3Gs worked. In a typical car, depressing the brakes immediately engages the brake calipers around the rotors. Audi's system delays that action and instead, the electric motors slow the vehicle down under certain conditions. On the E-Tron SUV, it's great and I suspect it'll be just as good on GT.

But concept car drives are really just a tiny sample of the final product -- the equivalent of licking a spoon covered in batter before enjoying the finished cake. It's a guilty pleasure and potential insight into the final product, but little else. Hopefully, we'll be able to get back behind the wheel when (if) the car goes into production and test out all that EV power on the open road without worrying about potholes.