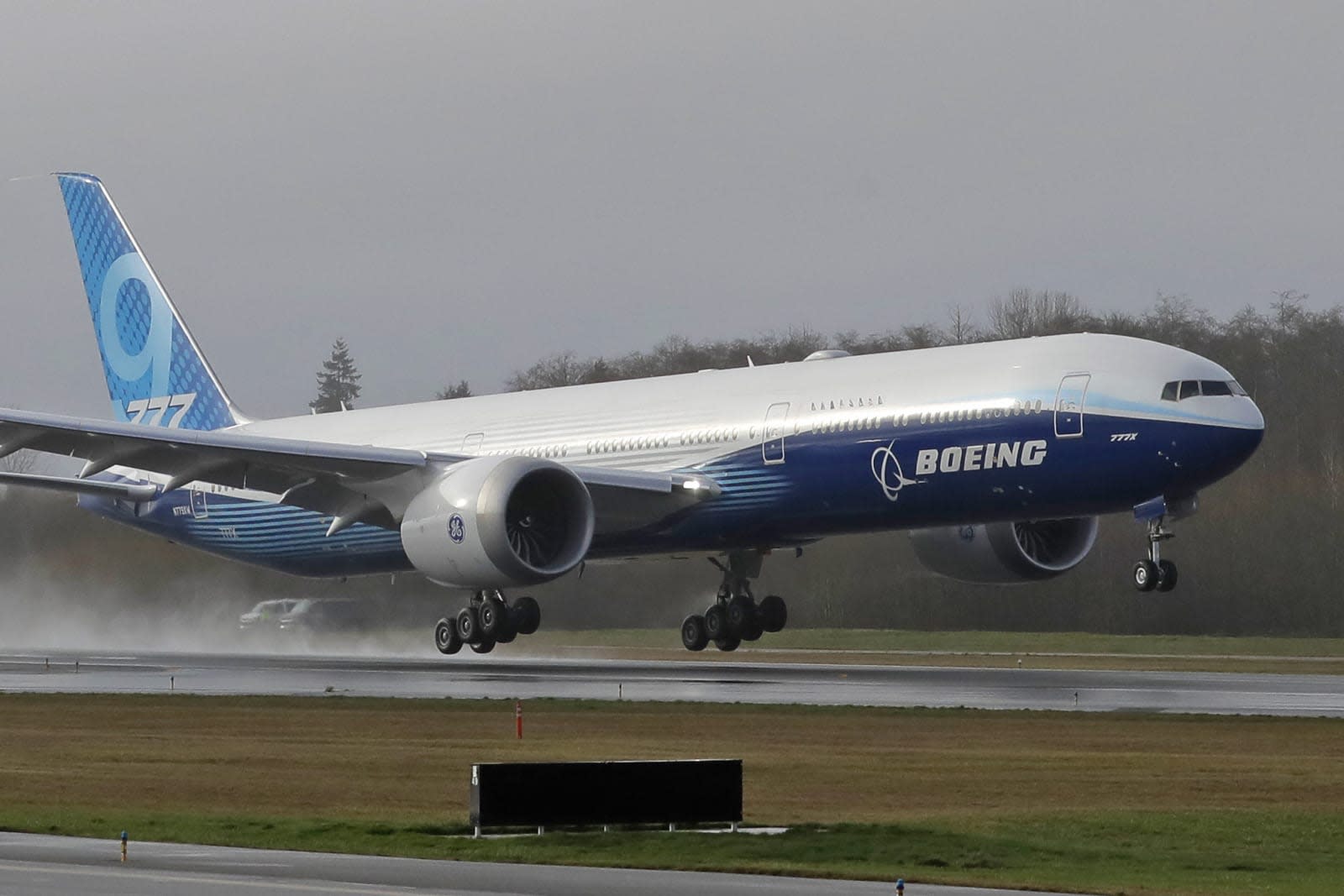 Boeing is still grappling with the consequences of its safety mistakes, but it does have something to crow about at the moment. The company has completed the first test flight of the 777X, believed to be the largest twin-engine jet aircraft to date at roughly 252 feet long (in the 777-9 trim you see here) and over 235 feet across when its wingtips are extended for flight. The shakedown flight saw the 777X fly across Washington state for three hours and 51 minutes before it returned to Boeing Field in Seattle.

The aircraft's proportions are made possible in no small part due to the massive GE9X engines that each put out about 100,000 pounds of thrust. Boeing is also touting 10 percent better fuel efficiency than "the competition," which includes aircraft like the Airbus A350-1000. The 777X series won't have trouble carrying passengers, with the 777-8 hauling 384 people and the 777-9 handling 426. Airbus' rival machines carry between 350 and 410 people.

The 777X doesn't go into service until 2021, when Emirates and other airlines start receiving their aircraft. There will be plenty of tests in between, though. Boeing has three other test aircraft, and it's planning a "comprehensive" series of tests both in the air and on the ground. The company is clearly aware of its tarnished safety image in light of deadly 737 Max crashes, and it wants to reassure everyone that behemoths like the 777X are safe before they start taking everyday travellers.

In this article: 777x, aircraft, airliner, boeing, gear, test flight, transportation
All products recommended by Engadget are selected by our editorial team, independent of our parent company. Some of our stories include affiliate links. If you buy something through one of these links, we may earn an affiliate commission.