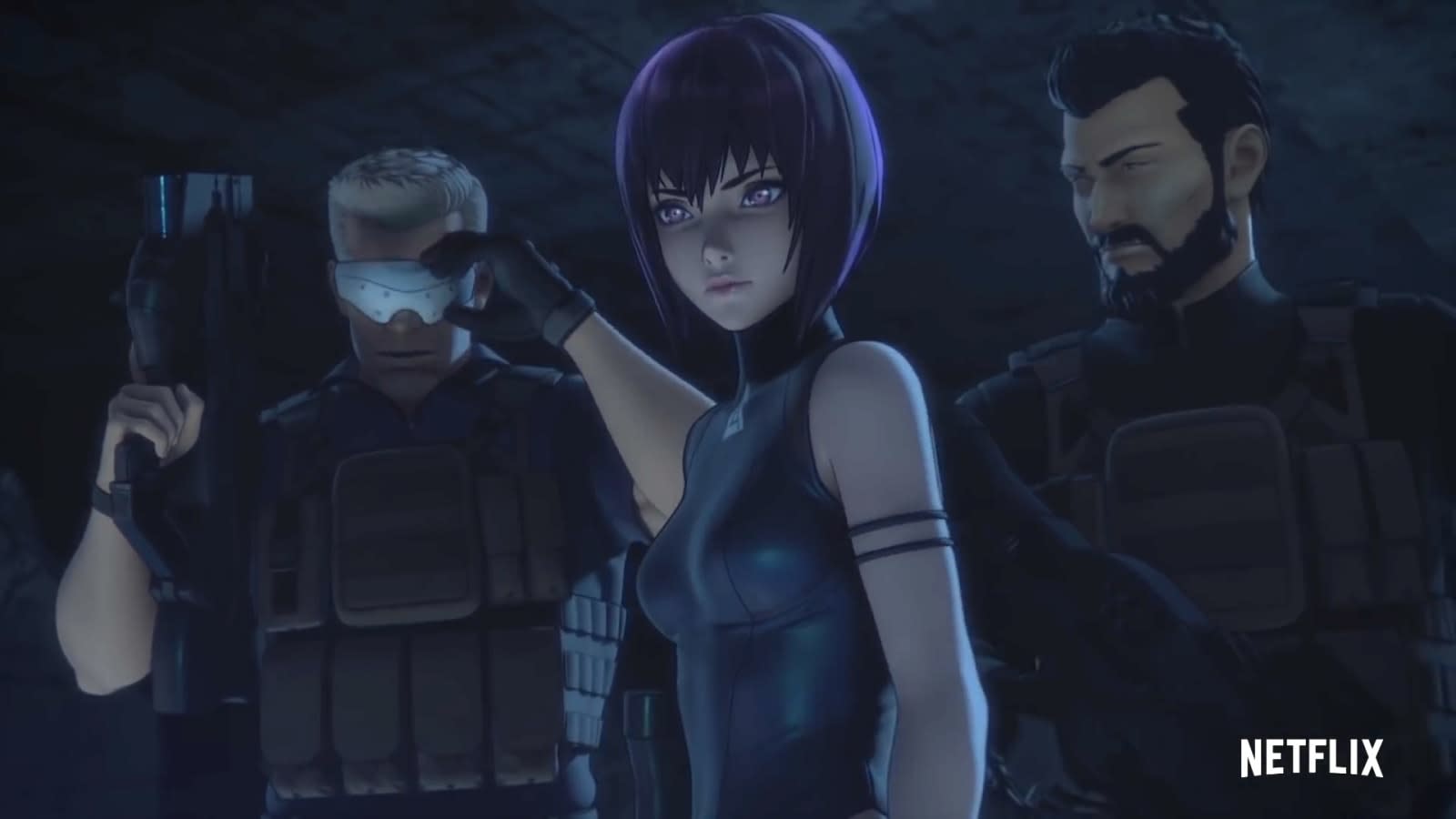 Netflix has unveiled a new trailer for its 3DCG anime series Ghost in the Shell: SAC_2045 and announced that it will arrive in April of 2020. The video reveals that the entire original cast from the Ghost in the Shell SAC series, including Atsushi Nakanaka (Motoko Kusanagi), Akio Takatsuka (Bato), and Hirota Takaji (Togusa) will return. The music will be composed by Nobuko Toda, who worked on the Metal Gear Solid series, along with Kazuma Jinnouchi.

The 3DCG animation style -- the first for a Ghost in the Shell production -- has proved to be divisive, with more thumbs-down than thumbs-up votes on the original teaser trailer. That could be because it varies dramatically from the original hand-drawn anime style, to put it generously.

What folks can be more excited about is the return of the original anime cast and the fact that it will also be directed by Kenji Kamiyama (Ghost in the Shell: Stand Alone Complex) and Shinji Aramaki (Appleseed). That's key because the films have always been just as much about the dystopic storytelling as the animation style.

The SAC-2045 title refers to Stand Alone Complex, the well-received 2002 anime series written and directed by Kamiyama. That series was set in 2032, so with the new series happening in 2045, it could be a loose sequel.

While the original film and series were financial and cultural successes (having inspired movies like The Matrix), the first crack at it as a live action movie starring Scarlett Johansson proved to be a flop. Cultural appropriation aside, that film had dazzling visuals but critics generally felt it lacked the highly original storytelling from the anime source material. If Netflix's series can deliver that, then maybe the 3DCG animation style will bother folks less.

In this article: 3dcg, Anime, art, av, entertainment, Ghost in the Shell, Ghost in the Shell SAC_2045, Netflix, streaming
All products recommended by Engadget are selected by our editorial team, independent of our parent company. Some of our stories include affiliate links. If you buy something through one of these links, we may earn an affiliate commission.