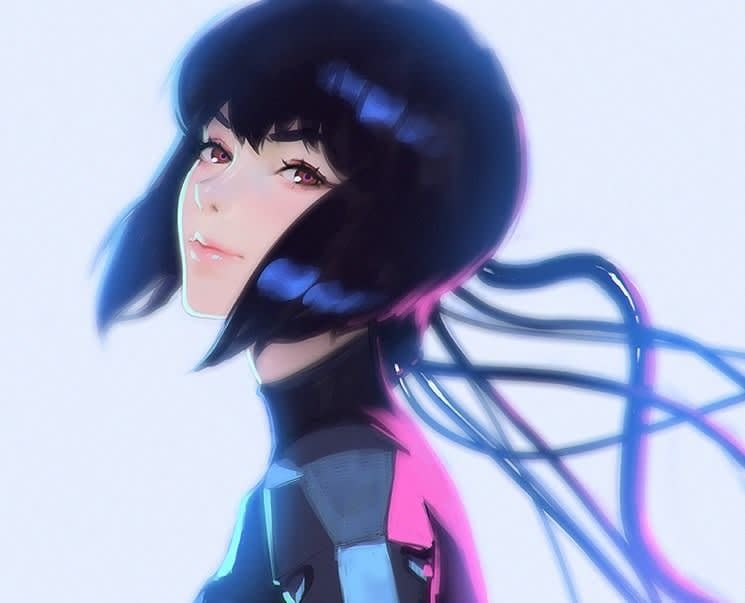 Netflix has released the first trailer for its upcoming Ghost in the Shell anime, alongside teasers for three other animated series the company plans to release throughout the fall and into 2020.

A word of warning: if you have fond memories of Mamoru Oshii's two Ghost in the Shell movies, you may want to avert your eyes. Of all the trailers Netflix released today, the one for Ghost in the Shell: SAC_2045 is the only one that has nearly as many dislikes on YouTube as it does likes. A lot of that has to do with the 3DCG animation style on display in the trailer, which, it's fair to say, fans have responded to divisively.

That said, it's worth pointing out that the clip only includes some 22 seconds of footage. And as much as anime fans like to pine for the days of hand-drawn animation, there have been examples of great 3DCG anime. In 2017, for example, Amazon Prime Video exclusive Land of the Lustrous showed just how effectively the technology could be utilized to adapt an artist's vision. What's more, Ghost in the Shell has always been about its ideas, and with Kenji Kamiyama (Ghost in the Shell: Stand Alone Complex, Eden of the East) and Shinji Aramaki (Appleseed) on directing duties, the new series is sure to get fans thinking about the future, the nature of humanity and all that. Ghost in the Shell: SAC_2045 will start streaming in 2020.

The other three series Netflix released trailers for are Eden, Levius and The Disastrous Life of Saiki K.: Reawakened. Like SAC_2045, Eden features a 3DCG animation style, but one that looks more natural. It also features some heavyweight talent in the form of Fullmetal Alchemist: Brotherhood director Yasuhiro Irie. Likewise, the premise looks interesting, with two robots raising a human girl in a post-human world. Eden is heading to the streaming service in 2020.

If you've seen last year's excellent Megalo Box, the premise of Levius will be familiar. It imagines a steampunk world where boxers fight using mechanical enhancements. Here again the series CG animation is likely to stop some people from giving the series a fair shake. Of all the series Netflix showed off today, Levius will premiere first on November 28th.

Lastly, The Disastrous Life of Saiki K.: Reawakened is a new adaptation of a popular Shonen Jump manga. If the trailer is any indication, the show knows not to take itself too seriously. It will premiere on December 30th.

In this article: 3dcg, anime, art, av, entertainment, ghost in the shell, netflix, services
All products recommended by Engadget are selected by our editorial team, independent of our parent company. Some of our stories include affiliate links. If you buy something through one of these links, we may earn an affiliate commission.