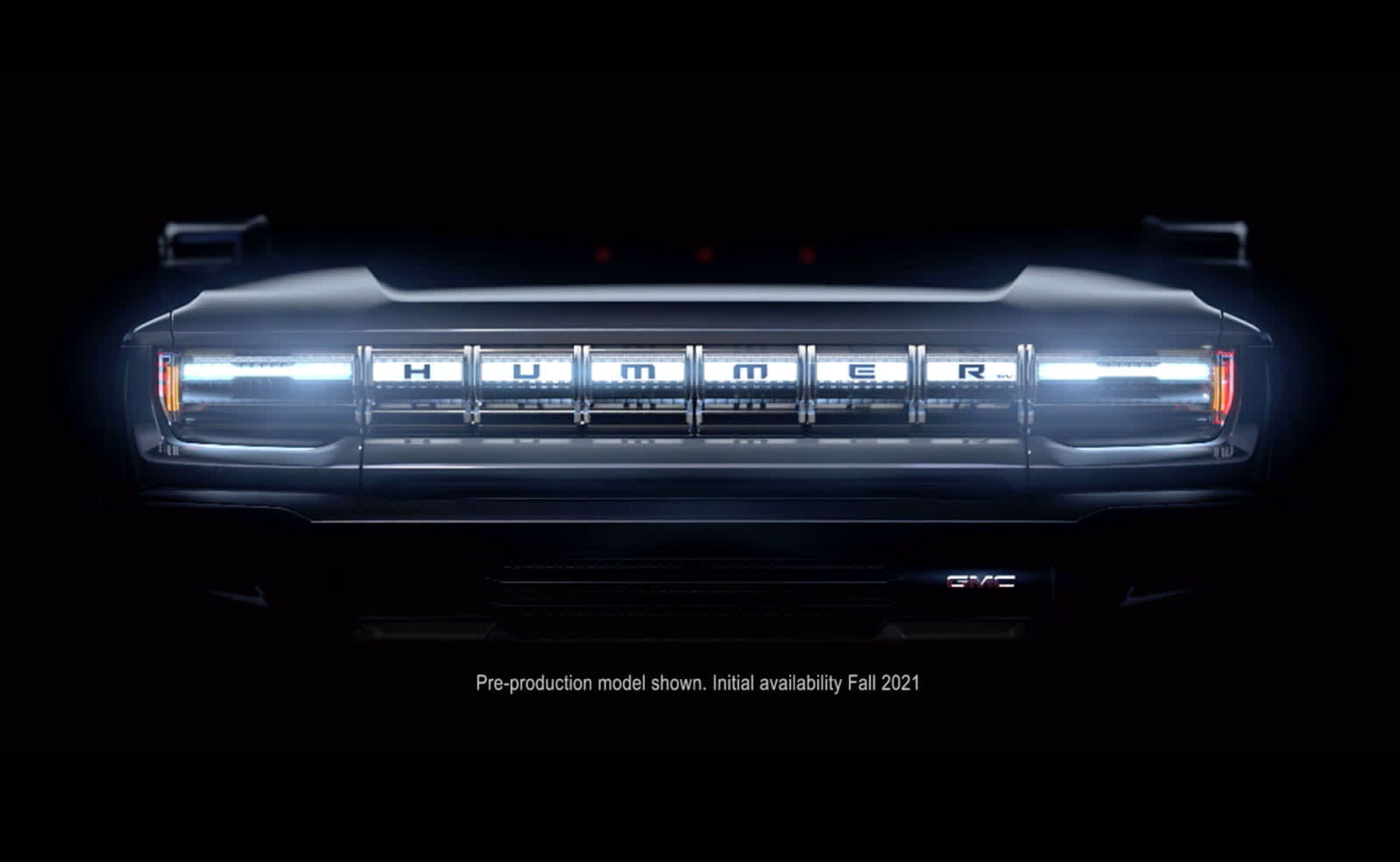 The rumors of GM resurrecting the Hummer were on the mark. Its GMC brand has teased the rebirth of the Hummer as an all-electric truck, with a full reveal due on May 20th. The company isn't showing much of the EV at this stage, but it's already willing to brag. It estimates that the new Hummer will have up to 1,000HP, a peak 11,500lb/ft of torque and a 0-60MPH time of around 3 seconds. This could easily be a competitor for the tri-motor version of Tesla's Cybertruck, to put it another way.

Unfortunately, you'll have to wait a while. As you might have noticed in the disclaimer, GMC expects to make its electric Hummer available in fall 2021. This teaser is about whetting appetites -- a longer 30-second spot will air during Super Bowl LIV on Sunday -- not to mention countering the buzz for the Cybertruck, Rivian's R1T and Ford's eventual electric pickup.

Still, the announcement represents a symbolic turnaround for the Hummer badge and GM as a whole. The original civilian Hummer (the H1) was meant to capitalize on post-Gulf War fervor and represented '90s excess between its enormous size and horrible fuel economy -- it was practically designed to hurt the environment. Successive models like the H2 and H3 weren't much better, and the series was often characterized by sluggish performance. The electric revival isn't likely to be modest by any stretch, but it'll be far gentler to the planet even as it offers power its gas-guzzling predecessors could never have achieved.

In this article: electric truck, electric vehicle, ev, gear, gm, gmc, green, hummer, pickup truck, transportation, truck, video
All products recommended by Engadget are selected by our editorial team, independent of our parent company. Some of our stories include affiliate links. If you buy something through one of these links, we may earn an affiliate commission.