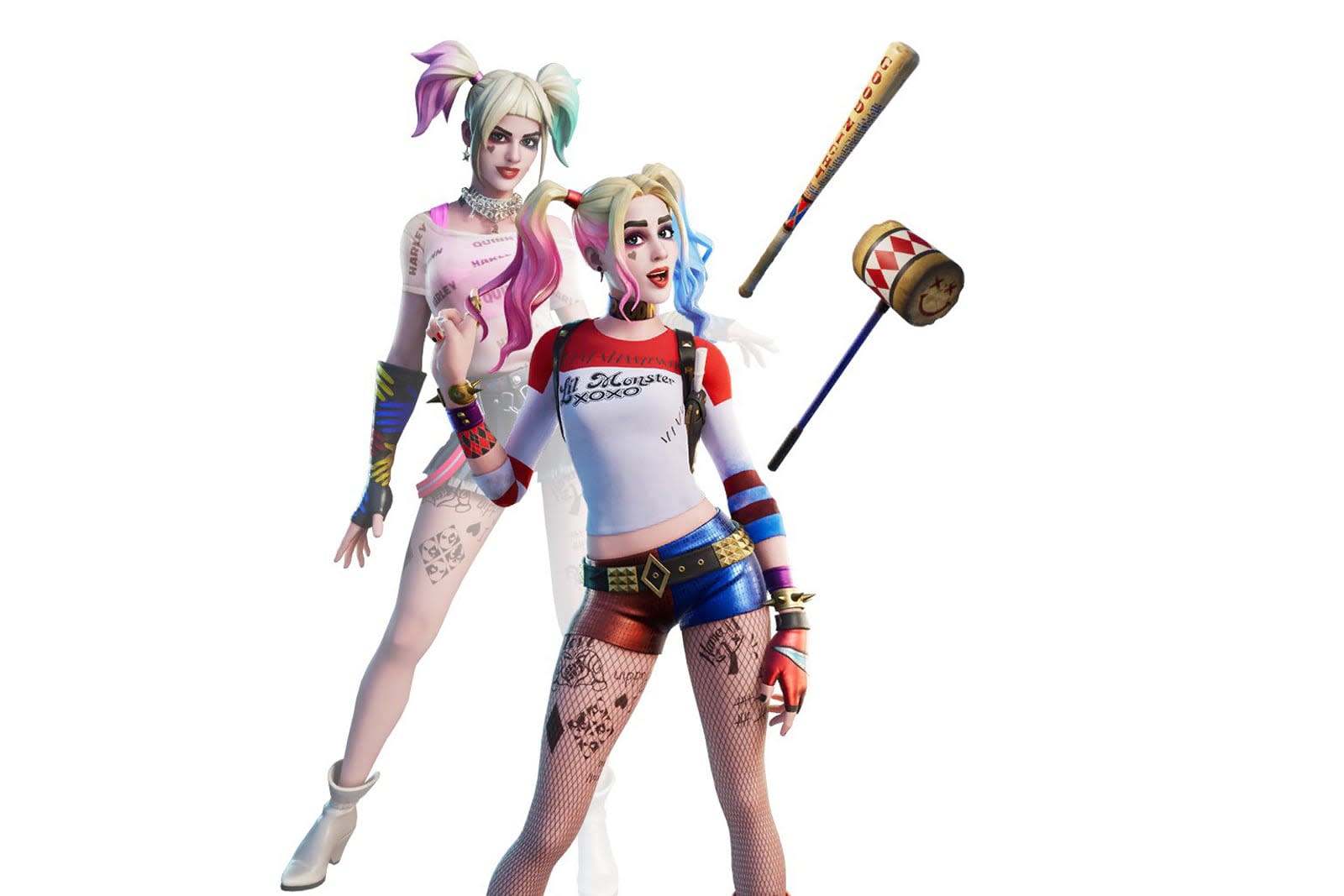 Batman and Catwoman won't be the only DC characters to have made a Fortnite appearance. Sleuth Lucas7yoshi has discovered that Harley Quinn will soon be available to buy in the Item Shop as part of the larger 11.5 update. Not surprisingly, it's a plug for the imminent Birds of Prey movie -- you can play as Harley in her guises from both the new movie and Suicide Squad, complete with a baseball bat or mallet in place of the usual pickaxe. There's no sign of the classic jester outfit or the rest of the Birds of Prey crew, but it might do the trick if the movie has you eager for some Harley-themed mayhem.

There's more on tap. Epic appears to be introducing a Valentine's Day event, Love and War, that will include challenges as well as free cosmetics like the Crushed and Ex skins. You should also see the return of launch pads, and Unreal Engine's Chaos physics engine will add more realistic behavior... well, as realistic as it gets for a game where people jump from a bus and drink juice to protect themselves.

These additions are really a last hurrah for the current season before Chapter 2 Season 2 starts on February 20th. Don't get too attached to the way things are right now, then. Although many of the goodies are likely to carry over, Fortnite is poised to change again in the near future.

In this article: av, gaming, personal computing, personalcomputing
All products recommended by Engadget are selected by our editorial team, independent of our parent company. Some of our stories include affiliate links. If you buy something through one of these links, we may earn an affiliate commission.