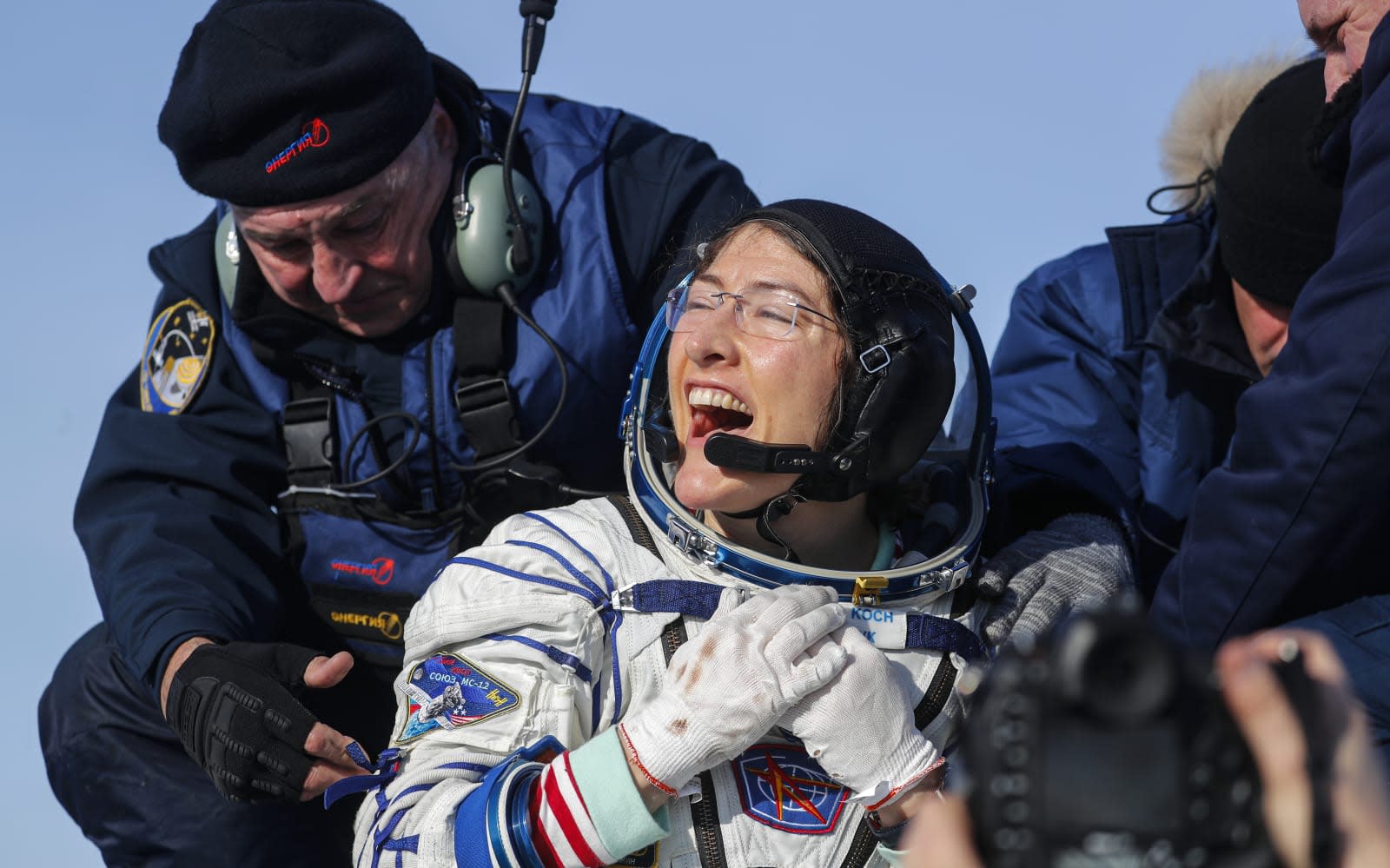 After 328 days in space, NASA astronaut Christina Koch is back on Earth. She returns holding the record for the longest stay in space by a woman, and she has earned bragging rights for another major milestone: she and fellow NASA astronaut Jessica Meir completed the first all-female spacewalk during Koch's extended stay aboard the International Space Station (ISS).

Koch, along with European astronaut Luca Parmitano and Russian cosmonaut Alexander Skvortsov, left ISS at 12:50AM ET. Around 4AM ET, their Soyuz MS-13 spacecraft touched down in Kazakhstan, and they were taken to a nearby medical tent to restore their balance in gravity.

.@Astro_Christina completes a record 328-day mission in space returning to Earth with @Astro_Luca and Alexander Skvortsov both of whom completed 201 days in space. Read more... https://t.co/9L8Zb7hFrt pic.twitter.com/MMwoCj1QaP

Koch's record-breaking stay was her first journey to space. In the 11 months that she was aboard the ISS, she orbited Earth 5,248 times, traveling 139 million miles, roughly the equivalent of 291 trips to the Moon and back. She conducted and supported more than 210 investigations, and perhaps most importantly, participated as a research subject. NASA will study Koch to help determine the long-term effects of spaceflight on the human body. Those findings could be vital for NASA's return to the Moon and eventually Mars.

Prior to Koch's extended flight, Peggy Whitson held the record for longest female spaceflight for her 288-day mission from 2016-2017. NASA astronaut Scott Kelly still holds the US record for staying in space 340 consecutive days, and Russia's Valeri Polyakov spent 437 days in orbit.

In this article: astronaut, Christina Koch, ISS, nasa, record, space, spaceflight, SpaceWalk, tomorrow
All products recommended by Engadget are selected by our editorial team, independent of our parent company. Some of our stories include affiliate links. If you buy something through one of these links, we may earn an affiliate commission.