It can finally handle 4K, but not with the vaunted Dual Pixel autofocus.

Canon just unveiled its most powerful mirrorless camera yet, but it isn't quite done with DSLRs. The company also announced the EOS Rebel T8i (the EOS 850D in Europe), a camera with very slight improvements over the Rebel T7i. While it packs a sensor with the same resolution as before, it can now shoot a bit quicker at up to 7 fps thanks to the new Digic 8 processor.

It still features 45 cross-type autofocus points for optical viewfinder shooting, but now supports face-detect autofocus in that mode. If you go to live view, you can shoot at 7.5 fps using Canon's accurate Dual Pixel AF system. On the video side, it can handle 4K video at up to 24p, but only using the contrast detect autofocus. If you want Dual Pixel phase-detect AF for video, you'll be limited to 1080p shooting at up to 60 fps.

Other features including a fully-articulating 1.04-million dot display that's ideal for selfies/vlogging, a single UHS I card slot and battery that's rated for 700 shots per charge. The EOS Rebel T8i will arrive "soon" at $750 for the body only, or $900 with the EF-S 18-55mm f/4-5.6 IS STM kit lens. 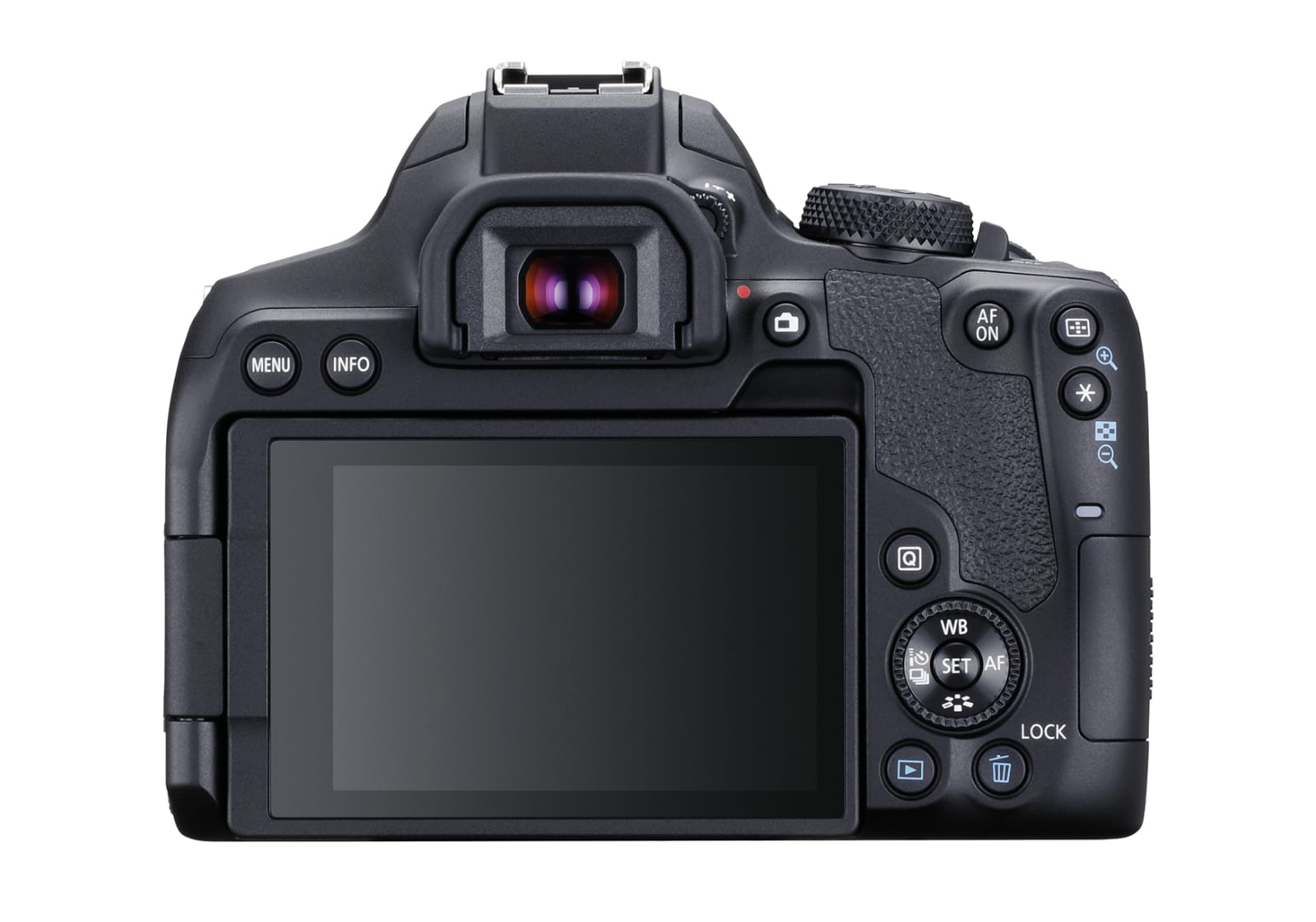