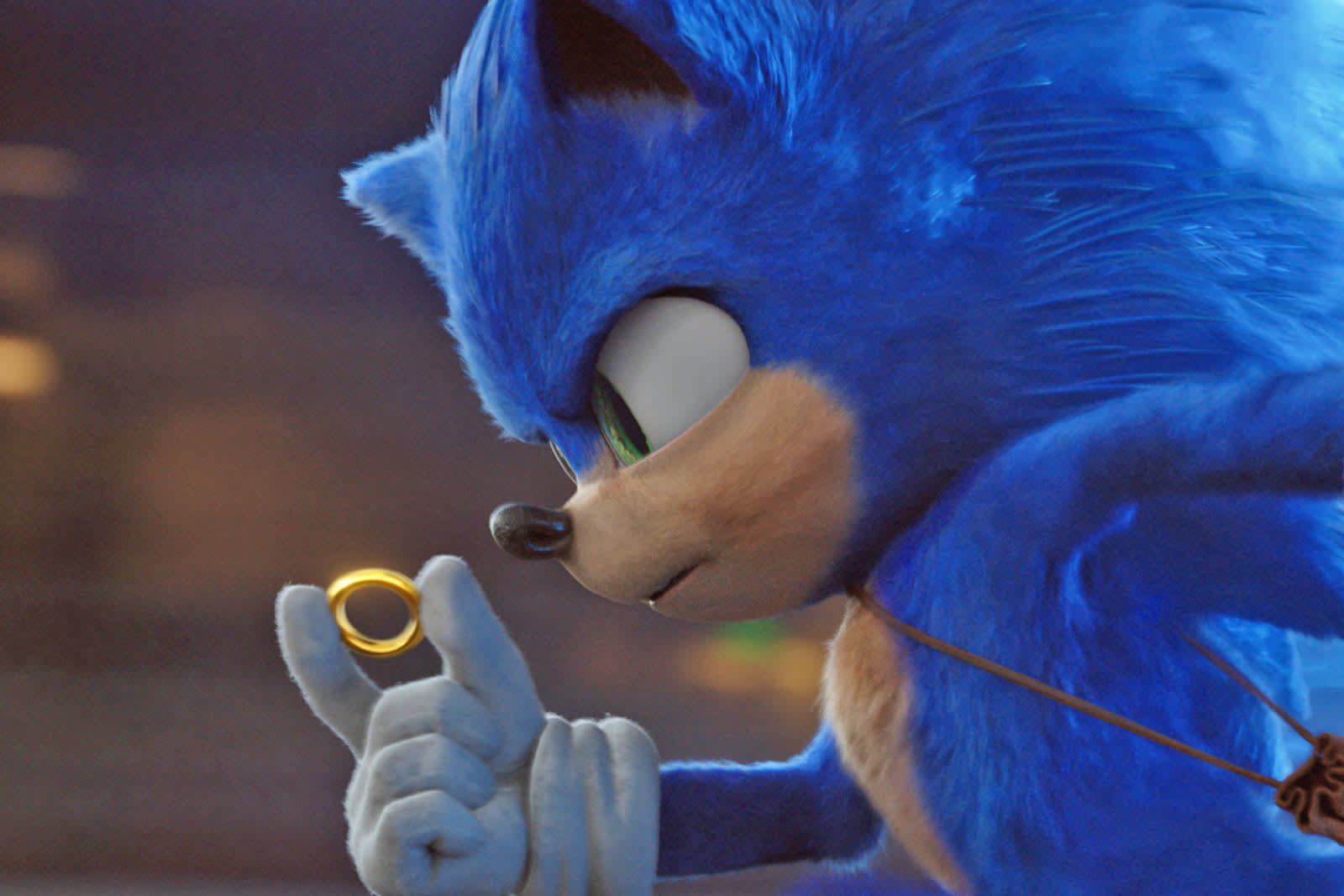 The Sonic the Hedgehog movie has come a long, long way from that horrifying initial trailer. Paramount's adaptation just broke the record for a video game movie's three-day opening in the US, pulling in $57 million compared to Detective Pikachu's $54.3 million. Estimates have Sonic raking in $68 million over four days, which could give it one of the best Presidents Day performances of any movie -- and definitely the best for the 2020 holiday weekend. That's not adjusted for inflation, but still no small feat. Remember, Sonic premiered in February (when audiences are smaller, and studios often slot their less promising movies) where Detective Pikachu debuted at the height of the early blockbuster season in May.

Worldwide, the flick has earned about $100 million, with countries like Mexico and the UK showing stronger demand than most.

While few would call Sonic a cinematic tour de force, the strong opening suggested that the decision to delay the movie and revamp Sonic's graphics paid off. If you have gripes with the movie, the visuals probably aren't part of them. It stands in sharp contrast to Cats, whose rushed CG put people off and contributed to a much smaller box office. The musical left movie theaters after just eight weeks with slightly under $27.2 million earned in all of North America.

It's too soon to provide a definitive explanation for why Sonic has succeeded where other video game movies have failed, but there are a few factors at play. The Presidents Day weekend opening certainly helps -- there are plenty of parents looking to entertain their kids, and the movie doesn't have to compete against heavyweights. Sonic is also a very recognizable name, even to younger audiences, and recognizable talent like Ben Schwartz, Jim Carrey and James Marsden helps. While this isn't necessarily proof that video game movies have hit their stride, it does show that they can fare well in the right circumstances.

In this article: av, entertainment, gaming, movie, movies, paramount, paramount pictures, sega, sonic the hedgehog
All products recommended by Engadget are selected by our editorial team, independent of our parent company. Some of our stories include affiliate links. If you buy something through one of these links, we may earn an affiliate commission.