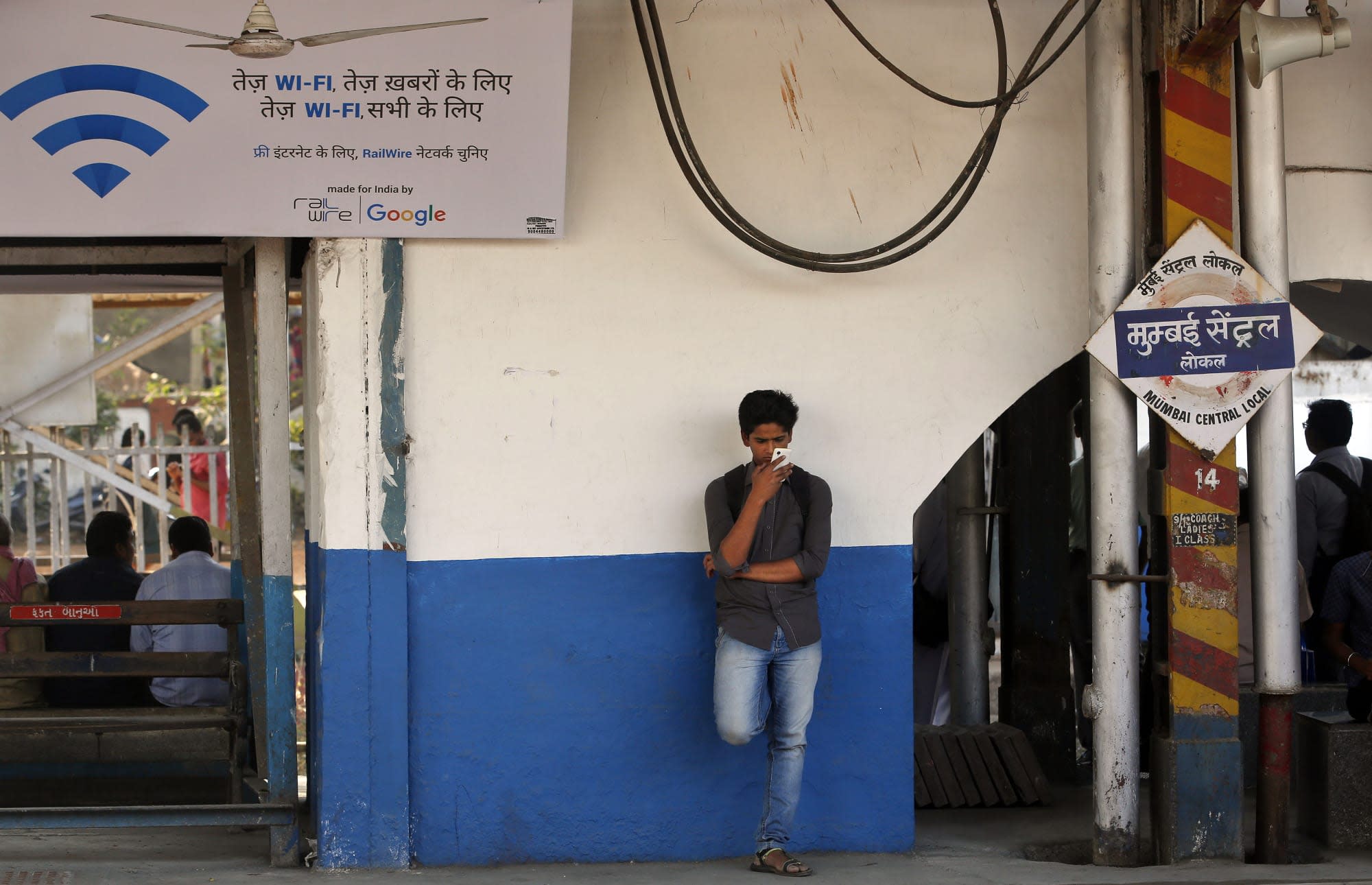 After almost four years of providing free internet access to people in developing countries, Google plans to shut down its Station program. The initiative saw the search giant offer free public WiFi at 400 railway stations in India and more than 5,000 other places around the world, including in Brazil, South Africa, Mexico, Thailand and Vietnam. News of the shutdown started to filter out last week, but Google officially confirmed the news on Monday.

In an interview with TechCrunch, Google's Caesar Sengupta said the company is ending the program because it was running into issues scaling it. Each of the partners Google worked with to provide public WiFi had different technical and infrastructure needs, which made developing Station into a sustainable business challenging. Google had tried to monetize the service by showing ads to people as part of the login process. He also said the increased availability of cheap LTE data, particularly in India, made Google feel the program wasn't as needed as it was before.

The good news is that most Stations will continue to offer free WiFi. For instance, RailTel, Google's WiFi partner in India, will continue to provide free internet access at all 400 stations where the service is currently available. "We are working with our partners to transition existing sites so they can remain useful resources for the community," Sengupta told TechCrunch.

Besides Google, several other tech companies have tried to narrow the digital divide in developing countries, with some finding more success than others. For example, Facebook's Free Basics initiative was banned in India in 2016 over net neutrality concerns. Despite the shutdown, it seems Station had been widely successful. In 2018, Google said Station had 8 million monthly active users in India, with people who were using the service consuming an average of 350MB per session at the time.

In this article: business, free wifi, gear, google, Google Station, internet, Public WiFi, station, WiFi
All products recommended by Engadget are selected by our editorial team, independent of our parent company. Some of our stories include affiliate links. If you buy something through one of these links, we may earn an affiliate commission.