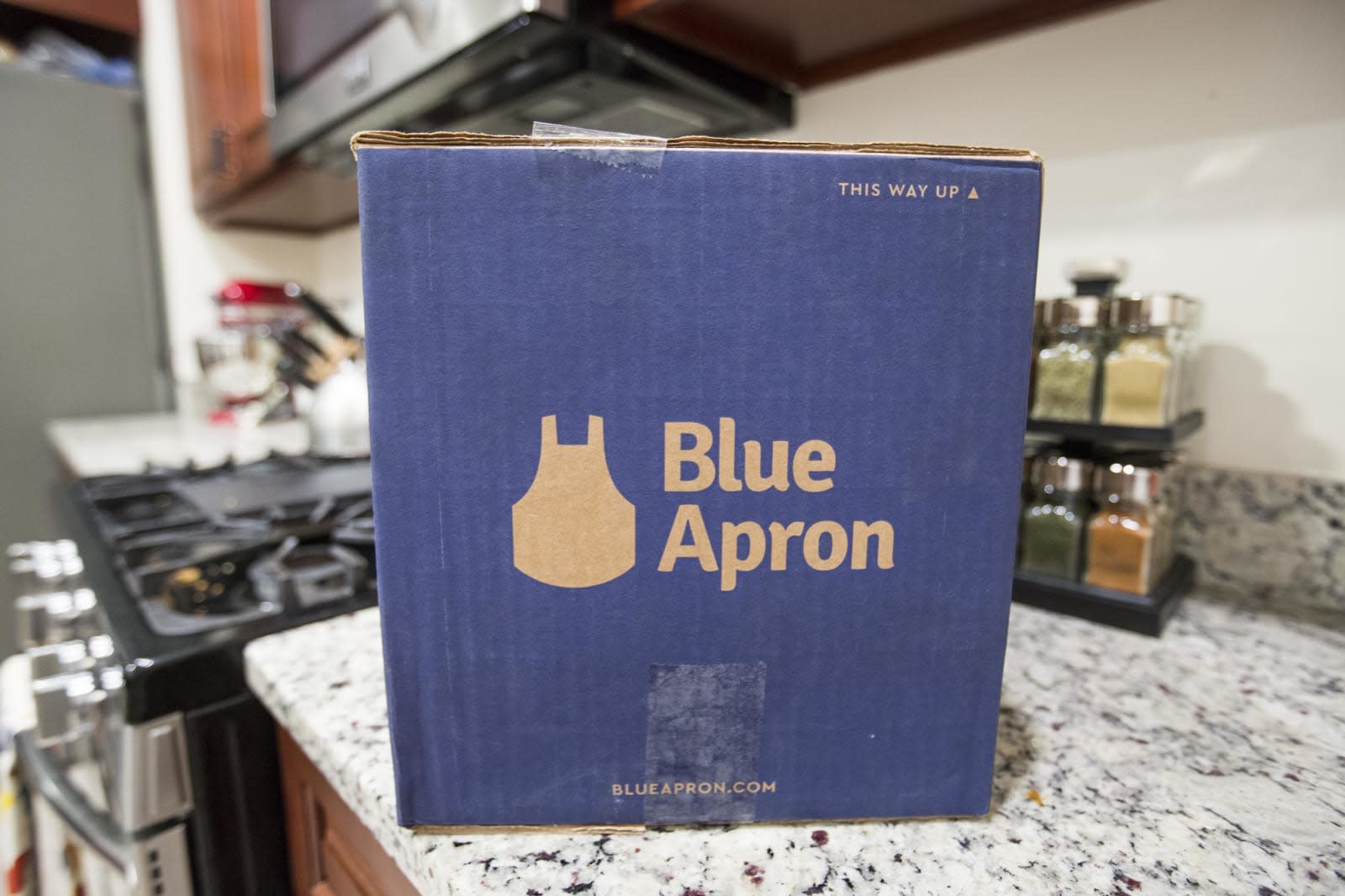 Blue Apron has been struggling in recent years, and that's leading the company to consider some extreme options. The online meal kit service has revealed that it's looking at "strategic alternatives" that include a merger, raising funds, offloading assets or selling the company outright. It warned that there was no guarantee anything would happen, but this is the kind of language companies frequently use when they're running out of options.

Recent subscriber data explains just why Blue Apron is exploring mergers and sales. The company's customers dropped from about 557,000 at the end of 2018 to 351,000 a year later -- that's a drop of nearly 37 percent in the space of a year. Orders dropped by nearly a third, too. And while Blue Apron has been targeting "high affinity" (read: particularly loyal) customers, its average income per customer only climbed slightly. Blue Apron is losing its audience, and those people who are left aren't big enough fans to make up the difference.

There has been sign of trouble for a while, including a failed public stock offering in 2017 as well as more than one round of layoffs.

The primary cause of Blue Apron's woes isn't clear. It does have competition in the meal kit world from Amazon and Walmart, but there may also be a threat from restaurant delivery apps like Uber Eats and DoorDash. Customers might simply be happier to pay for ready-made meals instead of the ingredients for home-cooked food, even if they spend significantly more in the process. Whatever the cause, Blue Apron may have a tough time revitalizing its business if it's forced to go alone and can't pinpoint what it's doing wrong.

In this article: blue apron, business, cooking, earnings, food, food and drink, food-and-drink, foodanddrink, gear, internet, meal kit, meal kits, q42019, services
All products recommended by Engadget are selected by our editorial team, independent of our parent company. Some of our stories include affiliate links. If you buy something through one of these links, we may earn an affiliate commission.