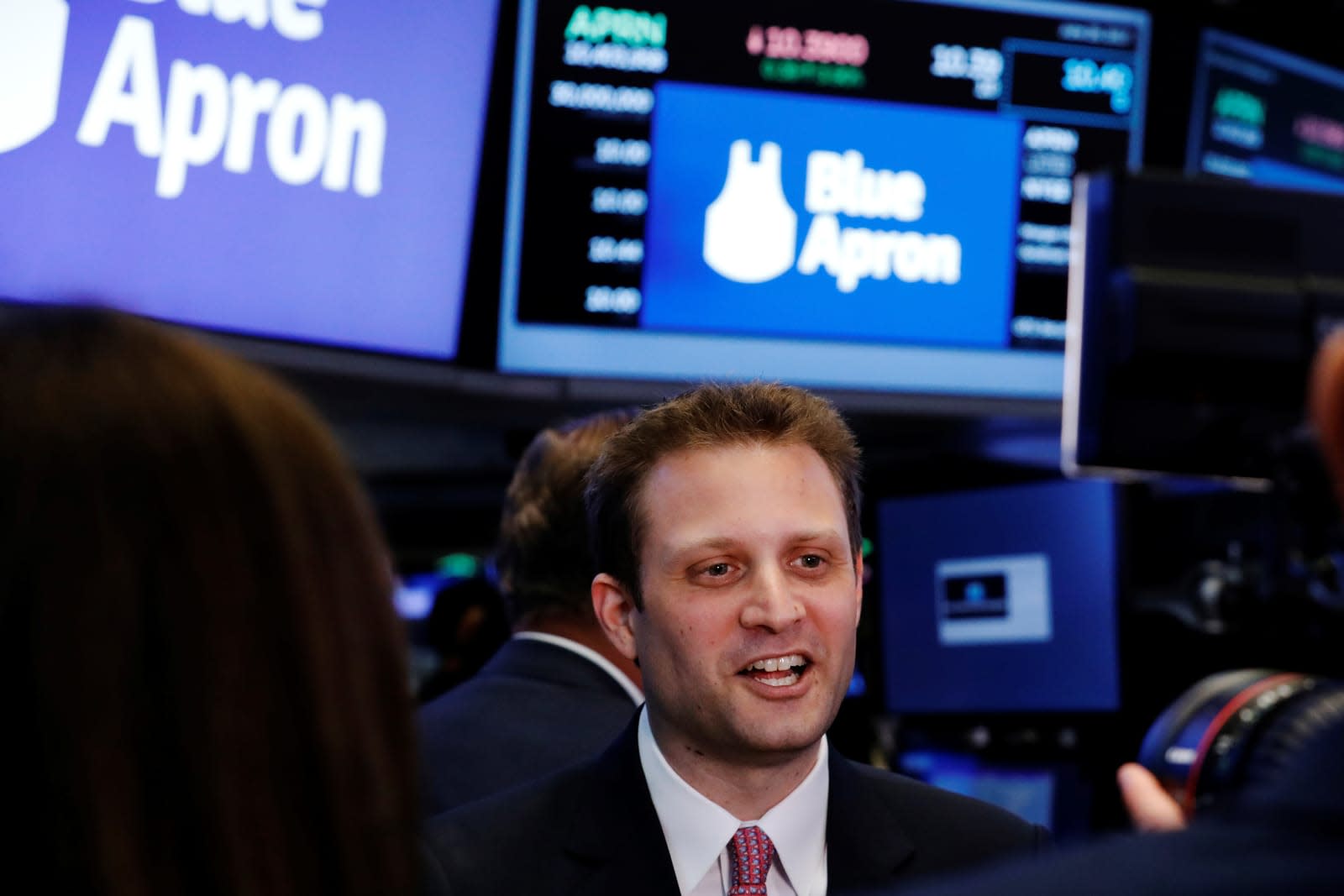 Less than a month after an earnings report indicated customers dropped six percent from last year, Blue Apron has a new CEO, as co-founder Matt Salzberg steps down from his role as president and CEO. Former CFO Brad Dickerson will now fill both of those roles and join the company's board of directors where Salzberg will remain as chairman.

Blue Apron just completed its initial public offering in June, but its stock price has already dropped from $10 to around $3 and last month it laid off six percent of its employees. The five-year-old company is facing more competition from others in the space like HelloFresh and Plated, while also being squeezed by meal kits from companies like Amazon (which just bought Whole Foods) and Kroger.

In this article: blueapron, business, ceo, cfo, gear, mattsalzberg, mealkit
All products recommended by Engadget are selected by our editorial team, independent of our parent company. Some of our stories include affiliate links. If you buy something through one of these links, we may earn an affiliate commission.