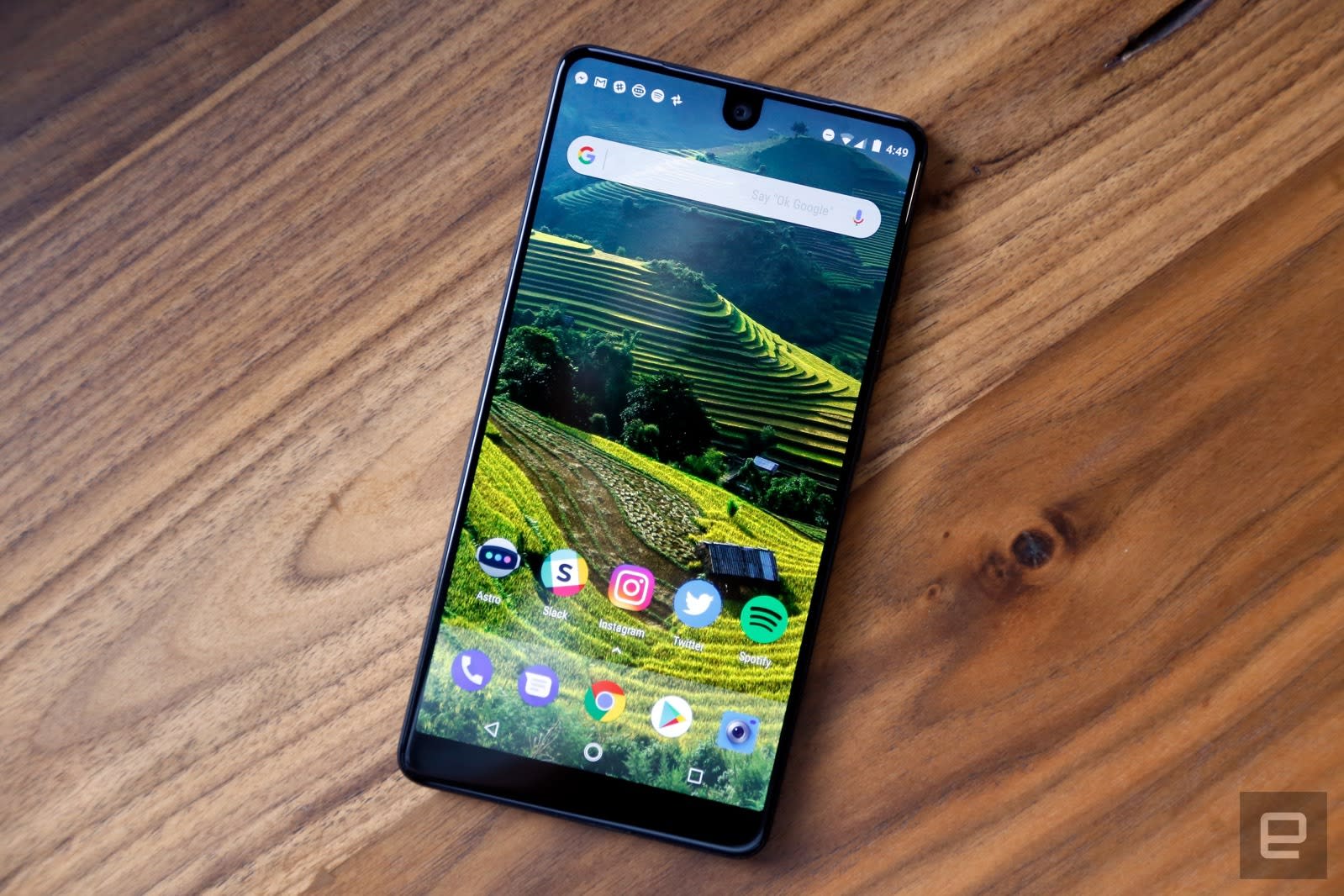 It's barely a year since Android founder Andy Rubin launched Essential, a new smartphone startup, and he's already considering giving it up for sale. According to Bloomberg, Rubin and co. has hired Credit Suisse Group AG to consult on a possible sale and apparently already have attracted at least one potential buyer.

The company launched its first-ever smartphone, the Essential PH-1, back in August of last year with a build-up of hype and fanfare. This was supposed to be the ideal Android phone as Rubin imagined it, a flagship handset built out of premium materials like titanium and ceramic. But even then, our review concluded that it fell short of its potential, with a less-than-stellar camera and a screen that could be better. Early customers also complained about a sluggish touchscreen.

It also just didn't sell well. While the starting price was somewhere around $700, it eventually fell by $200. The Bloomberg report stated that the startup sold at least 150,000 units of the phone.

According to Bloomberg, current discussions involve the sale of the entire company, which includes the patent portfolio, smartphones like the PH-1, an upcoming smart home device, plus a camera accessory. Plans for a second follow-up smartphone have apparently been shelved, with most of the engineering effort shifted toward that aforementioned smart home product.

Yet, this doesn't mean the end of the Essential phone business. Bloomberg reports that the company is considering hiring a manufacturer other than Foxconn to create a phone with the Essential brand. This way it could get out of the development process but still be able to remain in the smartphone business.

Update: Andy Rubin tweeted the following about the phone cancellation, though he did not mention anything about selling the company.

We always have multiple products in development at the same time and we embrace canceling some in favor of the ones we think will be bigger hits. We are putting all of our efforts towards our future, game-changing products, which include mobile and home products.

In this article: android, andyrubin, essential, gear, mobile
All products recommended by Engadget are selected by our editorial team, independent of our parent company. Some of our stories include affiliate links. If you buy something through one of these links, we may earn an affiliate commission.