Over the last year, we've seen Hasbro jump on the Fortnite bandwagon by releasing themed Nerf guns. It's now turning its attention to a more historic gaming franchise, with the company announcing three Halo-themed Nerf guns that will come out this fall.

The highlight of the new lineup is a $50 motorized version of Halo's iconic assault rifle. The MA40 will come with 10 darts and a clip mechanism that automatically feeds the projectiles into the blaster's chamber. Unlike its in-game counterpart, the MA40 from Hasbro isn't a fully automatic weapon; each trigger pull fires a single dart. As far as everyone's safety is concerned, that's likely for the best. You'll also need four C batteries to make it work (sold separately, naturally). On the plus side, each one comes with a code to unlock the MA40's color scheme in the upcoming Halo: Infinite. 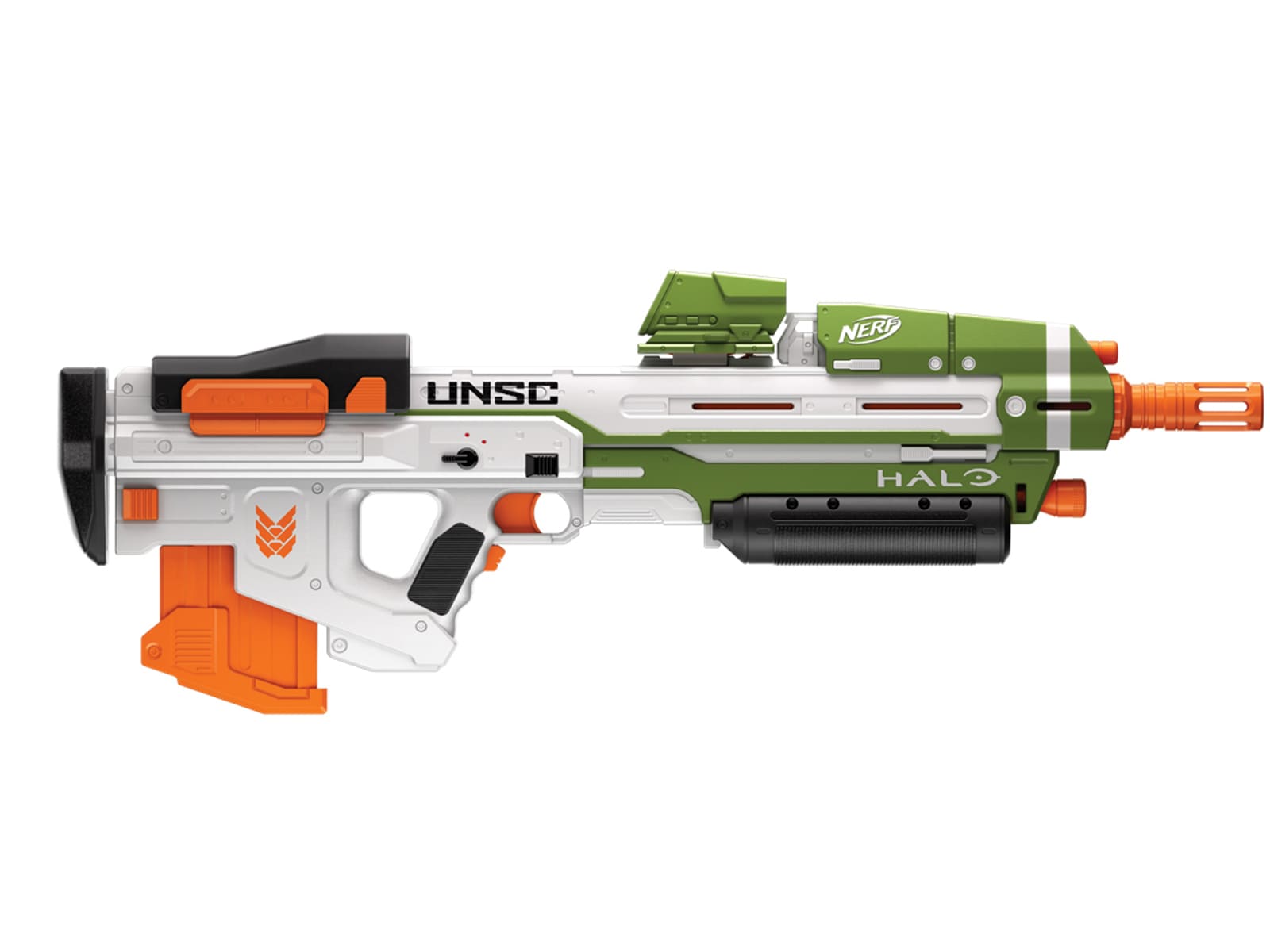 The two other blasters are part of Hasbro's Microshots lineup. First, there's the SPNKR, which is based on the double-barrel rocket launcher of the same name. It fires a single shot at a time but comes with two darts. Last but certainly not least, there's the Needler -- which needs no introduction. Sadly, Hasbro's take on one of Halo's most iconic weapons doesn't fire homing projectiles. Instead, it's a single-shot dart gun. Both will cost $10. 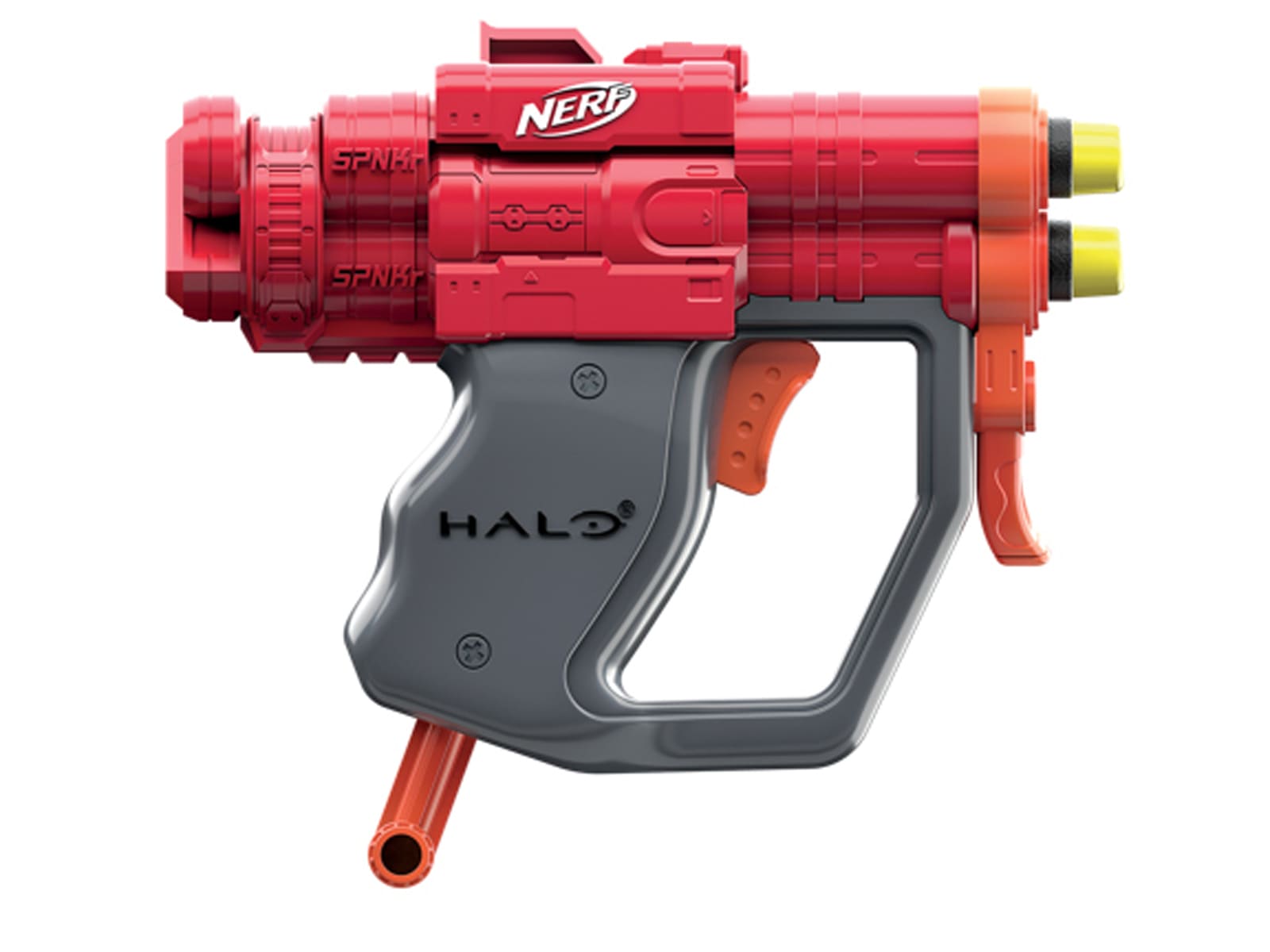 You'll be able to buy Hasbro's new Halo Nerf guns on October 1st, which should coincide nicely with the holiday 2020 release window of Halo: Infinite and the Xbox Series X. We'll have to see whether Halo has as much pull with kids as Fortnite does, but if you grew up with the series, these are definitely a fun addition to the company's lineup.