We’re still not getting the theatrical cuts of the original trilogy, though.

So far, Star Wars fans have only been able to watch The Last Jedi and Solo on 4K Blu-ray. The rest of the live action movies will be getting the 4K Blu-ray treatment on March 31st, though, for a total of 11 Star Wars films on the high resolution format. That, of course, includes the latest entry -- and the final chapter in the "Skywalker Saga" -- The Rise of Skywalker, which comes out on March 17th on digital and March 31st on standard and 4K Blu-ray.

Watching the films with a new level of super sharp clarity will be a treat, so it may be worth it for fans who already own the standard Blu-ray versions of the movies to upgrade. Unfortunately, the original trilogy movies coming to 4K Blu-ray -- A New Hope, The Empire Strikes Back and Return of the Jedi -- will be the Special Edition versions, which made some much-needed visual improvements, but also added gaudy and distracting CGI elements. 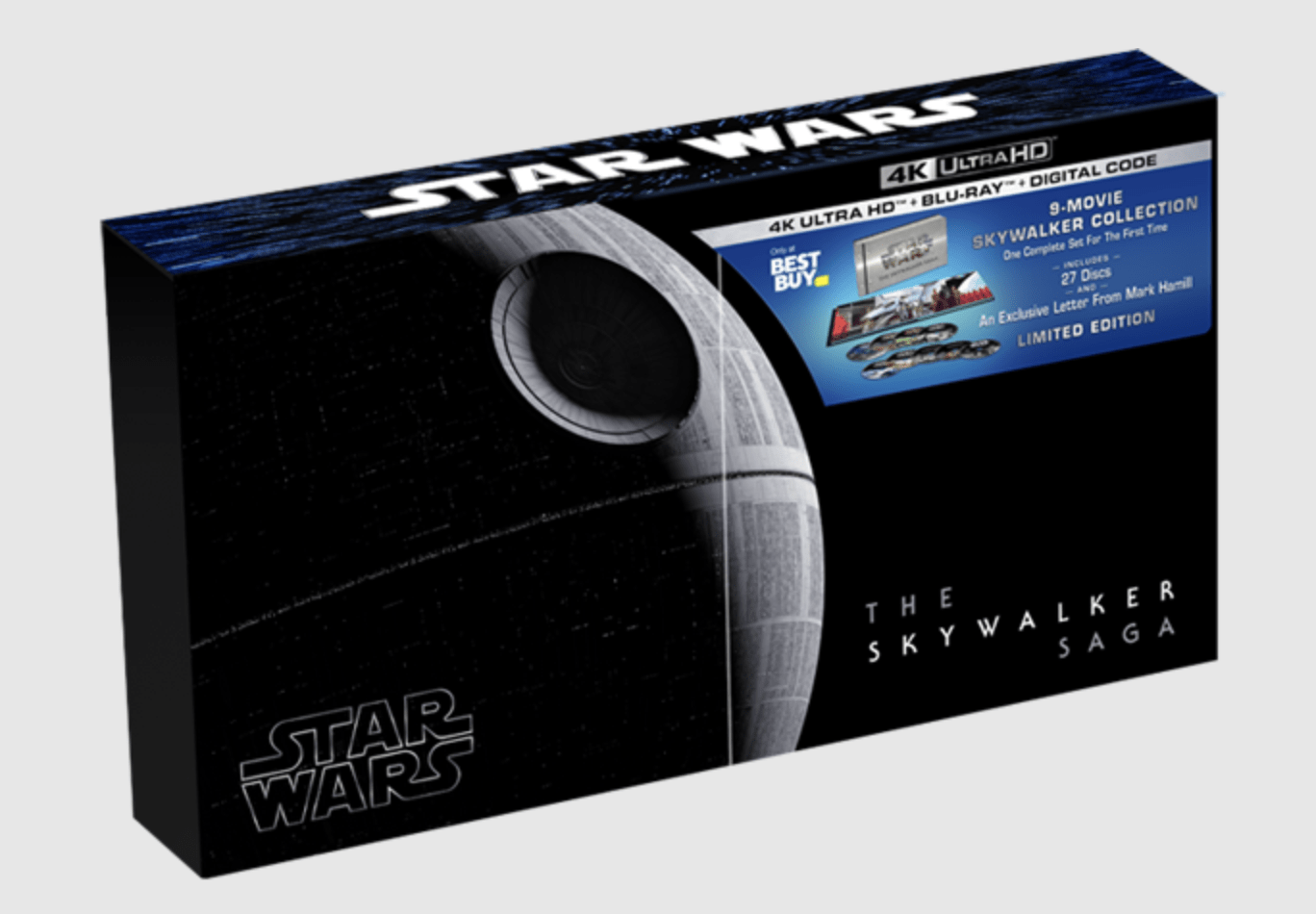 The nine main entries in the Star Wars saga will be available in a limited edition box set that includes 27 discs. You'll have to pick up the side stories -- Rogue One and Solo -- separately. It seems like March 31st is going to be an expensive day for die-hard Star Wars fans.