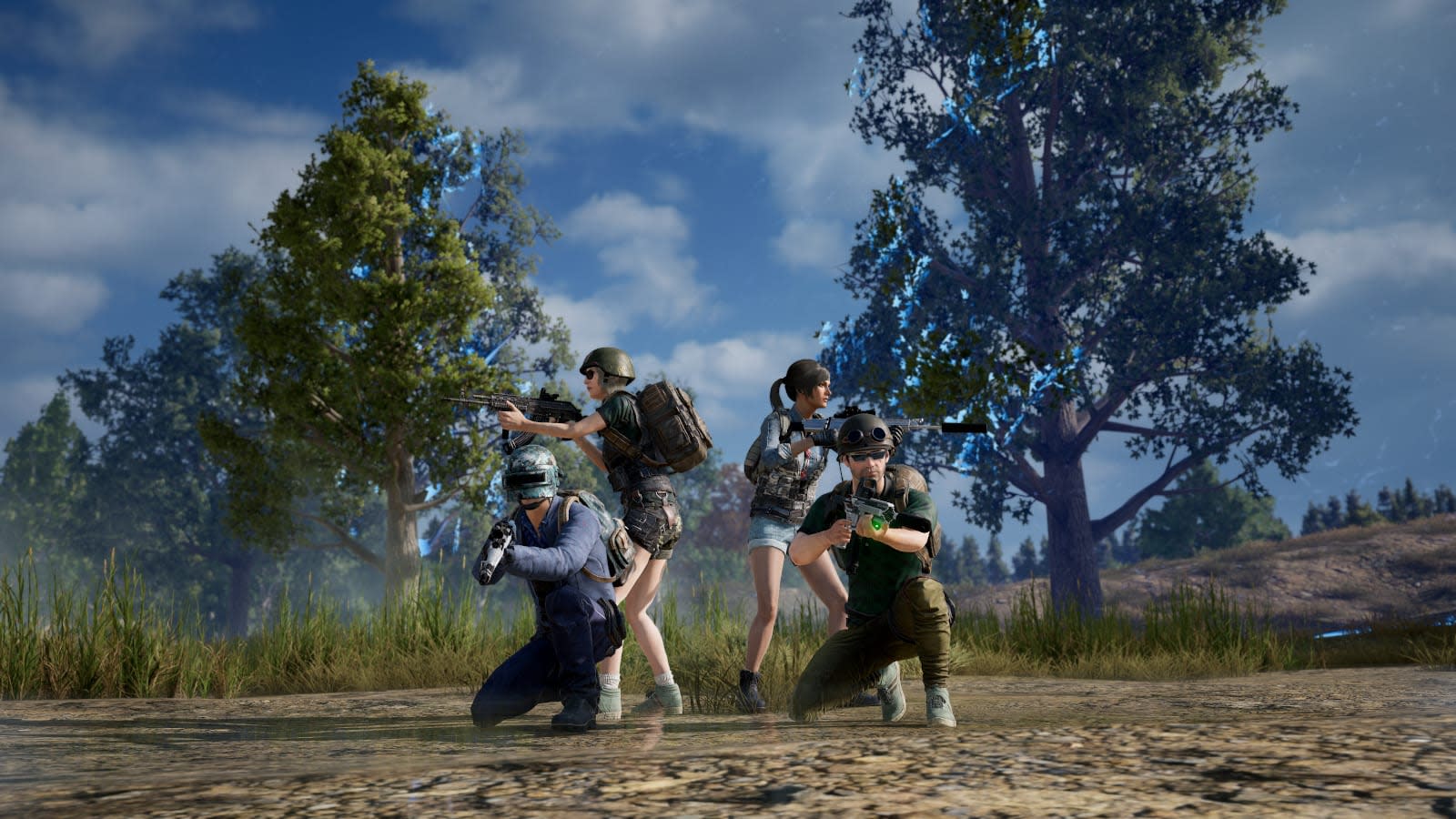 Last year, PlayerUnknown's Battlegrounds started allowing PS4 and Xbox One players to square off against one another. Which was a welcome addition, unless what they really wanted was to play with each other. Now, the online multiplayer battle royale game has finally introduced cross party play capability, giving PS4 and Xbox One players the option to team up and form a single party. Unfortunately, PC players aren't included in this update and still won't be able to party up with their console-using friends.

As part of the feature's rollout, the game has added a new friends list tab marked "PUBG" that displays friends on different consoles. That way, players can search for users across platforms in one place:

The cross party play feature is now live on PUBG's Public Test Server, which allows all players who own the title to test upcoming features and help the developer find bugs and issues before they're released to the main game. PS4 players can find it in the "Purchased" section of their Library, while Xbox One players can download it from the Microsoft Store or find it in the "My Games and Apps" menu.

In addition to cross party play, PUBG has also launched Team Deathmatch on the Public Test Server for those who want to play 8 versus 8 first person perspective matches on seven different battlefields. Players are getting some gameplay improvements, as well, including changes to how grenades and molotov cocktails work.

Console Players: Update 6.2 is now available on the PTS!

Drop in to test Cross Party Play, which allows Xbox and PS4 players to party up together!

In this article: cross-play, gadgetry, gadgets, gaming, PS4, Xbox, Xbox One
All products recommended by Engadget are selected by our editorial team, independent of our parent company. Some of our stories include affiliate links. If you buy something through one of these links, we may earn an affiliate commission.