The company's focus on the future is letting down players today.

Andrey Doronichev is in charge of gamer experience at Stadia, Google's fledgling cloud-gaming service. In a conversation with him about the company's confidence in Stadia three months post-launch, Doronichev was unflappable. Though players have been complaining about a lack of updates, technical issues, missing features and a dearth of new games, Doronichev argued the service was still new and Google had actually grown it significantly since launch. Besides, he said, it's not about the daily experience in the early days. It's about the end goal -- the 8K, lag-free, game-streaming utopia that Google promised when it debuted Stadia.

In other words, this is fine.

"This is great," Doronichev continued. "This is what this all about, right? It's not just about some marginal improvements, it's not about a specific feature. It's about a big, bold statement of where we are going. We're going there very, very confidently. So judging by the velocity so far, if anything, I'm more confident in our ability to deliver and over-deliver."

Before launch, Google outlined a litany of features that still haven't made their way to Stadia: family sharing, iOS support, hardware-free subscription options, social features, a consistent lineup of new games, and in browsers, 4K mode, Google Assistant functionality and wireless play with the Stadia controller. Same goes for mobile devices with that last one. Since launch, Google has expanded Stadia to all Chromecast Ultras (it was locked to Stadia-specific devices for a while), added achievements and dropped its first multiplayer feature, Stream Connect, into Ghost Recon Breakpoint. And, just this week, Google expanded Stadia to 18 new Android devices, meaning the service isn't exclusive to Pixel phones any longer. 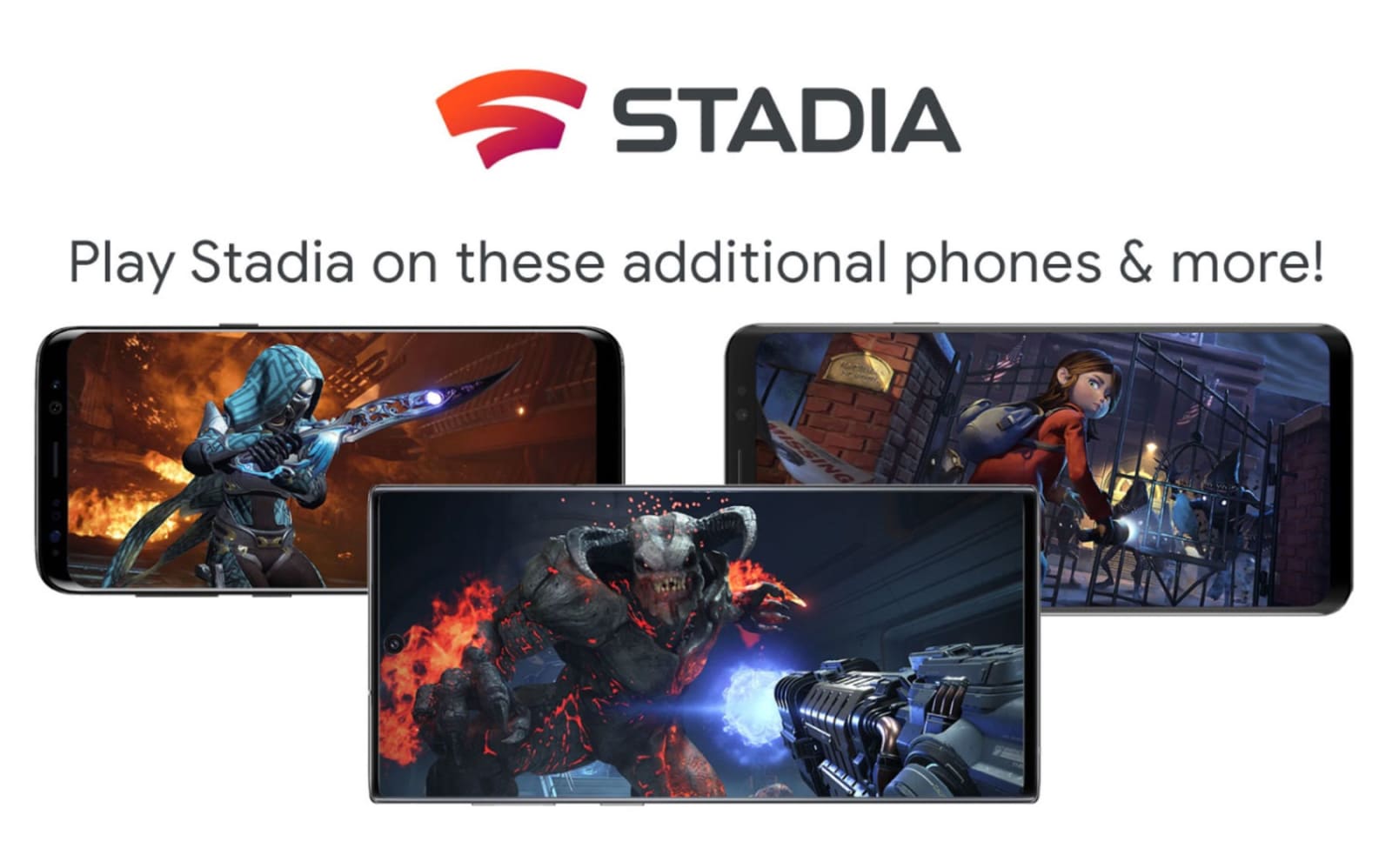 Meanwhile, Stadia's competitors, Microsoft xCloud and NVIDIA's GeForce Now, support a broad swath of Android devices. GeForce Now runs on any Android device with at least 2GB of RAM and running Lollipop or higher, while xCloud works on Android phones with Bluetooth 4.0 and powered by Marshmallow or higher. Early reviews of these services are positive, even though xCloud is still in preview and GeForce Now has been live for less than a month (after seven years of beta testing, of course).

It feels like there's an asterisk after every bold claim Google makes about Stadia.

One reason GeForce Now and xCloud are reviewing well is their presentation -- NVIDIA and Microsoft are transparent about what the services can actually do. GeForce Now, for instance, is capped at 1080p and 60 FPS, while xCloud maxes out at 720p, since it's limited to mobile devices for now. Google, on the other hand, is leading with the message that Stadia can hit 4K and 60FPS, but this comes with a handful of caveats. Stadia's 4K capability is limited to TVs only, and the games that Google made the most noise about -- namely Red Dead Redemption 2 and Destiny 2 -- don't actually play in 4K. Google didn't make this distinction clear; players and critics had to figure out which titles actually supported 4K on their own.

Google also promised to add 120 games to the service in 2020, though it hasn't shared specific titles and has said it's "up to the publishers" to announce their Stadia fare. Players are left wondering whether their favorite franchises will launch on the platform, and when Google has revealed new Stadia titles, the list is consistently underwhelming.

It feels like there's an asterisk after every bold claim Google makes about Stadia, adding invisible barriers to a system that's supposed to be borderless. Seriously -- there are literal asterisks in every line on the Google Stadia homepage, and half the site is just footnotes. 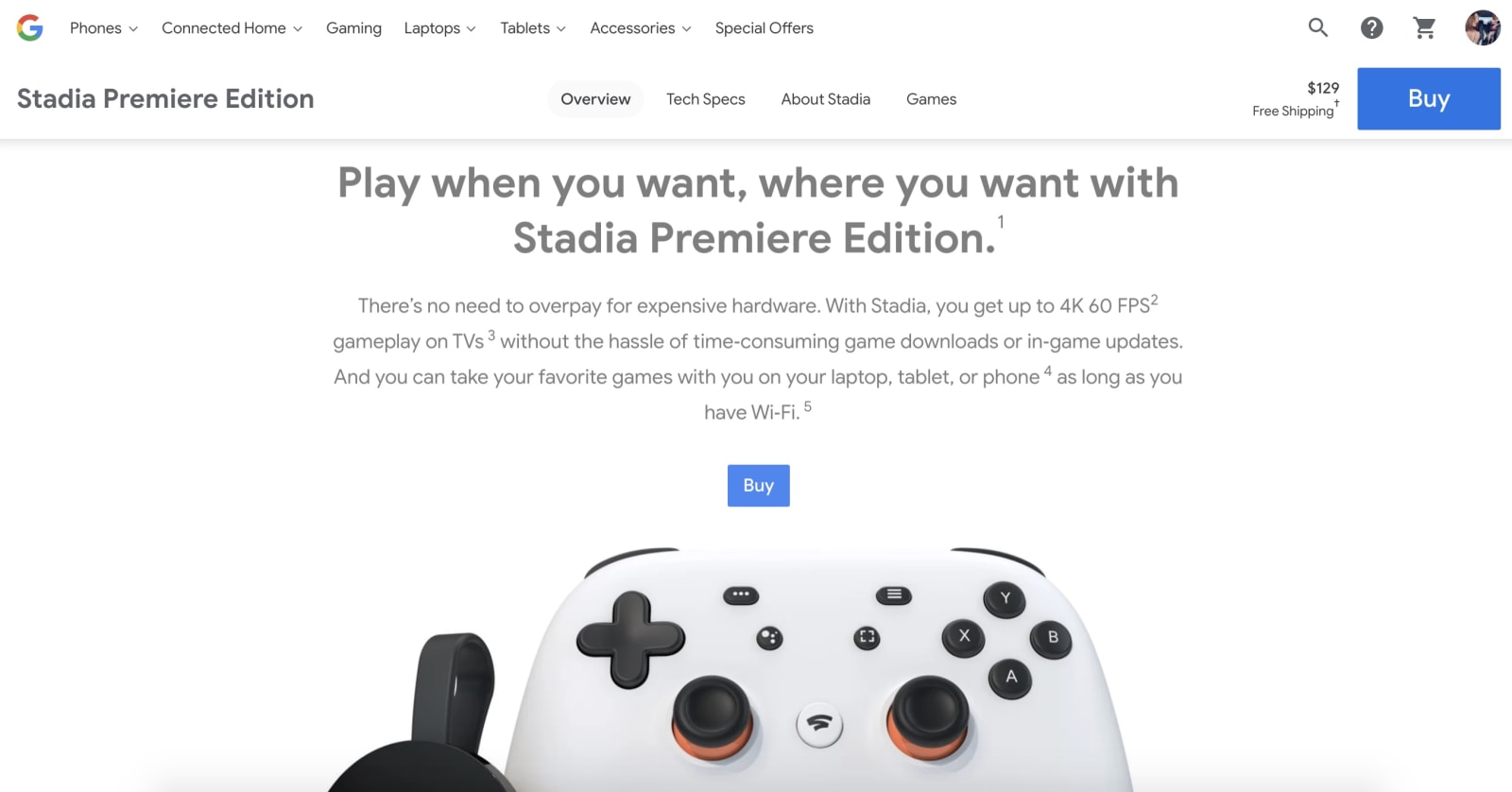 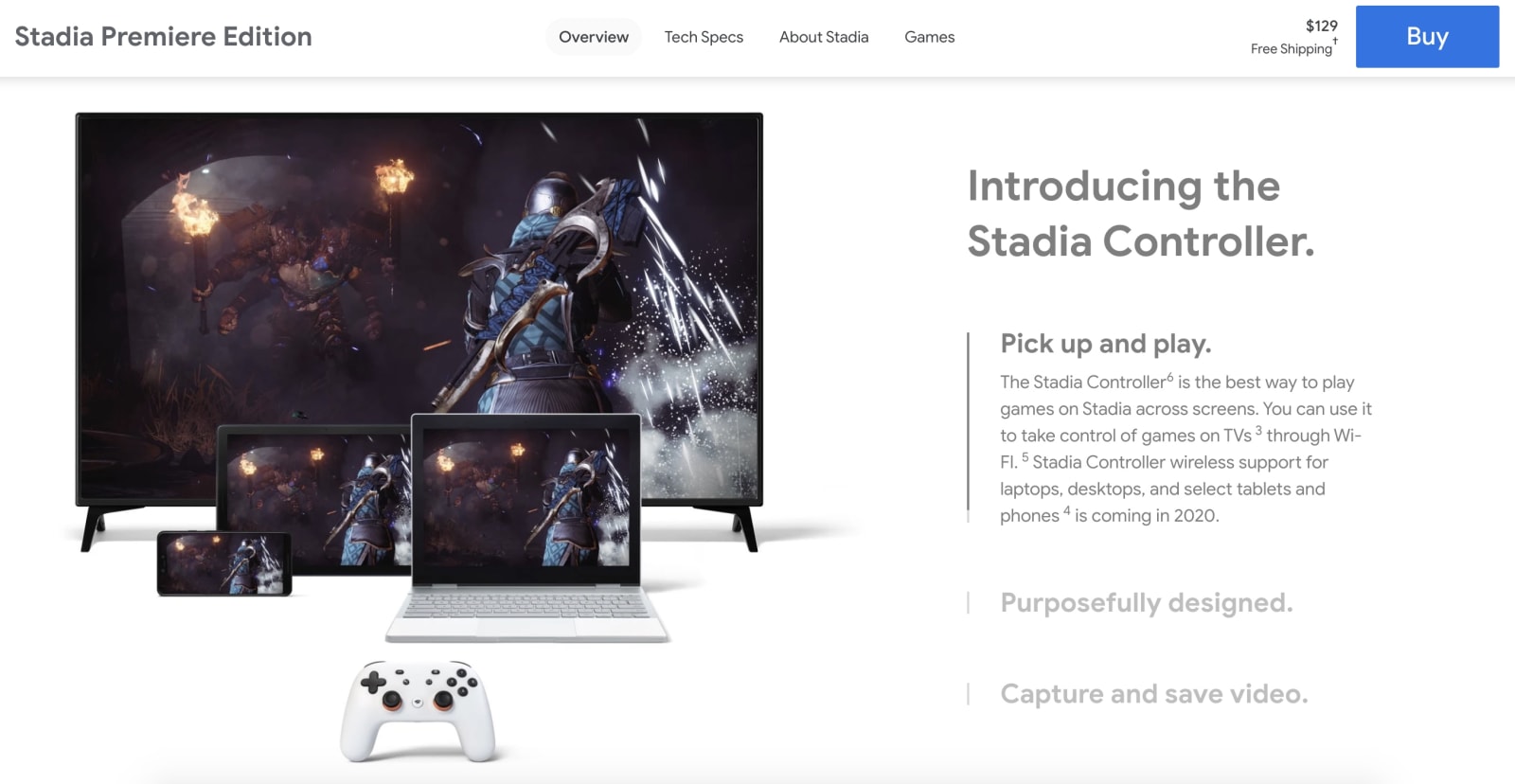 So even though Google's focus with Stadia is on providing the best resolution of any streaming service out there, on PC it's technically on par with GeForce Now. And in reality, it tends to look worse because Google has locked down graphics customization on Stadia. And even though Google has a special relationship with major internet service providers, it's still running into technical issues that cause game-breaking lag, stuttering and dips in resolution. This isn't a surprise, considering there are more than 2,000 ISPs in the United States alone, and 70 percent of the country doesn't have access to fiber-optic, the fastest internet delivery system around. No matter how powerful Google is, it can't control the network in every Stadia player's home -- or on the bus, at the coffee shop, in the airport... you get the idea.

Before anything else, cloud gamers just want to play and forget they're streaming.

The problem is, Google wants to make it seem like it can. Google has promised more than it's delivered, and small tweaks to its messaging could make a massive difference. For instance, instead of selling 4K support and then having to explain why most Stadia streams aren't actually in 4K, Google could cap everything at 1080p, like NVIDIA. The company would dodge the criticism of games "only" hitting 1440p, while also putting less strain on a system that's still brand new.

"I'm super excited about the roadmap ahead of us," Doronichev said. "We went ahead announcing our vision, which is big, and it will take us time to get there."

Cloud gaming is designed for folks with an appetite for high-fidelity games, but who don't own a rig capable of playing these titles. In 2020, these players are simply looking for a stable entry point into the market, not a bleeding-edge graphics package. Before anything else, cloud gamers just want to play and forget they're streaming.

Today is the final day of the three-month free trial provided to Stadia players via the $130 Founder's Edition. From now on, players will have to pay $10 a month to access Stadia Pro, or stick with the free version, which doesn't support 4K or include access to free games. Then again, the Pro tier barely does either.

">
All products recommended by Engadget are selected by our editorial team, independent of our parent company. Some of our stories include affiliate links. If you buy something through one of these links, we may earn an affiliate commission.