Now you have even more options for track building with Hot Wheels ID.

For stats-obsessed kids, last year's release of Hot Wheels ID was a godsend. The NFC-based system let you scan your cars into the app to keep tabs on how fast and how far the cars in your collection had traveled. And it definitely solved the problem of figuring out who won a race. But it wasn't cheap, and there was limited compatibility with Hot Wheels' existing orange track system. In 2020 the brand has a few expansions in the works for Hot Wheels ID that should place it in reach for a lot more toy car racing fans.

First up, the core ID setup gets a bit of a rethink. The Smart Track set, with its sturdy USB-connected pieces, was a pretty cool piece of tech. (We even included it in our holiday gift guide.) But at $180, it was probably too pricey for a lot of parents. This year there's a new $120 Core Track. It may cost $60 less but it carries all of the same functionality in terms of the race portal and the pump that propels the cars. The one concession you make for the price is that the assembled track set is a little bit smaller — not that I could tell at first glance. It's still a nice swooping oval shape with a loop in the middle, so maybe that's all you really need. 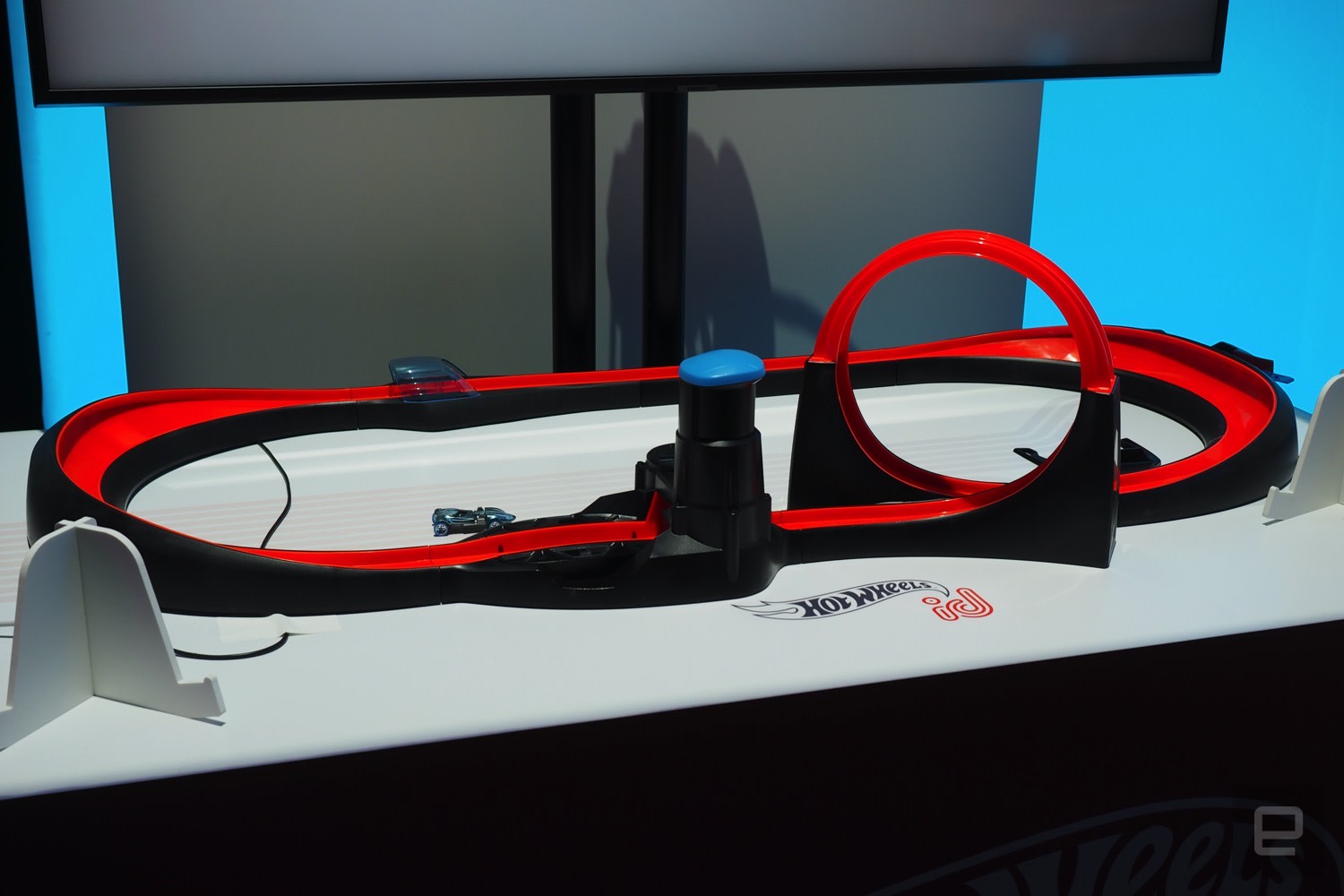 If you already have an existing Hot Wheels track setup, the brand now has more options to integrate the standalone $35 race portal into it. Last year's race portal set came with blue clips that could be used to attach the portal to pieces of standard orange track, but it wasn't exactly the most secure arrangement — it was a little flimsy, and it was easy to lose the clips. Now, sets from the Track Builder and City lines will include a special piece of track that the race portal can be slotted into directly. This is great if you're not a particular fan of how the Smart Track set was laid out or its "kid-powered booster," which even I always had a bit of trouble with myself (it's very much about hitting a sweet spot). Some sets have a motor that propels the car forward without your constant intervention, and now Hot Wheels ID can work with those too.

What's even more interesting is that having more places to plug the race portal in also means more variety in what you see on the screen of your connected mobile device. While we didn't get a live demonstration, a representative told us that one piece that had molded plastic water nozzles on it would actually manifest as a car wash in the app — so you'd see your vehicle getting washed as it went through the race portal. 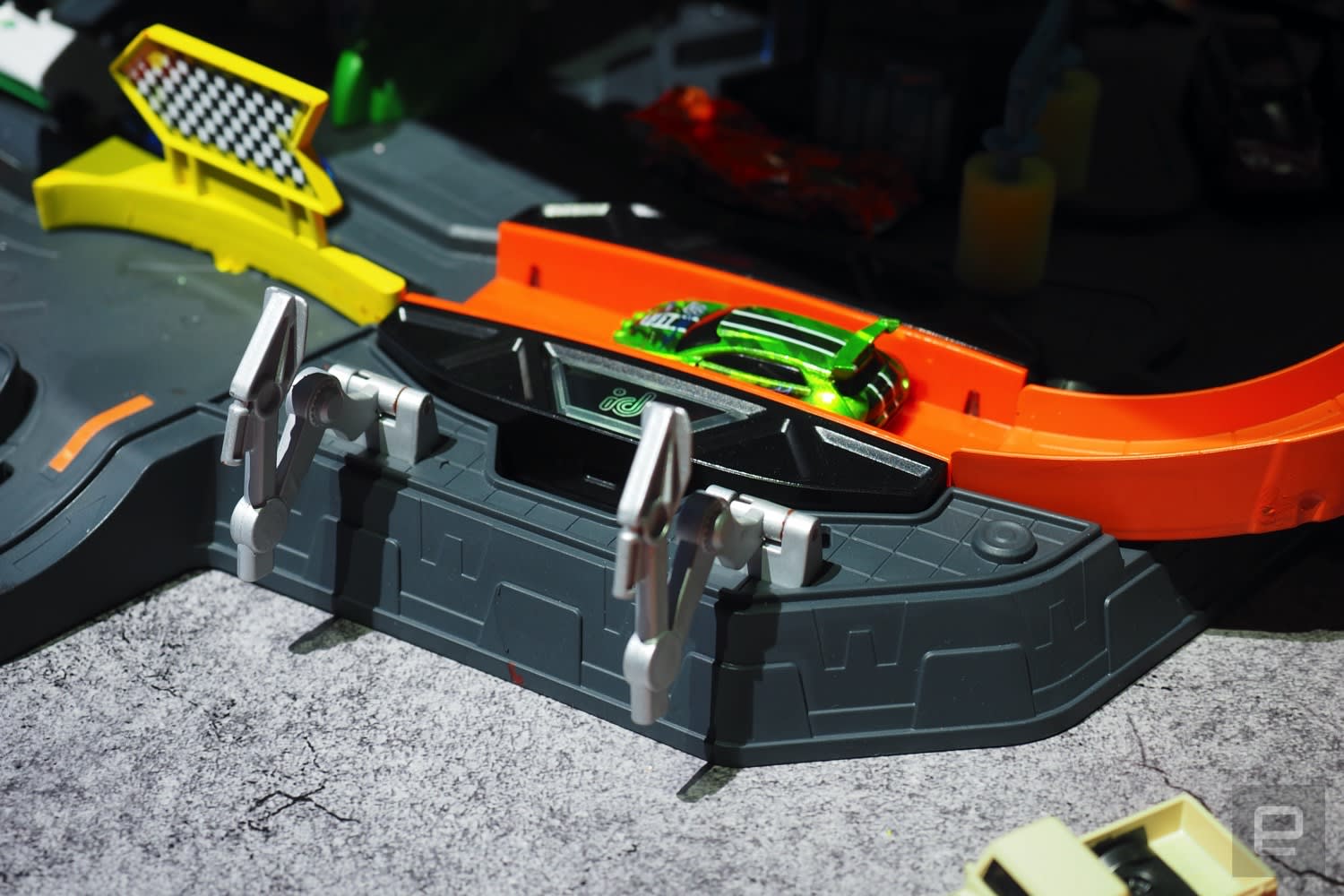 Of course, more cars will also become available for Hot Wheels ID in 2020, including the upcoming Tesla Cybertruck. (That's in addition to the 1/64-scale RC Cybertruck also introduced at Toy Fair this weekend.) Like the other NFC-chipped cars, it will cost $5.

All of these products are set to roll out later this year, with the new Core Track core set due this spring. But you could just pick up last year's Smart Track set from Amazon for $125 today — only $5 more expensive than the upcoming scaled-down version, making it a better choice right now if features are important to you.

All products recommended by Engadget are selected by our editorial team, independent of our parent company. Some of our stories include affiliate links. If you buy something through one of these links, we may earn an affiliate commission. All prices are correct at the time of publishing.
View All Comments
Hot Wheels brings its NFC-enabled stat-tracker to even more toys this year