Tech toys for kids that parents will approve of (we think, anyway).
Engadget|11.11.19
@engadget

There once was a time when a toy section of the Engadget gift guide would have been a hodge-podge of toys that happened to take batteries, light up and make enough noise to annoy even the most patient of parents. (Yes, that means we probably would have been into the Hess truck.) But times have changed and now that everything is smart -- baby onesies, diapers -- our standards are higher. When it came time to curating our annual holiday toy list, the bar wasn't: Is this electronic? It's now: Is this thing fun? And most importantly, will this thing still be engaging after a kid has played with it for five minutes?

We've had the better part of the year to answer this question. Some of the biggest toy makers have been teasing their wares since Toy Fair back in February. Since then, we've been keeping a running list of the things so clever, we might have wanted them ourselves if we were still school-age. From a lightsaber with built-in coaching to app-connected Hot Wheels, we homed in on the toys that don't just throw in tech for tech's sake, but that are actually better because of all the sensors inside. 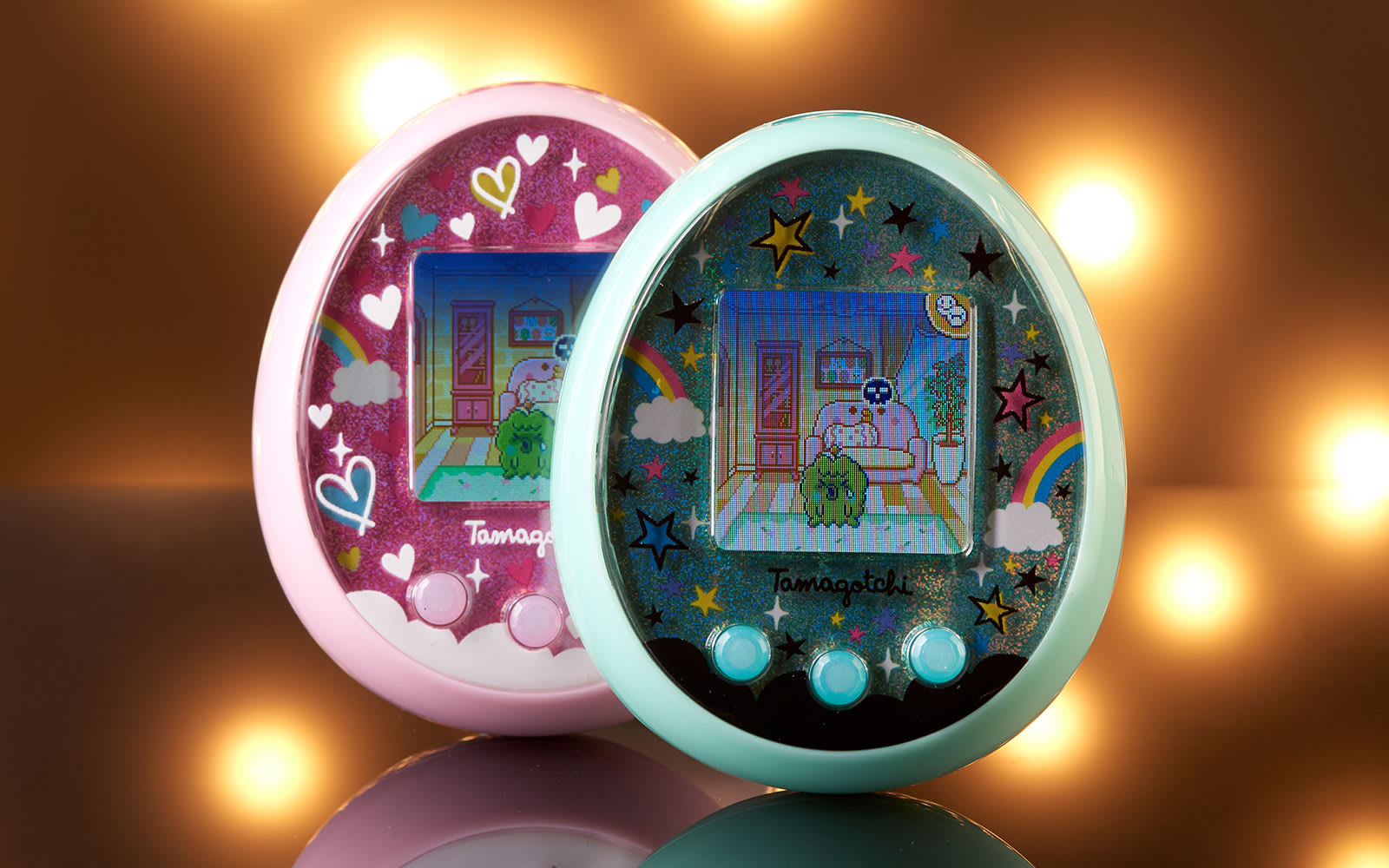 Adults now probably remember how Tamagotchi were all the rage when they were young, but now those tiny little eggs and their black-and-white LCD screens seem quaintly outdated. Enter the Tamagotchi On, a Bluetooth-enabled version of the '90s fad that adds a large, full-color screen; creature breeding; and app connectivity. It should keep kids pretty busy taking care of their little digital friend, and it'll make a great excuse to socialize with their human friends by meeting up for Tamagotchi playdates. -- Kris Naudus, Buyer's Guide Editor 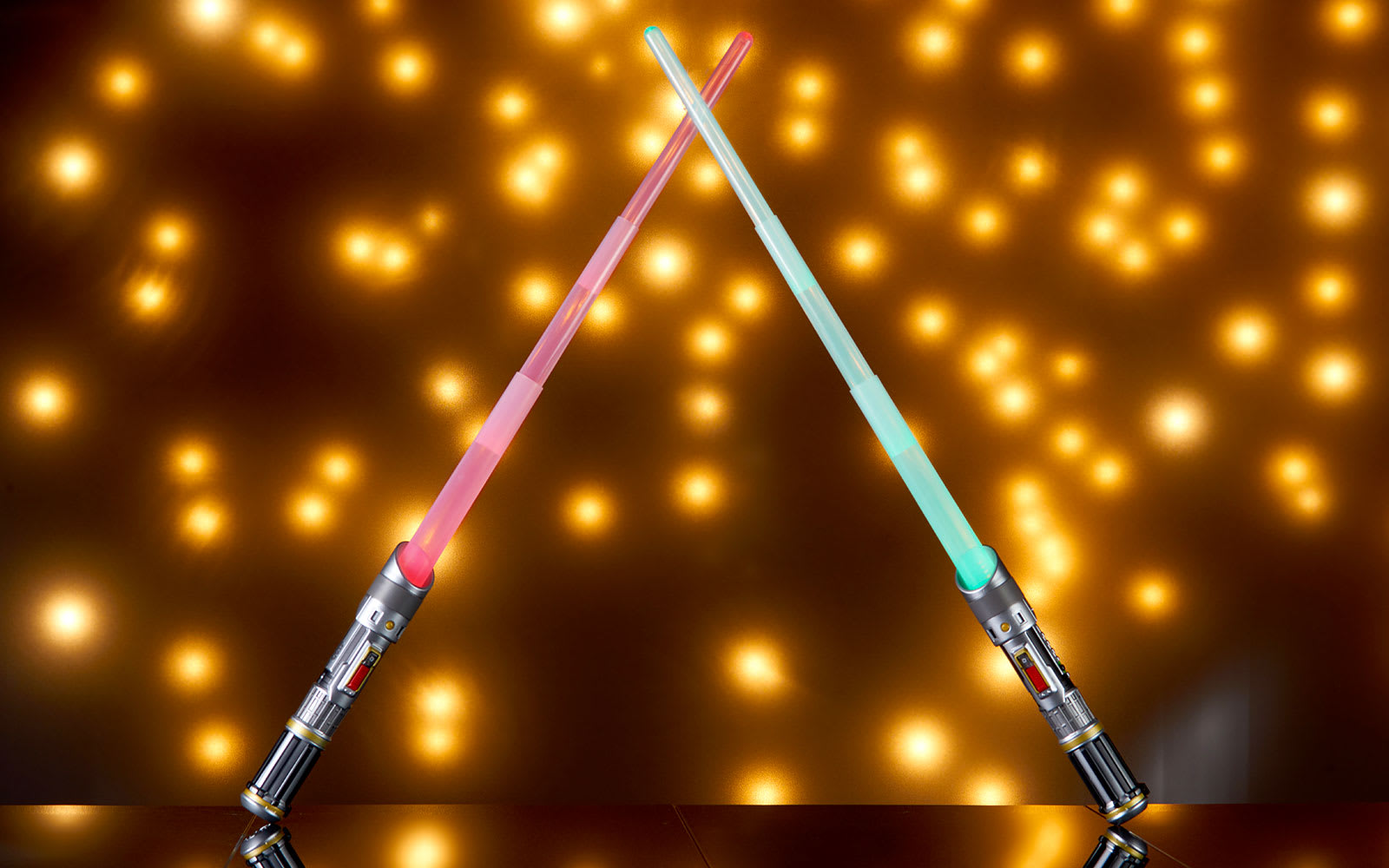 There are smart basketballs that analyze your form. Golf sensors that do the same for your swing. Hasbro's Lightsaber Academy is basically that, but for your Jedi skills. This $50 toy lightsaber uses built-in sensors and a Bluetooth app to coach you on your form and then send feedback to an app. Like any good kids' toy, the lightsaber grows with young Padawans, with the movement combinations getting more complex as children master the easier ones.

If you're worried this is just another excuse for little ones to stay tethered to their phones, bear in mind that the lightsaber gives audio feedback, meaning there's less reason for kids to pick up their handsets. Buy a second lightsaber for a friend or sibling and the two children can duel each other, racking up points along the way. And by "duel," I mean they engage in a rock-paper-scissors-style game where they swing, block or "focus." Whoever wins gets to perform a finishing move, not unlike the fatalities in Mortal Kombat. Merry Christmas, Raiden wins! -- Dana Wollman, Editor-in-Chief 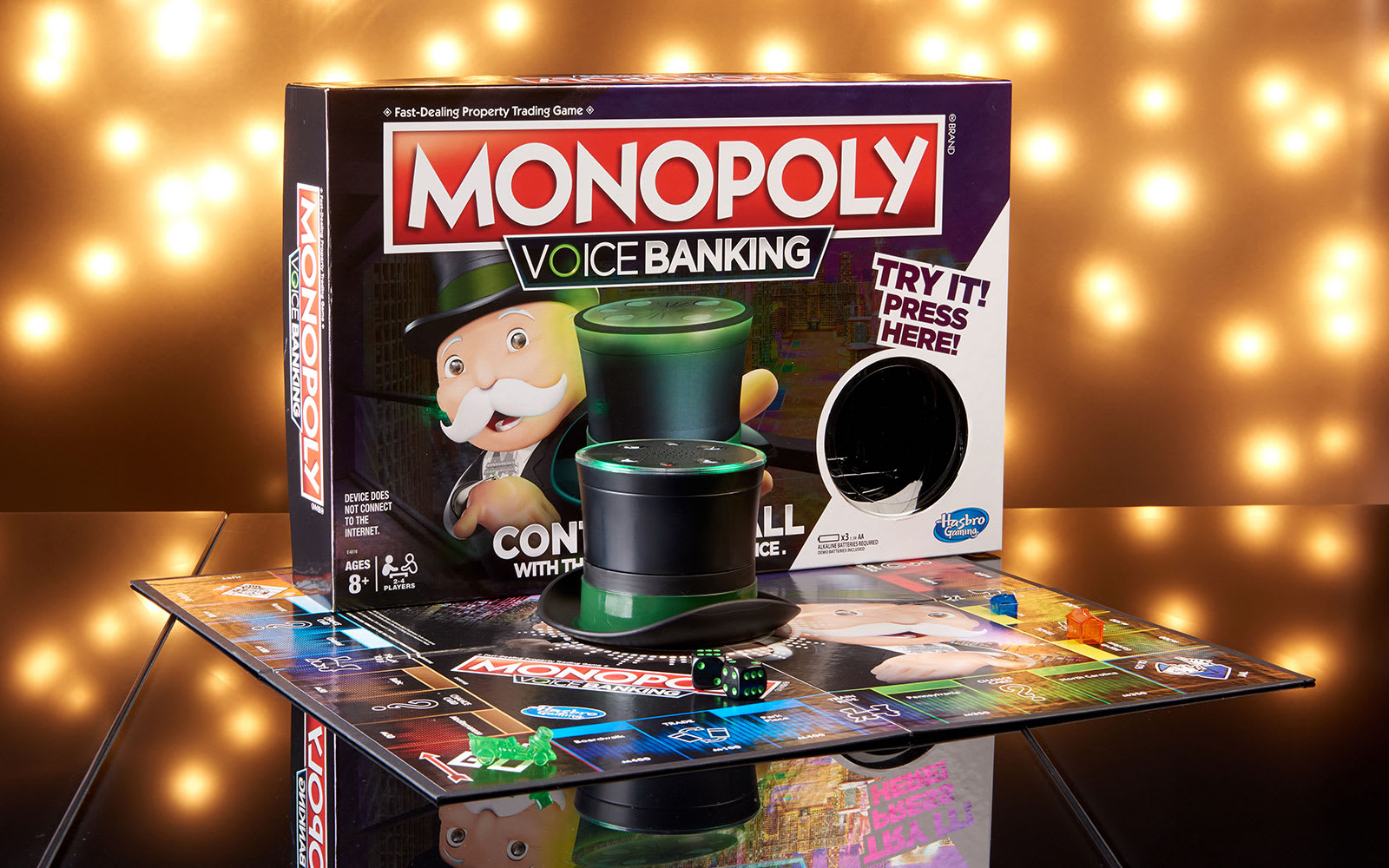 Monopoly games have a tendency to drag, mostly because players don't bother following the rules. It's also not much fun to be the first one knocked out of the game, forced to sit around while the other kids squabble over their fortunes. Monopoly Voice Banking removes these pain points and more, with its Amazon Echo Dot-like device handling all the scorekeeping and transactions and generally streamlining the rules. The game's a lot more enjoyable when you don't have to worry about keeping track of your cash or massaging hurt feelings. -- K.N. 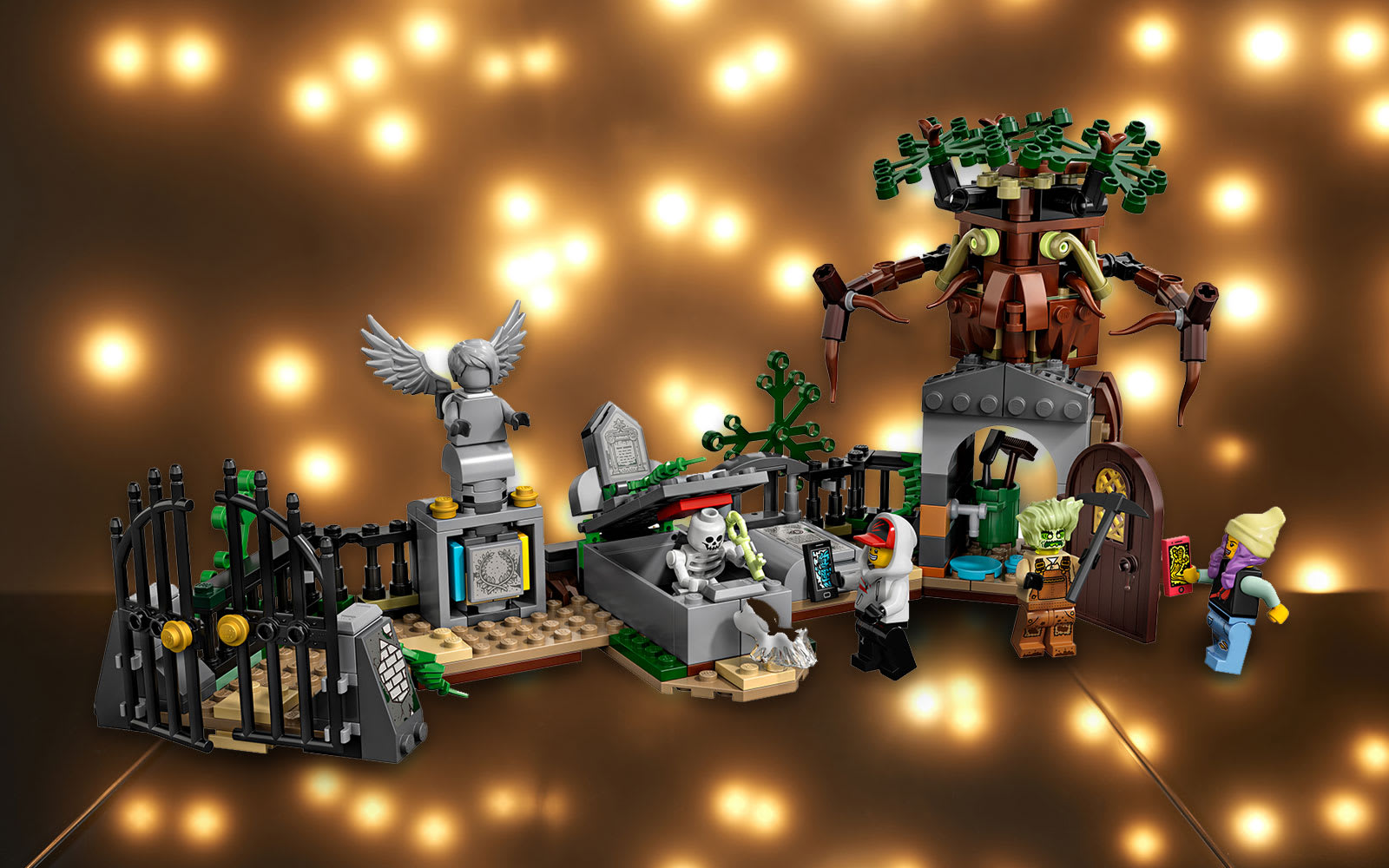 Toy companies have been trying their best to merge the real and virtual worlds in order to stay relevant among Fortnite-obsessed kids. To that end, products like Disney Infinity and Lego Dimensions have come and gone over the years. Now Lego's trying a different tack with Hidden Side, which actually requires children to perform activities with their physical Lego sets in order to progress in the free, mobile AR game. Between an interesting supernatural investigation story and some creative set designs, there's plenty to keep kids engaged. -- K.N. 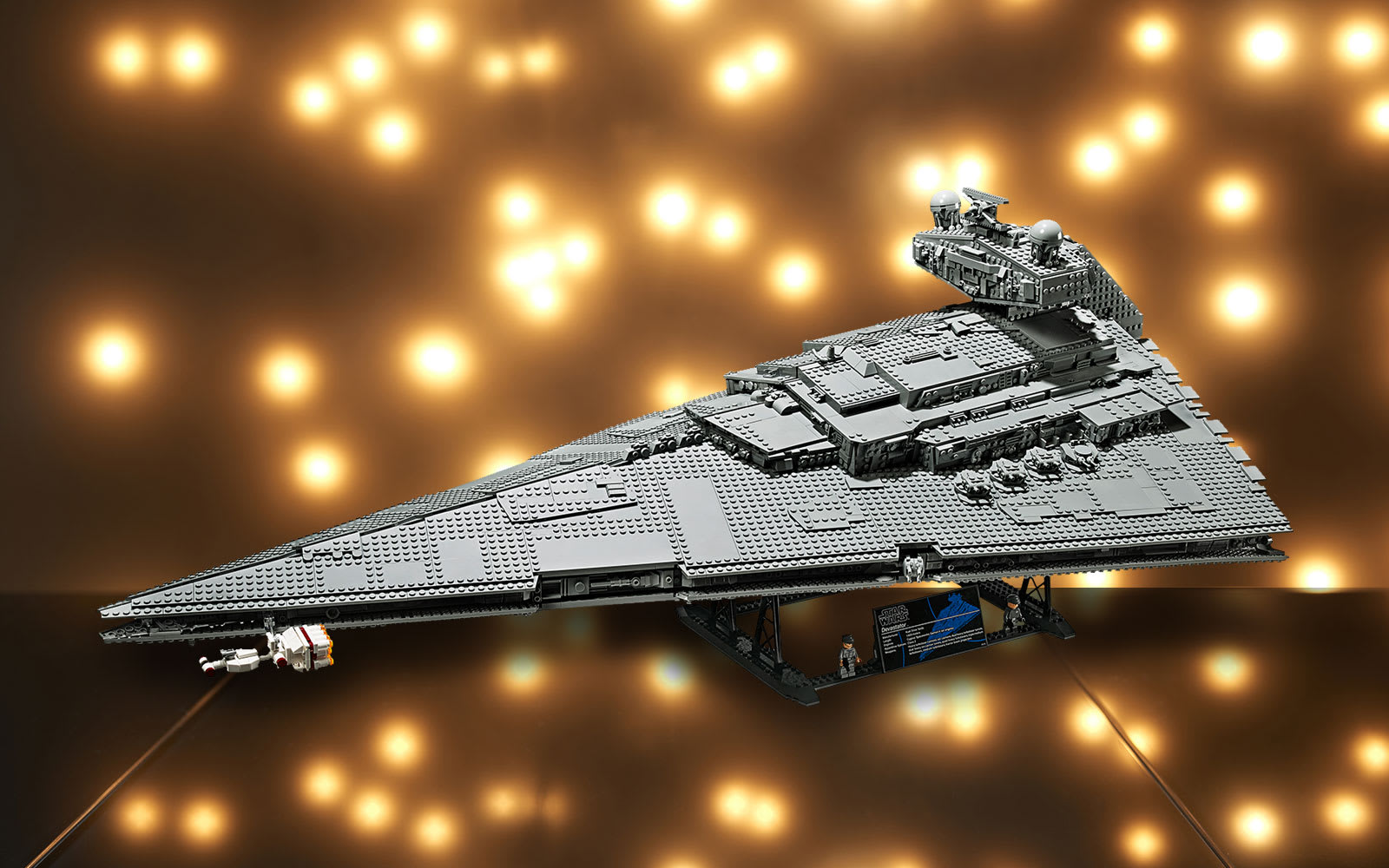 Grab a cup of hot cocoa and crank up the ol' Yule log on Netflix, because your loved ones are going to be working on this incredibly detailed replica of the infamous Imperial star ship for hours, if not days. Sure, it's expensive, but it's worth the money thanks to all the bonding your family will be doing while putting together more than 4,700 pieces. And at more than three feet long when it's finished, it'll make a great conversation piece for the living room or den. -- K.N. 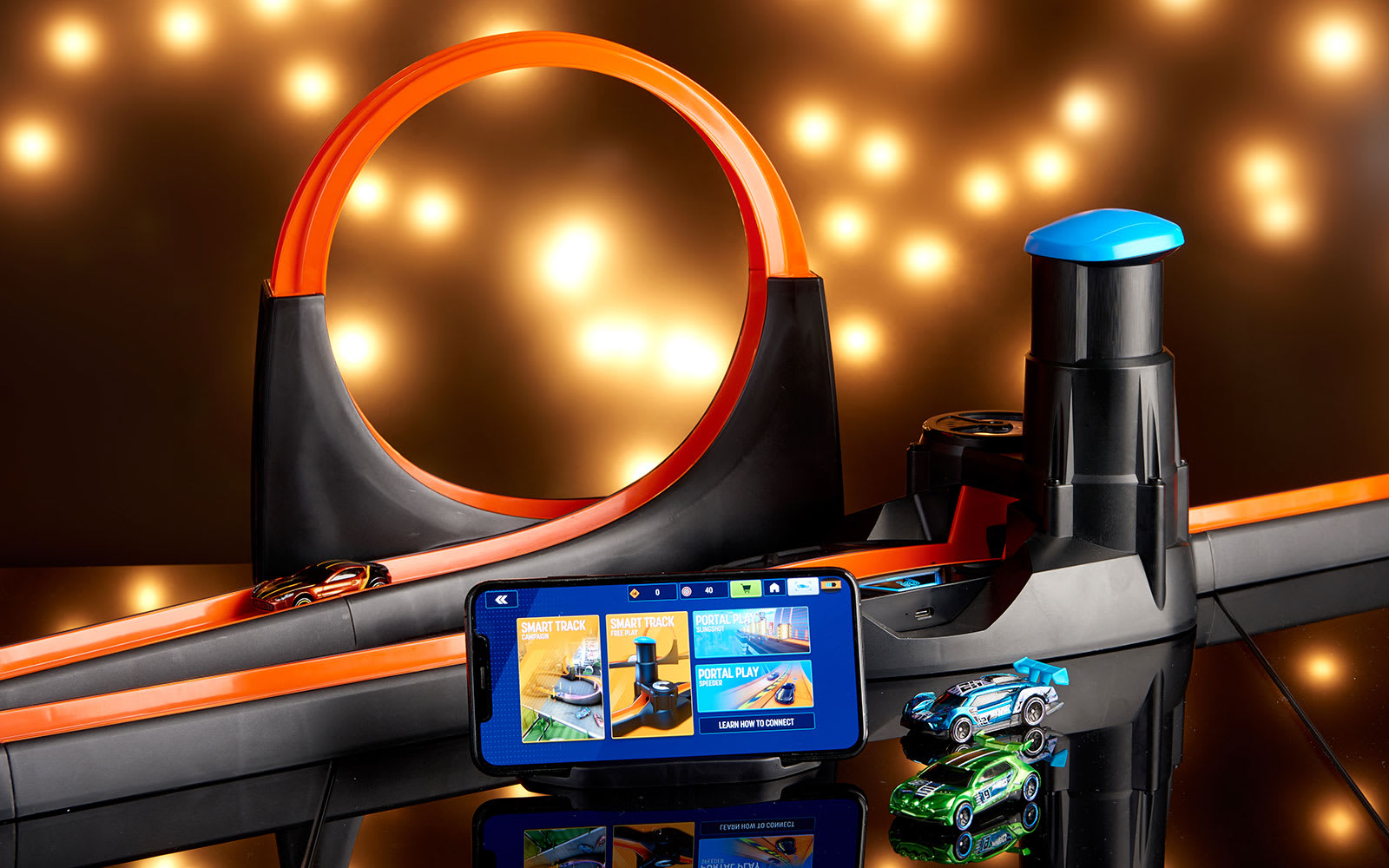 Kids fight about a lot of things, but one of the most frustrating issues is when they're playing with each other and can't figure out who won. "I shot you!" "No, I shot you!" A good laser tag system can solve that one, but what do you do when the fight is about whose toy car is faster? Well, Hot Wheels ID settles that debate and more, thanks to its system of smart-track and NFC-enabled cars. It handily keeps tabs on how fast each vehicle goes and how far it's traveled, which will satisfy data nerds while also giving kids a definitive answer as to who's ruler of the road. And longtime Hot Wheels fans need not fear, as there are still plenty of fast-paced button smashing and track loops for classic stunt-driving fun. -- K.N. 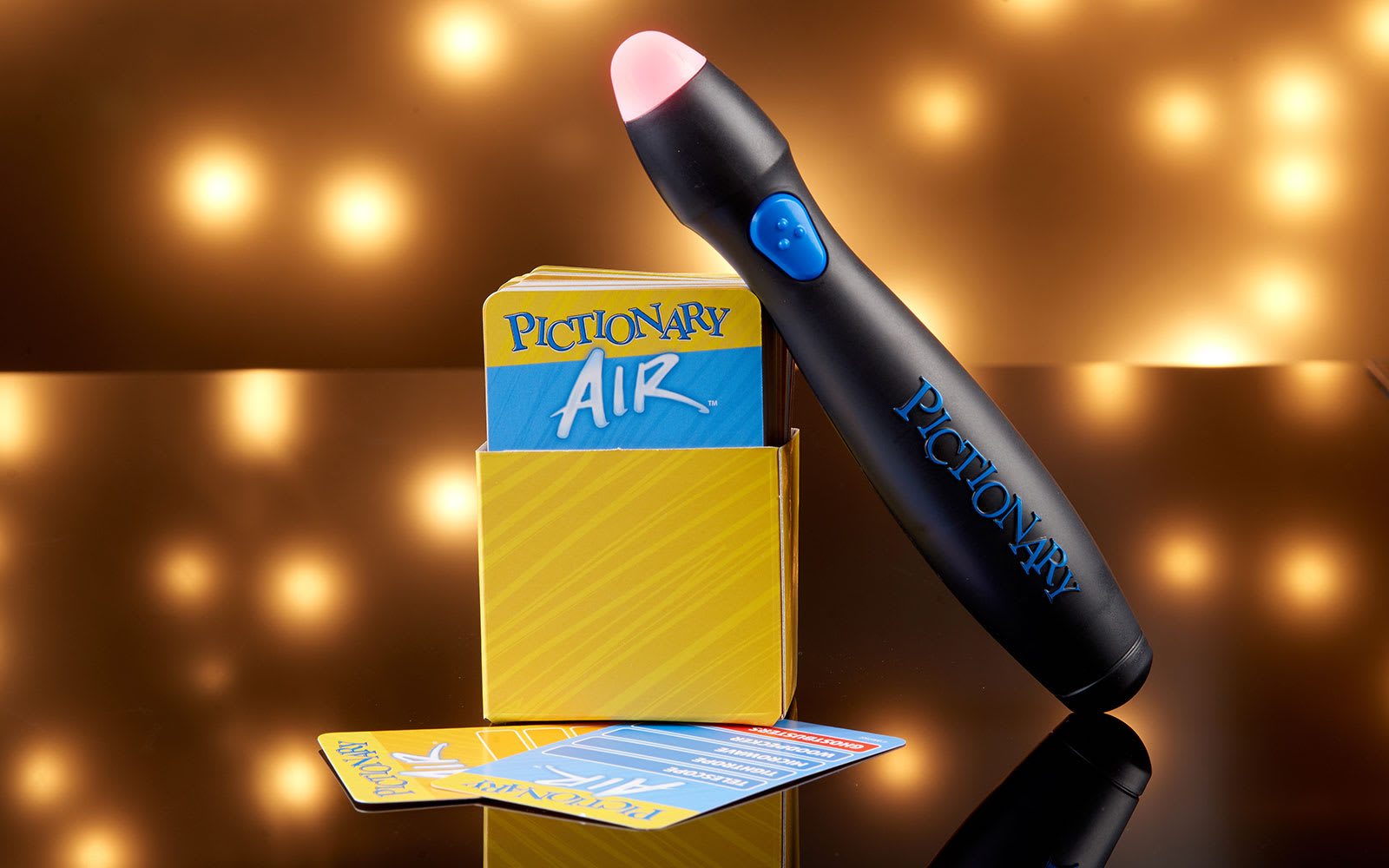 Pictionary is a perennial party favorite because anyone can join in: All you really need is a pen and paper. The new Air version is a big technological transformation, with players now using a special wand to draw their pictures in midair. Pictionary veterans will enjoy the additional challenge that drawing in empty space creates while everyone else will like how much more accessible the game is to a huge group, with the ability to broadcast drawings in progress to a TV for the whole room to enjoy. -- K.N. 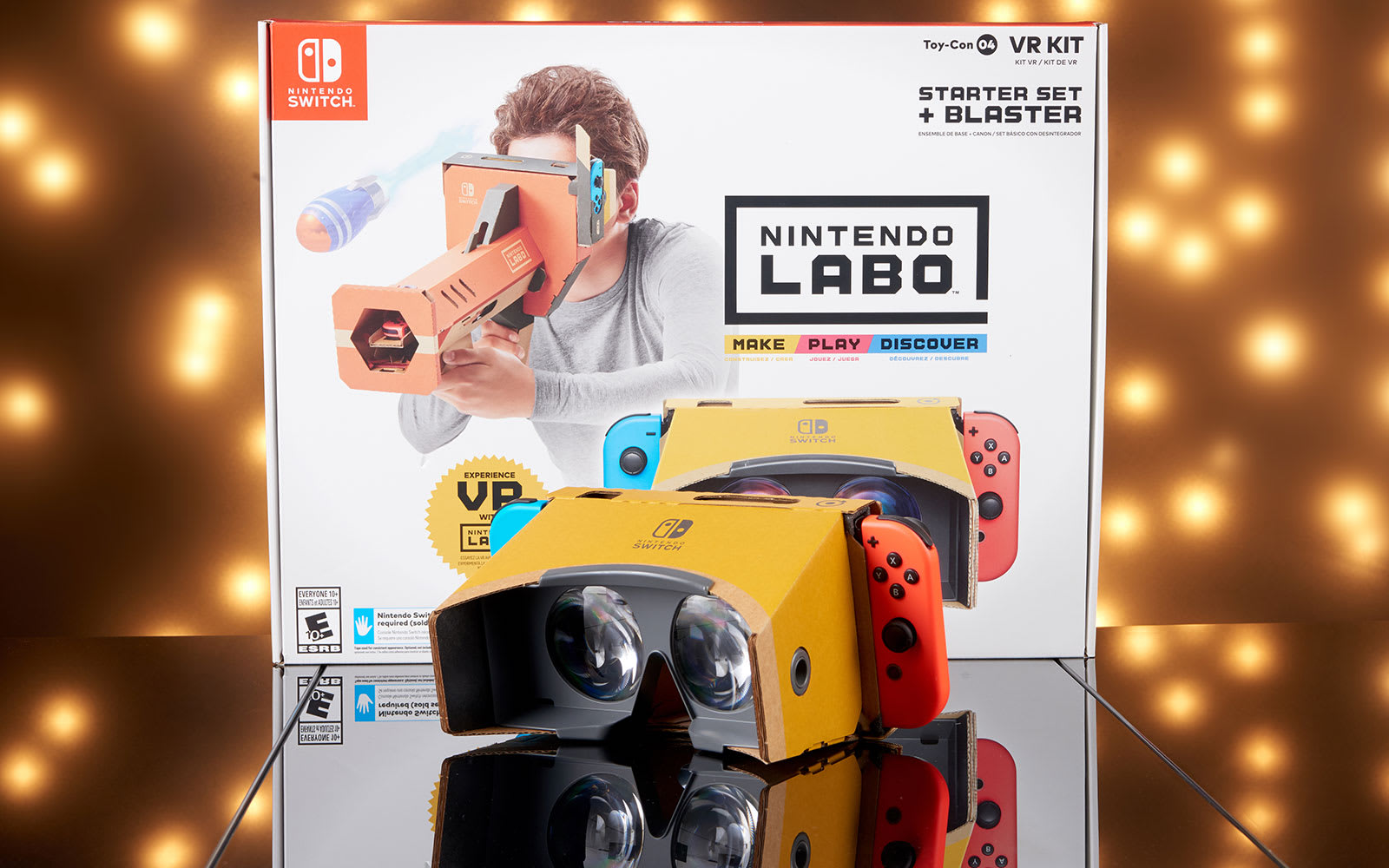 Nintendo's Labo sets have been kind of hit or miss since their debut last year. Plus, once assembled, their utility declines, leaving piles of bent or ripped cardboard strewn about. Not so for the VR kit, which asks kids (and curious adults) to assemble a headset for their Nintendo Switch that can be used to play virtual reality modes in popular titles like Breath of the Wild, Super Mario Odyssey and Super Smash Bros. Sure, it's no Oculus or Vive headset, but those don't come with a cool cardboard blaster with real recoil either. -- K.N. 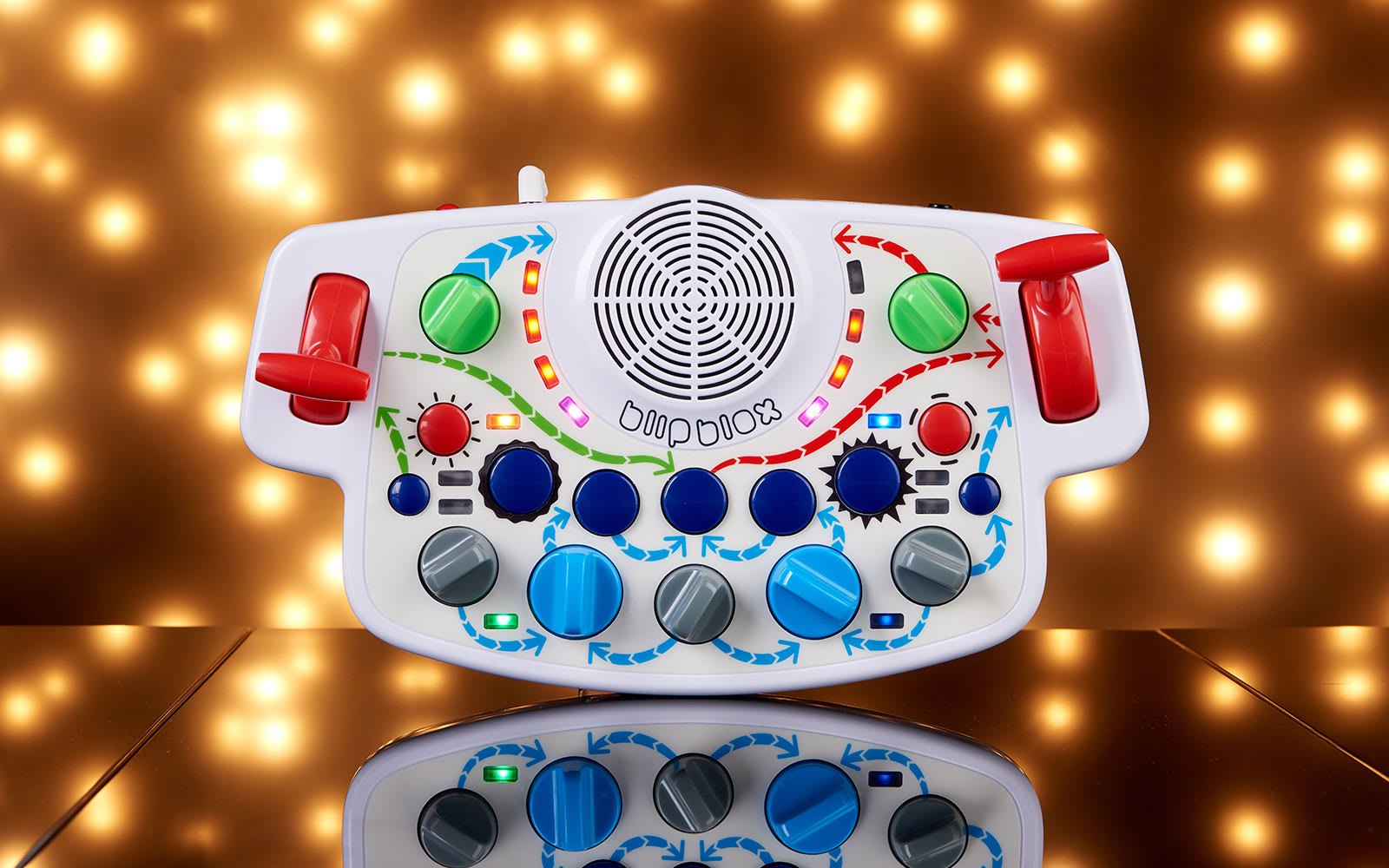 There are definitely more than a few of you out there with a bit of synth addiction. And if you're looking to pass that on to the next generation, a good way to whet their appetite is with the Blipblox. It's cute, colorful, has giant controls perfect for tiny hands... oh, and it makes one heck of a racket. While the company says it's suitable for kids as young as three, I can say from experience that even slightly younger kids will enjoy it. Plus, it can grow with them. Once a child has moved beyond the phase where they randomly push buttons and turn knobs, they can learn to follow the signal-flow lines on the front to get a grasp of how synthesis works -- and even eventually hook up an external keyboard to play it like any other instrument. -- Terrence O'Brien, Managing Editor 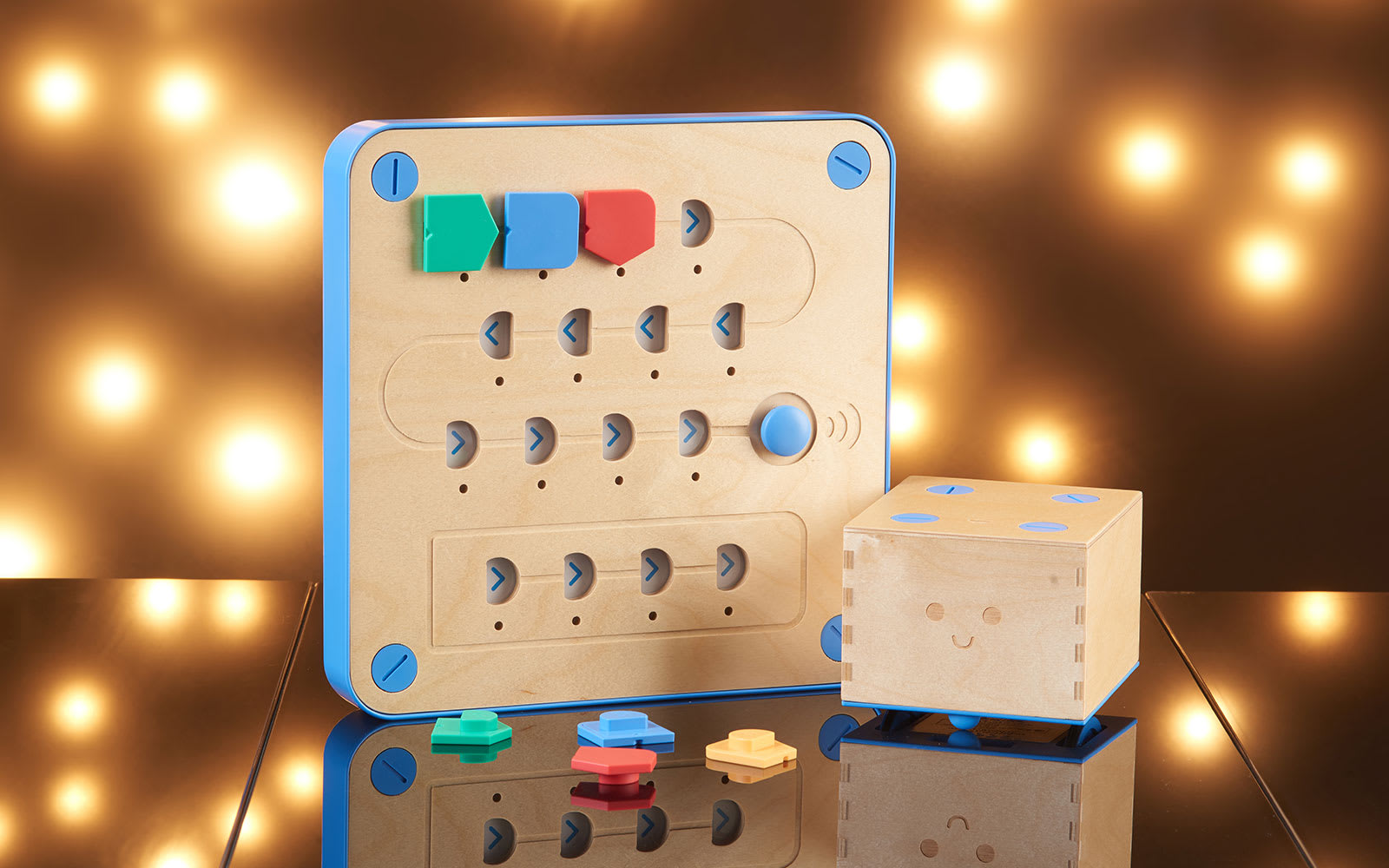 If there's a young child in your life who you want to prime for a future in programming, consider the Cubetto -- an adorable, wooden and programmable robot. It's suitable for children as young as three. There's no screen and no need to break out an iPad. Kids simply arrange color-coded blocks in the control board, which then tells the adorable wooden robot what to do. And there are even "adventure packs" that give them whole worlds to explore (in the form of play mats) and stories to experience. Those stories ask kids to perform specific tasks with their bots, which will give them a hands-on, tactile introduction to loops, functions and algorithms. -- T.O. 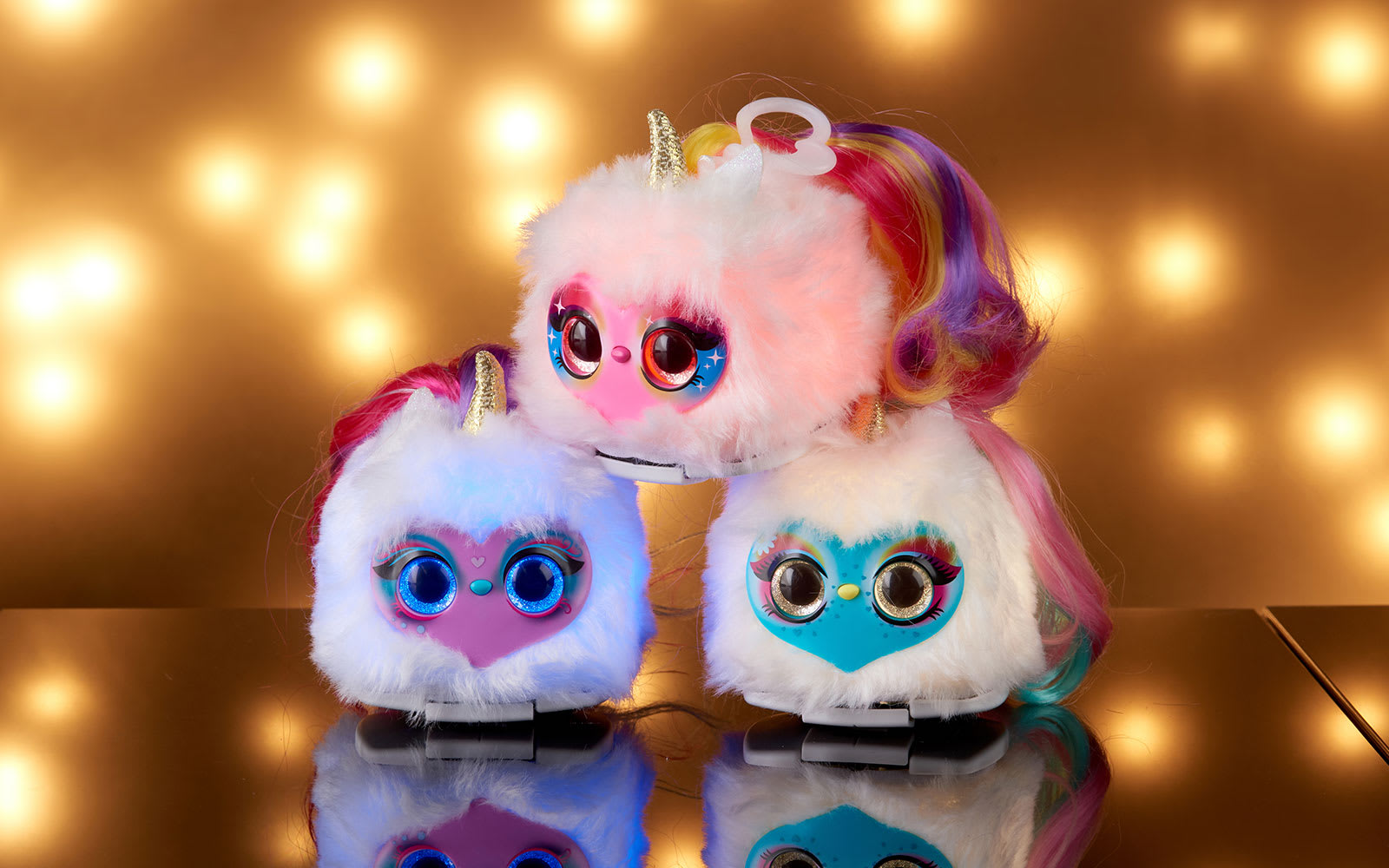 There's no shortage of toys that light up, laugh or purr, but Skyrocket's Pomsies won our hearts with their adorable and wearable design. Now they're back as unicorns with a new ability: color reading. The Lumies still want to be loved and petted. But now kids can play hue-based games with them, matching their favorite shades and watching their little fuzzy friends light up in response, thanks to a built-in color sensor. -- K.N. 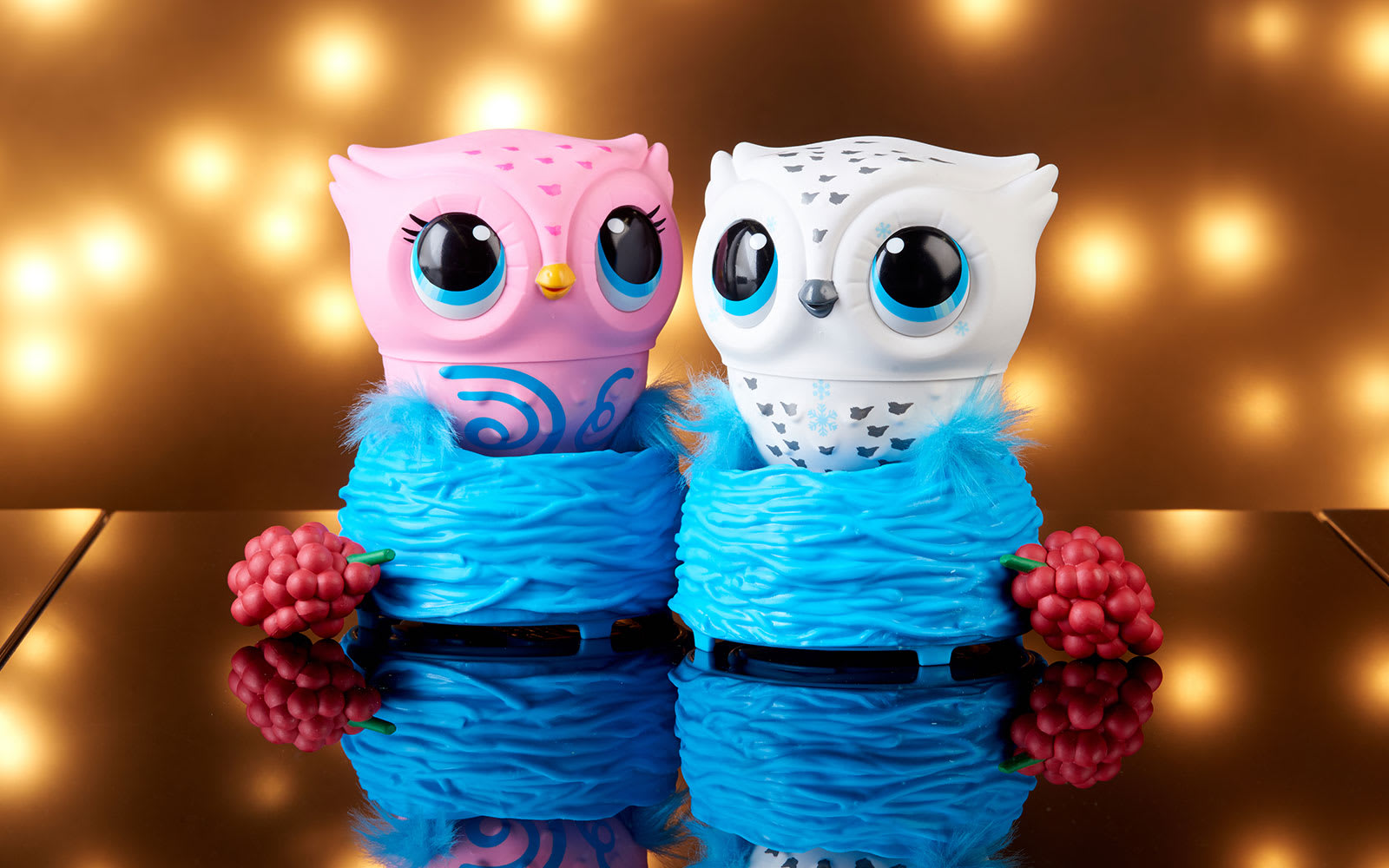 Kids love cute things. And kids love drones. Owleez combines the two into a cute, somewhat cuddly owl that your child will nurture by petting and feeding, and if they show their new pet just enough love, it will learn to fly. And yes, we do mean fly: Owleez's head opens up to release a set of helicopter blades that allow the little plastic bird to fly short distances. It's weird as hell but in that endearing way that will have kids carrying it everywhere. -- K.N.

Tech Will Save Us Arcade Coder 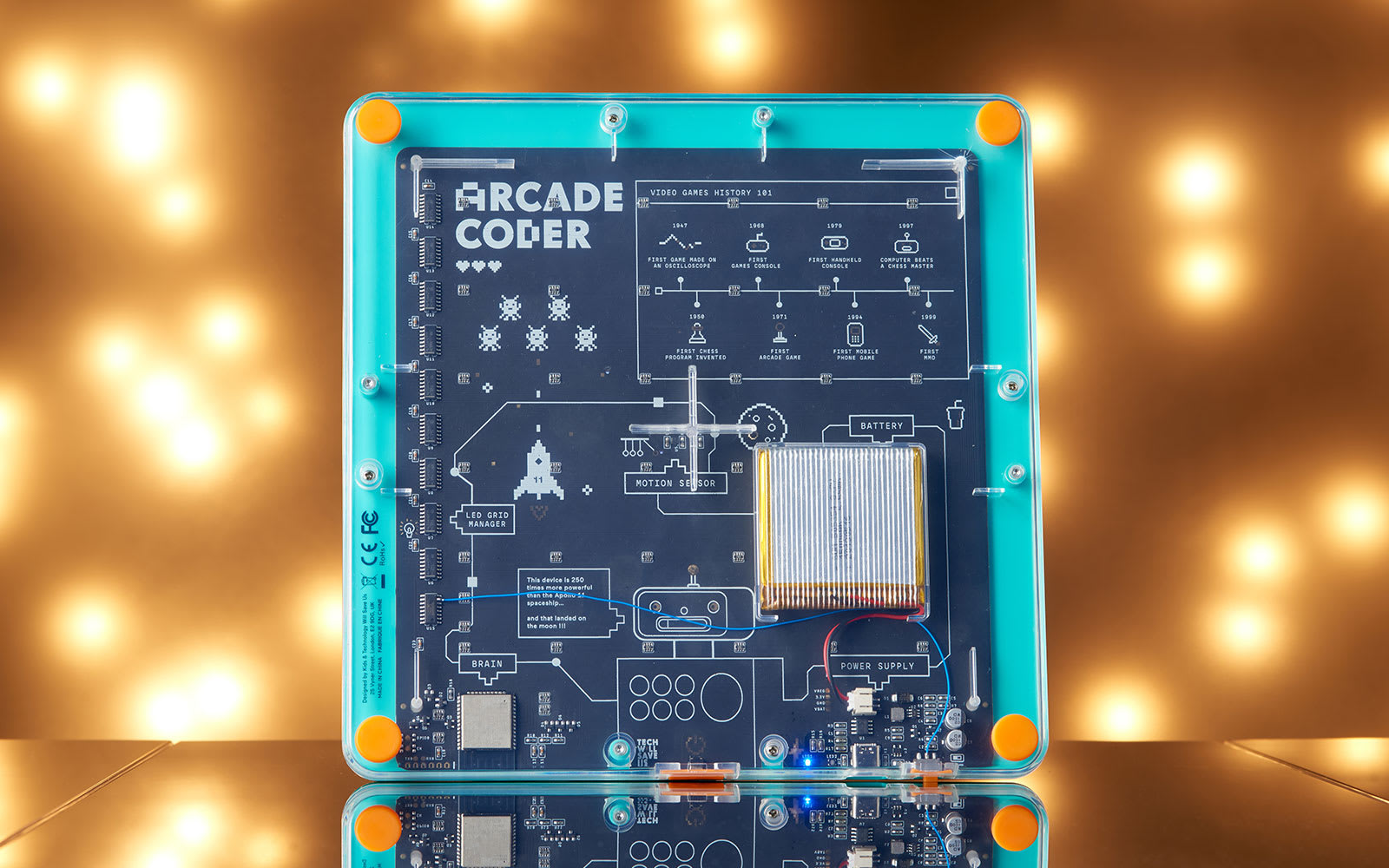 There are plenty of gifts out there that will teach your kids, nieces or nephews how to code. The Arcade Coder from Tech Will Save Us is a great option that can take a young would-be programmer from the age of six all the way to adulthood, probably. As you might expect from something with a name like Arcade Coder, it focuses on building video games. And yes, while there is a software component (currently iOS only) where kids can design their own games, what we like most about it is the board. Once kids are finished crafting their masterpiece in the easy-to-use block-coding tool, they actually have to interact with a physical object to play the game. What's more, the focus is on creating multiplayer games that up to four people can join. So screen time quickly becomes family time. -- K.N.