To be fair, we found some services that are a little less obvious than Netflix.

Yes, a gift card can carry the stigma of feeling like an unthoughtful present. On the other hand, we live in a world where subscription services abound, and a virtual gift that grants someone a year of their favorite music, video or gaming service shouldn't be overlooked.

When thinking about gift cards and subscriptions this year, we tried to avoid the obvious candidates like Spotify and Netflix -- most people who want those probably have a subscription already. Instead, newer options like Amazon Music HD, Apple Arcade and Disney+ might provide something fresh for the music, game and movie junkies in your life.

To move away from entertainment entirely, a Masterclass subscription can help a loved one expand their mind and horizons, while Headspace can give them a much-needed mental respite from the grind of modern life. And if you're gifting someone a new game console this year, you can level up that gift by including PlayStation Plus, Xbox Live Gold or Nintendo Switch Online. For all three of those systems, an online subscription is a near-essential add-on, especially for multiplayer gaming. And in all three cases, it'll provide a happy new console-owner with some free games to download right off the bat. 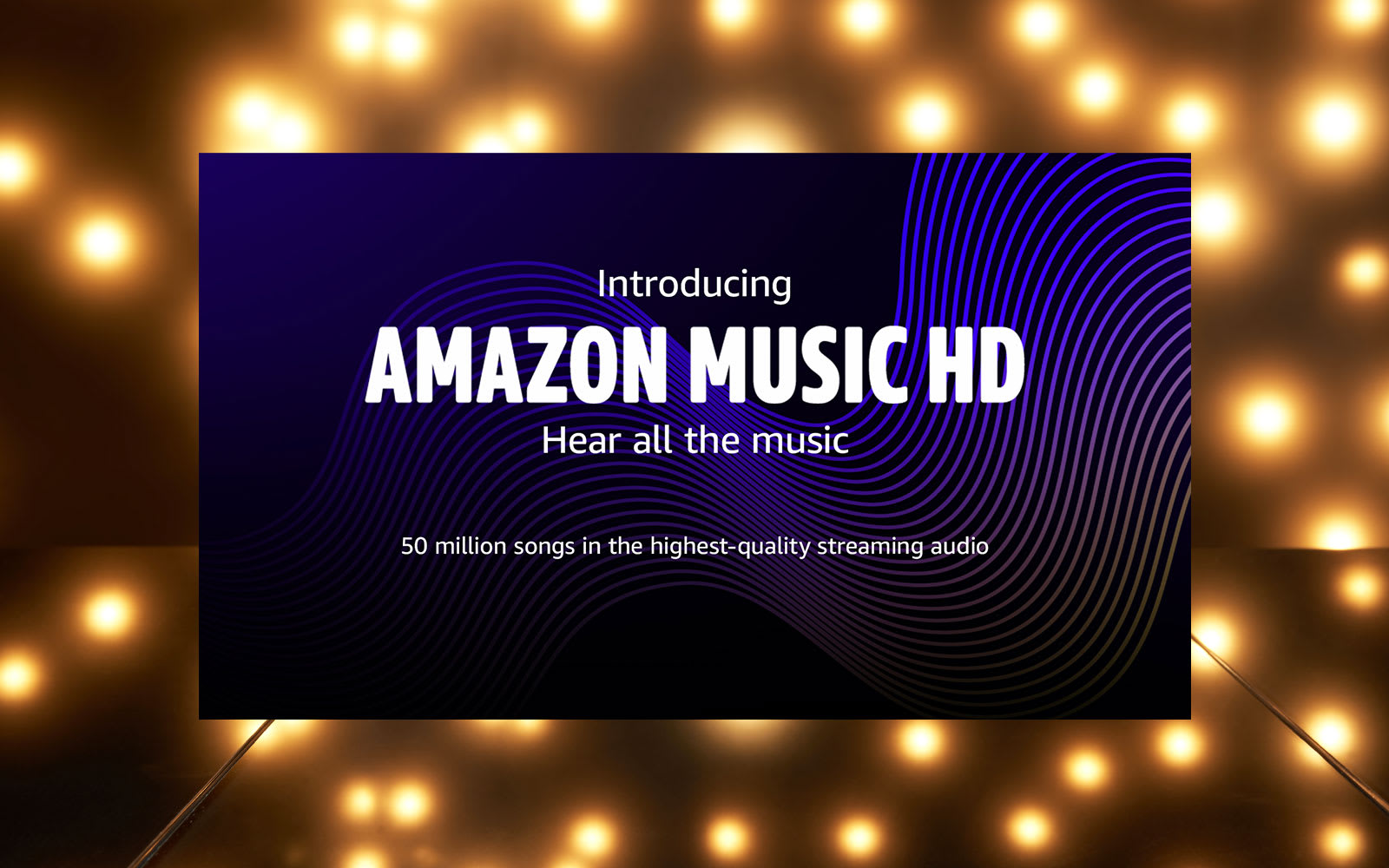 We've all gotten too used to listening to compressed audio files in the past few decades. If there's a big music fan on your list, chances are they'll appreciate upgrading their listening setup, and a subscription to Amazon Music HD would be a big step in that direction. At $15 per month (or $13 for Prime members), Amazon's high-quality streaming service is cheaper than Tidal and still offers 50 million songs in more than double the bitrate of most streaming services. Amazon says that a selection of that catalog is even available in bitrates that are more than 10 times higher than other streaming services', music that should be indistinguishable from CDs. We recommend pairing this subscription with some of our picks for best audio gear while you're at it, to make sure your recipient gets the full experience. -- Nathan Ingraham, Deputy Managing Editor 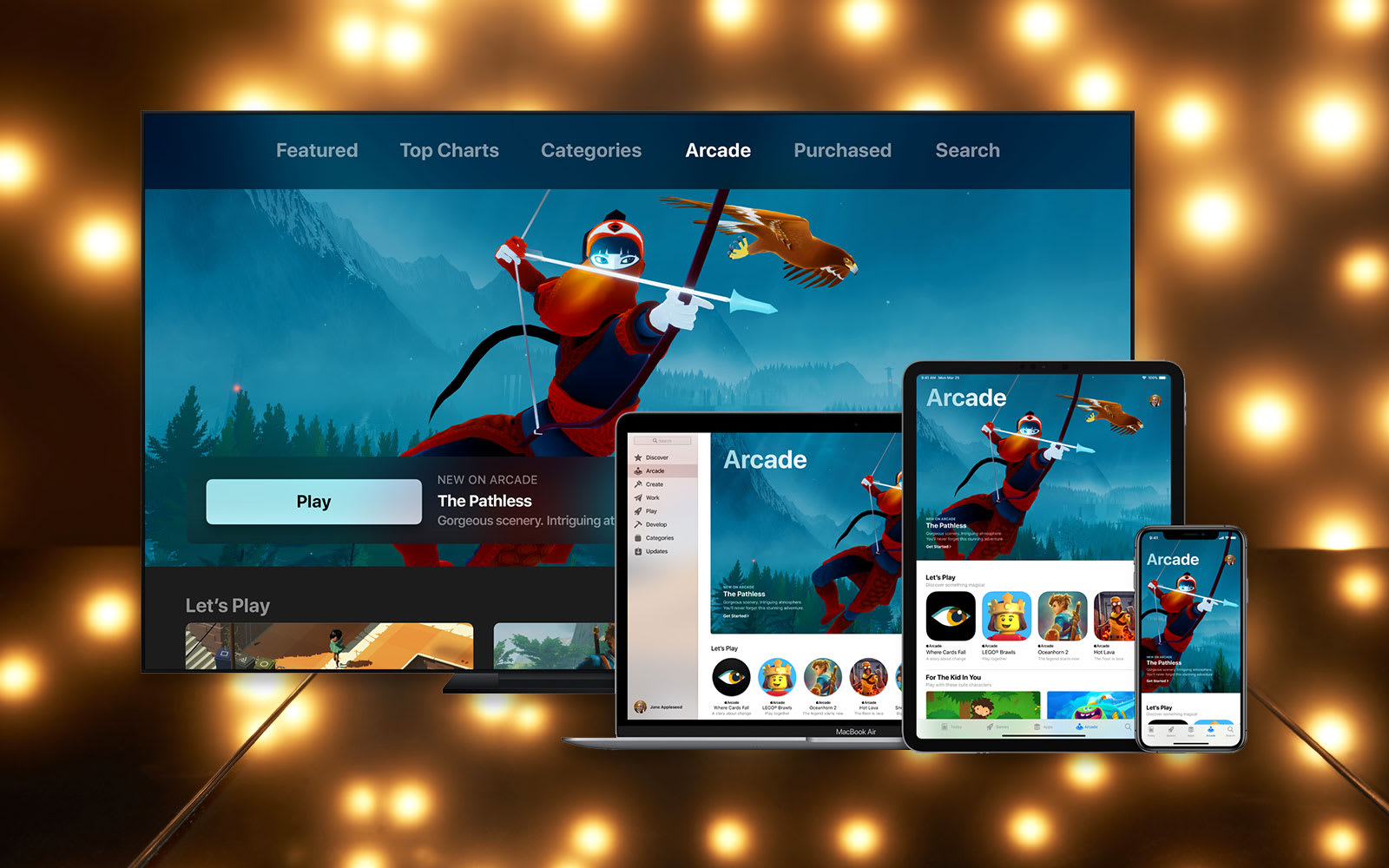 If you know someone getting a new iPhone (or iPad, Mac or Apple TV), a subscription to Apple Arcade will make their new gadget a lot more fun. For $5 per month, the service offers access to 100 games, and that catalog is growing quickly. There are no in-game purchases and no ads, and you'll find titles across a wide range of categories. It's doubtful anyone will enjoy every game, but we've found the quality level is consistently high. There are games you can play for just a few minutes at a time and others that you can lose hours in. And if your recipient has more than one Apple device, they'll get to play on any screen they want. -- N.I. 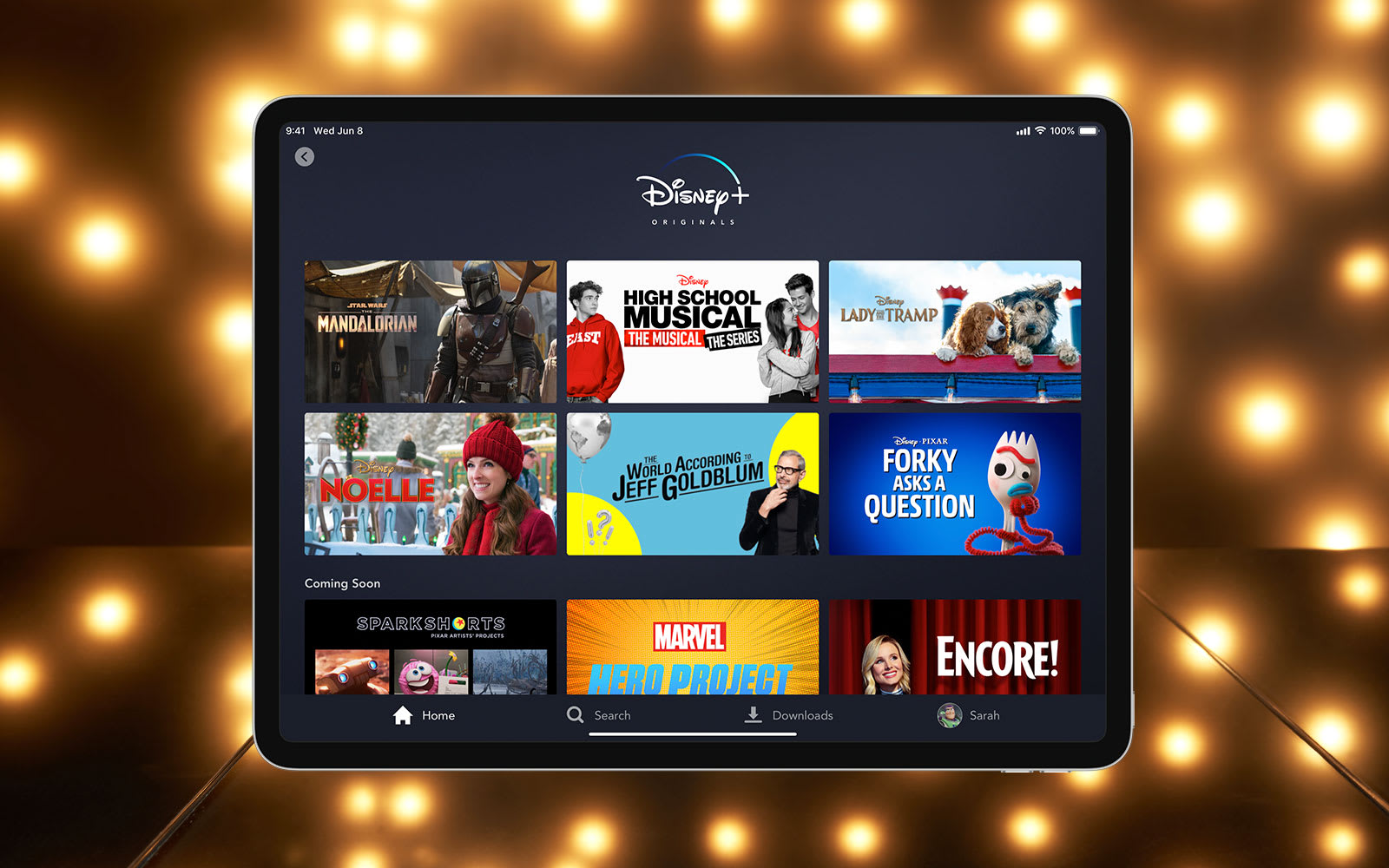 Regardless of who's on your holiday list, chances are they'll find something to watch on Disney+. The company's much-hyped and long-awaited streaming service is finally here, and it mixes up compelling original content from the Star Wars and Marvel universes with an insanely vast back catalog, including films from Pixar, Disney's recent Fox acquisition, those aforementioned Star Wars and Marvel films and -- of course -- a huge selection of Disney films from the past 80 years. From true classics to weird, nostalgic, forgotten movies, there really is something for everyone here. -- N.I. 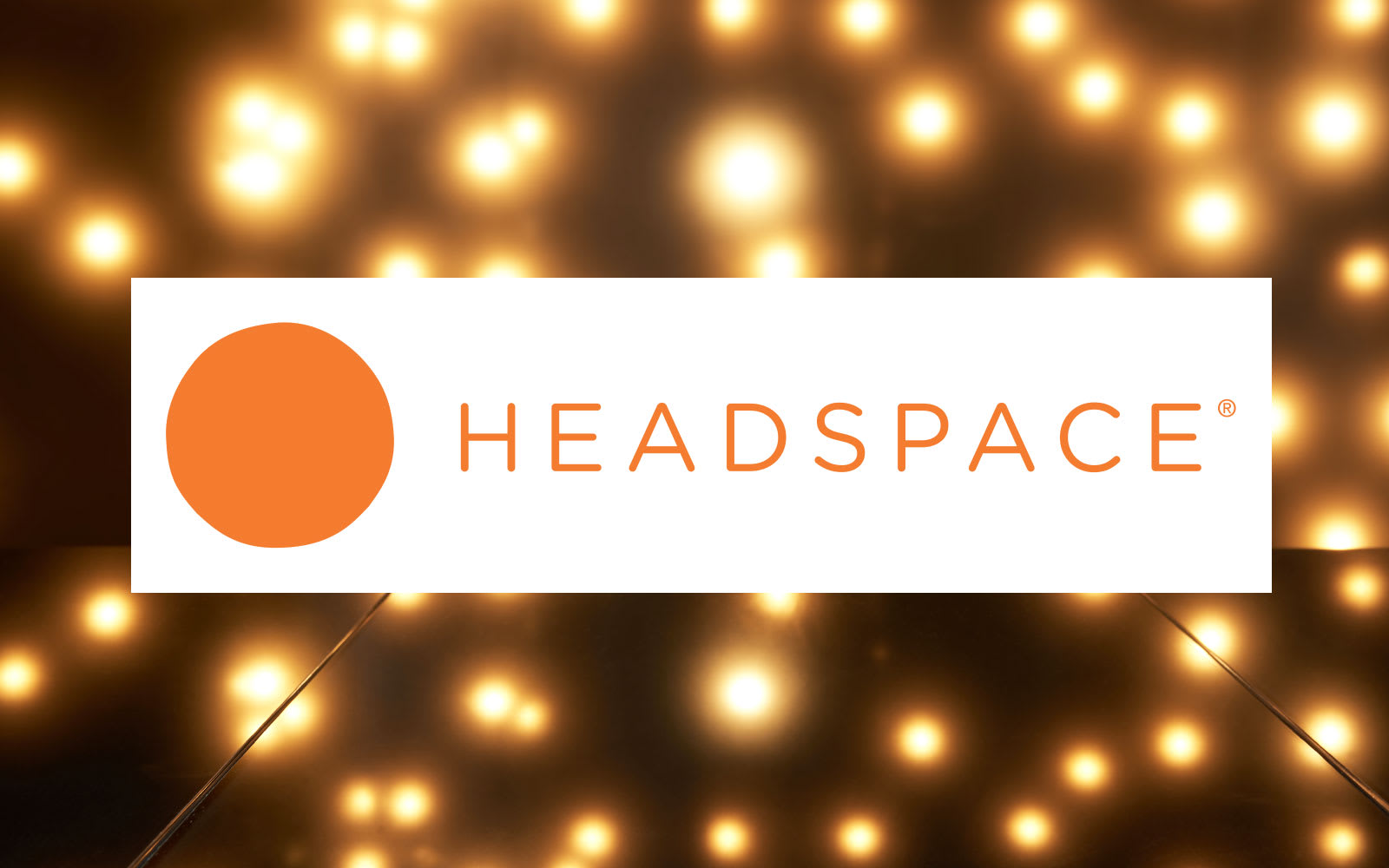 One of the best ways to keep stress levels in check is to take a few minutes to breathe and center yourself. There are plenty of apps out there for guided meditation, but we especially like Headspace. It's available on mobile and desktop, and it works with Google Home- and Alexa-powered devices, so wherever your frazzled friend is, they'll be able to snag some self-care time.

For those who might be intimidated, Headspace is loaded with simple explanations and cute animations that make meditation feel approachable. Plus, once they've learned to take a breath now and then, there are lessons focused on creativity, motivation and improving self-esteem. -- Terrence O'Brien, Managing Editor 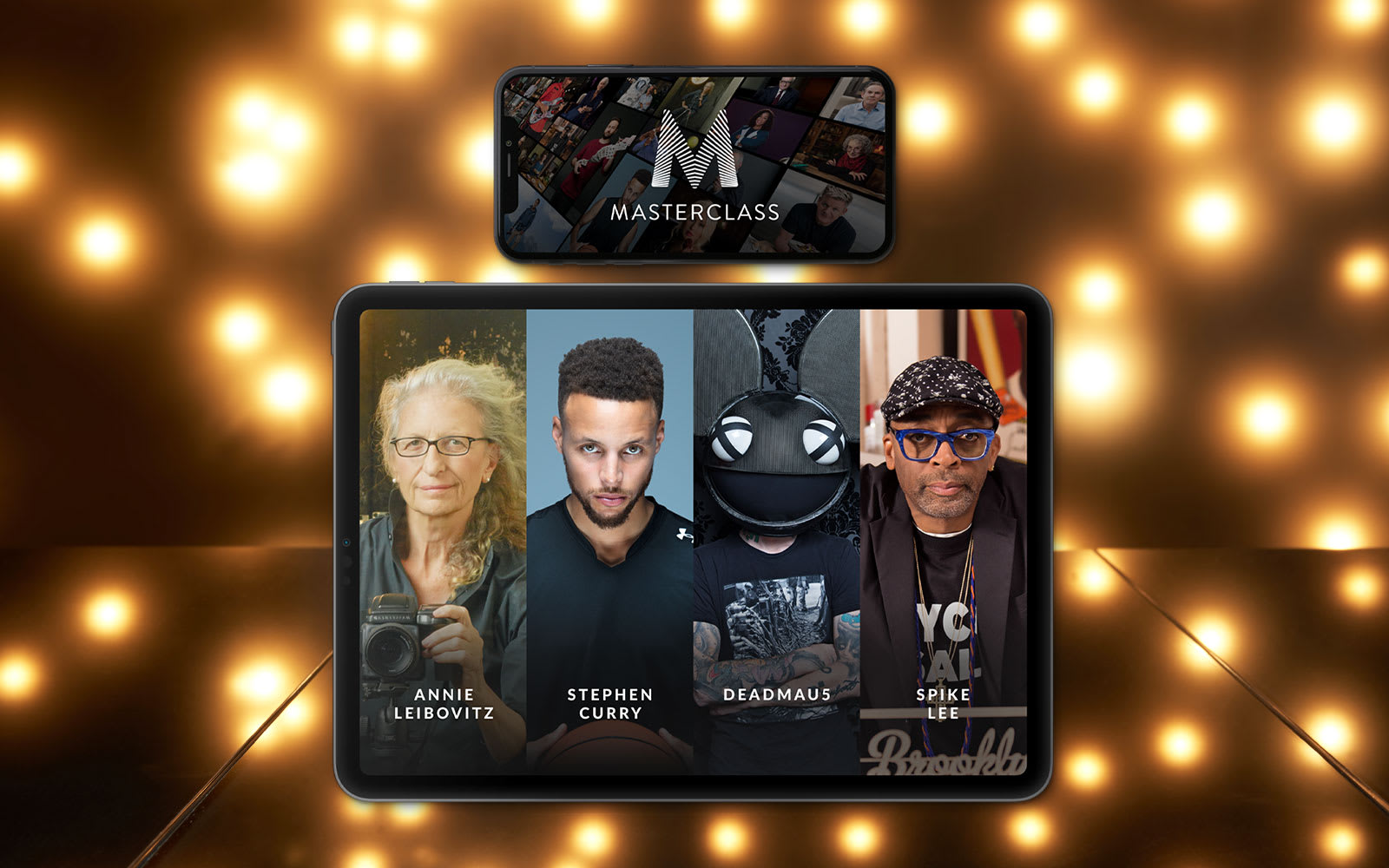 If you want to learn something, you can read a book, find a tutor or hope that someone's made a tutorial on YouTube. MasterClass has put its own extravagant spin on that last category, with A-listers in a number of fields sharing their expertise. That includes basketball lessons from Steph Curry, acting classes from Helen Mirren or photography tips from Annie Leibovitz. Why not give someone the gift of learning and help them start their resolutions in the best possible manner?

Hell, even if they're not interested in learning the skills, simply listening to these people talk is worth the price. Each individual MasterClass course costs $90 and comes with, on average, three hours of video, a workbook and some exercises to complete. But for a one-off payment of $180, MasterClass becomes a Netflix of smart stuff for a whole year. If you know someone who wants tennis lessons from Serena Williams and conservation tips from Jane Goodall, $15 per month is more than worth it. -- Daniel Cooper, Senior Editor 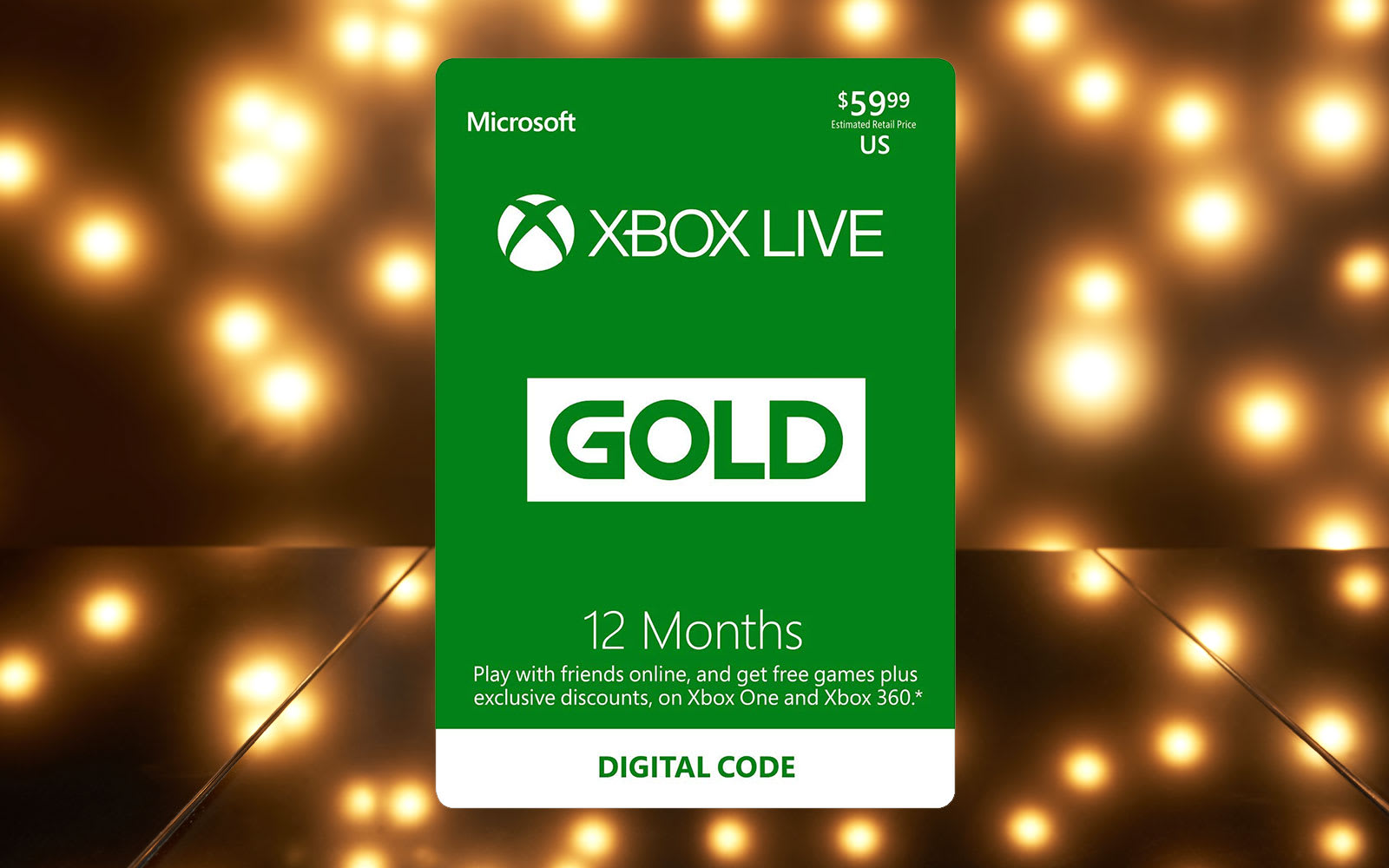 Microsoft, of course, has its own subscription service for Xbox owners as well. Much like Sony's PS Plus, Xbox Live Gold includes multiplayer support, game discounts and free games. Microsoft also offers at least two free games per month, and the games stay active as long as your Xbox Live Gold subscription is paid for. And since the Xbox One has significant backward-compatibility features, you'll find a smattering of classic Xbox 360-era games available from time to time. But really, it's all about the multiplayer support: Your gift recipient will surely want to play Gears 5, Forza Horizon 4 or Fortnite with their friends. -- N.I. 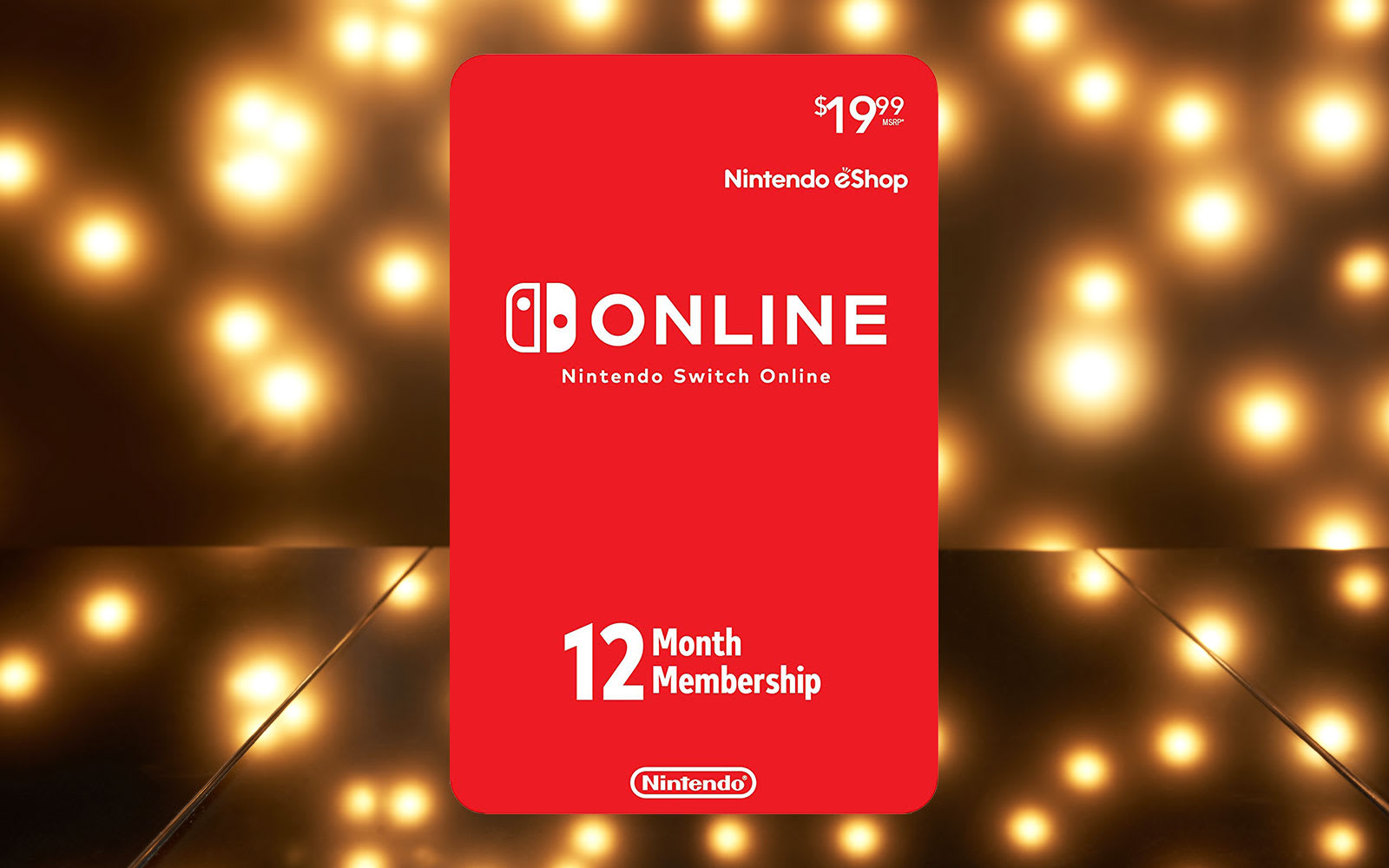 It took Nintendo a long time to launch its online service, and as such there are probably lots of Switch owners who still don't have it yet. If there's a gamer in your life who matches that description, now is a good time to get them on board, especially if they're a fan of retro games. In addition to being required for online play, Nintendo's Switch Online service now includes dozens of games from the classic NES and Super NES systems, making it a great machine for a nostalgia binge.

Old games aren't the only draw though. Earlier this year, Nintendo released Tetris 99, an online battle royale reimagining of the classic puzzle game -- and only Switch online players could try it. At $20 for a full year of membership, it's a no-brainer. Are you gifting someone a shiny new Switch Lite this year? If so, throw this in and enjoy extra brownie points. -- N.I.

Get Switch Online on Amazon - $20/year 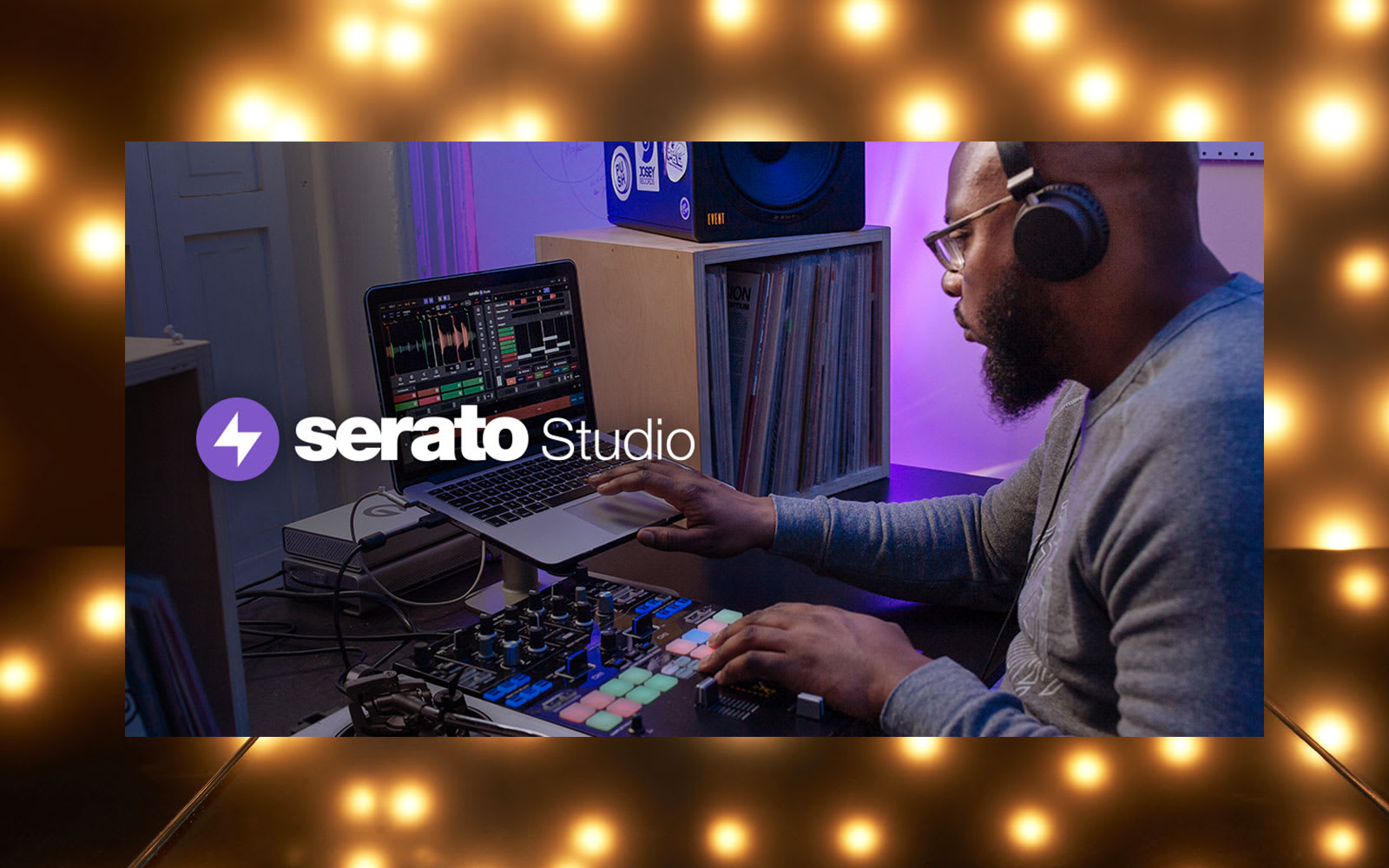 Digital music production can take a lot of work, but if you want to open the doors for someone who has the itch (and a computer), a Serato Studio subscription ($10 a month) might be the perfect gift. For DJs with Serato's software, the interface will be familiar. Those with a controller already have a workstation interface ready to go. Even people taking their first steps in music making will find it easy to get things rolling through the intuitive interface and curated sound packs -- which arrive fresh each month. The loop-based sequencer, filters, effects and free mastering plug-in from iZotope all help provide an approachable yet powerful beat-making tool for newcomers and a great audio sketchpad for seasoned producers. -- Jon Turi, Homepage Editor 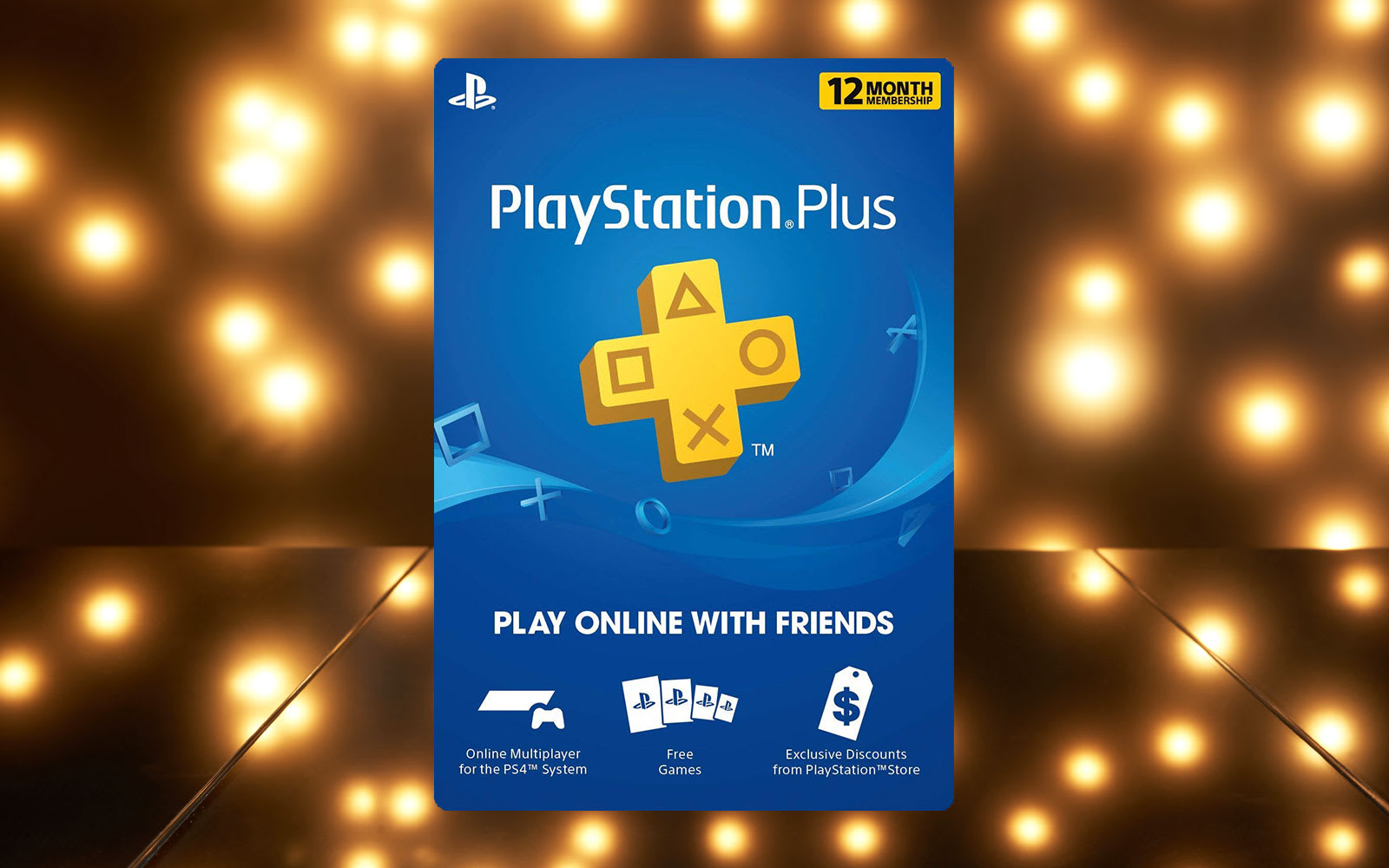 If you're getting a gamer a new PS4 this year, don't forget to include a PlayStation Plus subscription. Perhaps most important, it's a requirement for any online gameplay, but there are plenty of other benefits too. Every month, Sony offers two free PS4 games that stay active as long as the PS Plus subscription is current. It's usually a pretty good selection too -- the games might be on the older side, but they're usually quality titles. Recent selections have included games like Batman: Arkham Knight, MLB The Show 19, The Last of Us Remastered and Borderlands: The Handsome Collection. You'll get access to exclusive discounts and cloud saves for game data as well. -- N.I.

Get PlayStation Plus on Amazon - $60/year 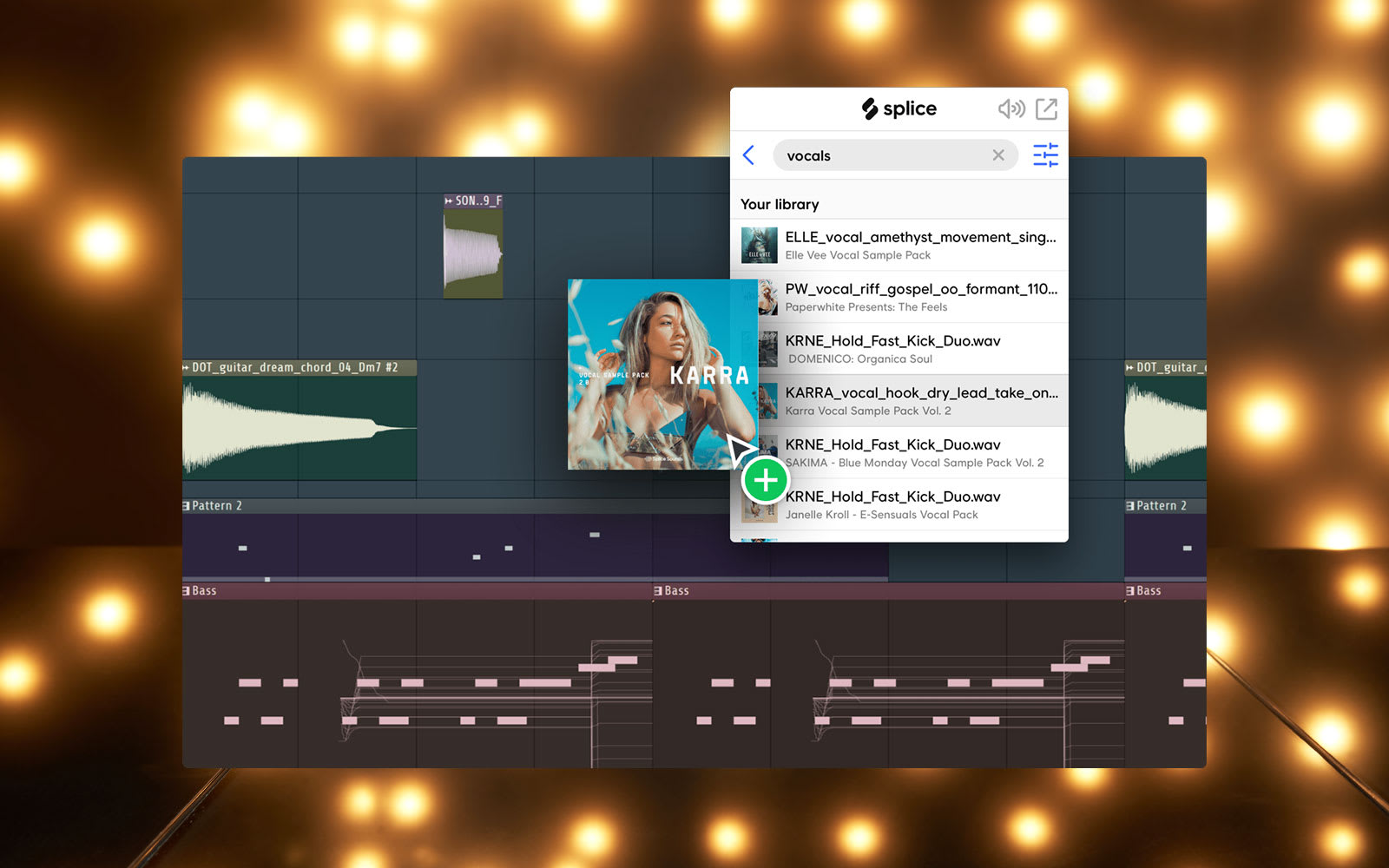 Digital musicians and music producers spend a lot of money on software plug-ins and samples. So why not give them the gift of a subscription to Splice, with access to thousands of samples and the ability to try out hundreds of plug-ins? If they like a certain plug-in, after three days of demoing it, they can purchase it through a rent-to-own system. Trust us, music software can get expensive, so it's much easier for someone just starting out to make payments for something like Auto-Tune than it is to drop more than $300 on it in one shot. Plus, Splice has a huge community of other artists. Access to other producers or performers is priceless when a musician needs help with something technical or to talk shop about songs. All of that begins with a monthly price of $7.99. -- Roberto Baldwin, Senior Editor