Gifting a whole computer might not make sense, but peripherals are always a safe bet.

We get it: Not everyone is going around gifting phones and PCs like they're candy. But there are plenty of ways to make the devices we own better, whether it's improving how you interact with them, or just making them last longer. Engadget's staff got together to pick out some gift idea for every budget, from mouse surfaces to powerbanks. There's even a truly weird (but equally brilliant) pressure-sensitive, customizable trackpad. 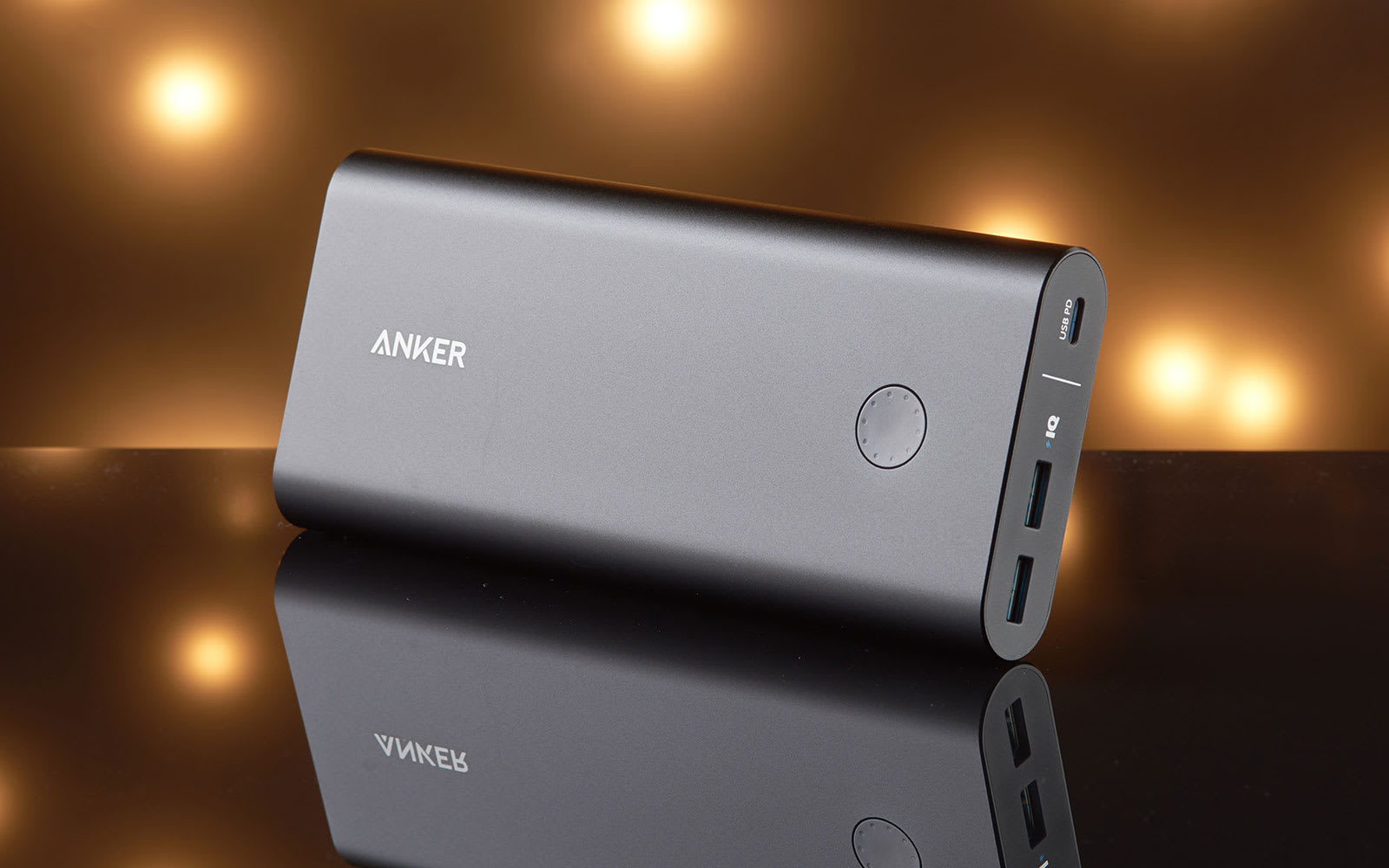 If you know someone who has trouble keeping all -- and we mean all -- of their gadgets consistently charged, the PowerCore+ 26800 PD might be their perfect travel companion. In addition to the two full-size USB ports up front, Anker's whopper of a power bank also packs a USB-C port that can deliver up to 30W of power to a single device. That means it will not only charge a smartphone quickly but also recharge big tablets like the iPad Pro and some laptops. (In case you were curious, it's been a lifesaver for some of Engadget's live-event coverage.) Best of all, the device's robust metal body feels like it can take a beating, so we have little doubt it'll hold up against even the most disgruntled baggage handler. -- Chris Velazco, Senior Mobile Editor

Turn on browser notifications to receive breaking news alerts from Engadget
You can disable notifications at any time in your settings menu.
Not now
Buy PowerCore+ 26800 on Amazon - $130 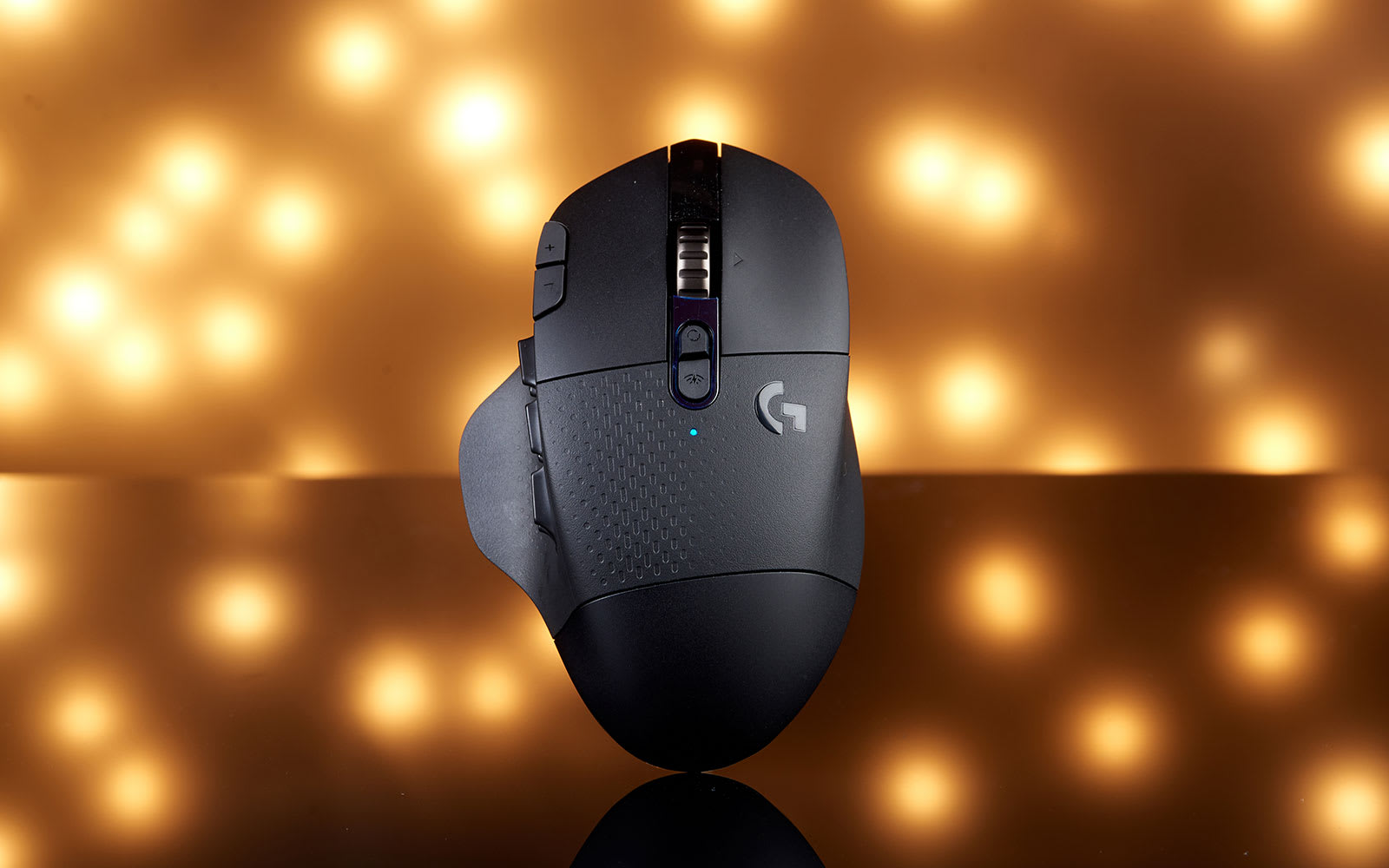 If you know a PC gamer or power user who could stand a new mouse, the G604 Lightspeed is a good all-around choice. It's not as lavish as the MX Master 3, but it should satisfy most needs in style. The lag-free wireless and extra-precise sensor offer fine-grained control over creative apps and reflex-driven shooters, and there are no fewer than six side buttons -- helpful for macro commands or games with complex controls.

It's not a trivial purchase at $100, but it's arguably a good investment for a mouse that could last years. And since the G604 only needs one AA battery to last for 10 days (five months on Bluetooth), your recipient won't be spending a small fortune on rechargeables to keep it running. -- Jon Fingas, Associate Editor 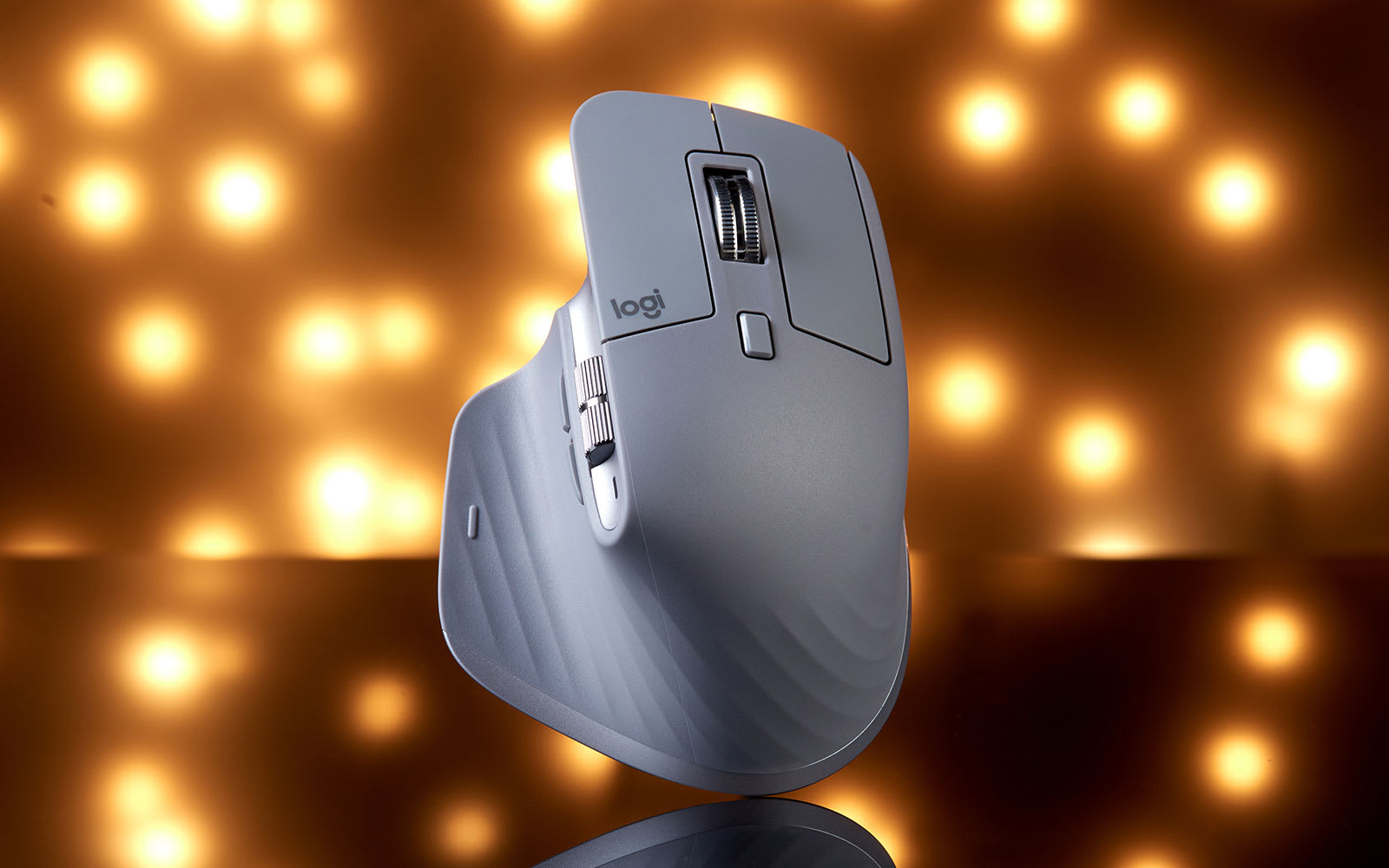 Logitech's MX Master series is a regular fixture in our gift guides, and for good reason: It's an easy pick for most power users. If you know someone who would love to upgrade their desktop tools, the new MX Master 3 mouse could be a fantastic gift. It's a high-quality mouse for anyone who does a lot of fine-grain mouse work, with an ergonomic grip and customizable buttons. The standout feature though is an electromagnetic scroll wheel that moves dynamically depending on how quickly they spin it.

If they drag it slowly, they can click along for fine-grain scanning and searching; spin it hard, however, and it'll roll free to get them from the top of the page as quickly as possible. It works with up to three different devices, should your friend have three machines in use at once, and there are preset customizations for specific apps like Photoshop, Chrome, Microsoft Office and Premiere Pro. It's not cheap, but considering how long they'll spend using one at a time, it's worth choosing something comfortable and precise. -- Daniel Cooper, Senior Editor 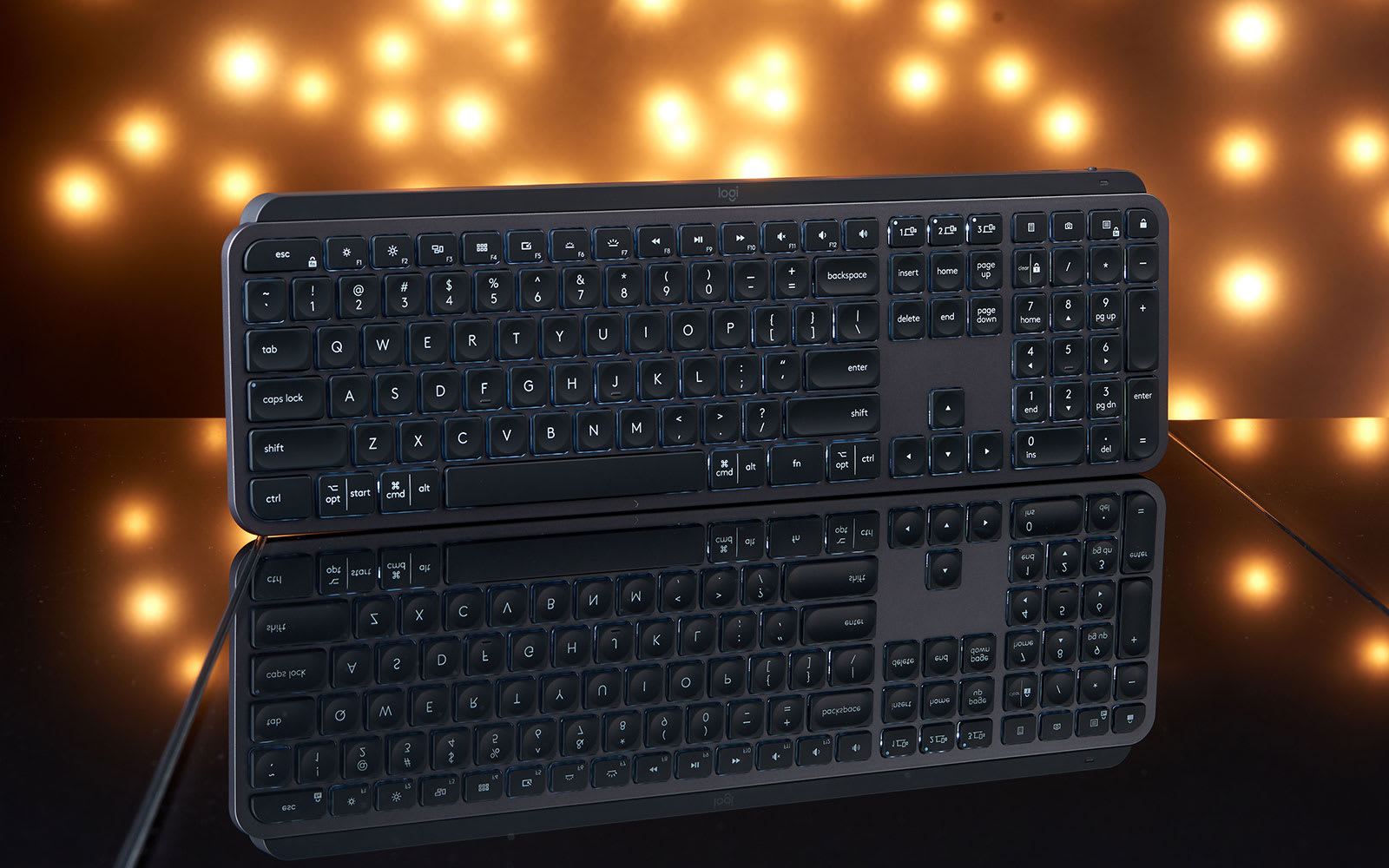 People can spend years hammering away at the same lackluster keyboard and never think about upgrading it. But that doesn't mean you can't treat someone to something new, especially since it's something they'll use more than almost anything else. Logitech's MX Keys is a sleek, professional membrane keyboard that can be paired with three different devices at once, with dedicated keys to switch among each one. If you know someone who writes, codes or just has a desk full of computers, this could fit the bill.

A lot of keyboard users like a mechanical unit for typing, but their noise means that they may wind up irritating their co-workers. MX Keys offers similar quality, depth and travel but has a membrane-backed keyboard, which is much quieter than the alternative. The other great feature of the MX Keys is the automatically-adjusting backlight for when they're in a dark room. As the ambient light drops, the lights get stronger, making it easy to keep working through the night. -- D.C. 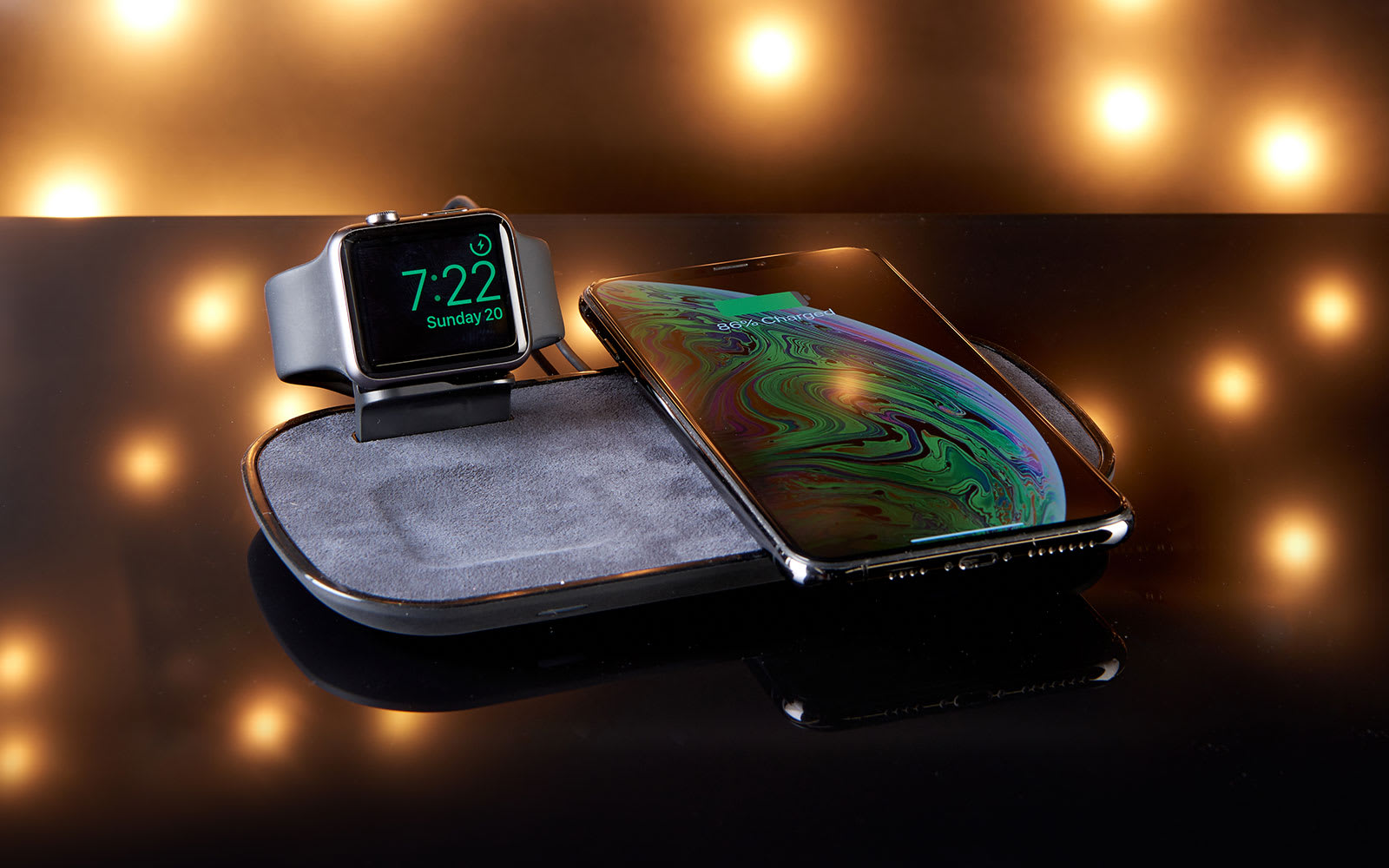 Is there someone in your life who's all-in on Apple gear and has a tangled mess of charging cables as a result? You might be a minor hero if you get them Mophie's 3-in-1 Wireless Charging Pad. The device can top up a recent iPhone, an Apple Watch and the AirPods' wireless-charging case without plugging in anything besides the pad's power cable. It's one of the pricier wireless-charging pads at $140, although that may be a bargain if you were already thinking of getting more than one pad.

And you do have an alternative if you'd like something more affordable or universal. Mophie's Dual Wireless Charging Pad won't charge your Apple Watch, but its lower $80 price and more-flexible design could make it a better fit, especially if there are any Android phones in your giftee's household. -- J.F. 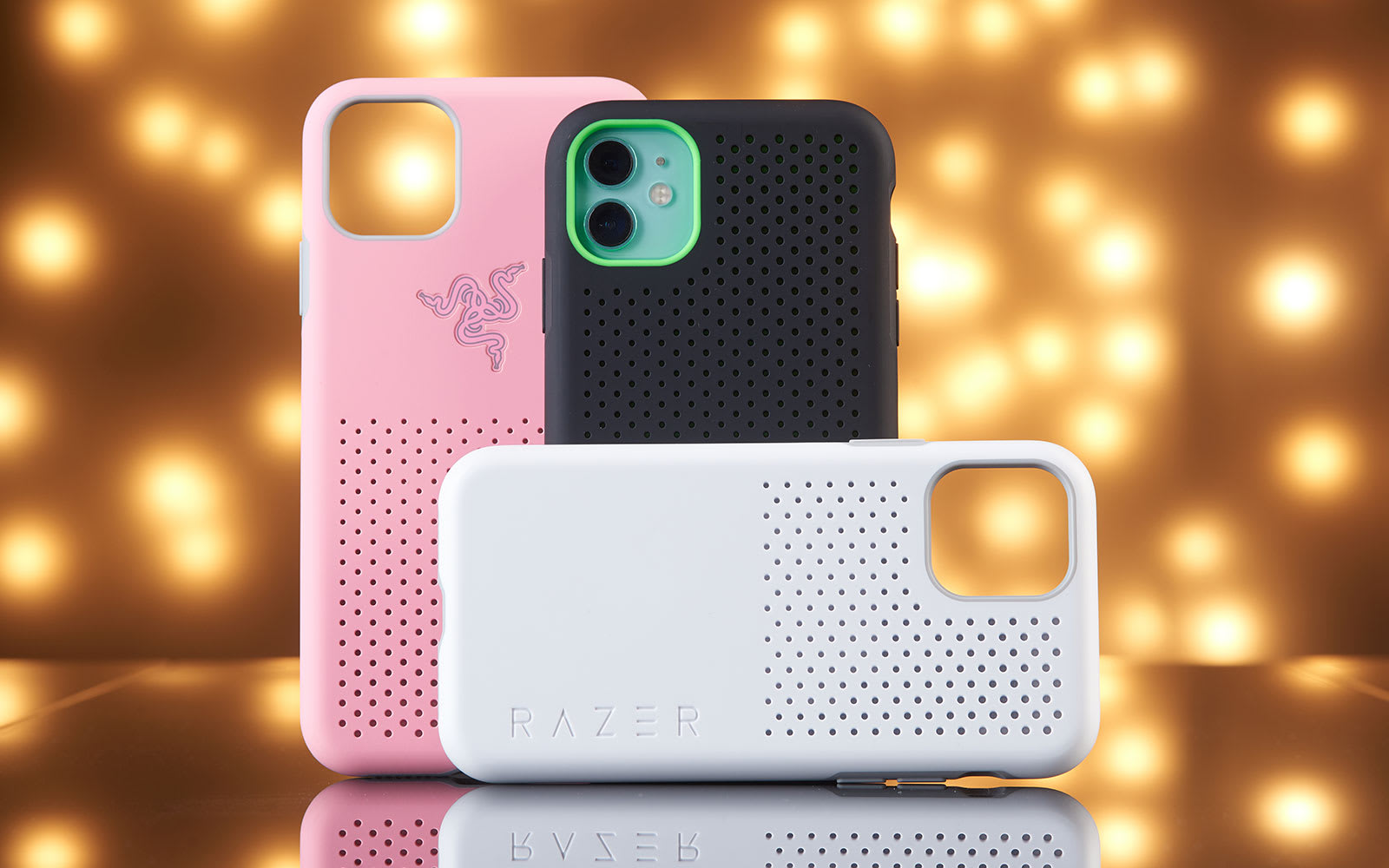 There's a chance that a mobile gamer you know has complained about their phone overheating during an extended play session. If so, you might want to consider the Arctech Pro case as a gift. The design covers the bases of protecting an iPhone or Razer Phone 2 against drops (as high as 10 feet), but its real allure is its heat dissipation: It should keep a handset cool even during a Fortnite marathon. And if your recipient is more interested in a pocket-friendly profile than shock resistance, the Arctech Slim will fit the bill for slightly less money. -- J.F. 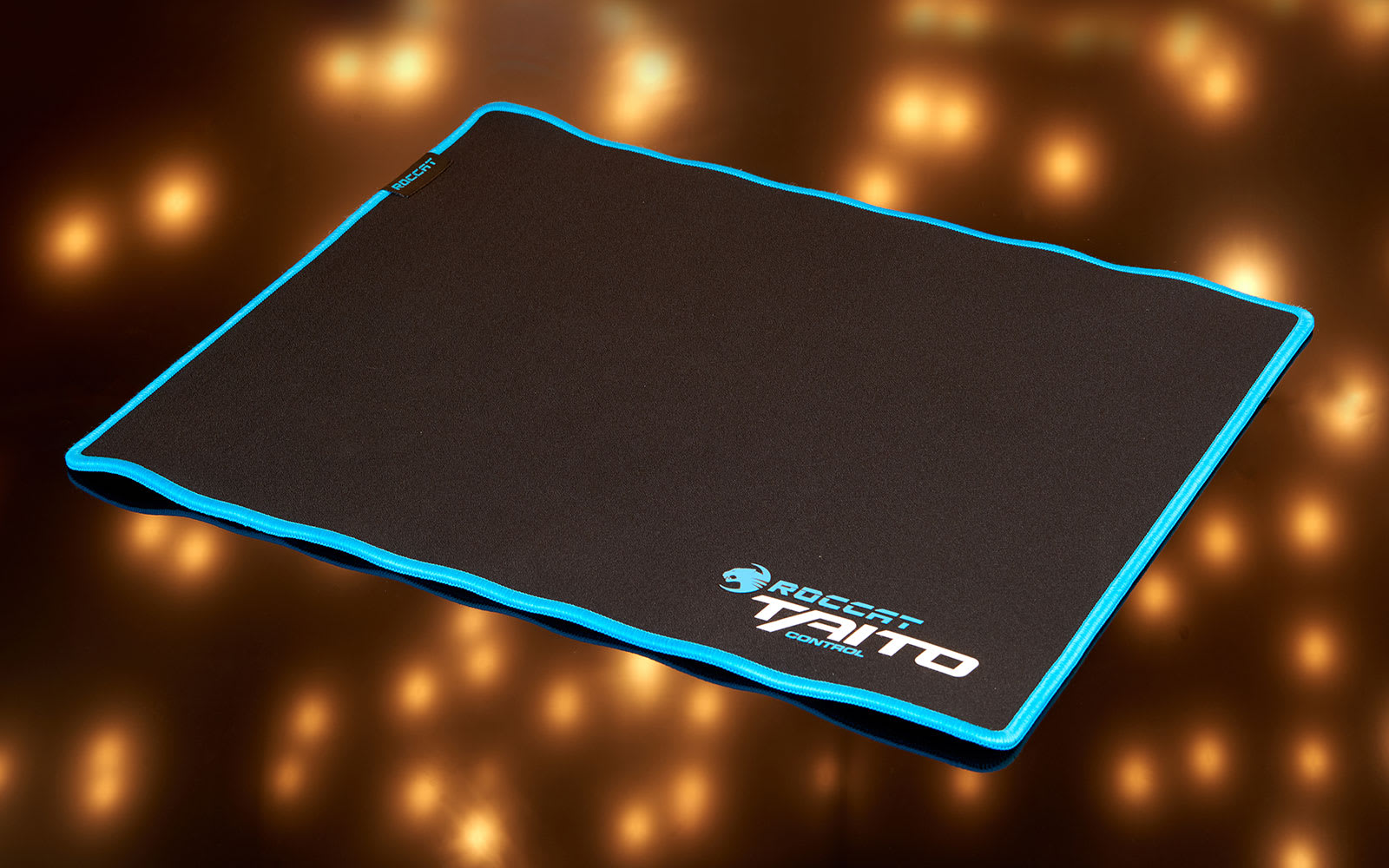 Here's an easy but thoughtful gift for the PC power user in your life: replace their worn-out mouse pad. Roccat's Taito Control isn't the flashiest, but its cloth surface promises a balance between control and ease of movement that should help gamers and everyday users alike. It's available in three sizes that can fit someone's exact needs, and it should last longer than your typical cloth pad, with borders and materials that are more resistant to daily abuse. The Taito Control might not be as immediately thrilling as some gifts, but it could be appreciated over the long haul. -- J.F. 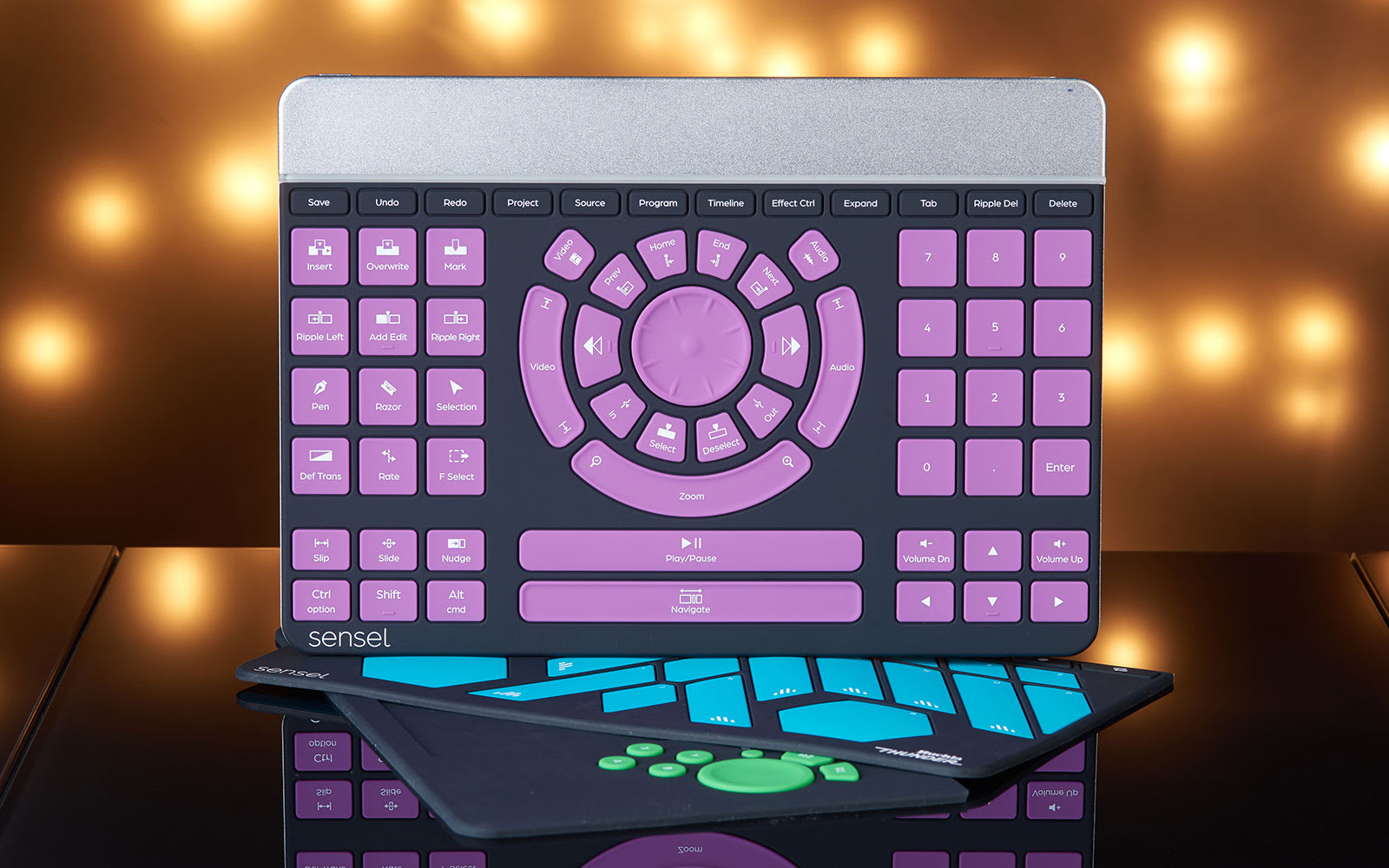 If there's a creative person in your life who can't decide what their preferred medium is, they might need a Morph. It's hard to describe exactly what it is because, well, it's so many things. At its most basic it's a giant pressure-sensitive, customizable trackpad. It can be used as a Wacom-style drawing tablet for a graphic designer or visual artist. But silicone overlays turn it into a keyboard for musicians, audio controls for beat makers and producers, or a panel of video-editing controls for budding directors. There's even an "innovators overlay" that lets someone customize it to their exact specifications. No, seriously: They can just draw their own dream controller on a piece of paper, put it under the clear silicone mat and dial in their perfect interface with the SenselApp. -- Terrence O'Brien, Managing Editor 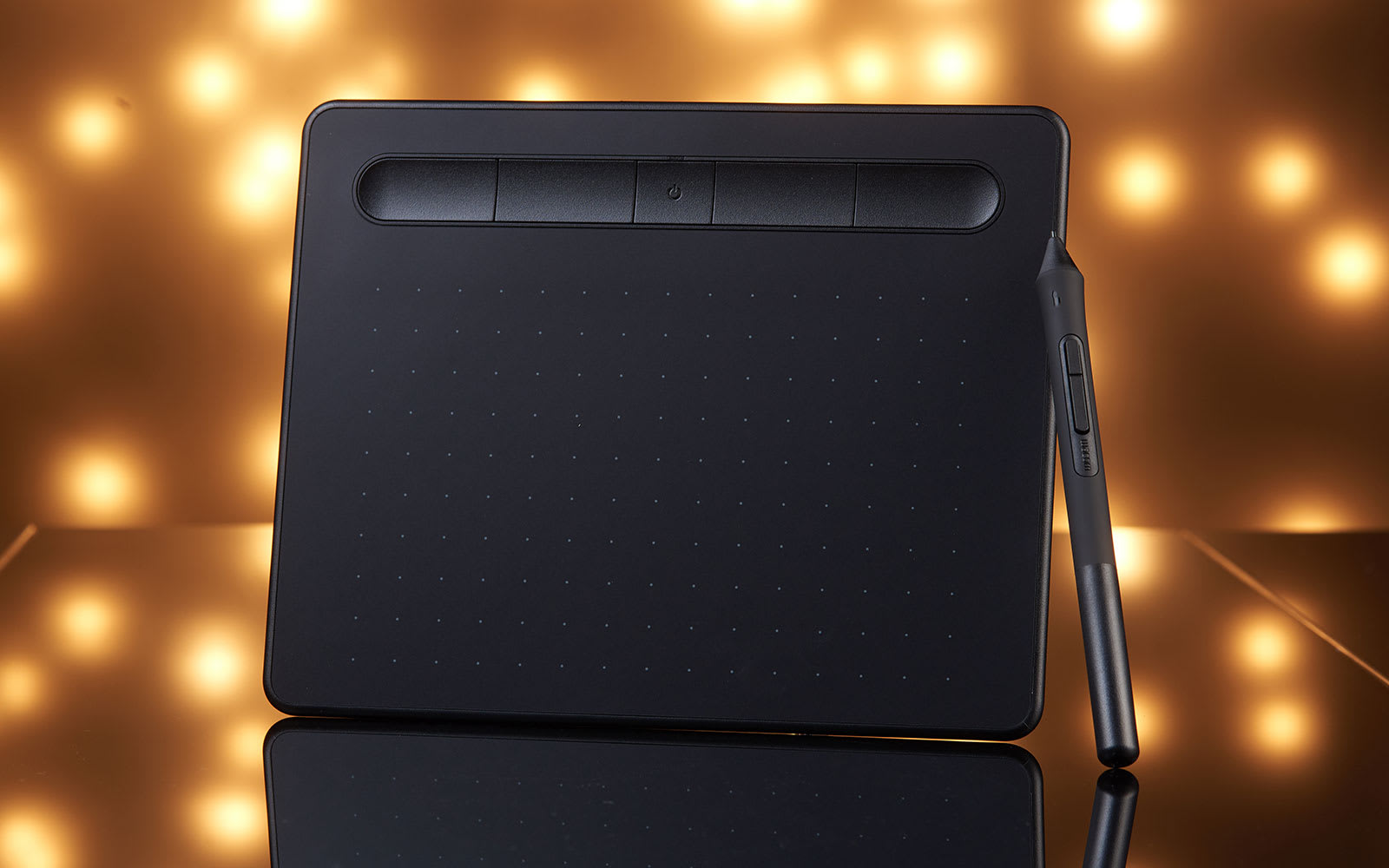 Budding digital artists need a stylus if they're going to draw, and Wacom's Intuos line remains a go-to gift for anyone who doesn't already have pen support on their PC. The Intuos S mates a highly sensitive, battery-free stylus with a surface small enough to carry alongside a laptop (or fit on a cramped desk), all for a relatively inexpensive $80. And if you know a creator who wants more than the basics, there's always the Bluetooth-equipped version of the Intuos S as well as the larger Intuos M. -- J.F.

All products recommended by Engadget are selected by our editorial team, independent of our parent company. Some of our stories include affiliate links. If you buy something through one of these links, we may earn an affiliate commission. All prices are correct at the time of publishing.
View All Comments
PC and mobile accessories that'll make great gifts