The best gifts and games for console gamers

From a Switch Lite to our favorite Xbox controllers.

This year will mark the end of an era for console gaming. Next-generation consoles are coming in 2020, but it also means both the PS4 and the Xbox One are at the peak of their power and popularity. Not to be outdone, there's also Nintendo's Switch, which has already seen a second-generation hardware twist in the handheld Switch Lite.

Our selection for this holiday season runs across all these consoles, as well as including Sega's nostalgia-baiting Genesis Mini. We've focused on tried-and-tested AAA titles like Overwatch on the Switch, and Control available on both Xbox and PlayStation, while also suggesting more under-the-radar hits like Bloodstained: Ritual of the Night and Risk of Rain 2.

Naturally, Pokémon Sword and Shield isn't quite out yet, but from our early impressions, we know it will satisfy any Pokémon fans you're shopping for. And, if you need even more recommendations for the gamers in your life, we have a guide for every console. 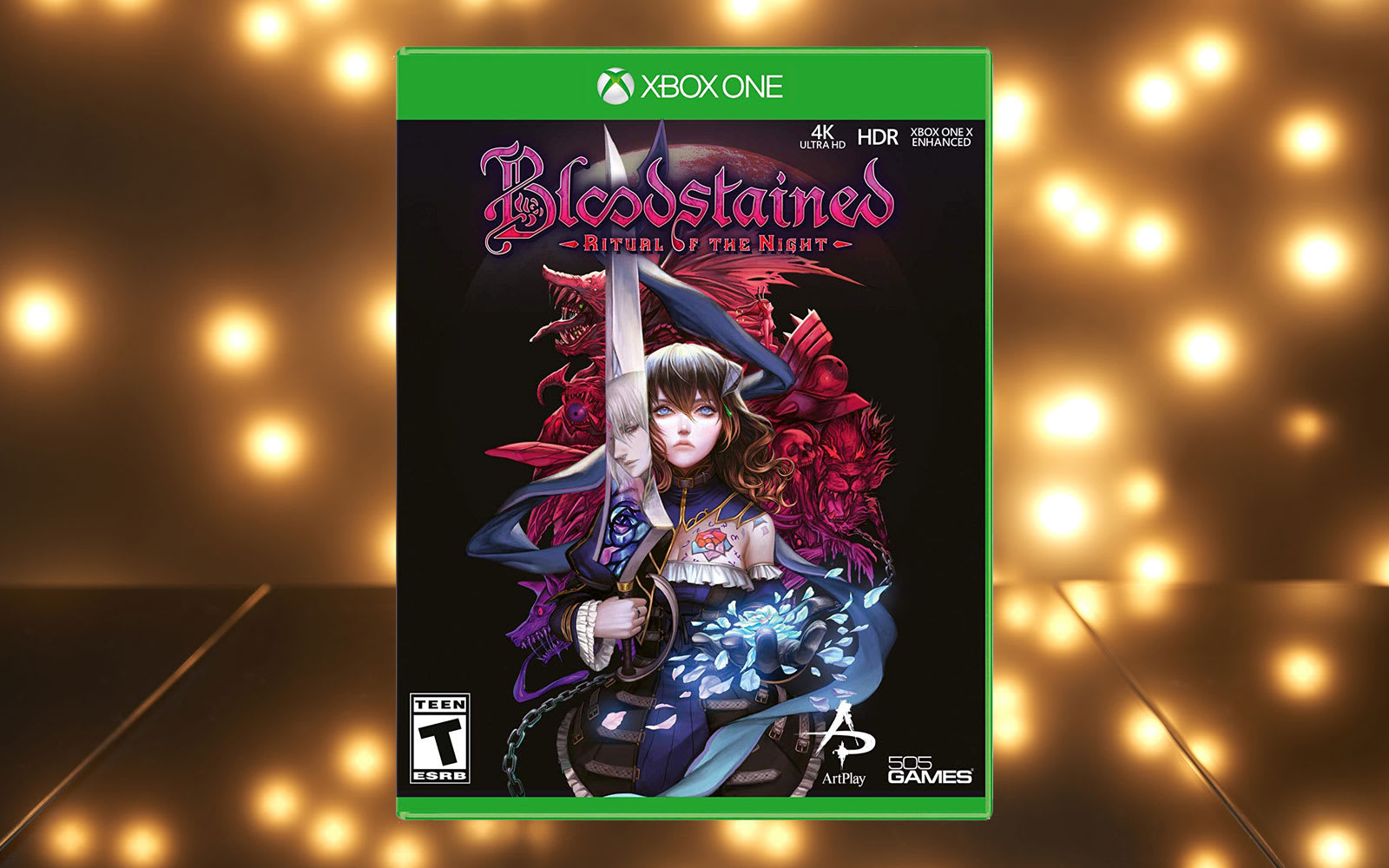 We all know someone who yearns for the good old days when pixel-art games reigned supreme, someone who will roll their eyes when you get excited for Final Fantasy VII Remake and tell you Final Fantasy VI on the SNES is where it's at. In my case, that person is me, and I'm here to tell you that Bloodstained: Ritual of the Night is the best throwback game money can buy. Bloodstained was created by longtime Castlevania producer Koji Igarashi, and it's essentially a greatest-hits compilation of all the best bits of his seminal series, with just enough changes to ensure Konami's lawyers don't come knocking. If you know someone like me, you should really buy them this game. -- Aaron Souppouris, Executive Editor 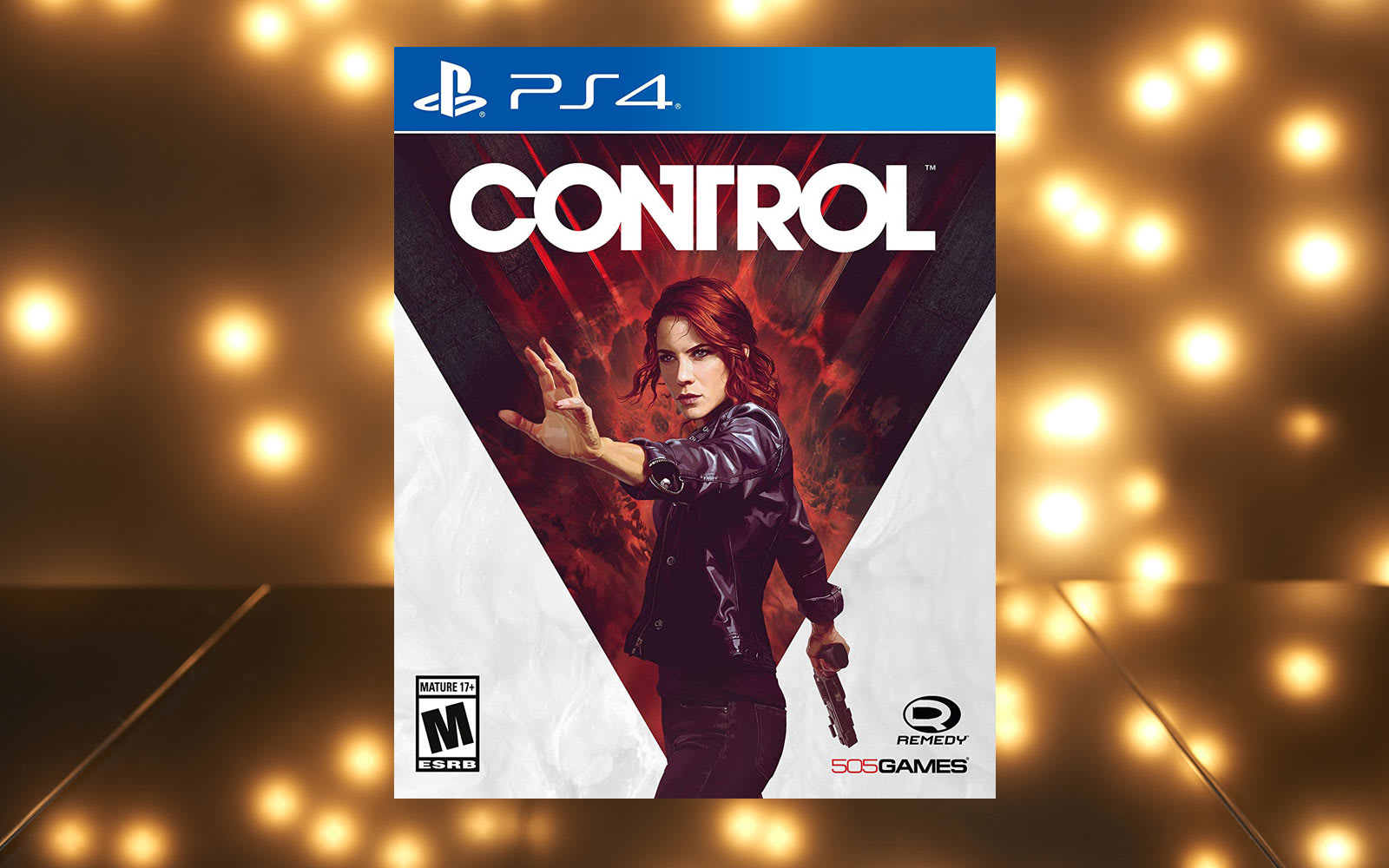 What do you get the gamer who has everything? You get weird. Control is a top-notch sci-fi action game from Alan Wake studio Remedy Entertainment, and it's filled with supernatural phenomena, government conspiracies and alien entities. It's kind of like The X-Files but if Scully had a shape-shifting gun and the power of telekinesis.

It's possible that Control slipped through the cracks for plenty of gaming fans this year, lost among high-profile launches like Destiny 2: Shadowkeep, Pokemon: Sword and Pokemon Shield, Kingdom Hearts 3, Apex Legends and whatever Fortnite is doing now. However, Control is a solid shooter with smooth mechanics and a spooky storyline that might kind of definitely tie into Alan Wake, making it a must-play title of 2019. -- Jessica Conditt, Senior Editor 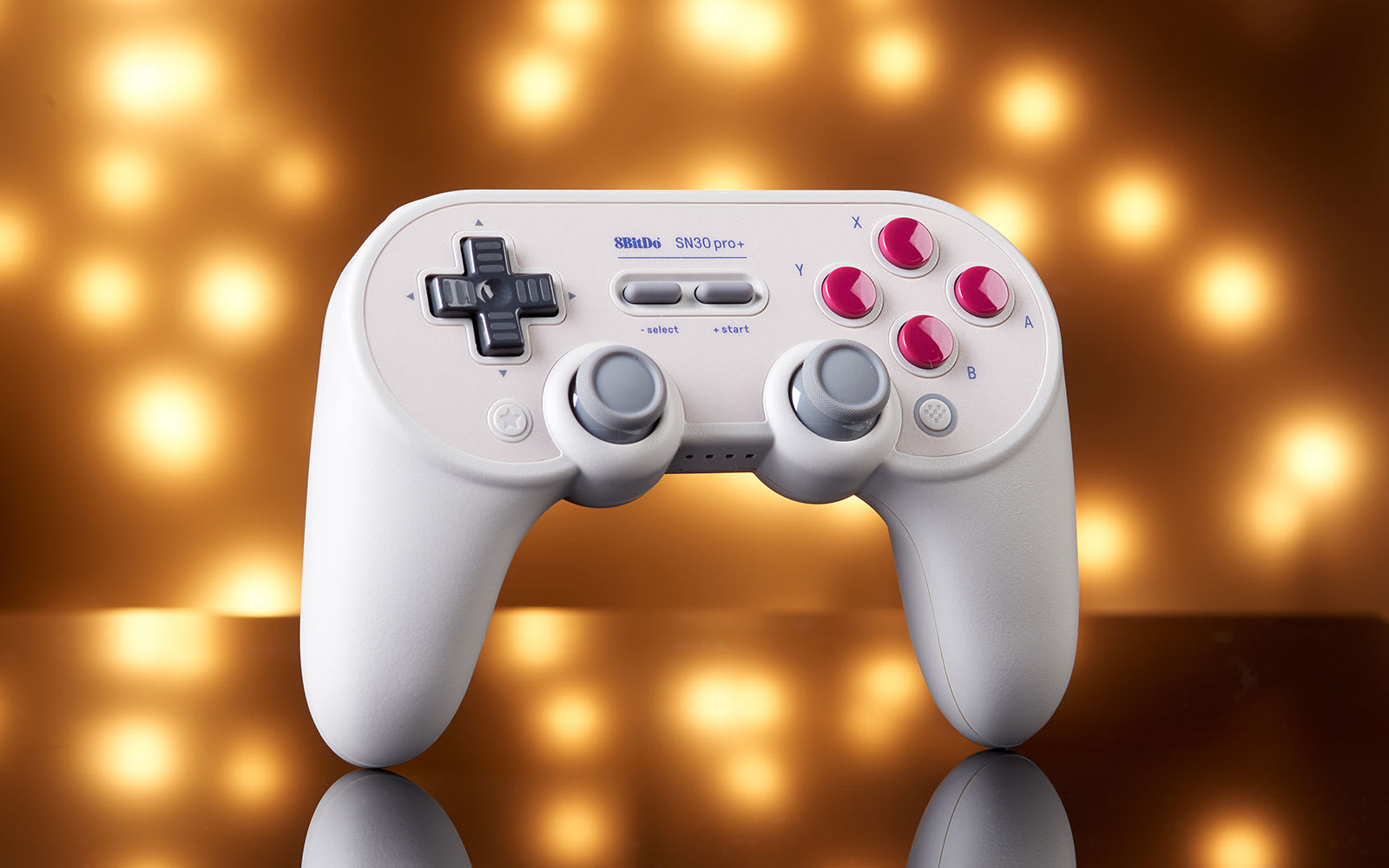 Nintendo's standard Switch controllers aren't for everyone. Some people find them uncomfortable, and others have suffered through the "Joy-Con drift" issue. If a loved one is looking for an alternative, 8BitDo's SN30 Pro+ might fit the bill. It's not only lighter on the wallet than Nintendo's Pro Controller but also feels great and looks like a mashup of the classic SNES joypad and Sony's DualShock 4. Plugging it into a computer opens up a wealth of customization options, which is a boon for accessibility. It works with Windows, macOS, Raspberry PI and Android as well as Switch, so if you're buying for someone who plays games on various systems, they'll surely appreciate the flexibility of the SN30 Pro+. -- Kris Holt, Contributing Editor 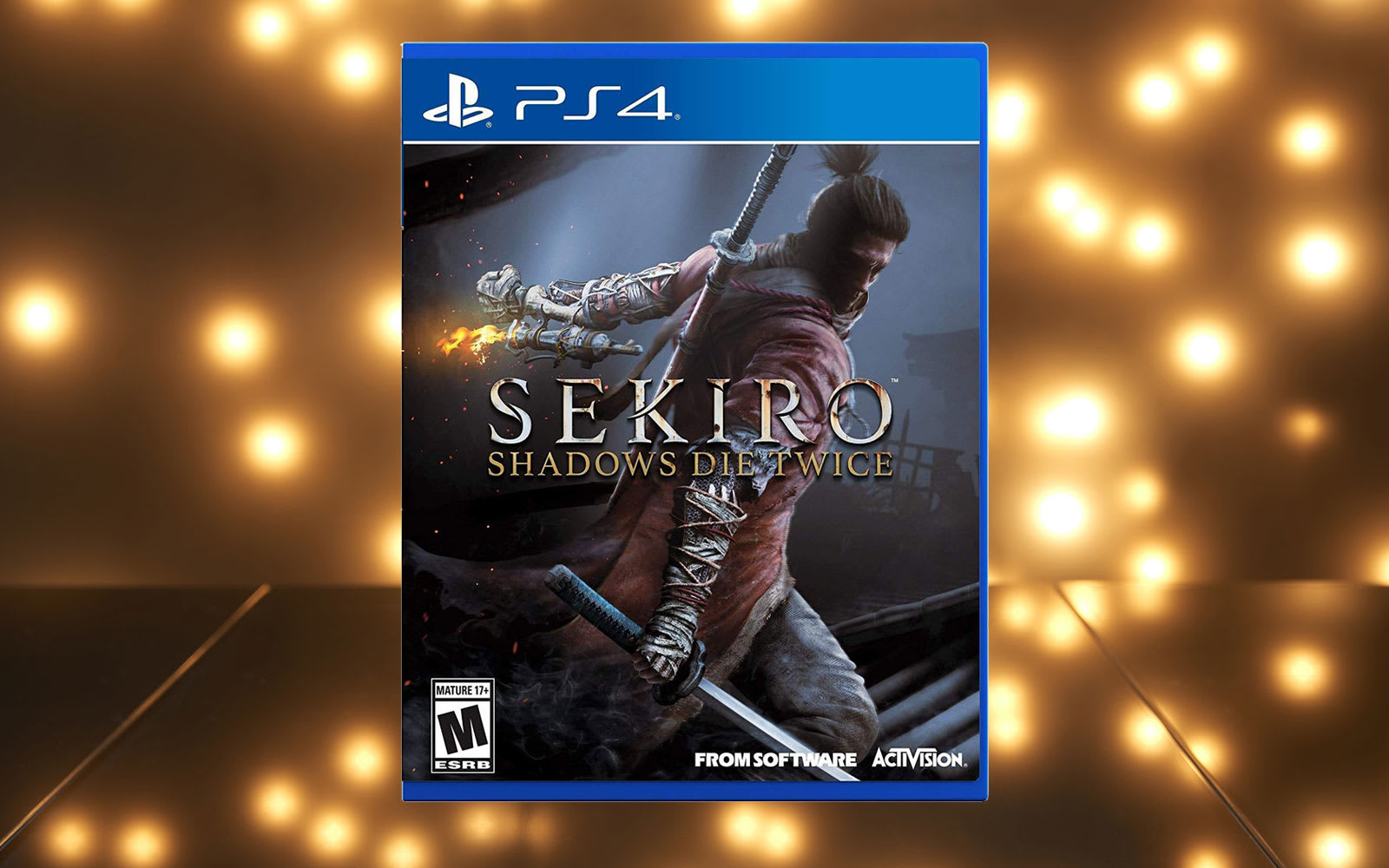 The perfect gift for a masochist, Sekiro: Shadows Die Twice is the latest game from the team that brought you Dark Souls. Although just as challenging as that series, Sekiro takes Dark Souls' weighty, gothic combat and and swaps it out for stealth, grappling hooks and swift swordplay. The result of all these changes is something with broader appeal, enjoyable not only by Dark Souls fans but also anyone who loves third-person action games and a good challenge. -- A.S. 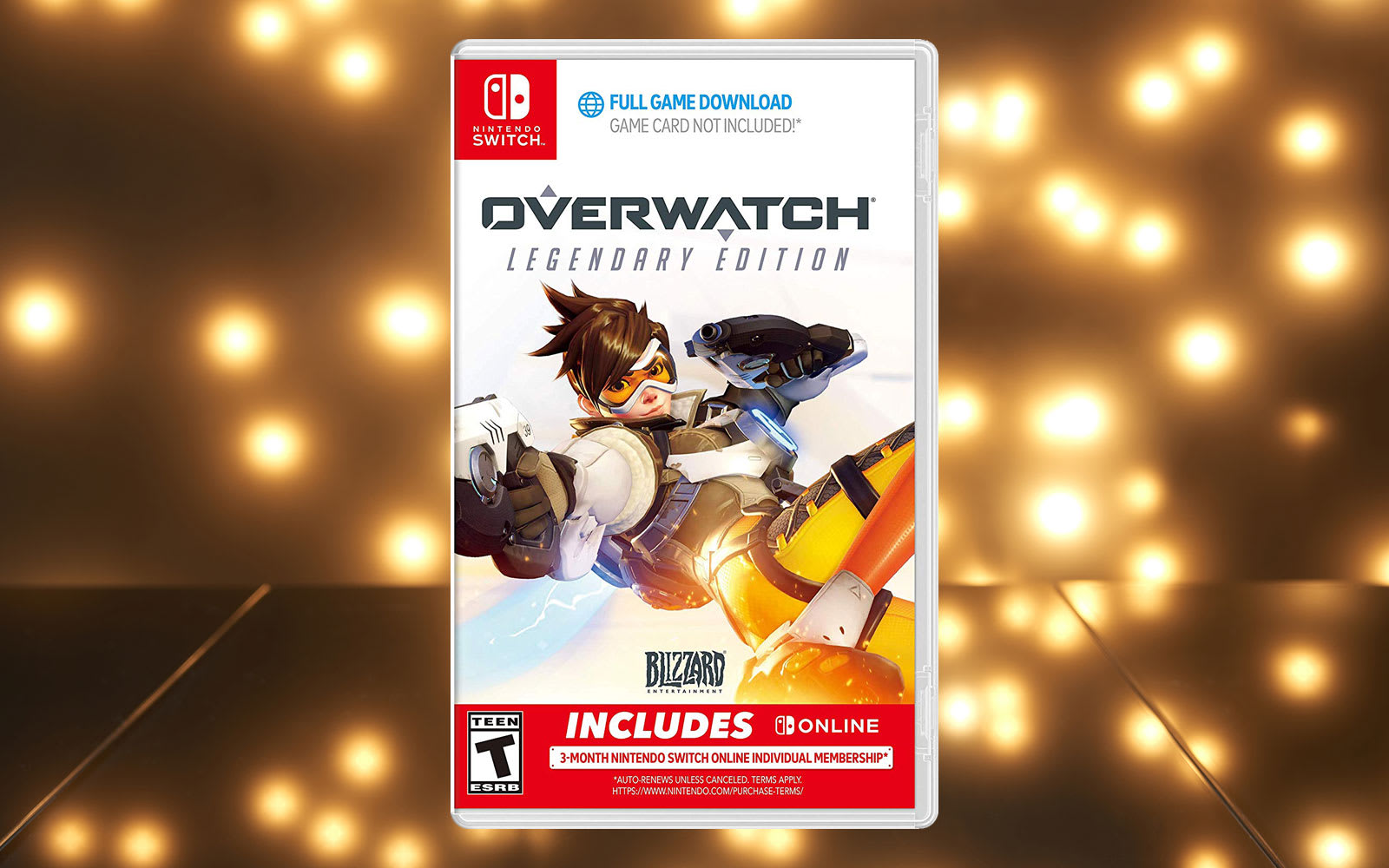 Switch owners have plenty of options when it comes to games. The system has a bevy of Mario titles, indie games and AAA experiences ready to roll, but when it comes to multiplayer shooters, the choice has basically been Splatoon or something from Bethesda. That is, until Overwatch showed up on Switch.

Overwatch is already a successful competitive shooter for PC, Xbox One and PlayStation 4, and it has a robust international eSports scene. The Switch version of the game isn't as high fidelity as other editions, but it's a fantastic way for fans to scratch the Overwatch itch while traveling, before going to bed or while their main gaming screen is otherwise occupied. Overwatch on Switch offers a more casual competitive scene, and something unique for Nintendo's library. -- J.C. 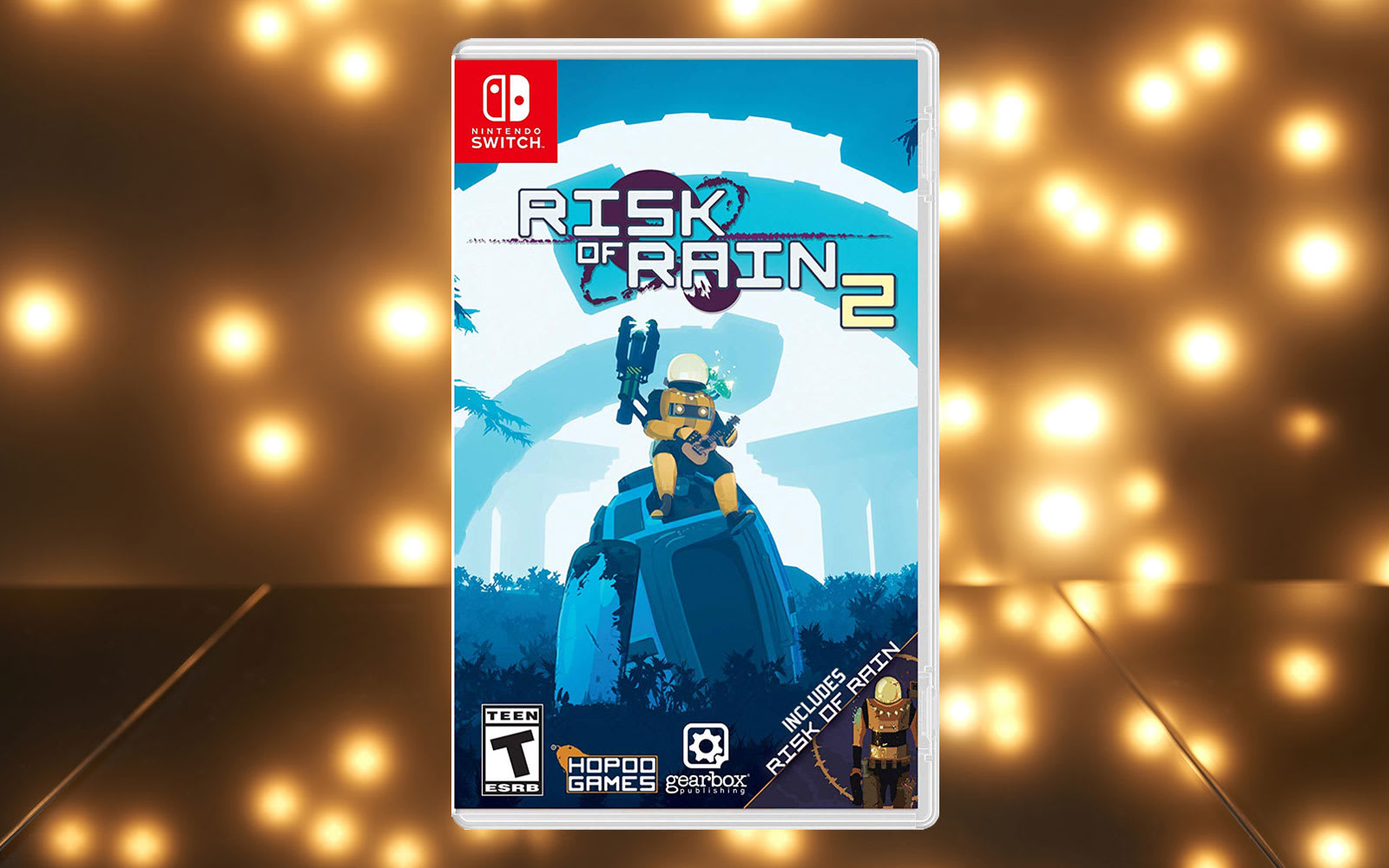 This is a true ground-floor opportunity. Risk of Rain 2 comes from independent studio Hopoo Games, and it's the sequel to the acclaimed 2013 roguelike game of the same name (sans one "2"). Technically, Risk of Rain 2 won't come out until spring of next year, but it's playable now as an Early Access title, allowing fans to provide feedback to the developers and help polish the final product. But so far, Risk of Rain 2 is an addictive, nonstop shooting and looting frenzy with a spectacular soundtrack, and it's worth playing as soon as possible. Plus, participating in the Early Access community is a great way to earn forum cred as a gaming fan.

Risk of Rain 2 is available digitally on PlayStation 4, Xbox One, Switch and PC, but it's getting a physical version for consoles in November. The boxed edition comes with the original Risk of Rain and its sequel, showcasing the franchise's seamless jump from 2D to 3D. It costs just $30 on PS4 and Xbox One or $40 on Switch. -- J.C. 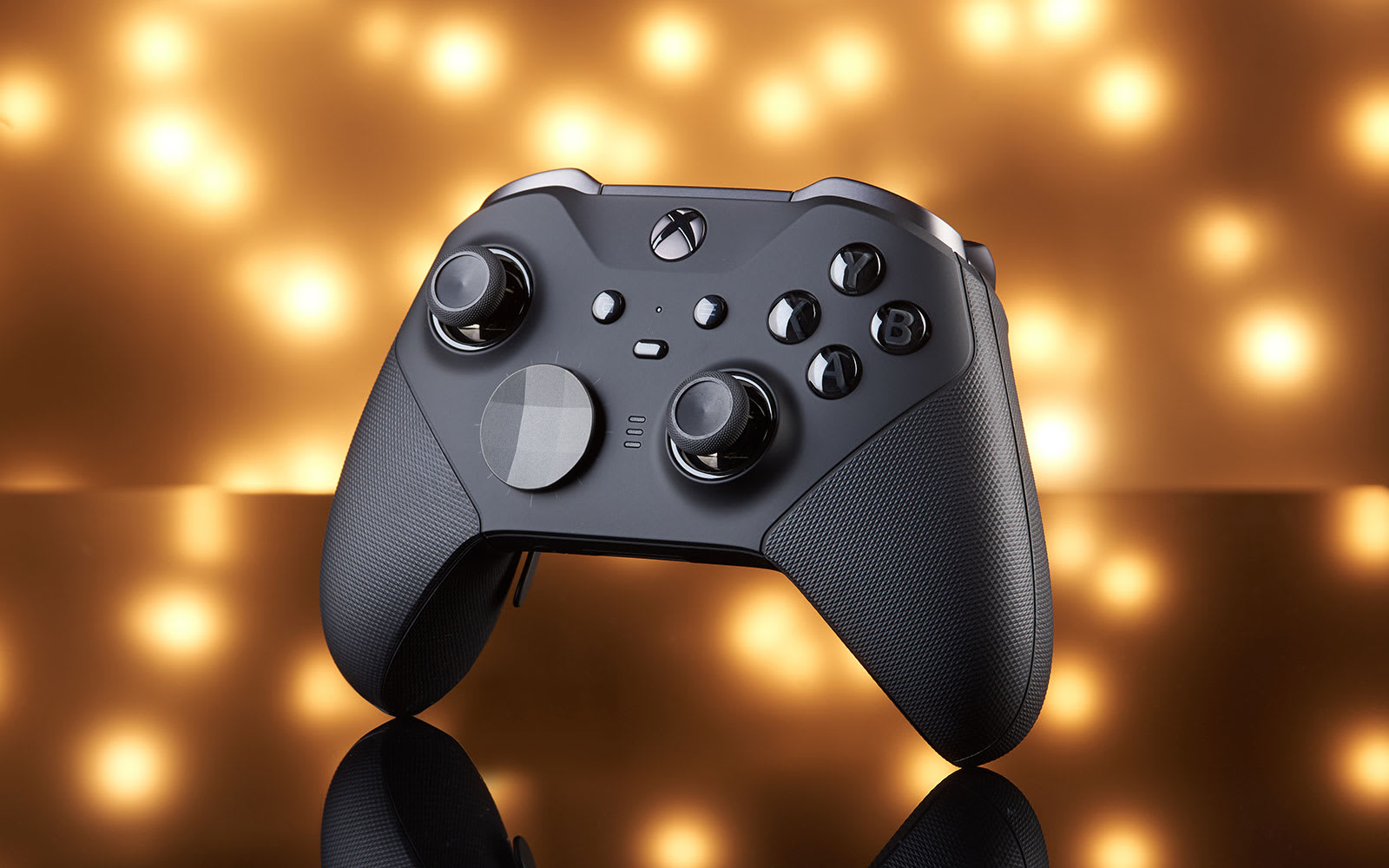 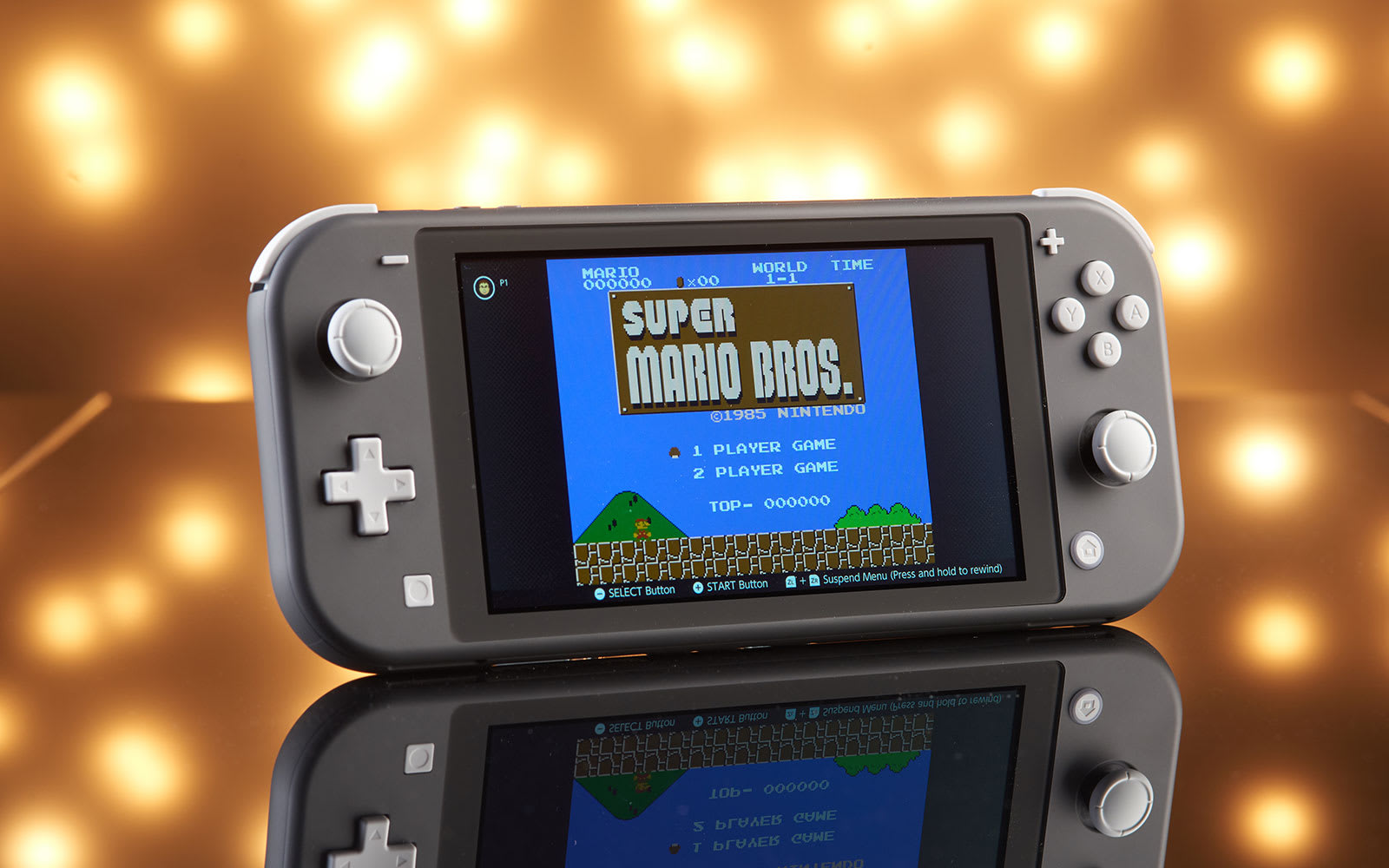 It's the new, cheap Switch, optimized for on-the-go play with a 5.5-inch screen. Try to overlook the irony that a hybrid console created for both portable and docked play has now been re-released with only one of those functions. Consider instead that A) it may be the perfect device for kids, allowing parents autonomy over their own TV, and B) if you're often on the move (or have already ceded control of the home entertainment system), it's an excellent portable device in its own right. -- Chris Ip, Associate Features Editor 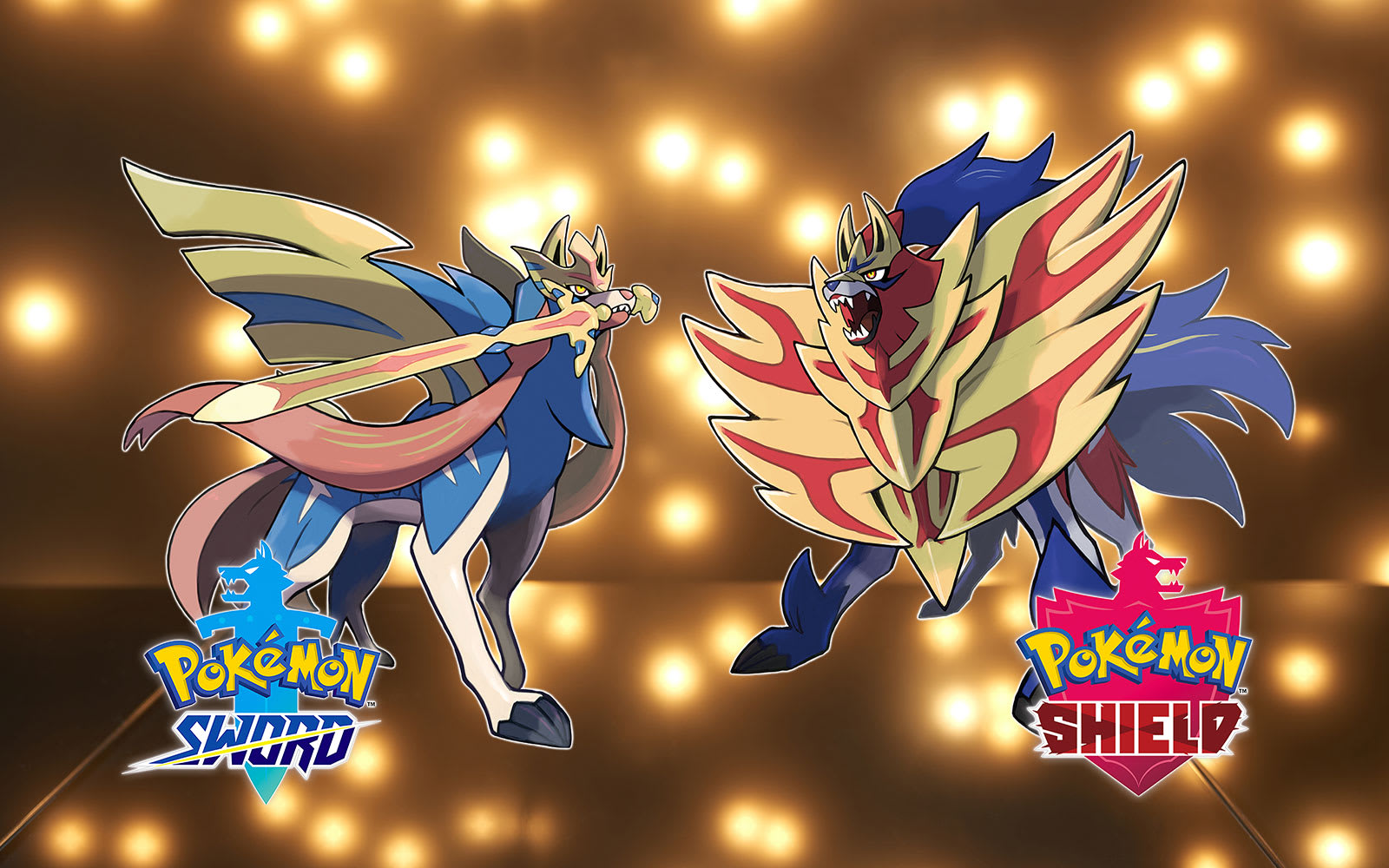 If you know a Pokémon Go fanatic, consider treating them to the first full Pokémon games on Nintendo Switch. Pokémon Sword and Pokémon Shield have an overhauled roster of creatures to catch, along with a new setting: the Galar region, which is based on Great Britain. As ever, the goal is to become the best trainer in all the land. All told, one of the more eye-catching aspects this time around is the Gigantamax feature. Several Pokémon species can turn into enormous versions of themselves and seriously boost their stats, adding a fresh spin to trainer battles. -- K.H. 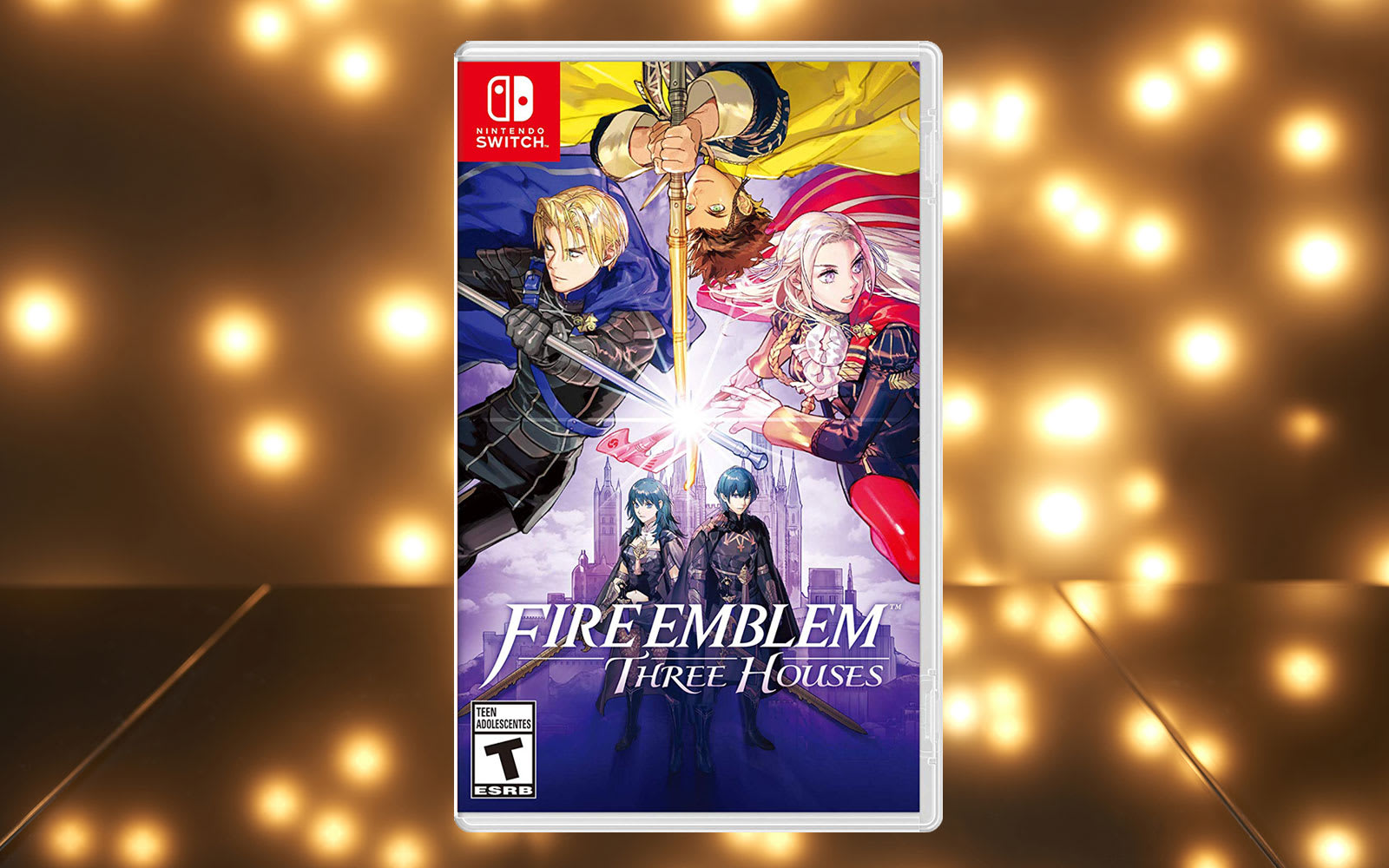 Outside of a free-to-play game like Fortnite -- which, if you're gifting someone a game that's free, you're genuinely the worst -- it's hard to get better value for your money than Fire Emblem: Three Houses. It's an RPG strategy title exclusive to the Nintendo Switch with a story that spans decades. It's truly a special game, made more so by the fact that there are multiple distinct paths to go down on subsequent playthroughs. For a clue about just how big this game is: This Engadget editor has logged 180 hours and still isn't finished. -- A.S. 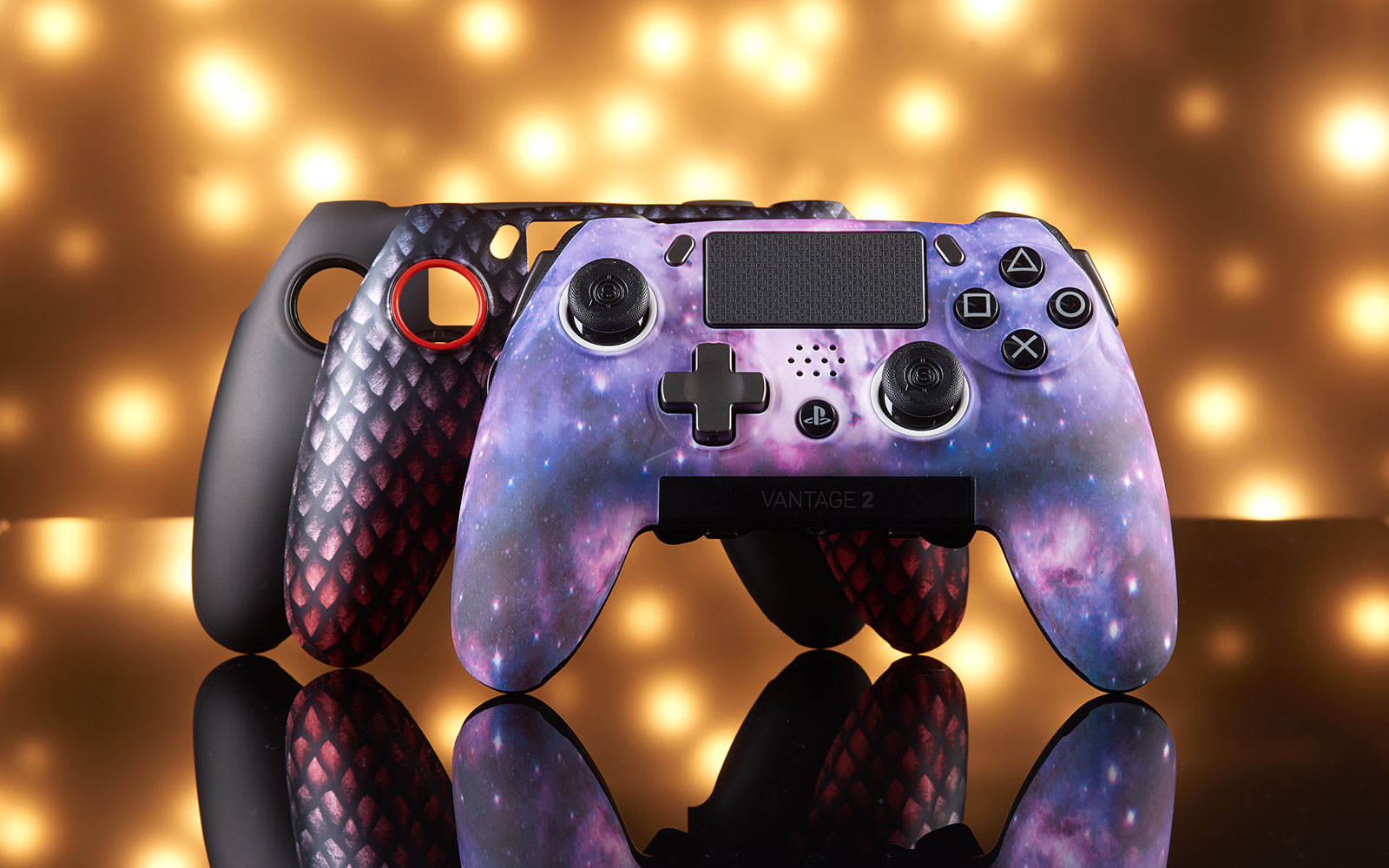 When the original Scuf Vantage arrived last year, it offered PlayStation 4 gamers a wired and wireless controller with customization that the DualShock 4 lacks. The Vantage 2 makes an even better gift, as Scuf has made it more tunable while also increasing ruggedness. Your favorite Call of Duty player can still swap out the sticks, triggers, buttons and face plates, while adjusting the tension of each control to "t." They can also map each button so they can reload without taking their fingers off the trigger, or adjust button positions to reduce hand strain. The Scuf controllers (available for PS4 and PC) don't come cheap at $170 and $200 for the wired and Bluetooth wireless models, respectively. However, it's one of the few models that a gamer can truly make their own. -- Steve Dent, Associate Editor 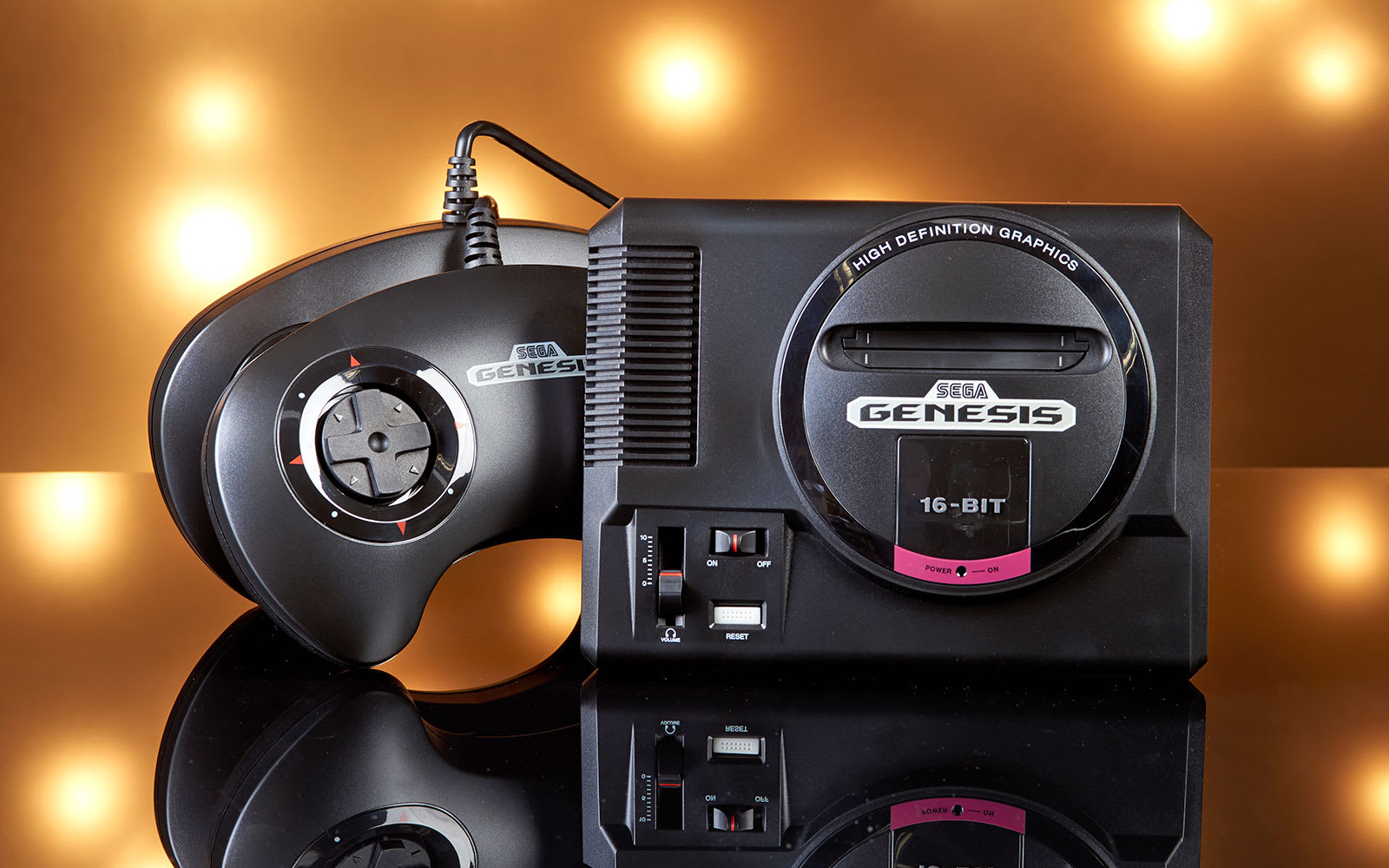 A 42-game library, authentic 16-bit menu of music, smooth emulation -- of all the mini gaming consoles we've seen, this may be the best. As a bonus, changing the system's language changes the game's region, essentially opening up a catalog of "imports." Castlevania: Bloodlines, Golden Axe and Street Fighter 2 are a retro gaming education for today's kids. The chunky plastic experience is strictly for children of the '90s. -- C.I.