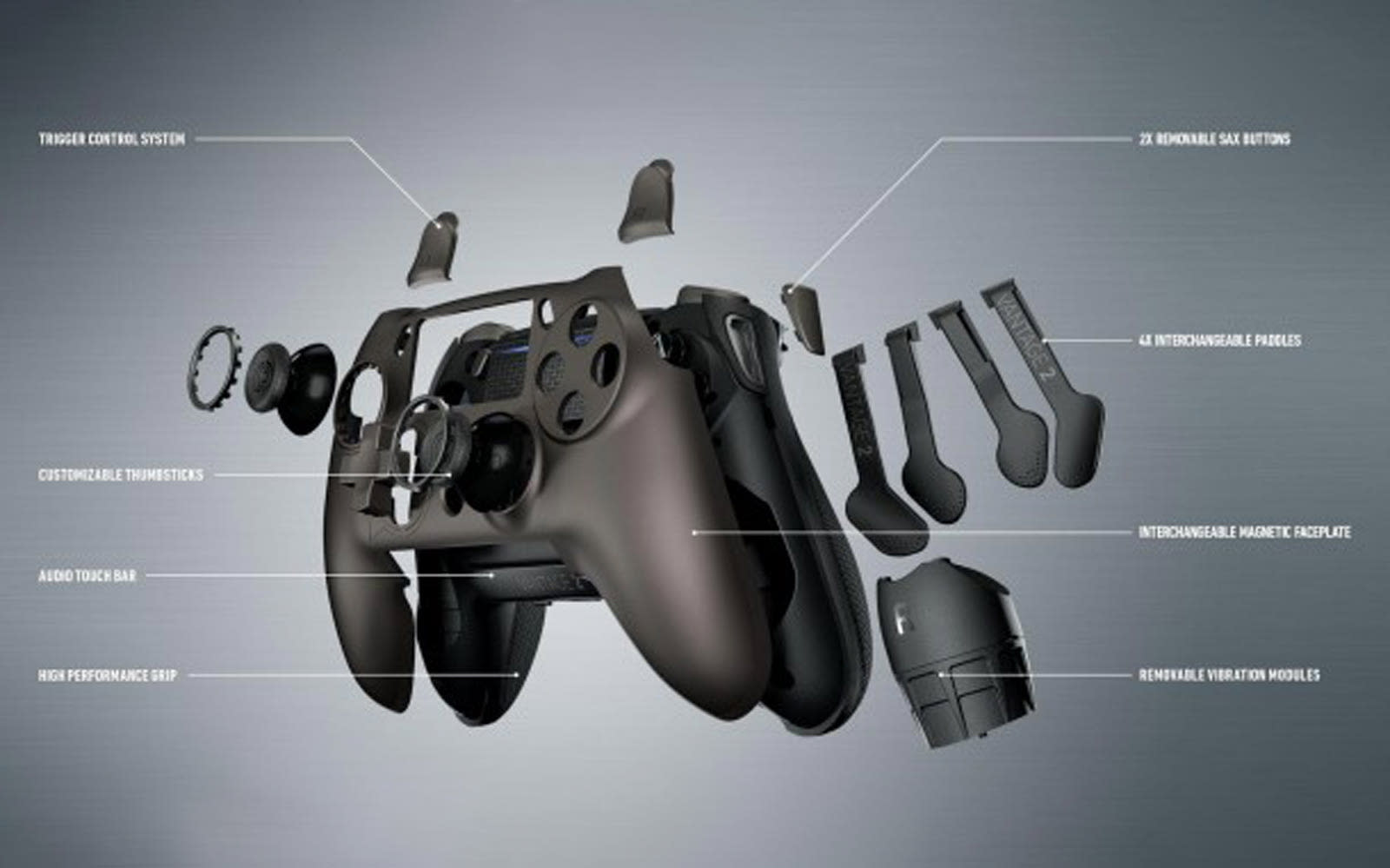 If you've been holding out on buying a high-end gamepad for your PlayStation 4, controller manufacturer Scuf Gaming has announced a new take on its popular Vantage controller. Like its predecessor, the Vantage 2 is all about customization and giving gamers additional inputs.

Every Vantage 2 ships with multiple parts for each component of the controller. So say you don't like the height of the thumbsticks, that's something the Vantage 2 allows you to change. And while one of the main reasons to buy a Scuf controller is for all the additional inputs, you can remove those if they're not to your liking. You can even remove the vibration modules inside of the controller to make it lighter.

In terms of enhancements over the original Vantage, Scuf says the Vantage 2 features a new "high-performance" grip that is supposed to make the controller less slippery and more comfortable to hold over an extended play session. Each button also features improved tactile feedback. In fact, most of the Vantage 2's inputs feature new materials to improve fit and finish. For Windows users, there's a new app that will allow you to tweak how all the Vantage 2's different inputs function when playing PC games. The Vantage 2 also comes with new firmware that is supposed to improve performance.

If you're a Call of Duty fan, Scuf plans to release a special Modern Warfare variant alongside wired and wireless Vantage 2 models. The limited-edition model features several visual tweaks, including a custom faceplate that features the outline of a blue tactical map. It also comes with a special item you'll be able to use in-game.

The Vantage 2 lineup will ship in October, and you can pre-order all three controllers starting today. The wired-only model will cost $169.95, while the wireless model is priced at $199.95. The limited-edition Modern Warfare model, meanwhile, will set you back $219.95.

In this article: gadgetry, gadgets, gaming, gear, pc, personal computing, personalcomputing, playstation, playstation 4, ps4, scuf, Scuf Vantage 2, sony
All products recommended by Engadget are selected by our editorial team, independent of our parent company. Some of our stories include affiliate links. If you buy something through one of these links, we may earn an affiliate commission.