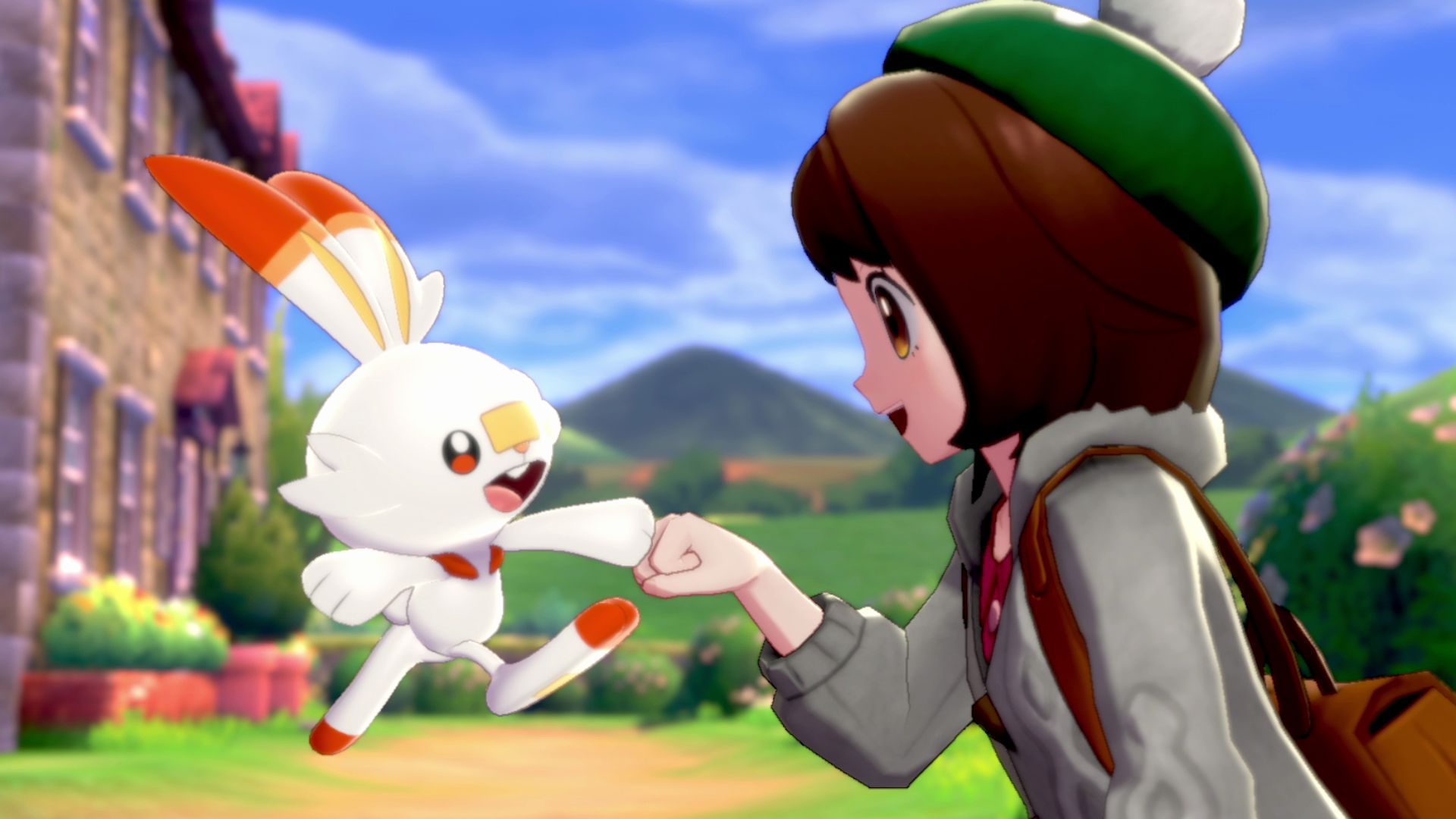 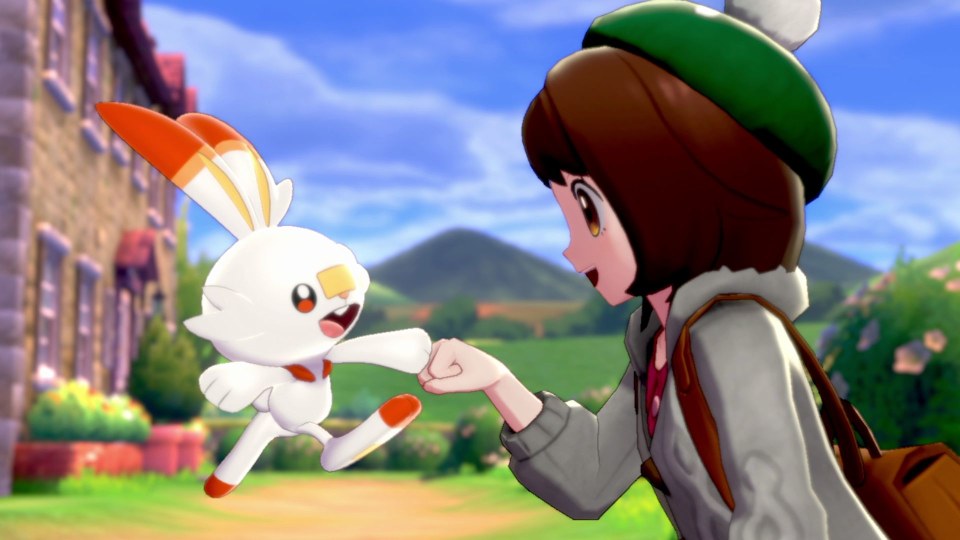 Pokémon Sword and Shield, the series' first proper outing on the Switch, is shaking up a tried-and-tested formula. There's the dynamic weather system, which affects which Pokémon can spawn; the free camera, which will completely change the feel of exploration; the new "verticality" to Pokémon hunting; the co-operative Raid battles; the fresh setting, inspired by Great Britain; and a Rotom smartphone that replaces the Pokédex. There's a lot, but very little of it is on show at this year's E3.

The demo I played through this afternoon was limited to a section of a water gym. It contained a simple switch-based puzzle, where I turned off and on water jets in order to proceed to the gym leader. One interesting thing was the game's use of a more horizontal camera to lay out the puzzle clearly, but honestly it's the type of challenge that'd be at home in any of the series' many games. It was all very familiar, albeit with a heightened level of graphical flair that the transition away from the 3DS allows for.

That's not to say there was nothing new. The demo was my first opportunity to get acquainted with Sword and Shield's new starters, Grookey (Grass), Scorbunny (Fire) and Sobble (Water). They're all pretty cool-looking -- I'll be using Scorbunny, mostly because I've picked fire every time since Charmander. Fingers crossed it doesn't turn into a gross fire-crotched abomination like Litten did.

As you'd expect from a gym, there were plenty of grunts hanging around waiting to challenge me. One neat hold-over from recent Pokémon games, which if you haven't been following you might not know about, is the "focus" indicator that pops up when you're about to walk into another trainer's line of sight. It's a great quality-of-life addition that I'm happy to see return here.

Once I did walk in front of a trainer though, I discovered that battles themselves are beautiful. The extra power of the Switch is used to amp up the graphical effects, yes, but it's actually the frame rate that stuck out the most. The 3DS, which has played home to the series since X and Y, isn't really capable of what developer GameFreak has been asking it to do, especially in Sun and Moon, and battles often have slowdown at the merest hint of a special attack. The extra real estate also seems like it's going to have a positive impact on the menus, if the revamped battle options are anything to go by.

It was very easy to navigate around the starters' move sets -- or at least, the four moves Nintendo had selected for the level-50 representations of their first form. There are no major surprises here, but one interesting trait all three share is an attack that changes the target Pokémon to the attacker's type. These sort of moves aren't unheard of in the series, but I've never really incorporated them into my team before because I'm picky with which Pokémon get a spot. The fact that they're going to be available to the starters is going to make their use much more common. Twenty minutes against some fairly easy-going opponents isn't really enough to dig into the strategic implications, but I'm excited to explore that in November.

And then there's Yamper, the clear star of the show. Yamper is many things. It's an electric-type Pokémon, it's a corgi... Okay, it's two things, but those things are more than enough. It feels like there's always a hopelessly adorable Pokémon (see: Emolga, Togedemaru) I need to carry in my team for aesthetics' sake, and I'm pretty certain Yamper is Sword and Shield's. Oh, there was also "Impidimp," who I encountered in a trainer battle. Like Yamper, not much is known about the unannounced Pokémon. I can say it was a Dark/Fairy type that's bright pink and purple and, unsurprisingly, looks like an imp.

As I made my way past the gym's puzzle, I found myself in a tunnel. Not the sort of tunnel you'd use to navigate around a sleeping Snorlax, but the kind you'd see soccer players walking down as they head out to the pitch. Befitting its Britain-inspired location, Sword and Shield's gym battles take place in giant stadia, with thousands of onlookers. It made for a pretty spectacular set piece, and provided ample space for Sword and Shield's party trick: Dynamaxing.

Dynamaxing is a more splashy take on a feature that's been around for a while: Mega Evolution. Essentially, in certain battles, you press a button, your Pokémon gets jacked up and temporarily evolves again into a "mega" form of its fully-evolved state. In this state, moves are stronger, allowing you to finish off a tricky opponent. Where Dynamaxing differs is that your darling little Pokémon, instead of evolving, turns into a 50-feet-tall version of itself, and it stays that big for three turns.

I knew, in my time-limited demo, I would have to flip the switch at some point. What better time than against Nessa, the water gym's new leader? After knocking her first Pokémon down to its last few hit points, it was time. There was only one Pokémon in my party that I wanted: Yamper.

I've played some great games at E3s past. The past few years have given me The Last Guardian, Super Smash Bros. Ultimate, Civilization VI, and loads more. I don't know if I've ever experienced the level of joy I felt seeing Yamper grow a couple of stories tall. A swift electric attack later and Goldeen was in pieces. Out came her second monster: Drednaw, a Water/Rock type Pokémon that's new for these games. It was pretty clear that a grass type was in order, but I wasn't ready to say goodbye to my new building-sized puppy. Why would I?

Well, one attack later and Yamper had fainted. Heartbroken, I took my revenge on Drednaw and won my first gym badge, and the demo ended. Clearly there's more to Dynamaxing than choosing your favorite Pokémon and making it huge. And a lot more to Sword and Shield than Nintendo let me try out today. But what I have played has left me very excited for November 15th.

In this article: art, av, e32019, gaming, nintendo, pokemon, Pokemon Sword and Shield
All products recommended by Engadget are selected by our editorial team, independent of our parent company. Some of our stories include affiliate links. If you buy something through one of these links, we may earn an affiliate commission.