The best smartphones, tablets and smartwatches to give as gifts

Plus some accessories for the person who mostly has everything.
Engadget|11.11.19
@engadget

A smartphone makes for one really nice but expensive holiday gift. If you're shopping for someone who deserves it (or just really needs to upgrade from a phone from way-back-whenever), we've got recommendations across iOS and Android, as well as other devices and tech that people might need on the go. Don't worry: Not everything is a new phone.

This year's picks include Apple's iPhone 11, its cheapest flagship in years, and Google's Pixel 3a, whose sub-$400 price belies its amazing camera. We've also included our favorite portable battery pack from Anker and Amazon's latest Kindle Paperwhite, and the Brydge Pro remains one of the best keyboards for transforming your iPad Pro into something resembling a laptop replacement. 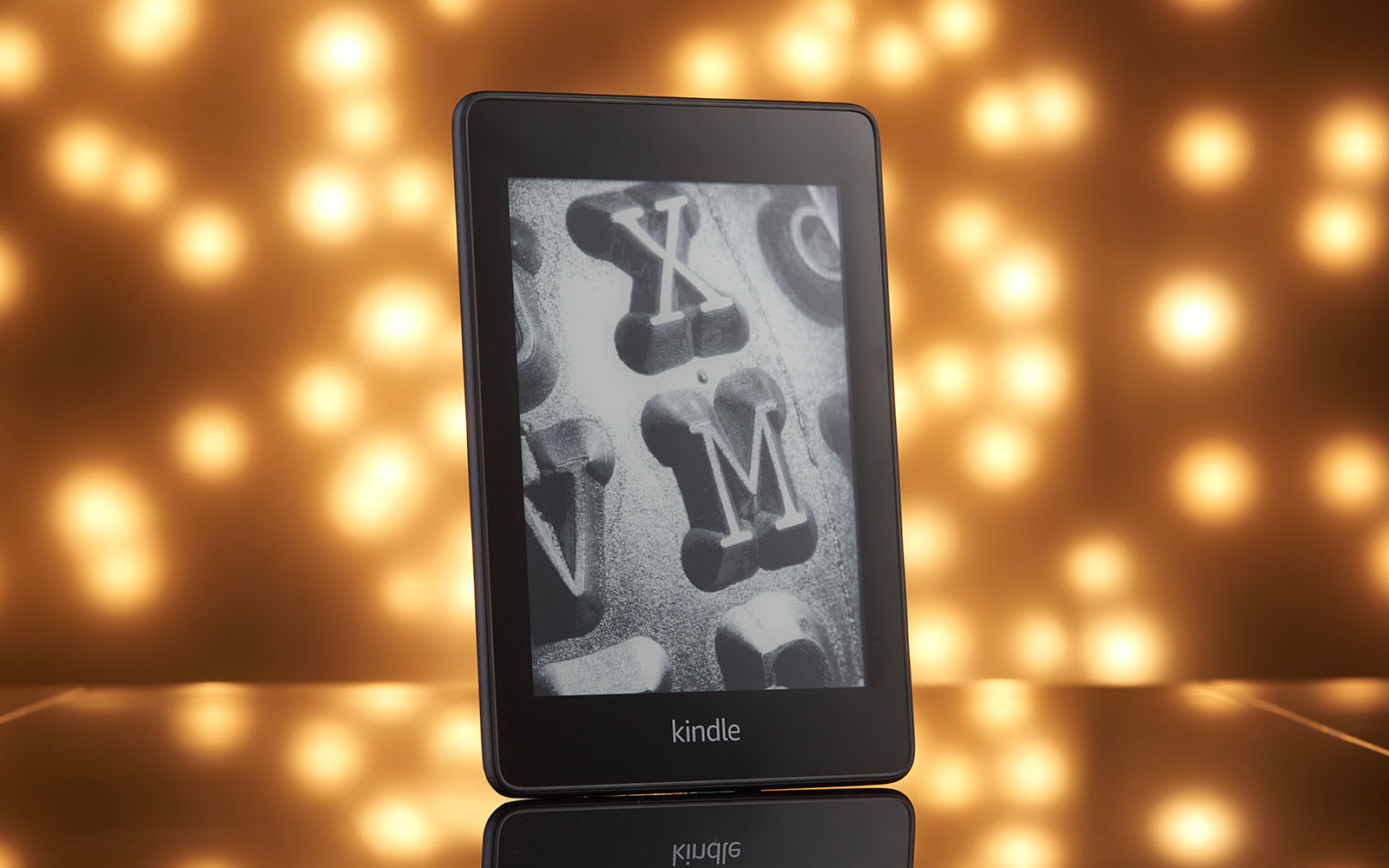 Yes, people do a lot of reading on their smartphones, but there's something nice about a purpose-built piece of hardware that does one thing well. The Kindle Paperwhite is a great example: Assuming the avid reader in your life doesn't have consumerist qualms about buying books through Amazon, they'll enjoy the Paperwhite's super crisp e-paper display and a staggering catalog of digital books to pore through. The battery will last for weeks at a time, and unlike the low-end (but still very good) Kindle, the Paperwhite has a fully waterproof body. In other words, it's just as at home on the beach or by the pool as it is on the couch. Throw in support for Audible's vast library of audiobooks and you're looking at the perfect companion for the bookworm in your life. -- Chris Velazco, Senior Mobile Editor 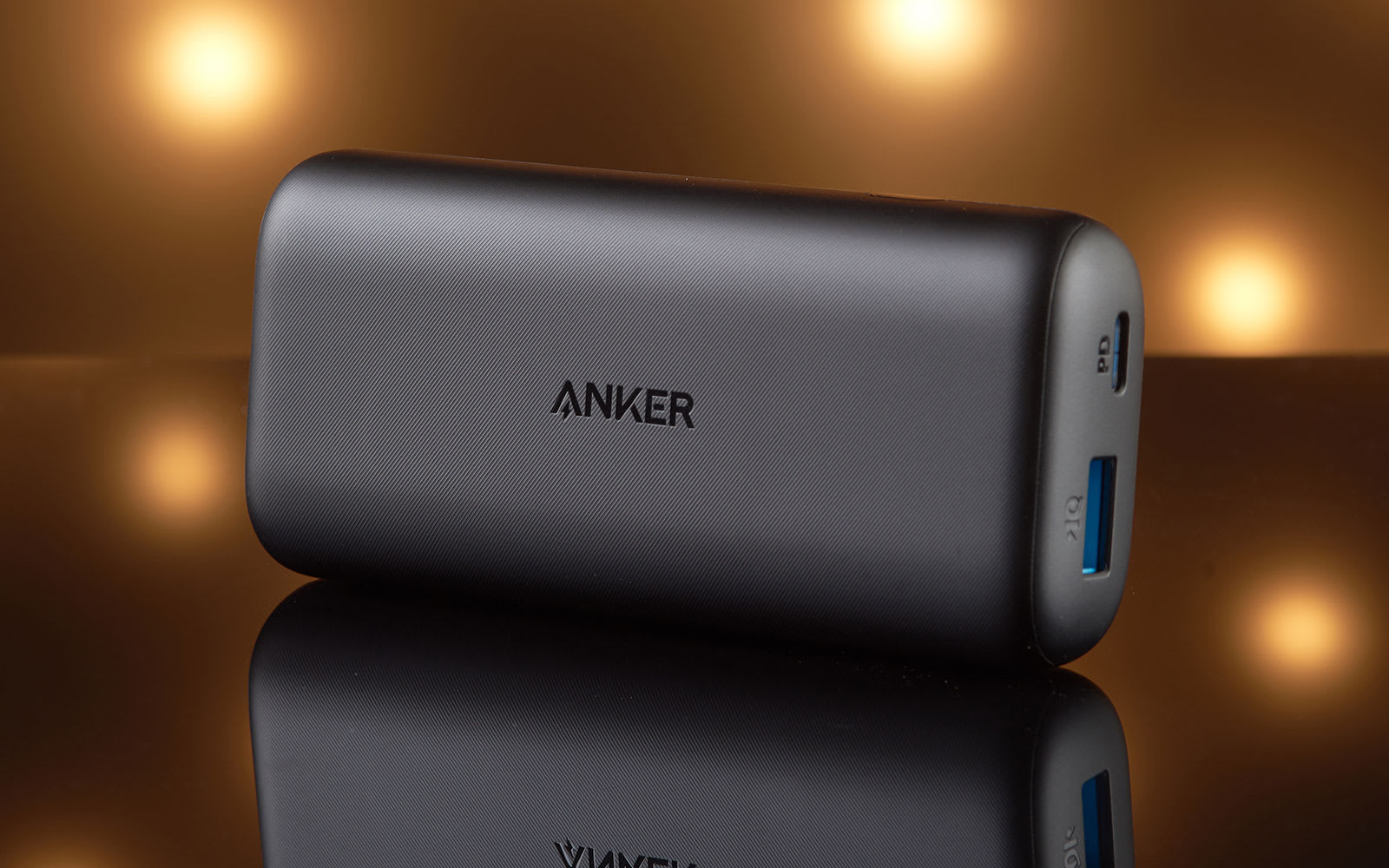 Nearly everyone has felt a twinge of battery anxiety before, and the best way to counter it is to carry a discreet portable power bank everywhere. We're big fans of Anker's PowerCore 10000, not only because of its modest price but also because it'll charge just about any of your smartphones at least twice over (and usually closer to three times). There are more-sophisticated models out there with more ports and flashier designs, but this is a simple, functional pick that'll fit into just about everyone's life. -- C.V. 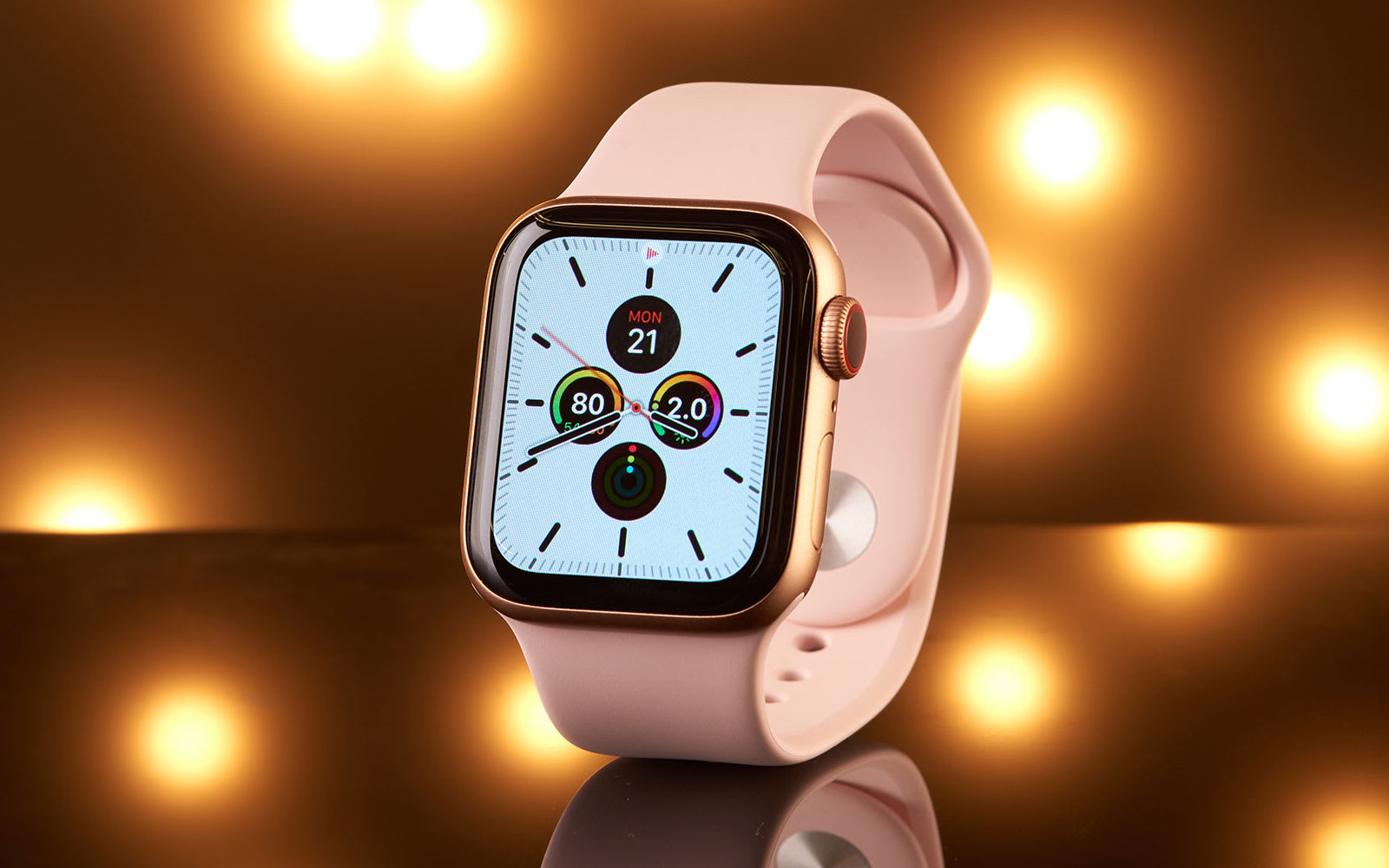 Apple's fifth-generation Watch adds an always-on screen that makes it more like a traditional watch. There's also a compass built into the new model, making it a more intriguing wearable for outdoorsy types. Then there's all the health-monitoring features, including fall detection, heart rate tracking and even an ECG for folks with possible cardiac issues. If you're looking for fitness smarts, the Series 5 will automatically offer to log runs, walks and other workouts when it detects sustained movement. It's not cheap, but it is the best all-around smartwatch, with the most evolved selection of apps and features. It's also easy to customize for the lucky giftee, thanks to an ever-expanding array of bands and straps. -- Mat Smith, UK Bureau Chief 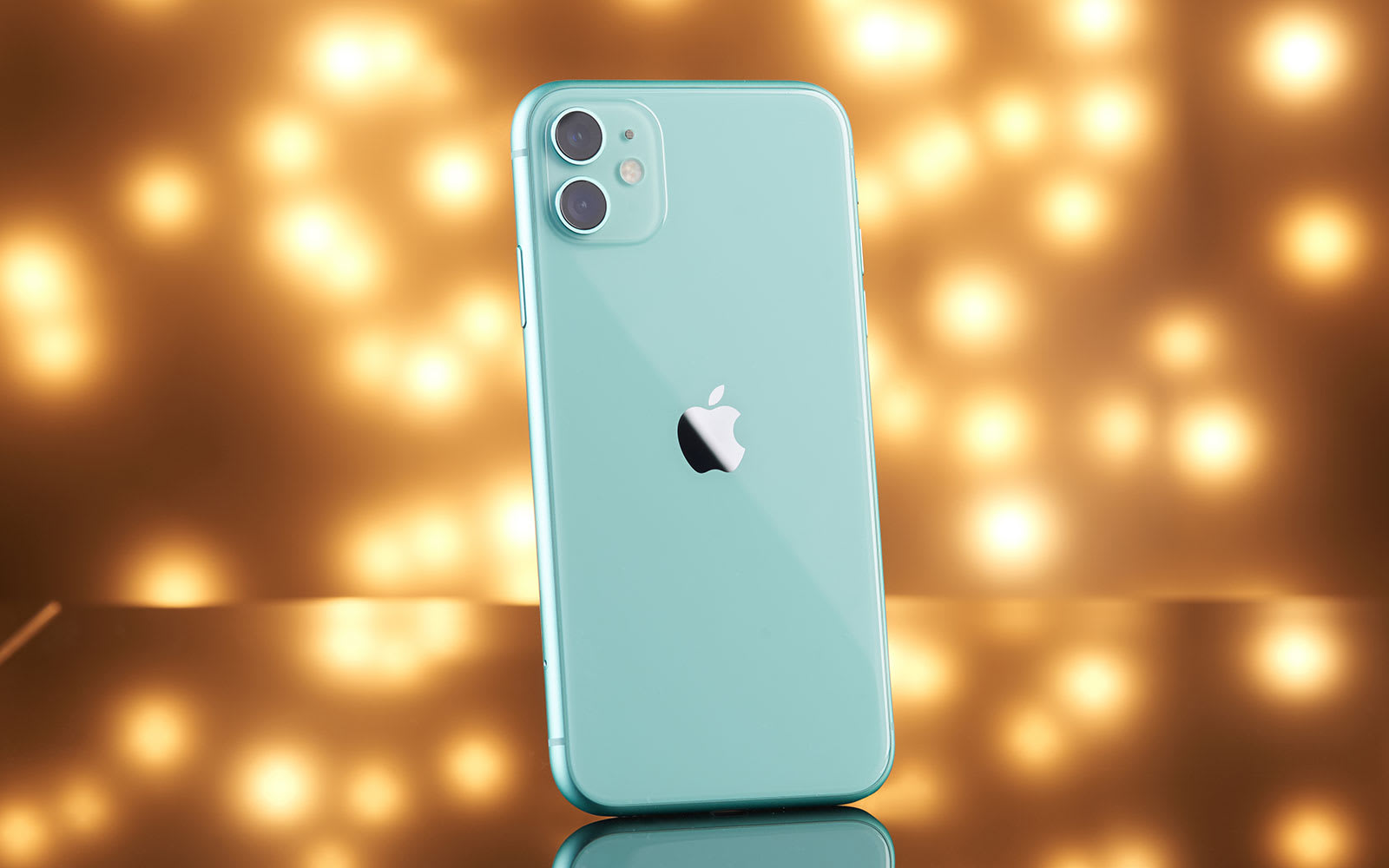 The iPhone 11 is one of our favorite smartphones of the year, for the same reasons we loved last year's iPhone XR: It delivers premium features and great performance on a budget. (Well, to the extent Apple devices can be inexpensive, anyway.) The 11 got off to a rocky start with iOS 13, but most of those annoying issues have been taken care of. More importantly, it's just as fast as either of its more expensive siblings, the iPhone 11 Pro and Pro Max.

What's more, it has some of the best battery life we've ever seen out of an iPhone. You can't say that about the Pixel 4 XL. Apple also upped its camera game considerably this year, and even though the 11 only has two rear cameras compared to the 11 Pros' three, this more basic iPhone still takes effortlessly beautiful photos and videos. If you're shopping for someone who needs a reliable smartphone that will feel modern for years to come, the iPhone 11 is definitely worth your attention. -- C.V. 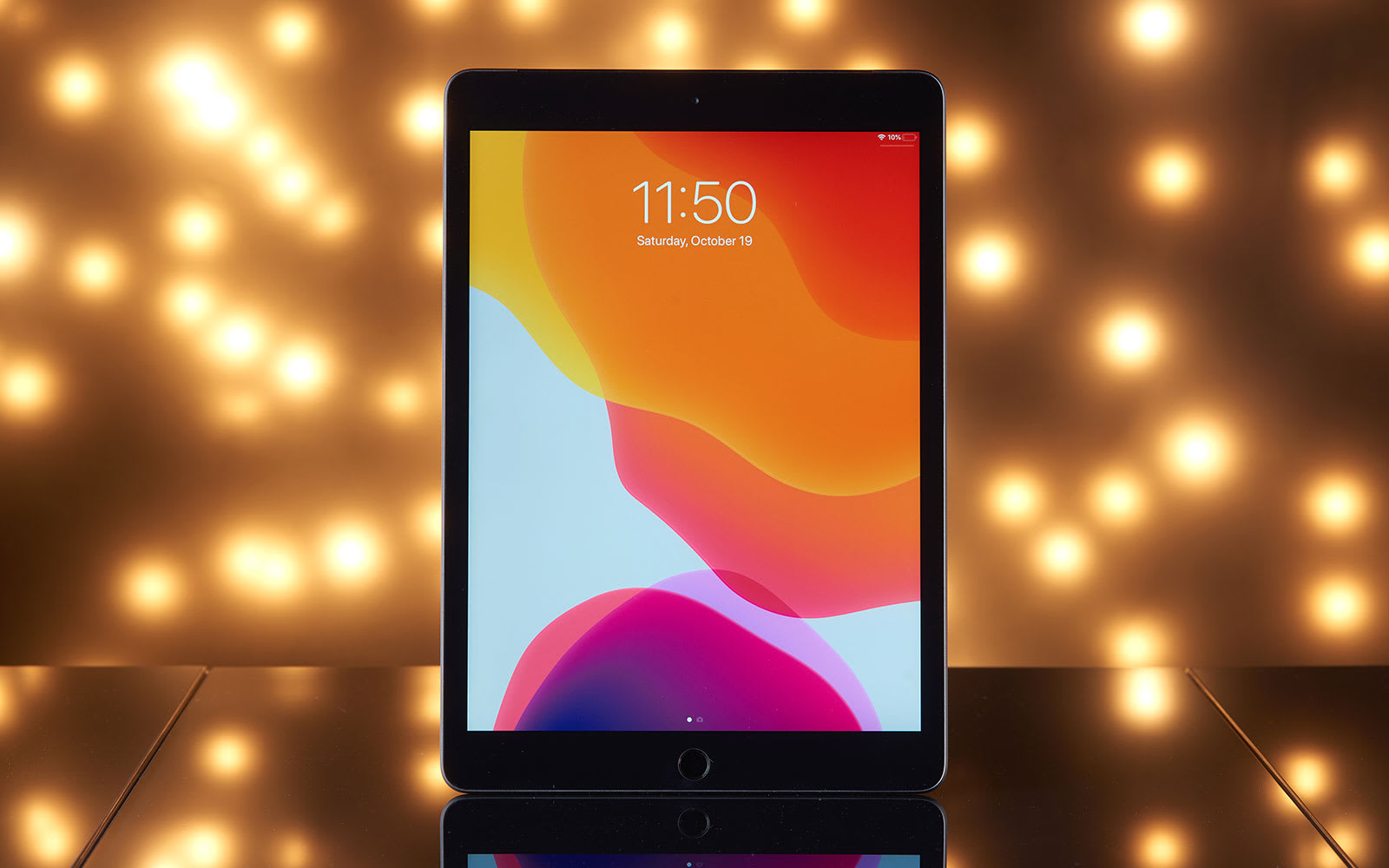 Apple's entry-level tablet has long made great gift options, but it's even easier to recommend this year. The 2019 edition packs a slightly bigger screen for the same price, and they finally play nice with magnetic accessories like the Apple Smart Keyboard. As always, this iPad will easily run for up to 10 hours on a single charge -- that usually works out to about a few days of use. It's a great option for kids and people still trudging along with aging tablets -- in other words, people who mostly need the basics. If you're thinking of buying an iPad for someone with more-demanding needs, you may want to step up to the latest iPad Air. It features a slightly nicer screen and a modern chipset for better multitasking and gaming, plus more storage on the base model. -- C.V. 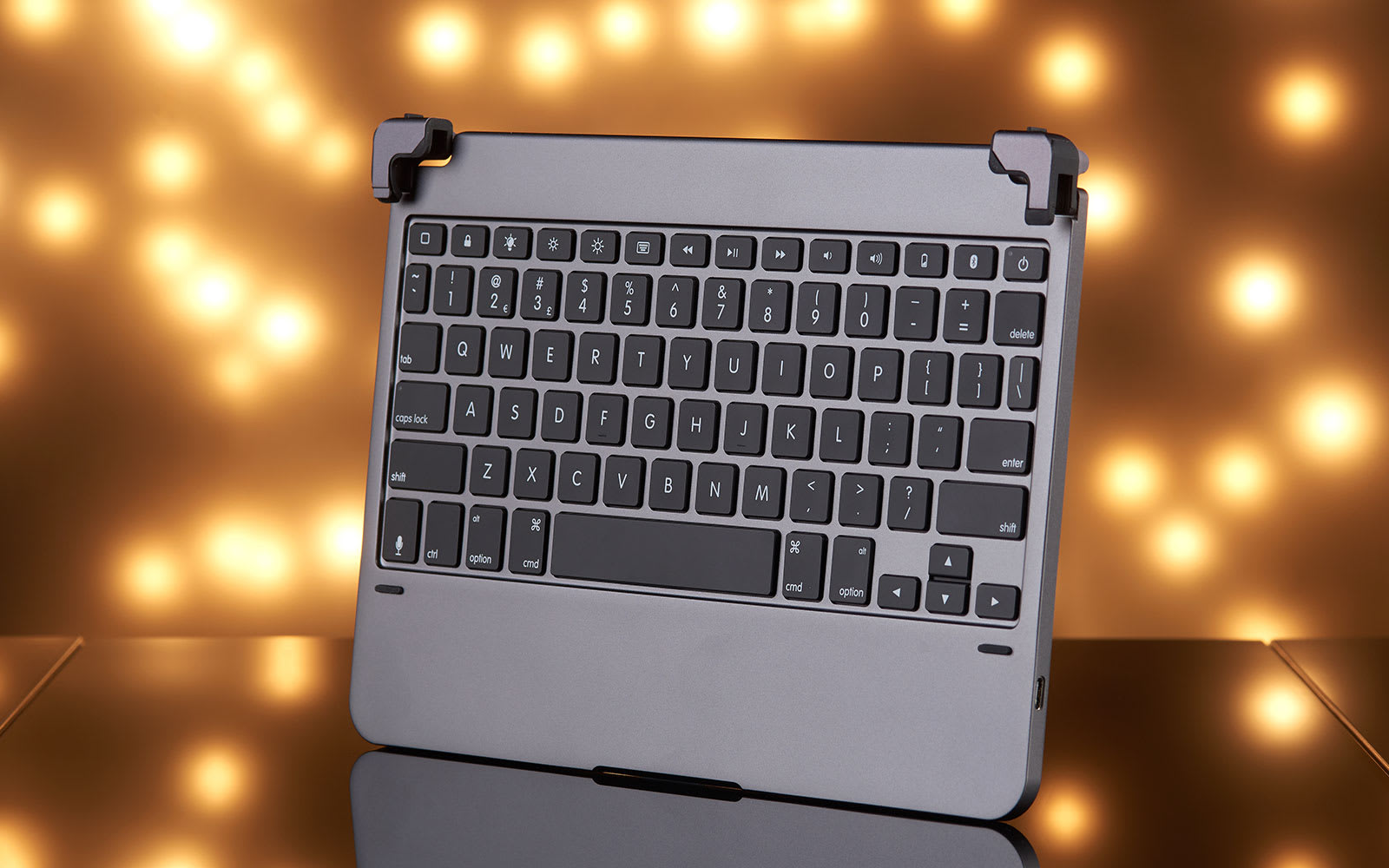 If you're shopping for someone who already owns an iPad Pro, it's possible they still need a keyboard. Personally, if I had already spent $799 and change on one of these tablets, I'd love to unwrap the sort of keyboard accessory that allows me to actually use the iPad as a laptop replacement (or at least attempt to). Just remember to avoid the obvious move and skip Apple's first-party keyboard. You can only prop it in two positions, the keys aren't backlit and the cloth-covered buttons don't make for the most comfortable typing experience.

Engadget's reviews team is much more interested in this keyboard from Brydge, available for both the 11- and 12.9-inch iPad Pro. It addresses each of the Apple keyboard's shortcomings, with 180-degree adjustability, three levels of backlighting and a keyboard design that resembles the MacBook's own buttons. (Yes, I realize that could be a good and a bad thing.) Other amenities include dedicated iOS keys and a sleek, machined-aluminum enclosure meant to match the iPad Pro. It also comes with a folio cover to protect the back side of the tablet from scratches. The keyboard is available in two hues, Space Gray and black, which means before you pull the trigger you might want to confirm what color model your giftee owns. -- Dana Wollman, Editor-in-Chief 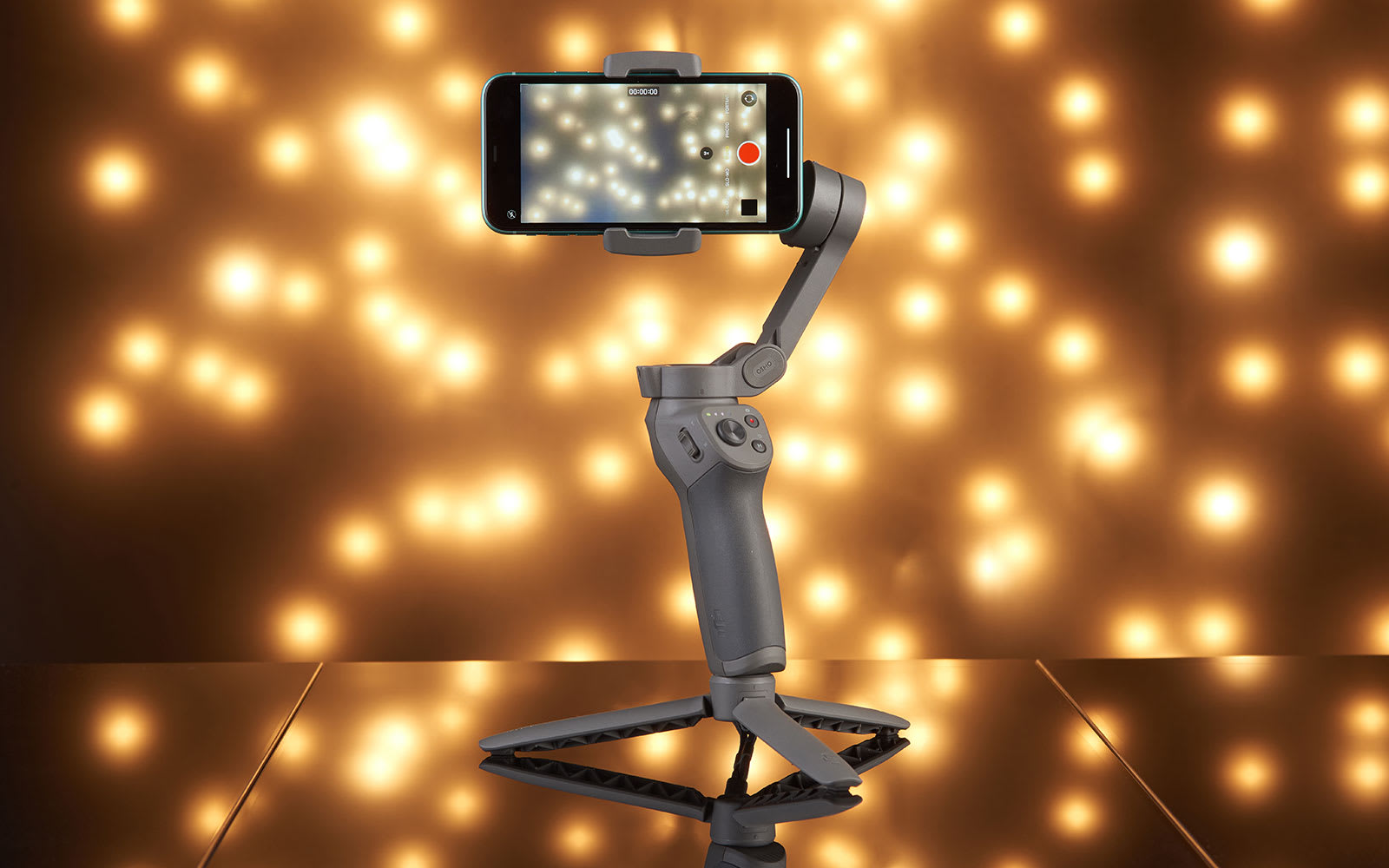 It doesn't take much to become a filmmaker or an influencer these days -- just a smartphone, some good ideas and a decent gimbal. DJI is well known for its fantastic mobile gimbals, and the Osmo Mobile 3 is no exception. It features all the same controls and shooting modes that made its predecessors so popular, and it helps smartphones shoot some of the smoothest footage you'll see even when the going gets particularly rough. Best of all, this new Osmo folds up for easier storage and transport, so your would-be cinematographer has fewer reasons to leave it behind before a day's shoot. -- Chris Velazco, Senior Mobile Editor 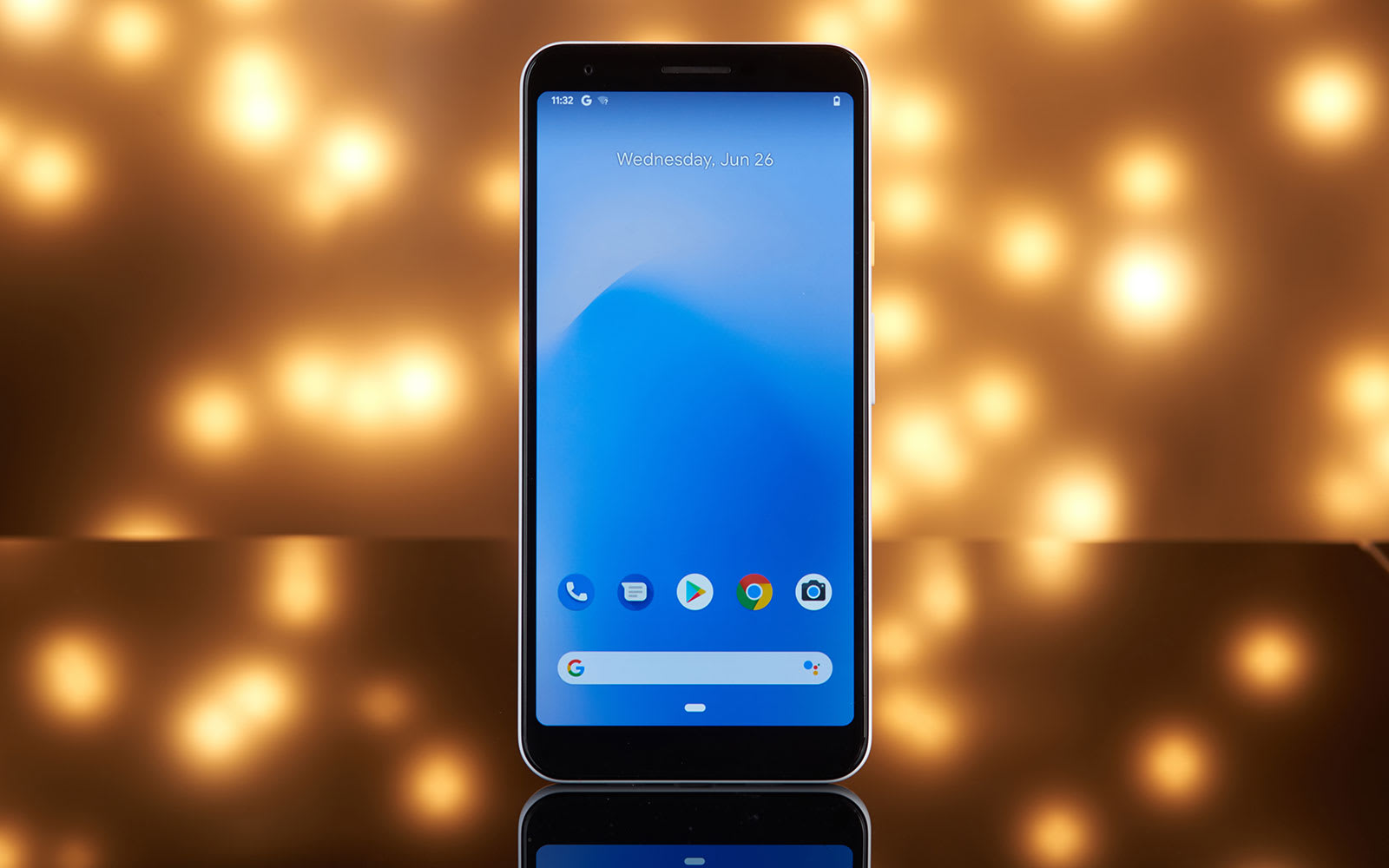 There are newer Pixels available, but you don't need to spend that kind of money to get a first-class experience. When it went on sale earlier this year, the $399 Pixel 3a quickly became one of the best budget-friendly Android phones money can buy. Google delivers on its promises of clean software, frequent updates and incredible camera performance, but the 3a also offers some of the best battery life we've ever seen from the Pixel line. (It also gets bonus points for having a classic headphone jack.) And while it might not run quite as quickly as a Pixel 4 or 4 XL, there's still enough power here to keep Android 10 -- not to mention some graphically demanding games -- working well. If someone in your life needs a smartphone that does a great job of tending to the basics, you won't do much better than this. -- C.V. 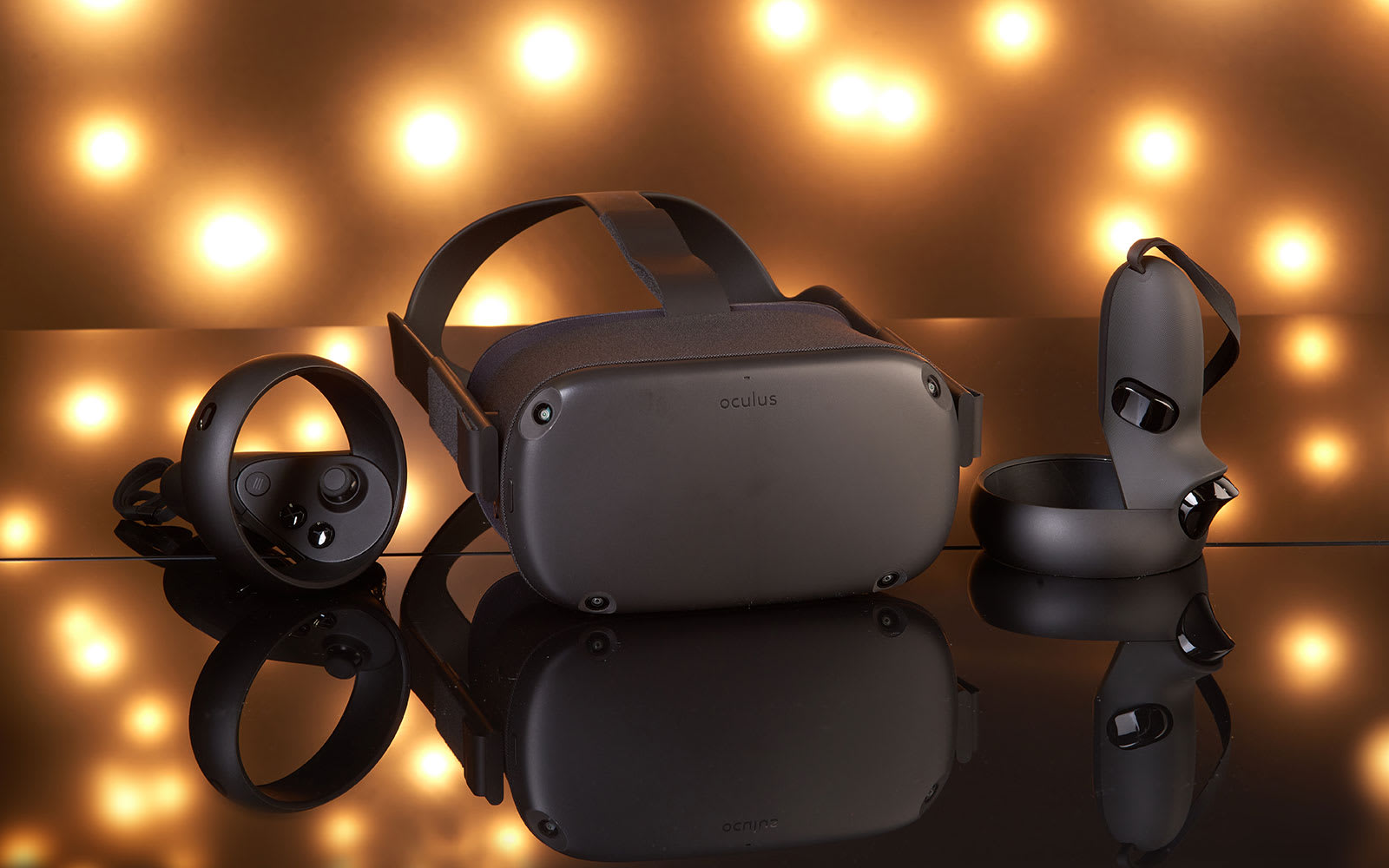 It wasn't that long ago that to play some of the most popular VR titles out there, you had to splurge on a system that connected directly to your PC. The Oculus Quest is proof that those days are just about over: Its self-contained design means it's a great choice for that special someone who needs an easy escape. It can't do everything that more-traditional VR setups can, but beloved games like Superhot, Thumper and Beat Saber run well and look great on the Quest's dual-OLED screens. (Don't worry, it fits nicely over glasses too.) And since the Quest can share its video with nearby Chromecast-connected TVs, those solo experiences don't have to stay solo for long. All told, the Quest is a fantastic bit of hardware for newcomers and early adopters craving a little more flexibility. -- C.V. 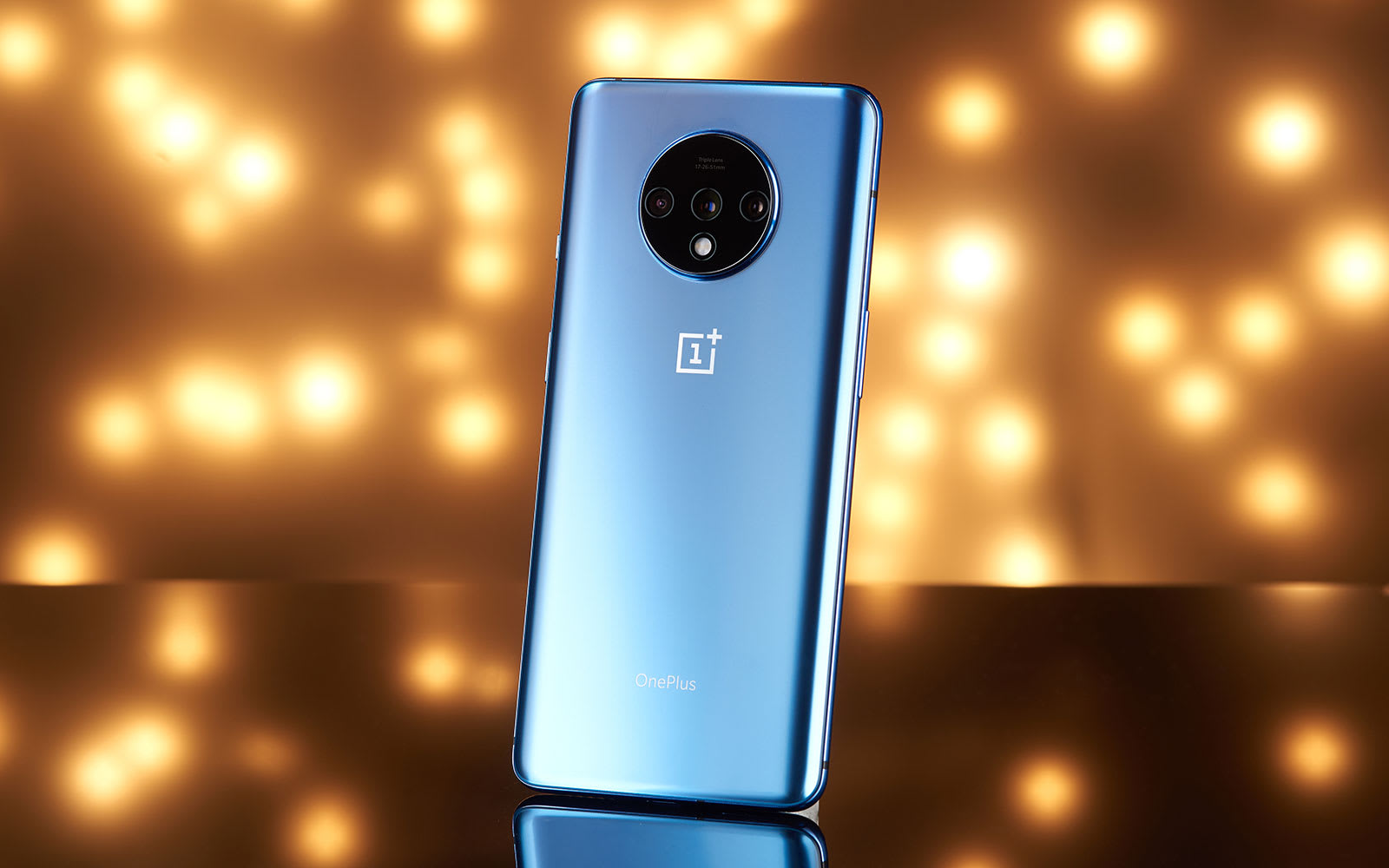 The prices of flagship smartphones are getting ridiculously high, and you might know someone who's craving an upgrade but can't afford to buy themselves a new device. You don't need to spend $1,000 to get them one either. The $599 OnePlus 7T offers high-end specs for hundreds of dollars less than iPhones and Pixels with similar features. It has a bright, 6.55-inch screen that supports HDR and runs at a faster-than-average 90Hz, which makes for smoother videos when supported. It also has a capable triple-camera system that takes pretty good pictures that your friend will be happy to share on their Instagram.

For the money, the OnePlus 7T even packs more-powerful processors than the Galaxy S10 and the Pixel 4 and matches its sleek, minimalist design with clean software. It lacks Pixel-only features like call screening and the Duplex AI-based restaurant-reservation service, but it's the best Android phone around for under $600. -- Cherlynn Low, Reviews Editor 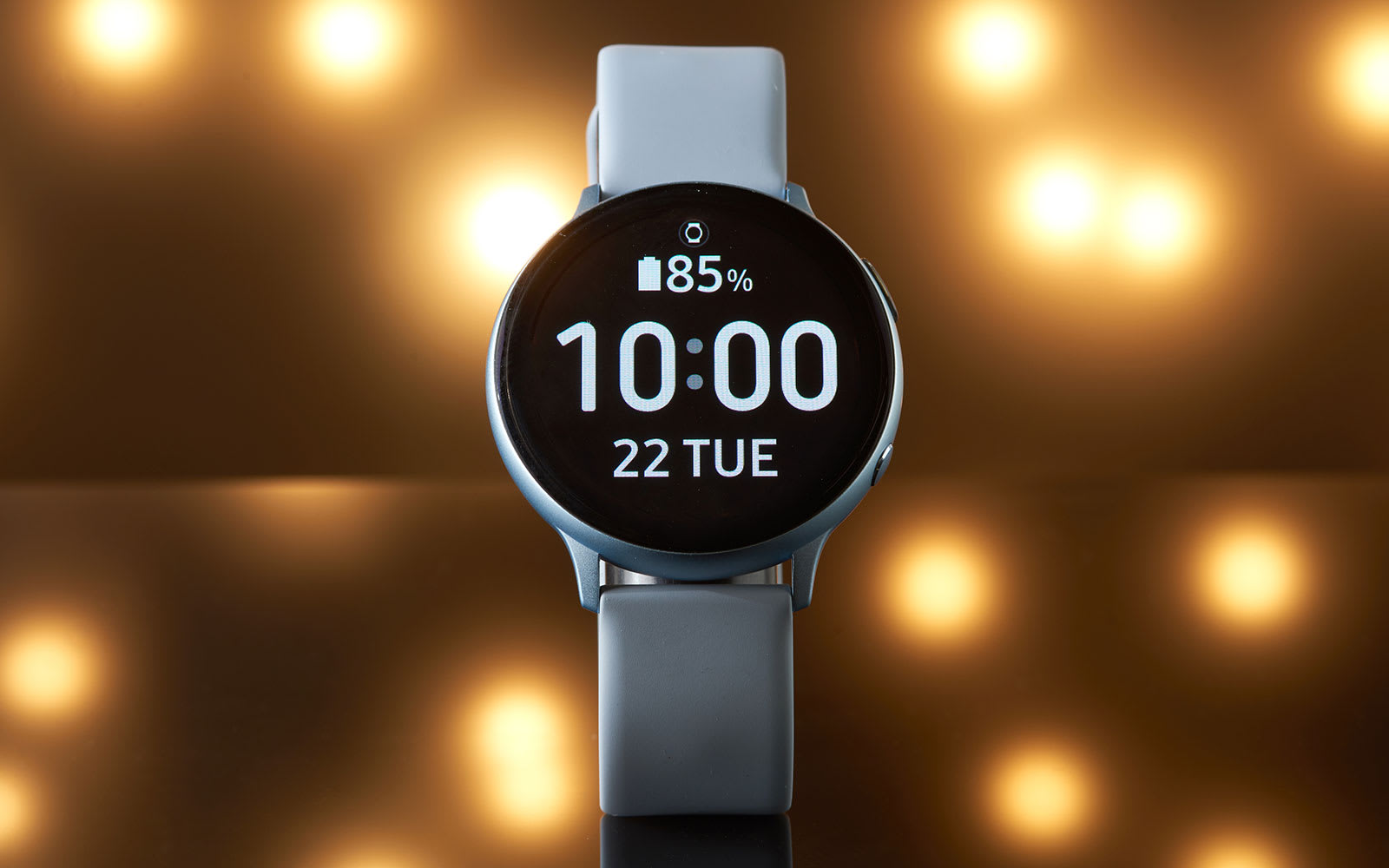 Sometimes your loved ones aren't great at taking care of themselves, however hard they try. Instead of nagging them to stay active and get more sleep, why not let the Galaxy Watch Active 2 help keep them on track? The smartwatch pairs with Android phones and reminds wearers to get up and move if they've been idle for longer than an hour. It also automatically detects when the user has been active for more than 15 minutes and sends encouraging messages. If your giftee is more conscientious about working out, the Active 2 is also great at keeping tabs on their performance across a variety of sports, including swimming.

The Active 2 features a touch-sensitive bezel that makes it slightly easier to interact with Samsung's wearable OS, which features thousands of apps so your giftee can find ways to make the watch more useful for them. Make sure you find the right size and color too: The 40mm model sits nicely on most wrists, though the 44mm version is better suited for those with bigger bones or who want to more easily read words on the screen. -- C.L. 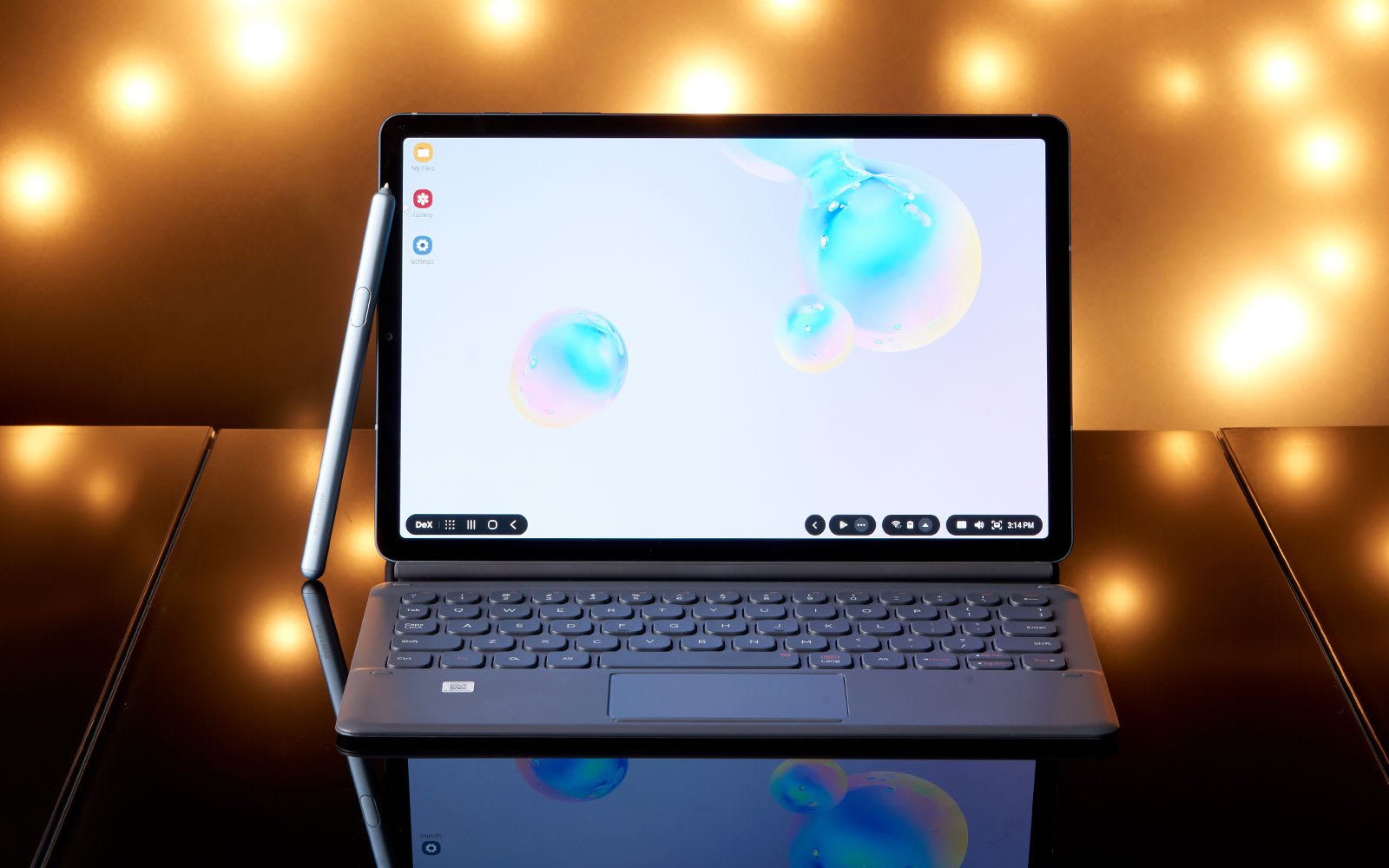 Premium Android tablets are so dead that even Google's given up making them. But they're still useful, especially for the aspiring artist or digital designer on your list. They'll particularly appreciate the Galaxy Tab S6 for its included S Pen stylus, which not only makes it a joy to sketch or scribble on a digital canvas but also turns into a remote control for things like the camera, browsers or media players.

The 10.5-inch tablet also offers a beautiful screen on which to watch Netflix or YouTube videos. Thanks to its super slim and light design as well as its long-lasting battery, it's a no-brainer for your friend to pack it in their carry-on for long flights. If you're feeling particularly generous, you can even throw in the companion keyboard cover for $180 so your giftee can more easily type out some emails and documents on the go. It's not great for serious productivity though, so you might be able to find a better option elsewhere. -- C.L.