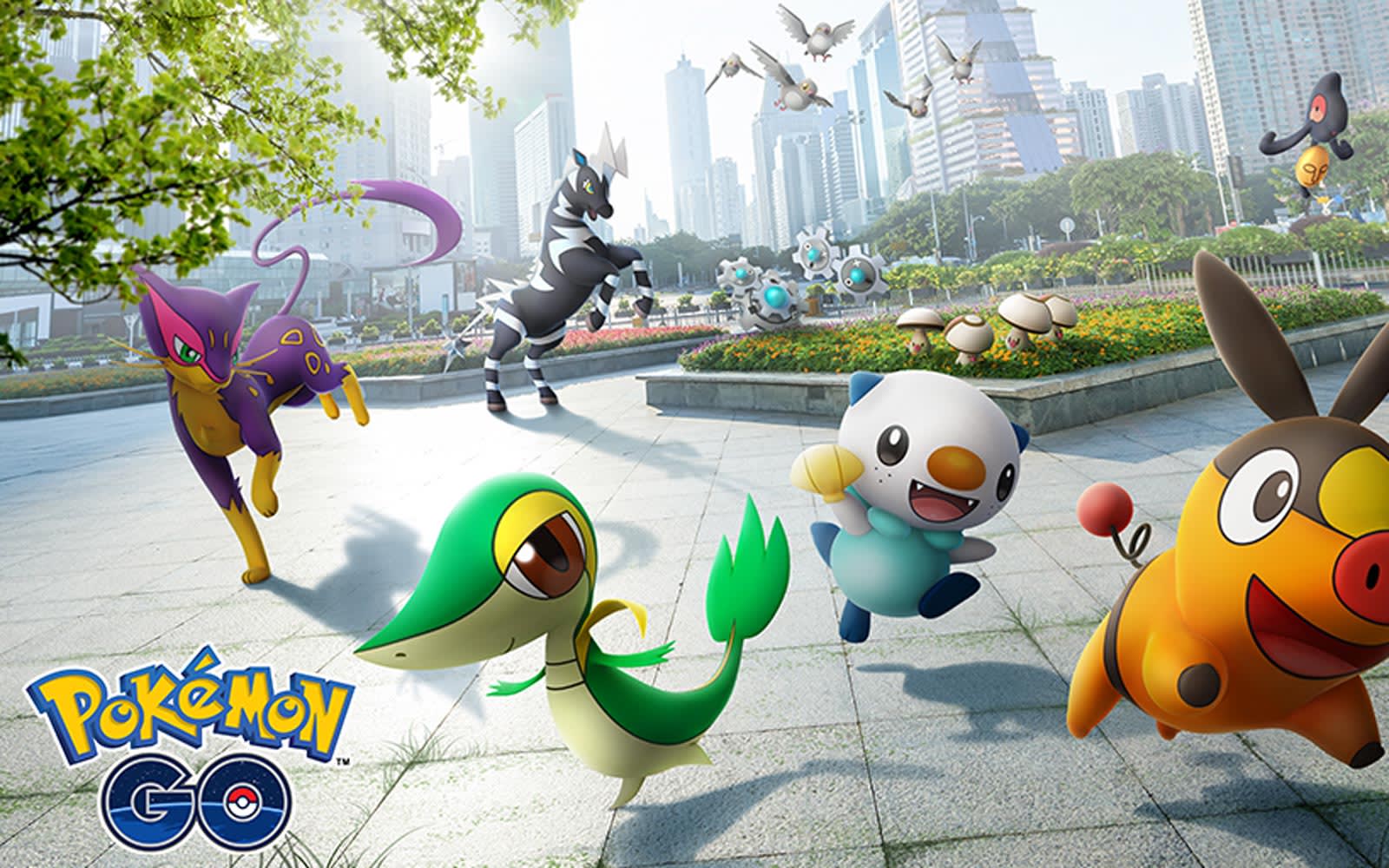 Starting today, September 16th, Pokémon Go players can begin collecting Pokémon from the series' fifth generation of games. As with any of the other Pokémon you could collect previously, you'll be able to catch Gen 5 monsters by finding them out on your daily commute, taking part in the game's co-operative 'Raid' mode and by hatching eggs. Some of the more notable additions included in today's update are Gen 5's three starters, Snivy, Tepig and Oshawott. For the full list of new Pokémon, as well as information on how to obtain them, visit developer Niantic's website.

If you grew up playing Pokémon in the US, Gen 5 is a special one. Pokémon Black and White were the first Pokémon titles to take their inspiration not from Japan but from the United States. The game's Unova region is based on New York State, with Cestelia City its stand-in for Lower Manhattan. Moreover, a lot of the Pokémon that were native to the region took their inspiration from different aspects of the city. Take Watchog, one of the Pokémon joining Go today, for instance. It wears what is essentially an MTA maintenance worker vest. Another, Lillipup, is based on accessory-sized Yorkies. Speaking of the MTA, in Black and White, you could also do battle on the subway system, and it was one of the most fun aspects of the game. With almost a decade since the originals came out, now is a great time to revisit that era with Pokémon Go.

In this article: gaming, mobile, niantic, pokemon, Pokemon Go
All products recommended by Engadget are selected by our editorial team, independent of our parent company. Some of our stories include affiliate links. If you buy something through one of these links, we may earn an affiliate commission.