The choose-your-own-adventure special will start streaming on March 10th.

Carmen Sandiego is going back to its video game roots in an upcoming Netflix special. Entitled Carmen Sandiego: To Steal or Not To Steal, the interactive adventure will put you in charge of determining how the story unfolds. Like in Black Mirror: Bandersnatch, you'll have to choose between the options presented on screen, such as whether to have Carmen infiltrate a building from the top floor (less resistance, but needs high-wire stunts) or from the ground floor (riskier, since she'll have to face more guards). 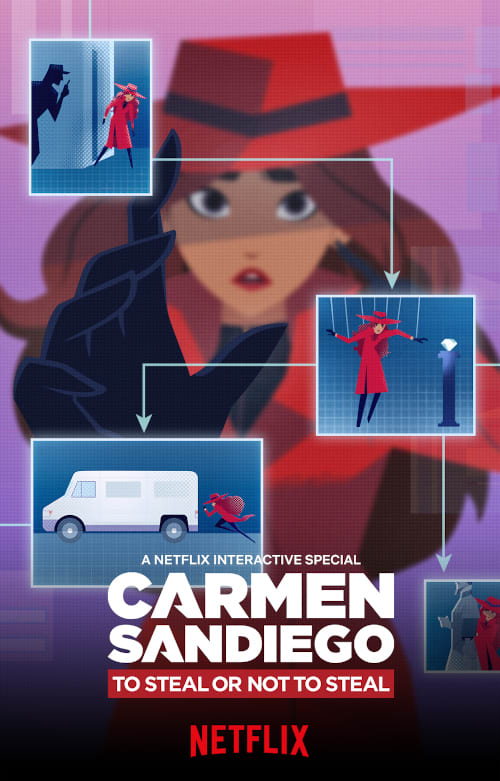 In the episode, Carmen has to steal for the Villains International League of Evil (V.I.L.E.) who captured her crew, Ivy and Zack, and threatened to turn them into becoming its operatives if she doesn't comply. Its Netflix page says the episode runs for 30 minutes, but you can obviously stretch that by replaying and experimenting with the various options.

You can watch Netflix's trailer for the special, which starts streaming on March 10th, below: