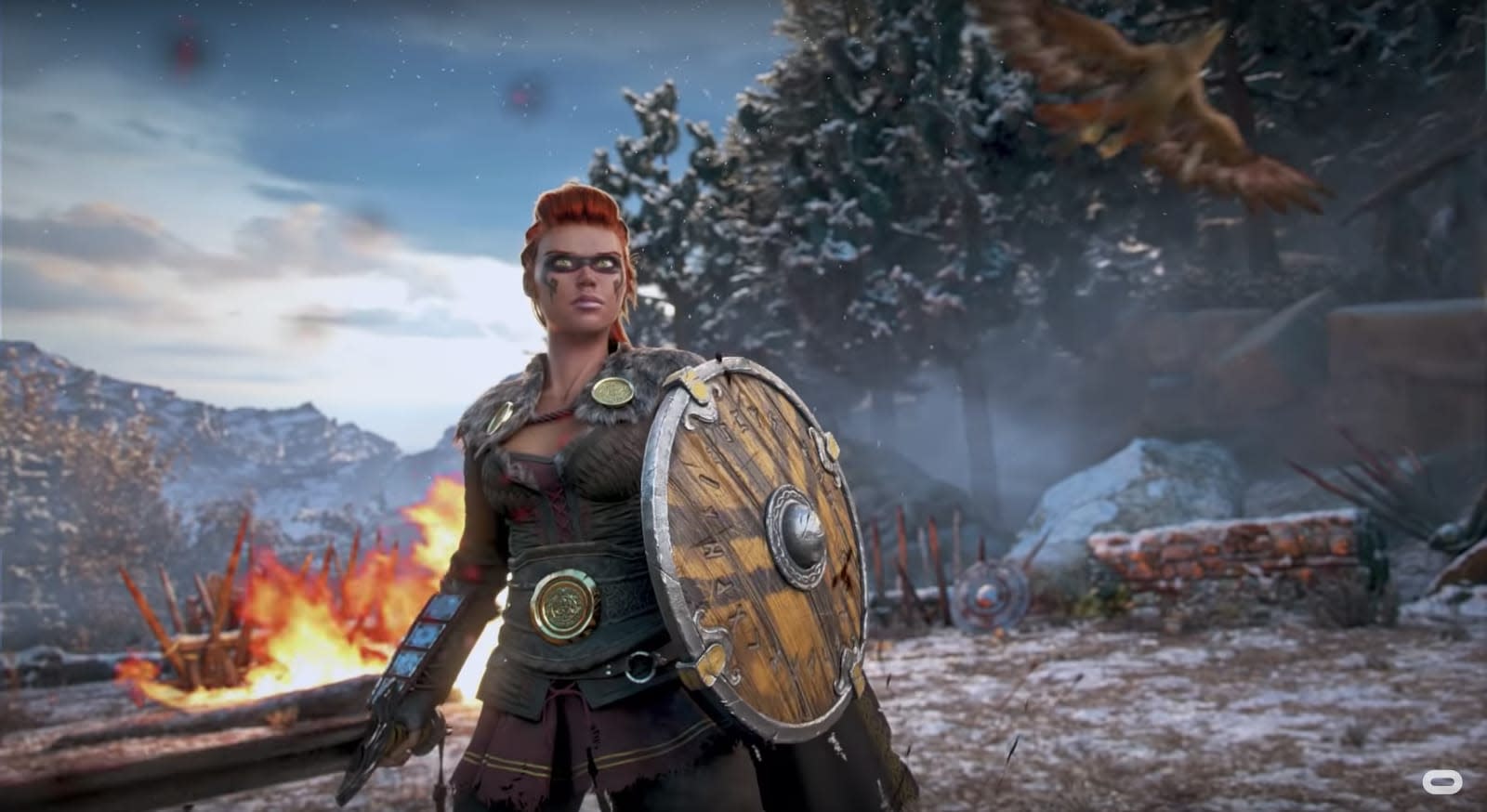 Sanzaru Games, the studio behind the virtual reality action-adventure RPG Asgard's Wrath, now belongs to Facebook. The social network has acquired the Bay Area company just a few months after it also purchased Beat Saber creator Beat Games. Mike Verdu, Facebook's director of AR/VR content, has announced the acquisition in a blog post on Oculus' website. He didn't reveal its terms, but he clarified that Sanzaru will remain an independent studio operating out of its current offices in the US and Canada.

The "vast majority" of Sanzaru's employees will officially be recognized as part of the Oculus Studios team. Some, according to Games Industry, have to leave since their jobs are contingent on certain projects. It's not entirely clear if that means Sanzaru is scrapping some of things it's working on. Verdu also said that the studio isn't ready to talk about future projects yet.

Asgard's Wrath, unlike Beat Saber and other more casual games, is a full-length RPG that demonstrates what virtual reality can do for the genre. We wouldn't be surprised if Sanzaru releases similar lengthier VR games in the future as part of Facebook's efforts to lure console and PC gamers into the Oculus platform.

In this article: business, facebook, gaming, Oculus
All products recommended by Engadget are selected by our editorial team, independent of our parent company. Some of our stories include affiliate links. If you buy something through one of these links, we may earn an affiliate commission.