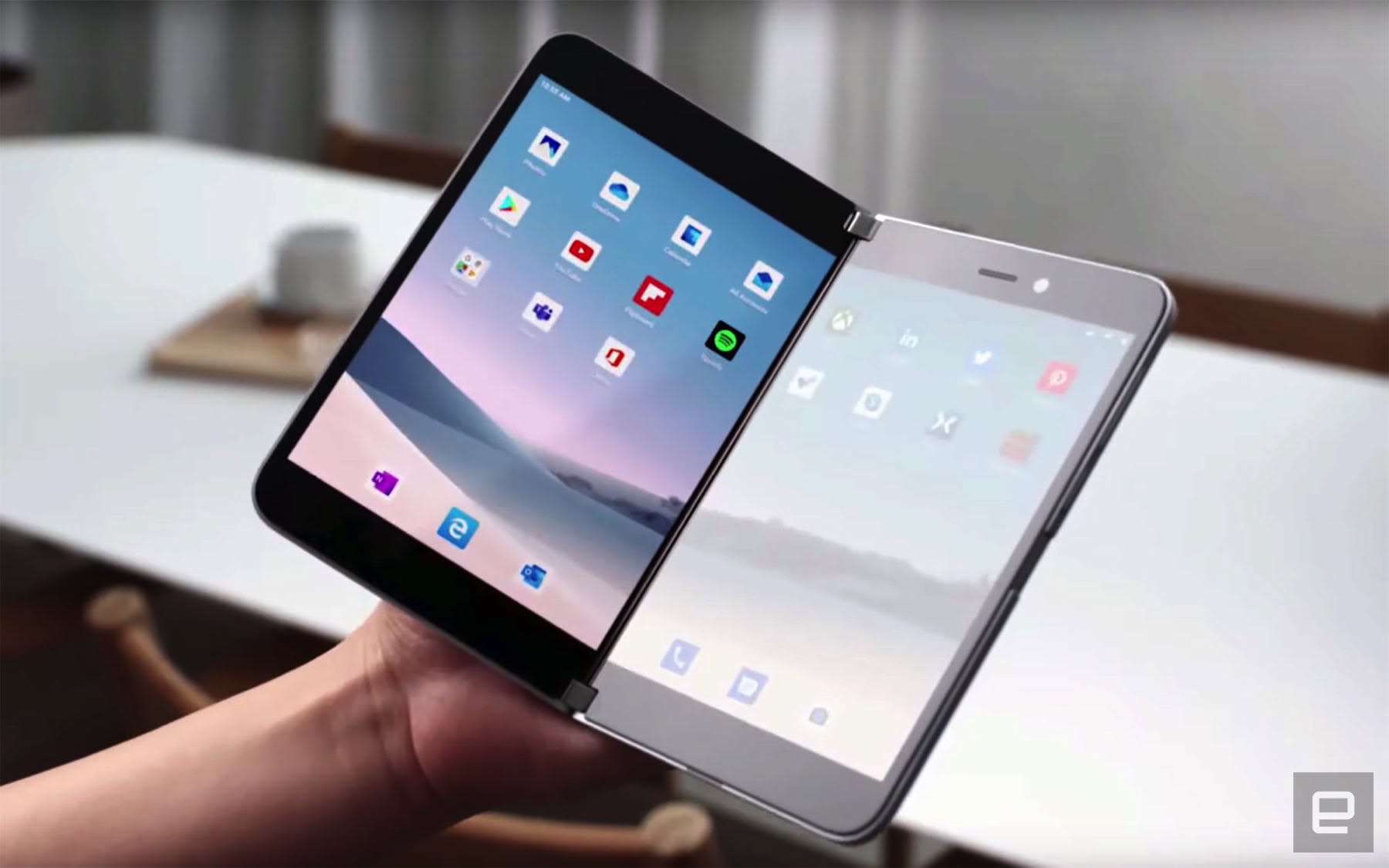 When it comes to the next generation of folding phones, Microsoft was right to choose dual displays over folding screens. But one thing some other foldable phones have that Microsoft lacks is a screen on the outside of the device. To make up for that, Microsoft appears to have a software feature that will let you preview calls and notifications by opening the Surface Duo just a crack.

A leaked video shared on Twitter shows a Surface Duo opened just slightly. The time and notifications are clustered on the right side of the screen, and you can swipe to dismiss them. You'll also be able to preview and decline or accept calls.

This "peek" feature could be an alternative to adding another screen, as the Galaxy Fold and Galaxy Z Flip devices have done. Microsoft hasn't confirmed this feature, but last month it released a preview toolkit to help developers prepare Android apps for the Surface Duo, so it's not unreasonable to believe that it's in the works. Microsoft clearly wants developers to come up with innovative dual-screen experiences, and it could set an example with this peek-to-preview function.

In this article: design, dual display, feature, folding phone, gear, leak, microsoft, mobile, notifications, peek, preview, screens, software, surface duo
All products recommended by Engadget are selected by our editorial team, independent of our parent company. Some of our stories include affiliate links. If you buy something through one of these links, we may earn an affiliate commission.