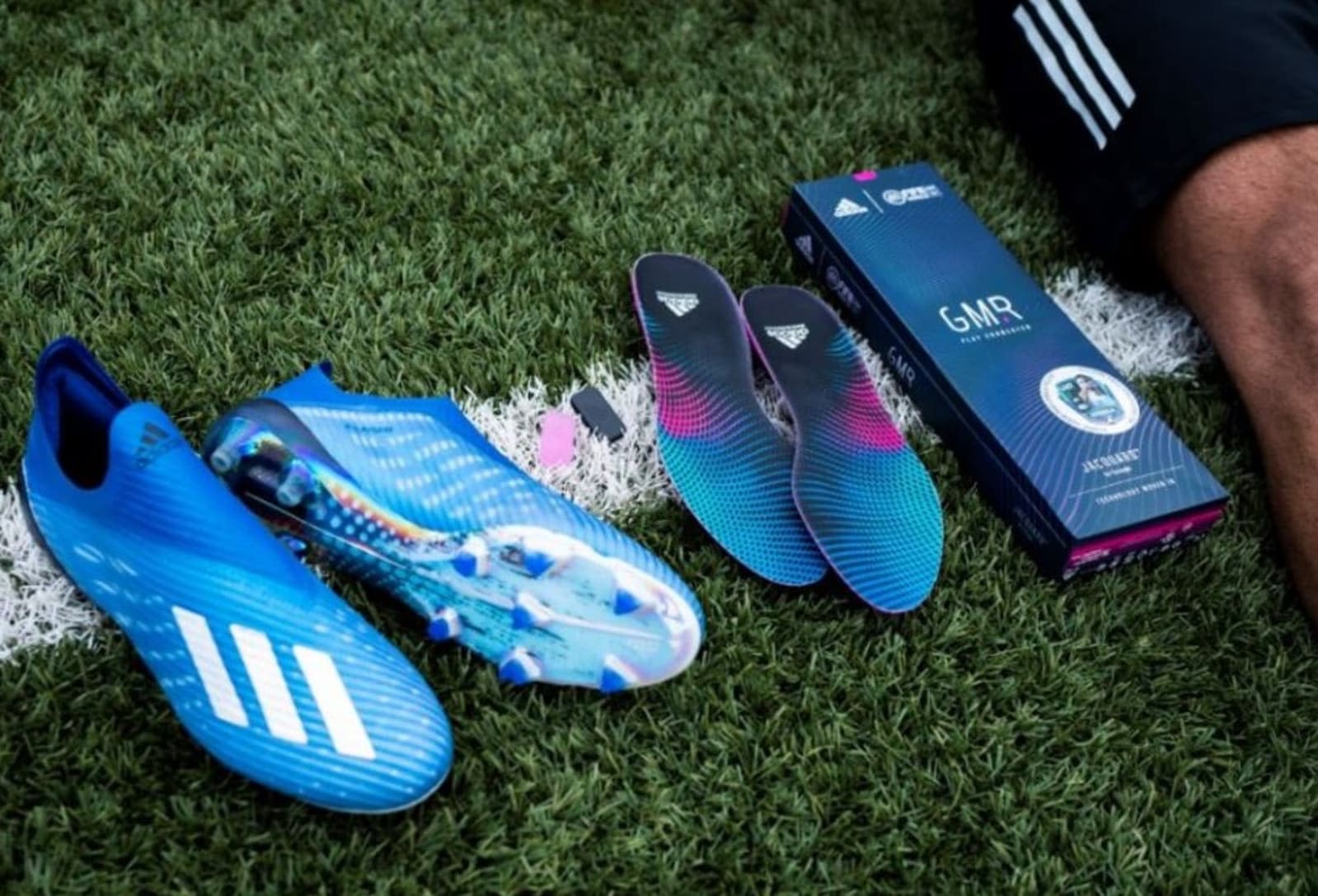 Just a few days ago Google and Adidas teased a smart insole designed to work with FIFA Mobile -- now we know exactly what it looks like. The Adidas GMR slips into your sneakers to monitor your performance during real-world soccer play, measuring your kicks and ball control and connecting to FIFA Mobile to give you challenges to improve your overall performance.

The insole is powered by machine-learning algorithms developed by Google's smart fabric division, Jacquard. One of the first challenges to conquer is "Master Finisher," which sees players tasked with taking 40 powerful shots in the penalty box within a week to earn coins and skill boosts in their FIFA Mobile game. A player's hardest shot will even be ranked on different leaderboards, giving them the chance to earn bragging rights over their friends.

This isn't the first time we've seen this kind of footwear-based tech. Arsène Wenger-backed PlayerMaker, for example, has had its boot-mounted device used by Olympic and Premiership soccer teams alike. However, this is the first time such technology is accessible to your average Joe five-a-side. At just $35/£30 the insoles are within reach of everyone. Of course, its primary function is as an accessory to a mobile game, but for Google to produce this kind of tech at such a low price means it probably won't be long before we see its applications in more places.

In this article: Adidas, av, FIFA Mobile, football, footwear, gadgetry, gadgets, gaming, gear, GMR, google, insole, Jacquard, smart, soccer, wearables
All products recommended by Engadget are selected by our editorial team, independent of our parent company. Some of our stories include affiliate links. If you buy something through one of these links, we may earn an affiliate commission.