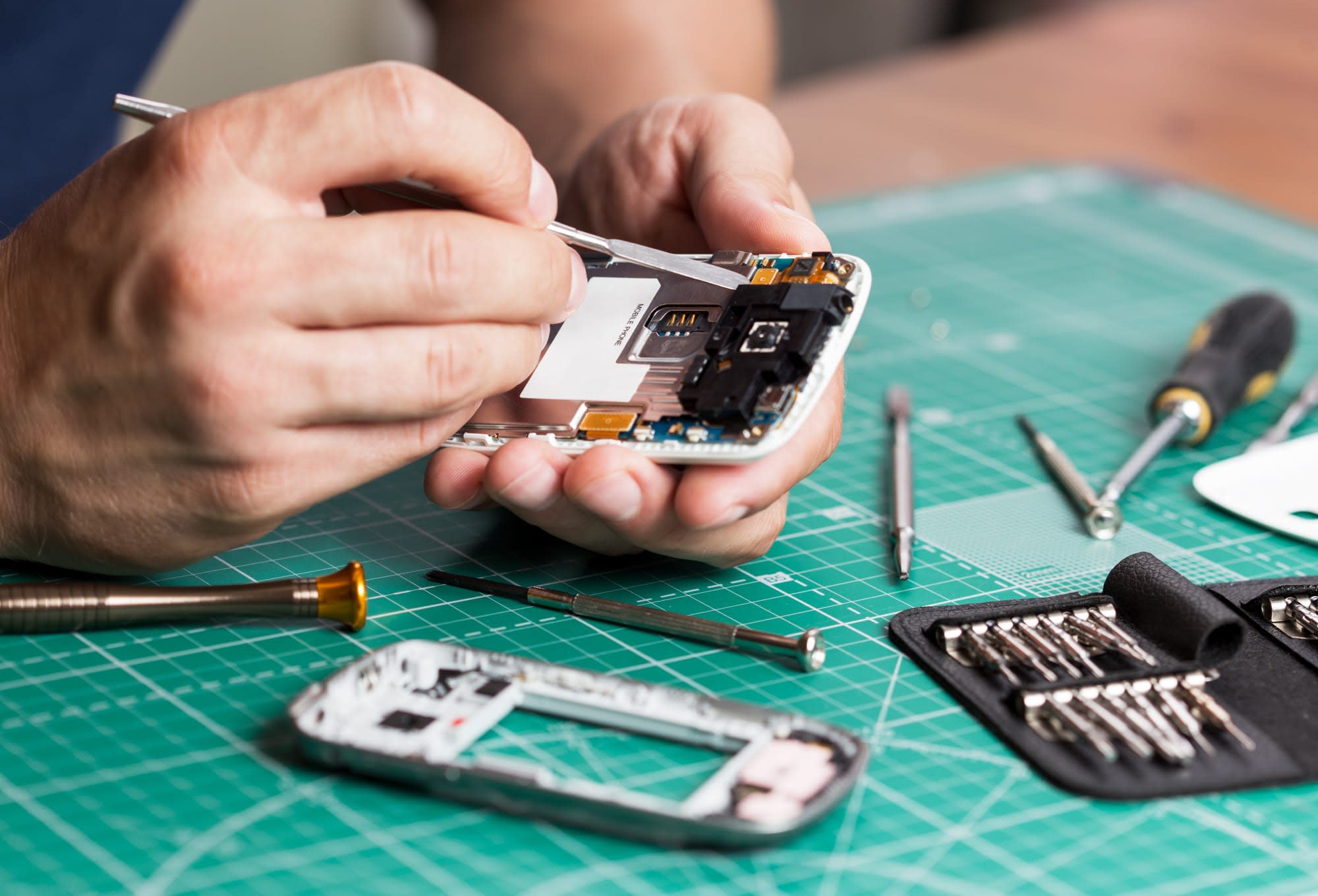 As part of its newly announced Circular Economy Action Plan, the European Commission, the body that drafts the EU's laws, says it will introduce right to repair legislation that will push electronics manufacturers to create products that last longer, include as many recycled materials as possible and are easier to reuse, repair and recycle.

If the European Parliament were to pass legislation, it would extend its eco-design law to cover phones, tablets and computers, and likely force tech companies to completely rethink the designs of their products. The legislation would also require those same companies to provide easy to access information related to the repairability and durability of their products. At the moment, most consumers have to turn to websites like iFixit to find information on how to fix their devices. "Single-use will be restricted, premature obsolescence tackled and the destruction of unsold durable goods banned," the Commission said.

Any right to repair bill the European Union passes is likely to have a significant impact outside of its borders because of the fact it says it will "ensure" future trade deals "reflect the enhanced objectives of the circular economy."

"The linear growth model of 'take, make, use discard' has reached its limits," Virginijus Sinkevičius, the commissioner for the environment, told The Guardian. "With the growth of the world population and consumption, this linear model pushes us closer and closer to a resource crisis. The only way ahead is decoupling economic growth from extraction of primary resources and their environmental impacts." He also said the EU won't be able to meet its target to produce zero emissions by 2050 if it doesn't implement the recommendations.

The plan is the latest attempt by the EU to tackle electronic waste. In January, European Union lawmakers voted overwhelmingly in favor of legislation to push to device manufacturers to adopt a shared charging cable standard. The new legislation is likely to face stiff resistance from manufacturers. Ahead of the charger vote, Apple said any regulation would "stifle innovation" and ultimately hurt consumers more than it would help them.

In this article: business, eu, europe, european commission, european union, gadgetry, gadgets, green, mobile, personal computing, personalcomputing, politics, right to repair, tomorrow, gear
All products recommended by Engadget are selected by our editorial team, independent of our parent company. Some of our stories include affiliate links. If you buy something through one of these links, we may earn an affiliate commission.