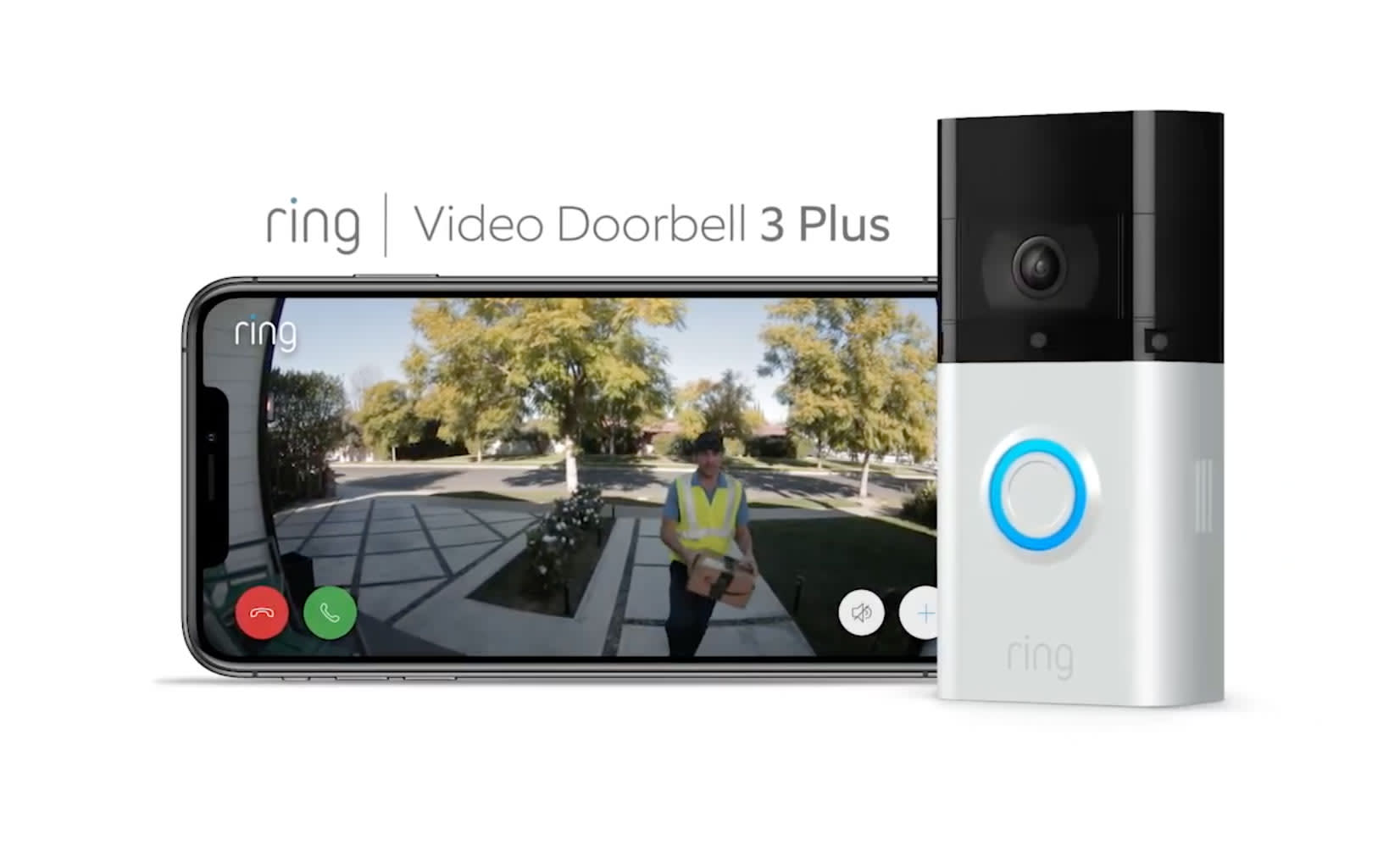 Over the weekend, a leak revealed the latest smart doorbells from Ring. The product pages -- which were quickly taken down from Ring's website -- highlighted the addition of a 5GHz wireless connection and a "Pre-Roll" feature that shows users the four seconds of video that happened before an alarm was tripped. Today, the company officially revealed the Video Doorbell 3 and Video Doorbell 3 Plus, and elaborated on the technology behind the Pre-Roll feature. While the Video Doorbell 3 seems to be an incremental upgrade, the 3 Plus may pique the interest of existing Ring users as well as new customers.

Ring founder, Jamie Siminoff, explains in a blog post that the company had to engineer a product that was constantly recording video footage without draining the battery. The solution is a three-camera array, two of which capture Pre-Roll footage at a low resolution and low framerate -- and in black and white. The main camera still captures color footage at 1080p, though. By using a rolling buffer, the Pre-Roll footage constantly rewrites itself, as not to take up too much of the camera's memory. The new feature will give homeowners a better idea of what's happening at their front door, whether it's a trespasser or just an animal. Pre-Roll will only be available on the Ring Video Doorbell 3 Plus, so the upgrade from the standard edition may be worth the $30 difference.

To cut down on false alarms, Ring also adjusted the way its cameras detect motion. A "near motion zone" allows the Video Doorbell 3 and 3 Plus to detect motion only from five to fifteen feet in front of the camera. This means that users will be less likely to get motion alarms when dog walkers or neighbors stroll by.

The Ring Video Doorbell 3 will cost $200 and the 3 Plus will be $230. Both are available for pre-order and will ship out on April 8th. The company has been in hot water recently, after sharing footage with police. Ring says that by sharing footage, police can more effectively track down burglars, but this doesn't seem to be the case. The company also shares data with third parties, which is a turnoff for privacy-minded consumers. Ring says that it will soon allow users to opt out of some information sharing.

In this article: amazon, gadgetry, gadgets, gear, home, iot, ring, ring video doorbell 3, ring video doorbell 3 plus, smart doorbell, smart home, video doorbell
All products recommended by Engadget are selected by our editorial team, independent of our parent company. Some of our stories include affiliate links. If you buy something through one of these links, we may earn an affiliate commission.