If you had any lingering questions about the Xbox Series X hardware, they've probably been answered. Microsoft has published a deep dive into the console's specs, including just what the company hopes to achieve with all that tech. To begin with, the semi-custom AMD Zen 2 processor runs its eight cores at a fixed 3.8GHz (3.66GHz with SMT in use), with one core set aside for basic system functions. The Xbox will also have 16GB of GDDR6 RAM, although just 10GB of that will have the full 560GB/s bandwidth games will want for GPU-friendly tasks. The remaining 6GB runs at a 'standard' 336GB/s -- 3.5GB reserved for less-demanding gaming tasks and 2.5GB for the operating system. 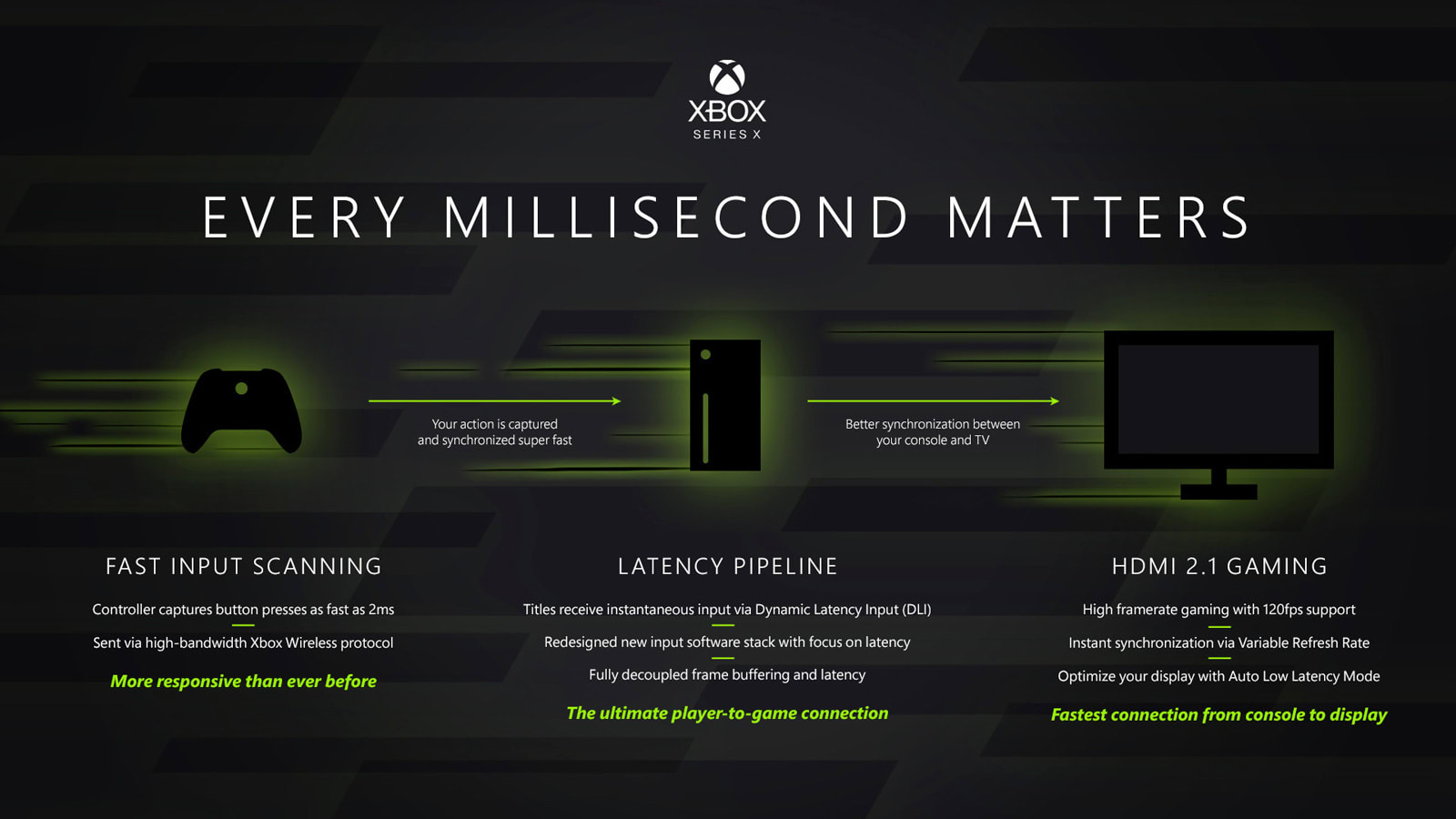 The GPU might be no small achievement. We already knew it was going capable of 12 teraflops; we now know how it'll get there: 52 compute units running at a fixed clock of 1.825GHz (for reference, an RX 5700 XT has 40 compute units). That may not mean much to you in the abstract, but Microsoft claims both much higher visual detail and higher frame rates -- it's aiming for 4K at 60 frames per second, with support for 120FPS. As an example, you can play an optimized version of Gears 5 at the PC version's Ultra Spec detail settings at more than 100FPS with features that even a high-end gaming rig can't manage, like contact shadows and self-shadow lighting. Hardware-boosted raytracing is also an option, although it's not clear how many games will make use of the advanced lighting technique.

Storage plays an important role as well. The system will come with a 1TB NVMe-based SSD that takes advantage of an Xbox Velocity Architecture to make 100GB of in-game content "immediately accessible." You could enable gigantic open-world games, for example. It also helps speed up the Quick Resume feature that lets you jump between multiple games. And while that 1TB built-in might not be a lot, Microsoft is also promising support for a 1TB "expansion card" that delivers the same performance as the internal drive, as well as USB 3.2 support for slower external drives. There's a 4K Blu-ray disc drive, though it's clear optical media isn't the focus.

Microsoft's close look also addressed some smaller questions about the system, although you might not always enjoy the answers. Despite Microsoft always showing the system upright, it is possible to lay the Series X on its side -- the massive vapor chamber cooling and primary fan work in either orientation, in case you need to fit the system in a (fairly roomy) media cabinet. There are optimizations for latency, including the controller and HDMI 2.1 output. You won't find mention of optical audio output, however, so get ready to rethink your speaker setup.

The new Xbox is still set to launch sometime in the holiday season despite the ongoing coronavirus pandemic. It's still not clear how much the console will cost, or how well it'll stack up to gaming PCs by the time it launches. And of course, Sony has yet to show all its cards for the PlayStation 5. All the same, it's a clear leap forward compared to the Xbox One generation -- the real challenge may be to take advantage of all this extra headroom in a meaningful way.

All products recommended by Engadget are selected by our editorial team, independent of our parent company. Some of our stories include affiliate links. If you buy something through one of these links, we may earn an affiliate commission. All prices are correct at the time of publishing.
Microsoft unveils a ton of Xbox Series X hardware details
av
console
games
gaming
gear
microsoft
video
video games
xbox
xbox series x
zen 2