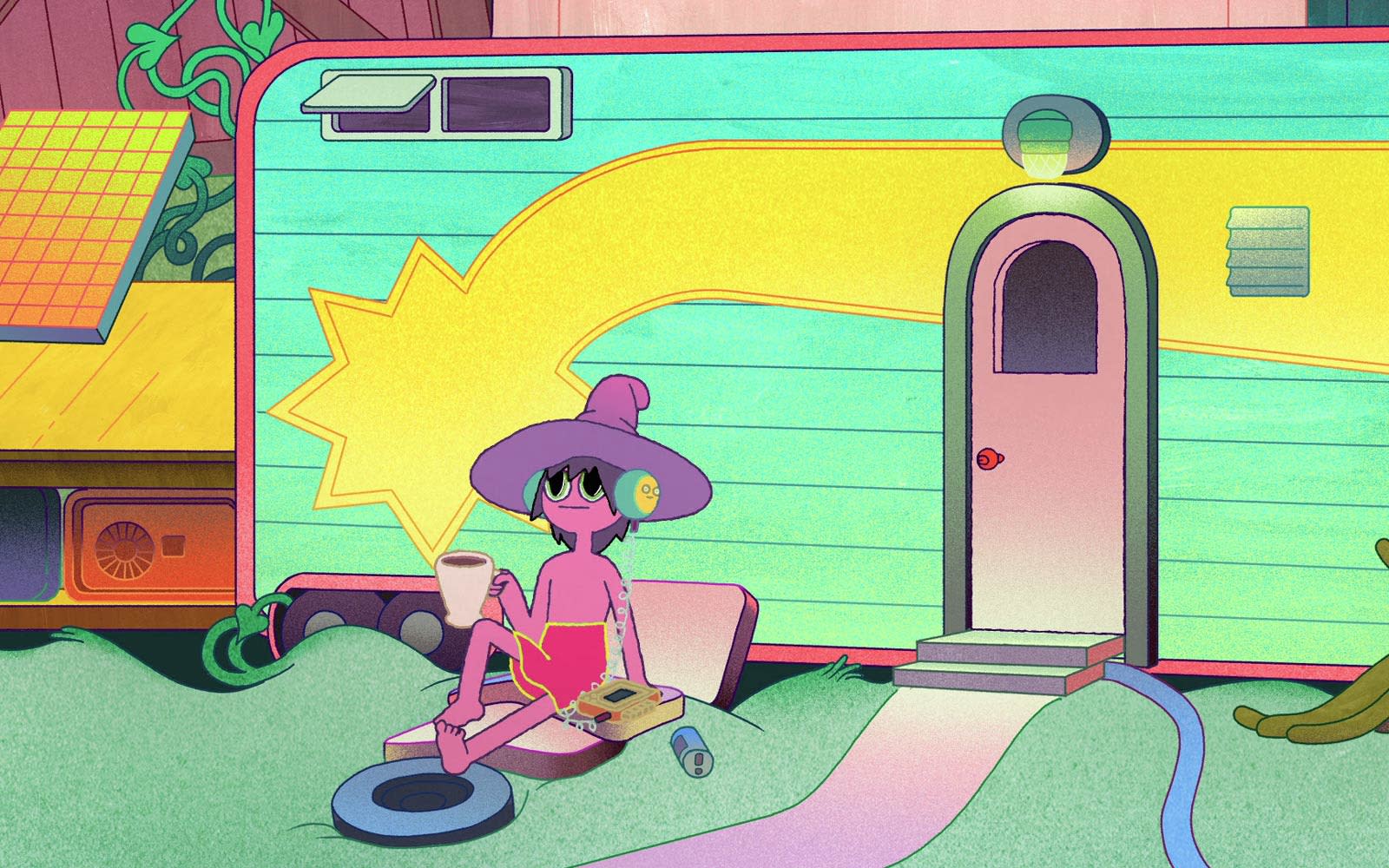 It's been a while since we've published one of these, but present circumstances being what they are, we thought people would appreciate knowing what's coming to Netflix next month. Thankfully, there are a lot of new originals and back catalog additions to look forward to while stuck at home.

The first big release of next month is the fourth season of lighthearted baking show Nailed It! Two days later, Coffee & Kareem, a new comedy starring Ed Helms (The Office, The Hangover) and Taraji P. Henson (Boston Legal, Baby Boy), starts streaming. Those who want to watch something thought-provoking should mark April 15th on their calendars; that's when The Innocence Files, a new nine-episode documentary series about wrongful convictions in the US, premieres.

On April 20th, The Midnight Gospel (pictured above), the trippy new animated series from Adventure Time creator Pendleton Ward, debuts. If you're a fan of historical drama, you can look forward to starting season four of The Last Kingdom on April 26th.

Thankfully, there's also new content to keep the kids happy. Specifically, we're looking forward to The Big Show Show on April 6th, a comedy where WWE wrestler Big Show plays a fictionalized version of himself. The Willoughbys, a new animated film based on Lois Lowry's 2008 children's book of the same name, looks promising as well. It joins the service on the 22nd.

If Netflix's upcoming slate of originals doesn't do it for you, the good news is the company is adding a lot of notable third-party content this month. The obvious highlight is that you'll be able to watch all six seasons of Community starting on April 1st -- but there's other stuff to look forward to as well. On the same day, all four Lethal Weapon movies join the service, as do Minority Report, Molly's Game, Mortal Kombat, Mud and Taxi Driver. Over three days starting on April 5th, The Killing of a Sacred Deer and The Florida Project will begin streaming. On April 16th, your kids can watch Despicable Me yet again. Rounding out the month is The Artist, which starts streaming on the 25th.

Some of the better-known titles leaving the platform on March 31st include Batman Begins, The Dark Knight, Kill Bill Vol. 1 and Vol. 2, as well as the final two Lord of the Rings movies. If you want to rewatch those films while they're still available, now is the time to do so.

Here's everything coming to Netflix US in April! pic.twitter.com/siDTiPbUGp

In this article: av, community, coronavirus, covid-19, entertainment, internet, movie, movies, nailed it, netflix, services, streaming, streaming video, television, the last kingdom, the midnight gospel, video
All products recommended by Engadget are selected by our editorial team, independent of our parent company. Some of our stories include affiliate links. If you buy something through one of these links, we may earn an affiliate commission.