Second Life developer Linden Lab has sold Sansar, a platform for virtual 'scenes' that could be explored with a VR headset or traditional PC setup.

Back in 2016, I described the service as "WordPress for social VR." A foundation that allowed creators to import custom assets and quickly build their own shareable world. The company hoped that this mix would attract commercial clients — think museums, car manufacturers and record labels — that want their own VR experience but don't have the technical expertise to deal with game engines and digital distribution.

Similarly, Linden Lab hoped Sansar would attract users who crave diverse worlds — like those promised in movies such as Ready Player One — and, if they have a creative spark, possibly make their own assets that can be shared and sold to the rest of the community.

Sansar's VR compatibility was a big draw. At the time, there were many 3D chat room experiences — including Second Life — but few that allowed large groups to strap on a headset and freely converse. Linden Lab knew that the number of people with high-end VR headsets was small, though. And the team didn't want to dilute the experience so it could run on mobile-powered hardware like Google Cardboard and Samsung's Gear VR. 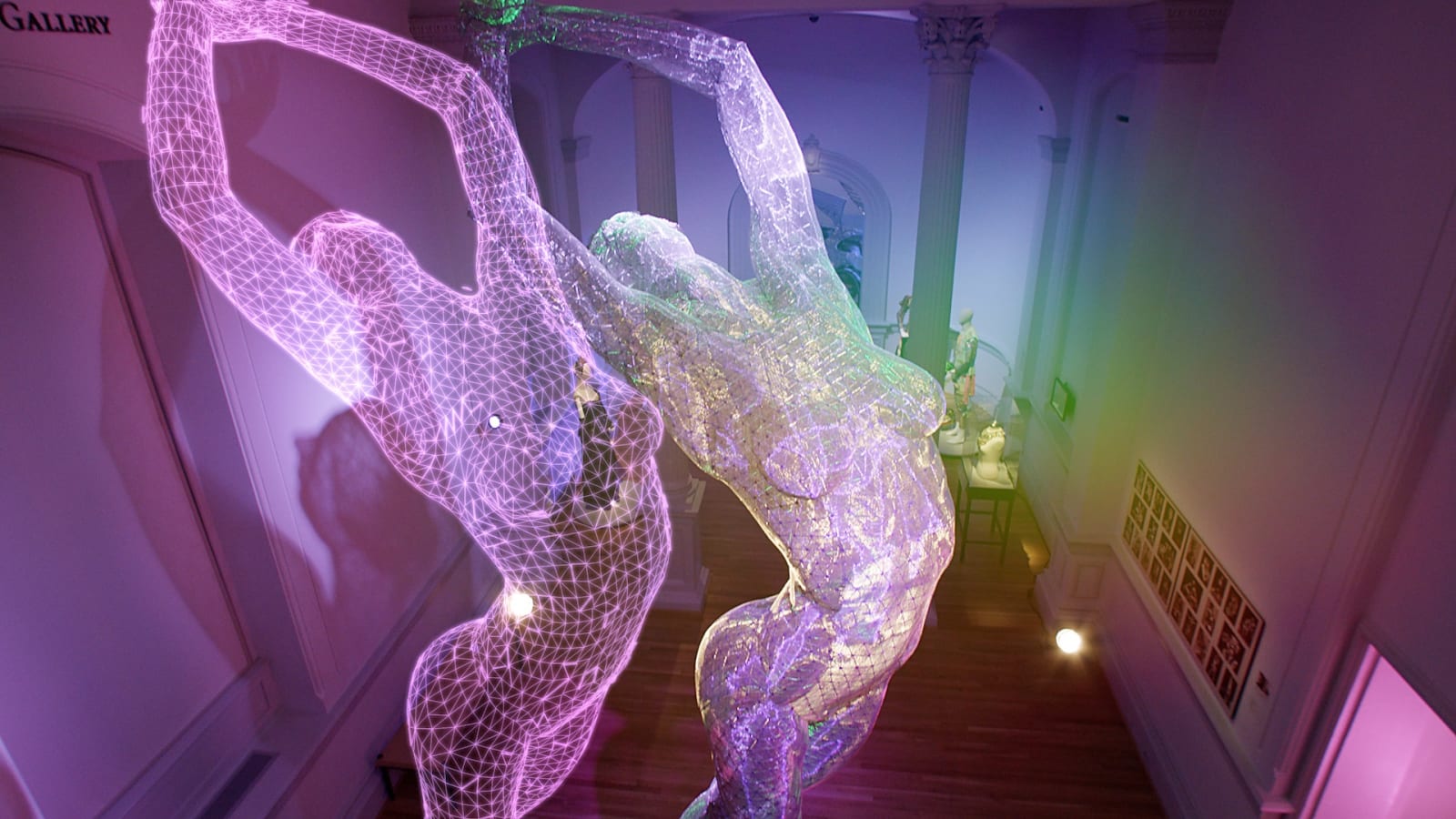 An exhibition by The Smithsonian American Art Museum in Sansar.

"It's a long road, so that's why we made the decision to focus on both desktop and virtual reality and become more inclusive in the types of use cases and people that could be in it," Ebbe Altberg, CEO of Linden Lab told Engadget this week.

Altberg admits that Linden Lab leapt into the VR space "a bit early" and had hoped "for a bit steeper of a curve" in headset adoption. High-end hardware has undoubtedly improved over the last few years, but the associated cost — which includes a gaming PC — has remained roughly the same. Standalone VR headsets like the Oculus Quest are slowly bridging the gap between smartphone and PC performance, but they still don't have the power required to run a multiplayer experience like Sansar.

"To me, it feels like VR is still where mobile was somewhere in the '90s," Altberg said. The iPhone [of VR] hasn't really come yet."

The official website now calls it a "live events destination" with a heavy emphasis on virtual concerts.

Prior to its launch, Linden Lab showed me an Egyptian tomb scene in Sansar. It had been created with photogrammetry — a technique that combines LIDAR-based data and 360-degree photography — and let you get up close with some beautiful paintings. Clearly, Linden Lab was picturing Sansar as a platform that could offer more than entertainment. Scenes could be educational, Altberg explained to me years ago, with tour guides or pre-recorded audio narration.

Sansar did attract some commercial clients including Hello Kitty creator Sanrio, Levi's jeans, and Fnatic, one of the largest esports organisations in the world. Over time, though, Sansar's strategy and focus appears to have narrowed. The official website now calls it a "live events destination" with a heavy emphasis on virtual concerts. "See your favorite artists without traveling to their shows," the site explains. "Meet your friends, buy merch, take selfies, and dance til you drop!" Other experiences are still available, but they don't appear to be the main selling point anymore. 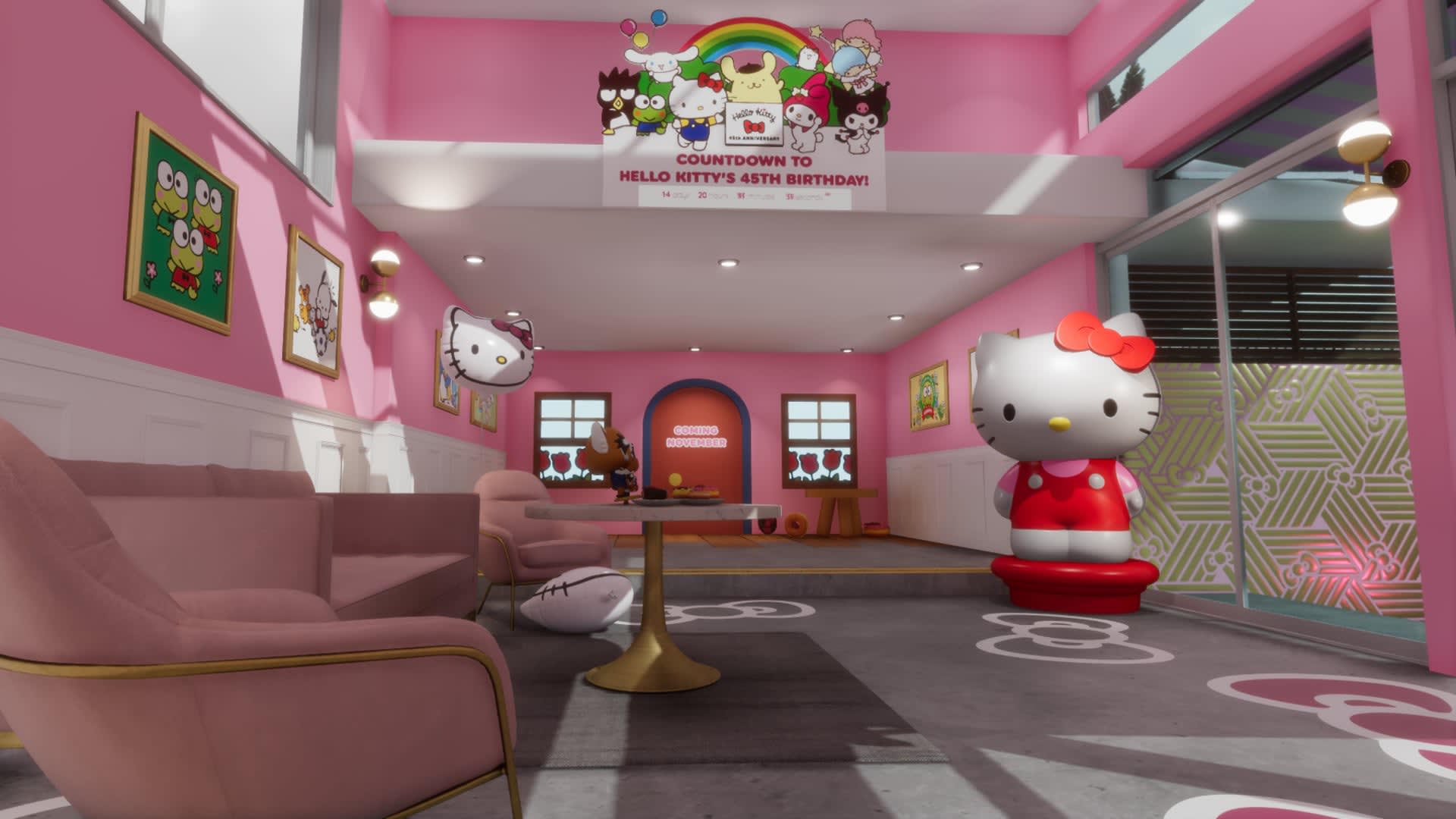 According to Altberg, the shift was in response to the interest it had received from musicians, record labels and event organizers. They wanted to use the platform, and performers had the potential to bring many new users -- more than Linden Lab could possibly attract with traditional advertising -- through its virtual doors. "It doesn't become all about us just saying, 'Hey, you there on the motorcycle. Come in here and do something,'" Altberg said.

So why did Linden Lab sell the platform? In short, the company wanted to be profitable and Sansar wasn't making enough money. "We incubated Sansar," Altberg explained. "We got it up and going. It's fantastic technology, but it's still [got] quite a way of runway [before it can] become a cash-positive."

Altberg said it was ultimately a "strategic decision" to sell Sansar and give the development team a chance to branch out on their own. "I'm super stoked that we're able to find a way for them to continue the journey," he explained.

First, though, the company needed to find a buyer. It considered "a bunch of different paths," according to Altberg, which included some larger owners. In the end, it settled on Wookey Project Corp., a little-known startup that wants to create "a new generation of online AR/VR experiences," according to a Linden Lab press release. Altberg describes the company as a "really scrappy investor type of player" who wants a challenge and is prepared to let the Sansar team drive its own agenda. Wookey's CEO also lives in the same town as Altberg, which probably helped seal the deal.

With Sansar off its books, Linden Lab is now "a very profitable company," according to Altberg. "Second Life is an older, very established cash machine that works really well, and right now, we're seeing some tremendous growth happening as we speak. Whereas Sansar is a VC, more long term, need-more-investment-type-of-thing. Mixing those two within one small studio like Linden Lab was kind of tricky, so it was easier to have them go separate."

The team behind Second Life hasn't given up on Sansar entirely, though. The platform uses Tilia, a system by Linden Lab that allows users to turn their custom asset sales into real-world cash. "We've now reached a point where Tilia is fully licensed and it's starting to offer services to third parties," Altberg explained. "The first third party that's live and running is Sansar."

Sansar will continue to focus on large-scale entertainment events, according to Altberg. Linden Lab, meanwhile, is going to double down on Second Life. The company is currently in the middle of moving its cloud-based infrastructure to a third-party platform. "Instead of having to nurture and build and maintain our own infrastructure for a lot of things, we're going to be able to rely on someone else doing it for us," Altberg explained. Linden Lab is also working on a number of user-facing improvements, such as the ability to customise worlds and "trade environments in ways they haven't been able to do before."

"As markets lock down, we see numbers in those markets go up."

It's a strange but exciting time for the social platform, which was first released in June 2003. Right now, everyone is staying at home to protect themselves and others from the coronavirus pandemic. That means countless businesses and educational institutions are looking for ways to communicate and collaborate remotely. Enterprise-focused tools like Slack, Zoom and Microsoft Teams have clearly benefited from this sudden digital shift. According to Altberg, Second Life usage is also spiking from people who want to feel closer to their friends, family, students and co-workers.

"We're seeing surges of new registrations," he said. "We can see the difference too by markets. As markets lock down [over the coronavirus pandemic], we see [Second Life] numbers in those markets go up." According to Altberg, Sansar has experienced a similar bump in interest: "The demand we saw prior to the separation was really fascinating."

From afar, Second Life and Sansar might seem like direct competitors. But that isn't the case. Second Life, as its name suggests, is about giving people another identity and existence online. Sansar, meanwhile, is laser-focused on the music industry right now and creating the best experience for performers and fans alike. Second Life also has no plans to support VR headsets anytime soon. "They [Sansar] have an opportunity to target, I think, a different kind of use case and a different type of customer than Second Life," Altberg said. "That's why I think it's... [Sansar] isn't really directly competitive in that sense."

Instead, the two teams will be cheering each other on. Both platforms have a rare opportunity, after all, to convert new and returning users into people that want to stick around long after the coronavirus pandemic has stabilized. "I am very hopeful for Sansar in the long term, but now that's their journey," Altberg explained. "And I'm rooting for them. We'll be supporting them. We're partners with them. We're friends with them."