A different kind of New Game Plus.

Persona 5 was a vibrant, subversive RPG with a relatively traditional turn-based battle system, memorable characters, a plot twist or two and hundreds of persona (monsters) to fuse, fight and discover. Persona 5 Royal keeps all of that but adds a third school term to play through. It also introduces one entirely new character, Kasumi Yoshizawa, to fight with and the return of a divisive former ally.

P5R's additional story kicks off right after the ending of the original game -- so after your team of outcast teens have saved the world and killed a god. It includes a new palace (the distorted 'metaverse' world where the turn-based battles take place), a new cliched antagonist and enough touches to make it feel like Persona 5, the anime movie sequel. (Yes, I'm aware there's an anime series already.)

Given the current situation, it's the perfect time to replay a game you loved -- and I adored Persona 5.

Immediately after the original ending of Persona 5, everyone is living an oddly perfect life -- and that's not really how it should be. Long-dead parents are back, everyone is literally living their best life. Naturally, this isn't how it's meant to be, so the protagonist is here set things straight.

In addition to new story content and enemies, Persona 5 Royal includes 20 additional songs -- although I'd struggle to pinpoint most of those. If you played the original, you'll probably notice a Royal-only sneak-attack song, a new melody to go with the remade animated intro and a slick jazz arrangement that plays when you hang out at Kichijoji's jazz club. Yes, that's a new area of Tokyo to explore and a new way to kill time in the evenings.

When it comes to palaces in the metaverse, Persona 5 Royal includes a grappling hook that adds a new way to traverse levels -- in some specifically marked places. Each palace has additional or tweaked puzzles and areas which, while not hugely different to the original, make for a different playthrough to the original. I definitely spent more time in these rearranged levels, collecting hidden items to craft powerful accessories.

Alongside new party member Yoshizawa, there are several other character additions. A mysterious kid called Jose rides around the underground area called Momentos, offering experience and money upgrades in exchange for items collected in the area, while Takuto Maruki is a new counselor drafted in at your school after way too many mysterious occurrences, suicide attempts and deaths. I'm glad the school district decided to do something. 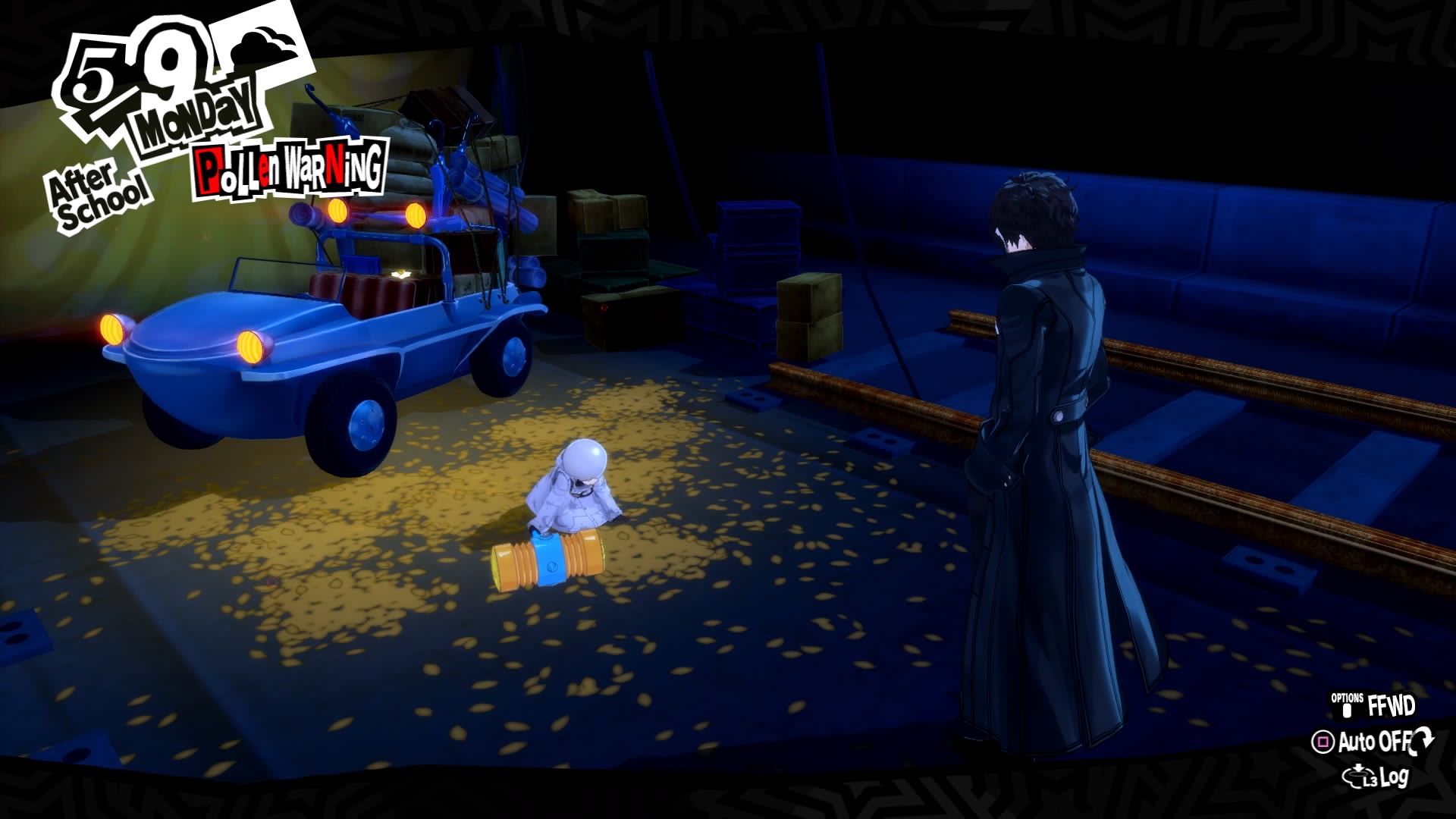 Battle dynamics have benefited from changes, too. In the original game, baton touch was a dynamic where you could stack attacks with party members that hit enemy weaknesses. However, you had to achieve a certain level of familiarity with party members before they could be used. Now, you can achieve the same (and improved) result through playing darts with your comrades outside of the metaverse.

While we're talking about your party members, there are also new team-up moves, called Showtime, which occur irregularly in battles. These are powerful attacks between two characters that typically land triple the damage of your standard moves -- you'll unlock them as you progress through the game, and each one has a charming animation. These run the gamut from anime homage through to traditional Japanese aesthetics and professional women's wrestling. The Makoto-Ryuji team-up is my favorite.

These are both satisfying improvements to combat and made me want to program a flow of attacks that get increasingly stronger. And in this remix, you might need the help. Enemies in the new areas of Persona 5 Royal are tougher. They're typically more resistant to your elemental attacks and take more hits to go down.

The extra term-time in Royal gives you more space to deepen your friendships and learn more about the cast of this game. Deepening friendships in Persona isn't merely submerging yourself in the lore of the game: the higher your connection with your team of thieves and other allies, the better the in-battle skills you can access. These also extend to real-world benefits, like the ability to get some help with laundry so you can check out the new pool and billiards hall.

There's also more time to read books, watch movies and other activities that increase your social skills -- and open up even more opportunities and adventures with acquaintances. (More theme park trips! More ramen! More weird aquarium facts! More jazz club visits!) It's a lot more forgiving, more chill than Persona 5. Conversely, you might find that it drags a little in the additional third school term -- it will depend on how you spend all that extra time. 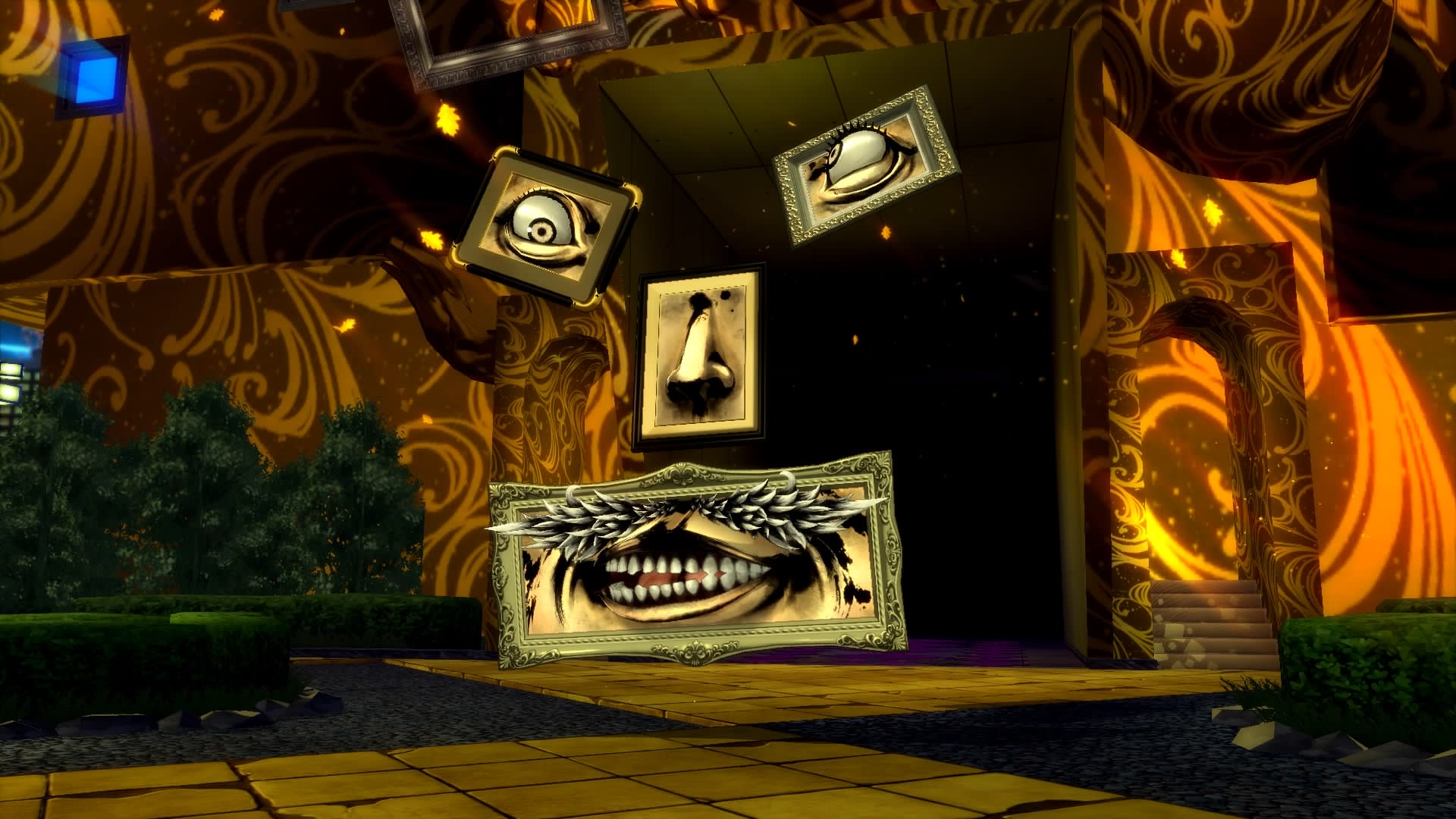 With games like the Persona series, I often felt pressured to achieve the perfect run, ace all the confidant bonds, get the strongest persona summoning, crush the secret boss, upgrade all my weapons, etc., etc. There's often a 'new game plus' feature built into the games, where you can bring money and items across to an entirely new playthrough, making things much easier.

If you played the original, P5R is like a new game plus alpha. No, your levels and money aren't there, but you'll recall particularly powerful persona you'll want to recruit, which confidants are worth your time (like your homeroom teacher Kawakami) and which ones can wait till the third term (sorry, my alcoholic reporter ally, Ohno). There's also something comforting about replaying a game where you know every beat -- it's probably why I have issues, buying the same games again and again.

This game wants you to see everything it has to offer. Pressing on the DualShock 4's touchpad brings up a new assist panel that includes not only what other players are doing with this calendar day but also points you in the direction of key confidants you should hang out with and ways to increase those social skills. It's useful -- and another feature to help with my RPG FOMO.

There are several incidental touches to the core story and scenes, too. New party member Kasumi appears throughout the year -- although she won't fight most of the time -- as does school counselor Maruki. The cast of 20 or so characters weave in and out of each other's lives. Keep an eye out and you'll spot characters in the background of story scenes, just hanging out.

Persona 5 Royal might sound like it's for die-hard fans of the series (or this specific entry), but it's a better game than the original. If you bought that at launch, that was several years ago now. If you bought it when it was more recently on sale -- at times it's circled under $30 -- and you loved it (or failed to quite finish it), here's another chance. And given how much time we've got inside at the moment, there's arguably not been a better time to dig into a lengthy RPG like this.

All products recommended by Engadget are selected by our editorial team, independent of our parent company. Some of our stories include affiliate links. If you buy something through one of these links, we may earn an affiliate commission. All prices are correct at the time of publishing.
View All Comments
'Persona 5 Royal' taps into the joy of replaying your favorite game