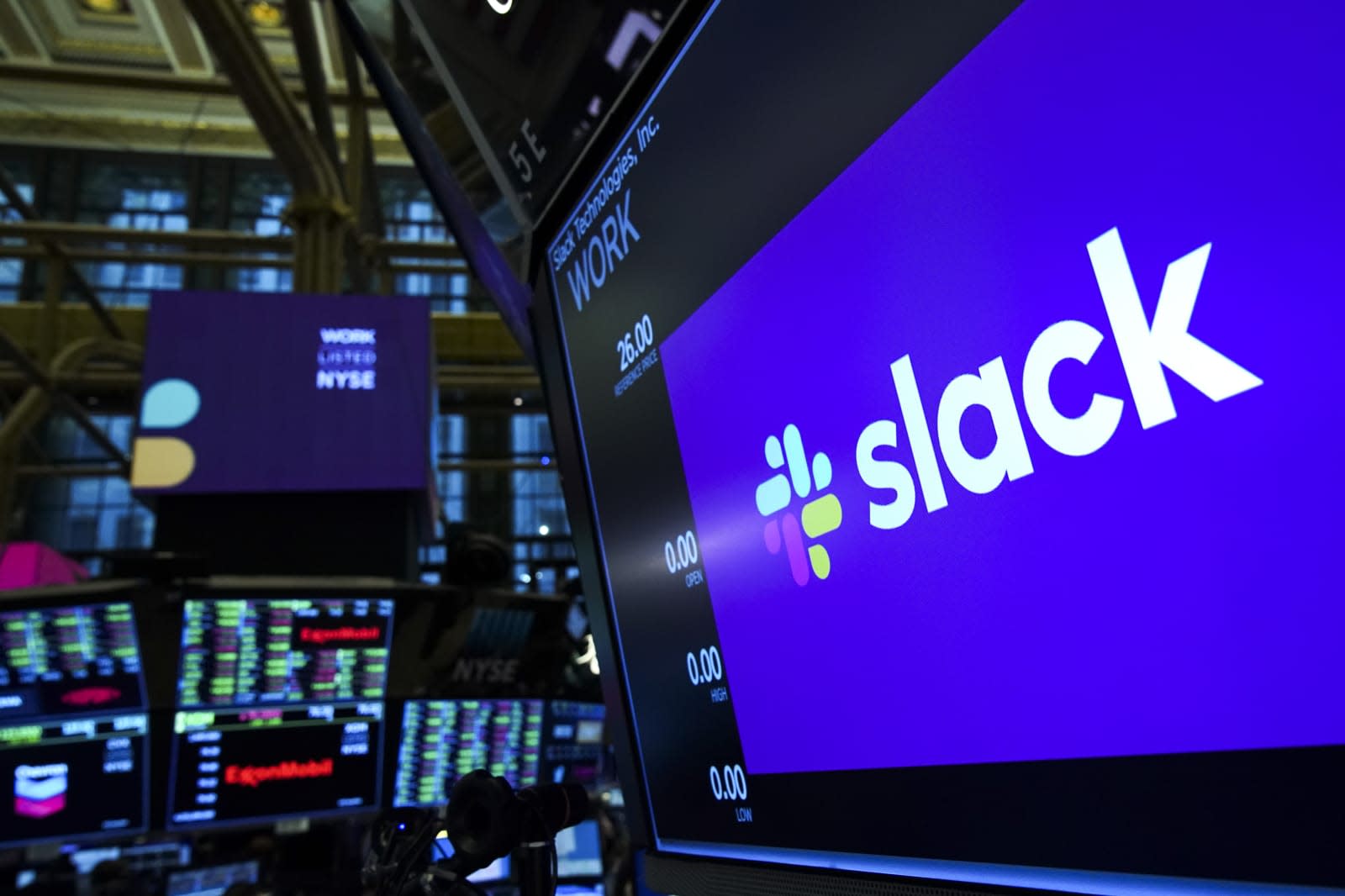 More of us than ever are relying on video calling apps to chat with friends, family and colleagues. Slack, for example, has seen a huge increase in calls made and received through its app in the last month amid the COVID-19 pandemic. Starting today, the app will give you more options. For instance, you can now hop into a Microsoft Teams call directly from the productivity app, which said last week it was working on such an option.

Once you've set up the Teams app in Slack, you'll be able to start a call by simply using the command /teams-call. You'll also be able to see who's already in a meeting before you hop in and also join calls from Outlook or Google Calendar reminders in Slack.

However, you can't take part in Teams calls entirely within Slack, at least for the time being. If you join one from a Slack channel, the call will open up in Teams instead. In addition, you'll be able to dial phone numbers via Zoom, Jabber, WebEx, RingCentral and Dialpad directly within Slack. At least this might make getting things done while you're stuck at home a little easier.

In this article: dialpad, gear, jabber, microsoft teams, microsoftteams, productivity, ringcentreal, services, slack, video call, videocall, voice call, voicecall, webex, zoom
All products recommended by Engadget are selected by our editorial team, independent of our parent company. Some of our stories include affiliate links. If you buy something through one of these links, we may earn an affiliate commission.