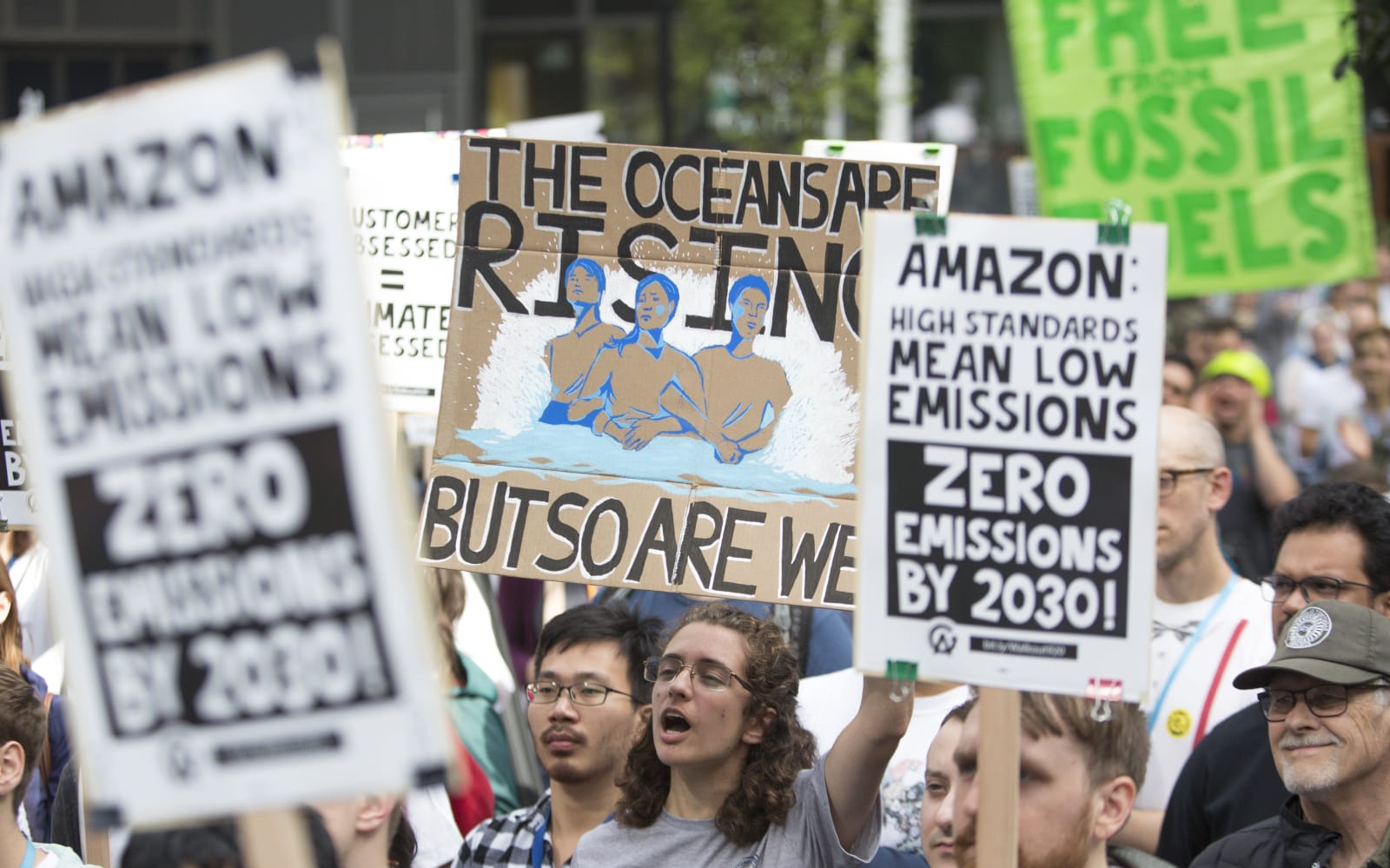 Two Amazon employees who spoke out against the company's environmental policies say they were threatened with termination if they continue to violate the company's external communications policy, The Washington Post reports.

In October, the employees, Maren Costa and Jamie Kowalski, told The Washington Post that Amazon contributes to climate change by supporting oil- and gas-company exploration with its cloud computing business. Both employees say they were subsequently called into meetings with human resources, where they were accused of violating the company's external communications policy. Costa says she then received an email from a company lawyer, who claimed future violations could "result in formal corrective action, up to and including termination of your employment with Amazon." Kowlanski says she received a similar email.

In a statement provided to Engadget, an Amazon spokesperson said:

"Our policy regarding external communications is not new and we believe is similar to other large companies. We recently updated the policy and related approval process to make it easier for employees to participate in external activities such as speeches, media interviews, and use of the company's logo. As with any company policy, employees may receive a notification from our HR team if we learn of an instance where a policy is not being followed."

As part of its overall communications rules, Amazon tells employees they may speak out on social media, as long as they do not share confidential business information, The Washington Post notes.

The incident speaks to the growing trend of employees calling out large tech companies on everything from their environmental policies to workplace diversity, sexual misconduct, human rights policy and "retaliation culture."

It also speaks to the issue of Big Tech companies clamping down on employee criticism and protests. Most recently, the National Labor Relations Board instructed Google to remind employees that they can speak freely about workplace issues, after employees alleged they were fired for union organizing, a claim Google denies. As the tech labor movement continues to gain momentum, incidents like these will likely become more common.

Source: The Washington Post
In this article: amazon, big tech, business, climate change, communication policy, employees, environment, environmental policies, external communications, google, green, policies, protests, rules, termination, threatened, tomorrow, violations
All products recommended by Engadget are selected by our editorial team, independent of our parent company. Some of our stories include affiliate links. If you buy something through one of these links, we may earn an affiliate commission.