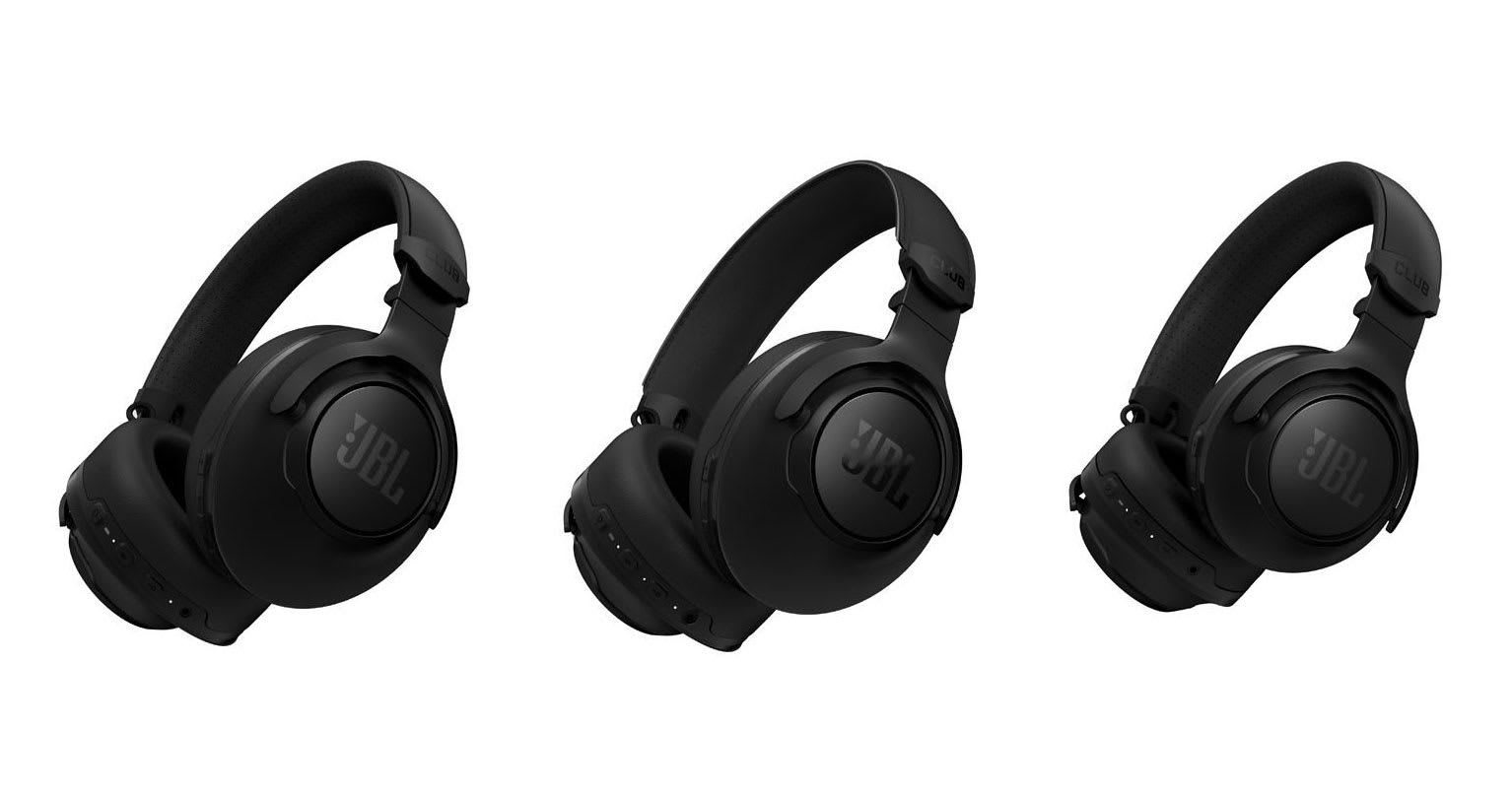 Headphone monitors provide clear and accurate audio signals to music pros. You'll mainly see musicians wearing them while recording or analyzing a performance, but some people use these utilitarian cans to enjoy -- rather than analyze -- music. JBL's new CLUB series could serve as a happy medium between pro monitors and consumer headphones by combining studio-grade specs with more mainstream features like adaptive noise cancellation (ANC), voice assistants, a customizable EQ and impressive battery life.

Lending themselves to the high-end specs of studio monitors, the CLUB headphones are Hi-Res certified, which means they can reproduce frequencies up to 40kHz. This is far higher than what a human could perceive, but some audiophiles insist that being able to pump out high frequency vibrations improves the tones that we can hear. The graphene drivers found in the JBL CLUB ONE -- which is the most expensive model in the series -- are more likely to make an impact on audio quality. Thanks to its sturdy but lightweight construction, graphene is very efficient and, in theory, can sound better than cheaper magnetic materials.

JBL's Personi-Fi technology could improve sound quality in a more subjective way. While studio monitor manufacturers aim to create headphones with perfectly flat frequency responses, consumer headphones are tweaked to sound "good" rather than accurate. Personi-Fi lets you connect your headphones to your mobile device, design your own EQ curve and apply it indefinitely -- there's no need to switch the EQ on when turning on your headphones.

The CLUB ONE also features "true" active noise cancellation, which samples ambient noise 50,000 times per second, according to JBL. (For reference, Apple says its AirPods Pro sample at 200 times per second.) Presumably, this higher rate could mute sudden noises like dog barks or car honks in addition to constant noises like air conditioners. The CLUB 950NC headphones feature less advanced ANC, though JBL isn't saying exactly how these differ from the CLUB ONE. The CLUB 700BT, meanwhile, doesn't feature noise cancellation at all.

These headphones are clearly meant for people on the go. JBL claims the CLUB 950NC headphones last 55 hours with noise cancellation deactivated. Even with ANC turned on, the CLUB ONE model lasts 23 hours. That said, fashionistas will probably steer clear of this series. They certainly aren't ugly, but since they're modeled after studio monitors, the headphones are bulky and are only available in matte black.

All these features come at a cost. The on-ears model, the CLUB 700BT, will cost $150. The over-the-ears CLUB 950NC are priced at $250 but adds better noise isolation, as well as ANC. The CLUB ONE, with its "true" ANC, will cost $350. The series will be available in the spring, but we'll hopefully get a close-up look at the headphones at CES.

In this article: active noise cancellation, anc, audio, av, ces2020, gear, headphones, hi-res audio, jbl, JBL CLUB, jbl club 700bt, jbl club 950nc, jbl club one, jbl headphones, jbl persona-fi, mobile
All products recommended by Engadget are selected by our editorial team, independent of our parent company. Some of our stories include affiliate links. If you buy something through one of these links, we may earn an affiliate commission.