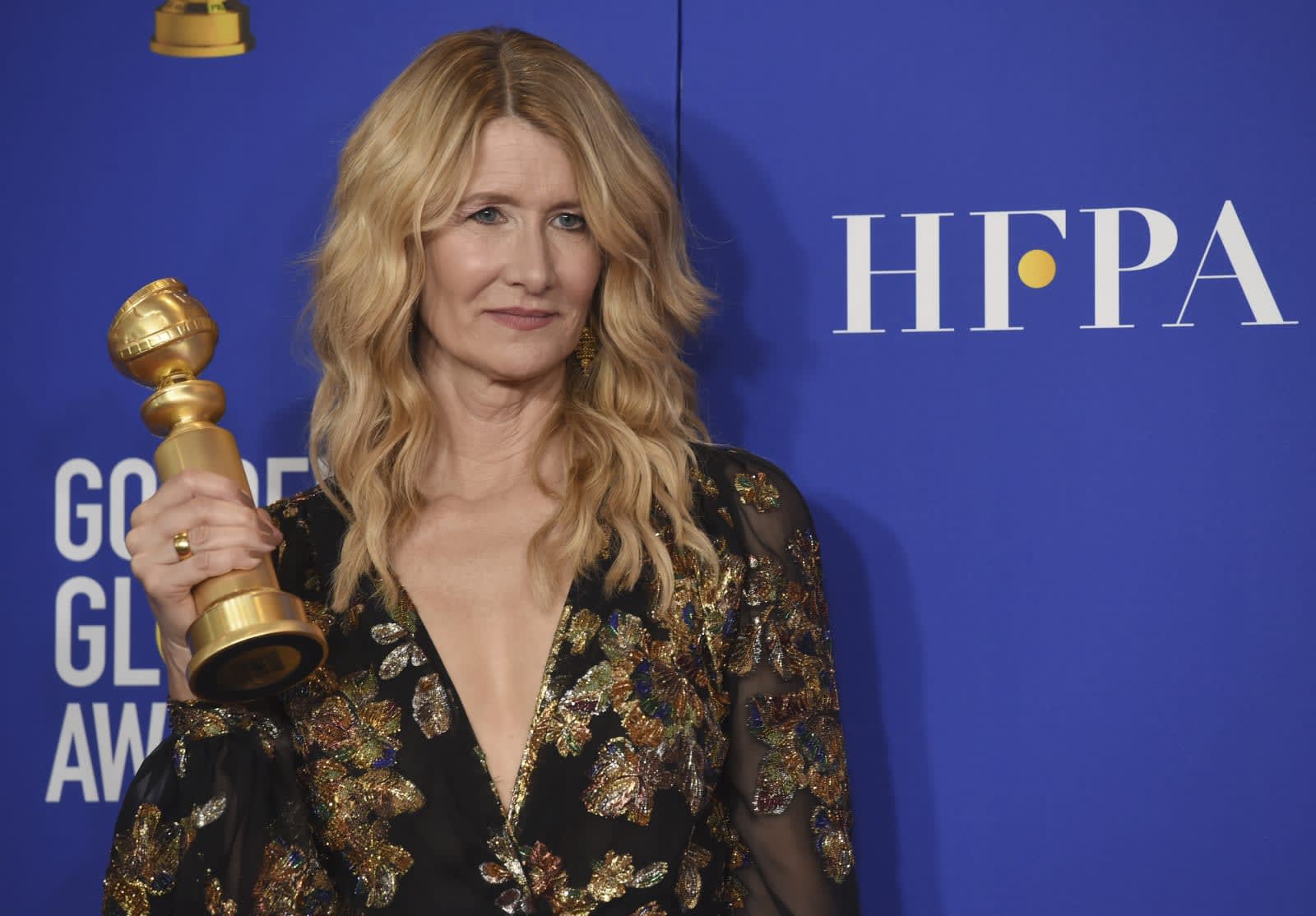 Streaming won big in TV at the 2020 Golden Globes, but Netflix failed to take advantage of its record-setting number of nominations. Despite being up for 34 prizes, the streaming service won just two, Olivia Coleman's best actress win for The Crown and Laura Dern for best supporting actress in Marriage Story in the film category. Most significantly, Netflix's prestigious Martin Scorsese-helmed film The Irishman was completely shut out of the motion picture awards.

The film side was dominated by classic studio releases, with Universal's 1917 winning best motion picture (drama) and Sony's Once Upon a Time in Hollywood garnering the same prize in the musical/comedy category. Joaquin Phoenix won best actor for Joker, while Awkwafina became the first actor of Asian descent to win a Golden Globe as best actress/musical or comedy for The Farewell. Netflix can at least console itself as being the only streaming service to win in the motion picture category thanks to Laura Dern's Marriage Story prize.

"...You say you're woke but the companies you work for...Apple, Amazon, Disney...if ISIS started a streaming service you'd call your agent, wouldn't you. If you do win an award tonight, don't use it as a platform to make a political speech..." pic.twitter.com/rVRIng2JAH

While nominated for a pair of awards for The Morning Show, Apple TV+ was also shut out of the awards. On top of that, host Ricky Gervais jabbed Apple (with Tim cook in attendance). "Apple rolled into the TV game with a superb drama about the importance of dignity and doing the right thing, made by a company that runs sweatshops in China," he said.

Netflix might have a chance to redeem itself soon, as the Oscar nominations are set to be announced on January 13th, and the show itself will arrive earlier than it ever has on February 9th. Given the nominations it had compared to the wins it got, however, Netflix will likely see the 2020 Golden Globes as a big disappointment.

Source: Variety
In this article: AmazonPrime, av, Awards, entertainment, GoldenGlobes, Hulu, Netflix, streaming
All products recommended by Engadget are selected by our editorial team, independent of our parent company. Some of our stories include affiliate links. If you buy something through one of these links, we may earn an affiliate commission.