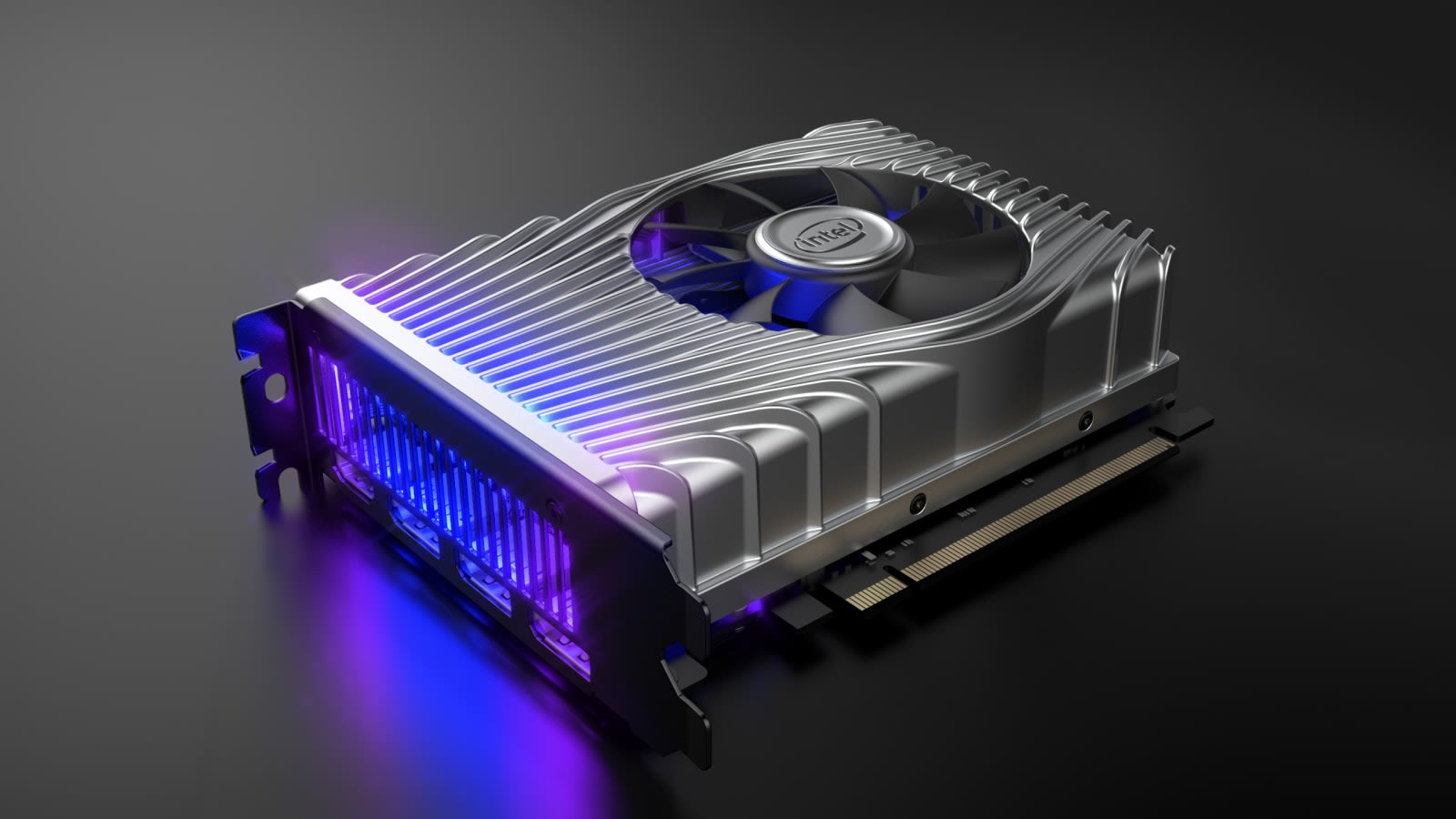 At its CES 2020 keynote, Intel showed off its upcoming Xe discrete graphics chip and today, we're seeing exactly how that's going to be implemented. First off, Intel unveiled a standalone DG1 "software development vehicle" card that will allow developers to optimize apps for the new graphics system. It didn't reveal any performance details for the card, but did show it running the Warframe game. It also noted that it's now "sampling to ISVs (independent software vendors) worldwide... enabling developers to optimize for Xe."

As far as we know right now, Intel's discrete graphics will be chips (not cards) installed together with the CPUs on a single package. It's also not clear whether Xe will replace, or co-exist alongside with Iris integrated graphics. In either case, it's interesting to see Intel graphics in the form of a standalone PCIe card, even one that will never be sold to consumers.

Intel also confirmed that the Xe would be available in three tiers: Xe-LP, Xe-HP and Xe-HPC. That alphabet soup stands for low power (aimed at gaming machines), high performance (for content creation) and high performance computing for data centers and supercomputing. As we've already noted in our AMD vs. Intel CES 2020 explainer, AMD has unveiled very specific products and plans, while Intel has just announced upcoming products and been very vague at that. This latest announcement doesn't change that much, but at least we know that Xe discrete graphics chips are in developers hands, so the apps should be ready when it finally comes along.

In this article: ces2020, Content Creation, DG1, discrete graphics, Gaming, gear, ice lake, intel, personal computing, personalcomputing, Tiger Lake, Xe graphics
All products recommended by Engadget are selected by our editorial team, independent of our parent company. Some of our stories include affiliate links. If you buy something through one of these links, we may earn an affiliate commission.