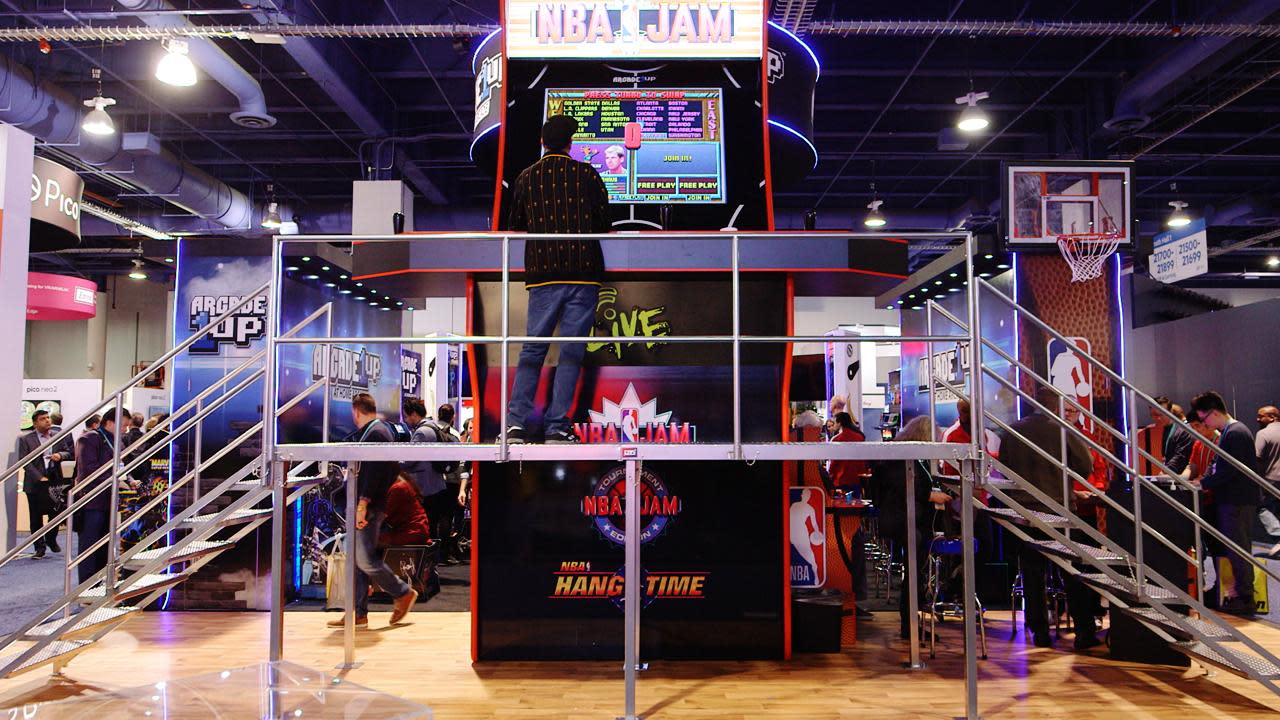 I know I'm not tall enough to dunk in real life, but I never thought I'd be too short to pull off the move in NBA Jam. That is, until Arcade1Up brought a 16-foot NBA Jam arcade cabinet to CES 2020 and proved me dead wrong. 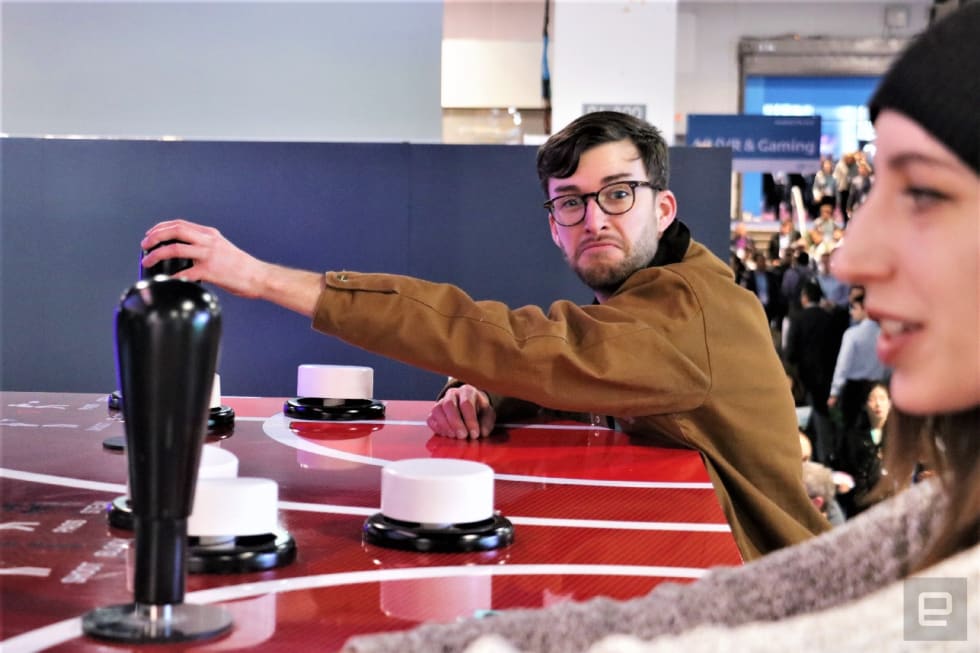 The giant cabinet was fully playable for up to four people, with massive buttons, joysticks and all. The game itself was straight out of 1993, and it was surprisingly responsive, considering the unwieldy controls. Two colleagues and I had to jump up and dangle off the edge of the controller in order to hit the start buttons, and some of the caps popped off as we ran across the court, but they easily slid back into place. As far as ridiculous convention-floor gimmicks go, this one worked shockingly as advertised.

Of course, Arcade1Up isn't in the business of selling house-sized gaming cabinets. The oversized NBA Jam was a hook for the company's actual news -- the announcement of its first-ever Wi-Fi connected cabinet. It runs NBA Jam, NBA Jam Tournament Edition and NBA Hangtime, and players will be able to join online games with other cabinets, up to four at a time.

Like Arcade1Up's previous releases, the NBA Jam cabinet is three-quarters the size of a traditional machine. It'll cost $399 and is expected to be available this year.

In this article: arcade1up, av, ces2020, gaming, home, nba jam, personal computing, personalcomputing, video
All products recommended by Engadget are selected by our editorial team, independent of our parent company. Some of our stories include affiliate links. If you buy something through one of these links, we may earn an affiliate commission.