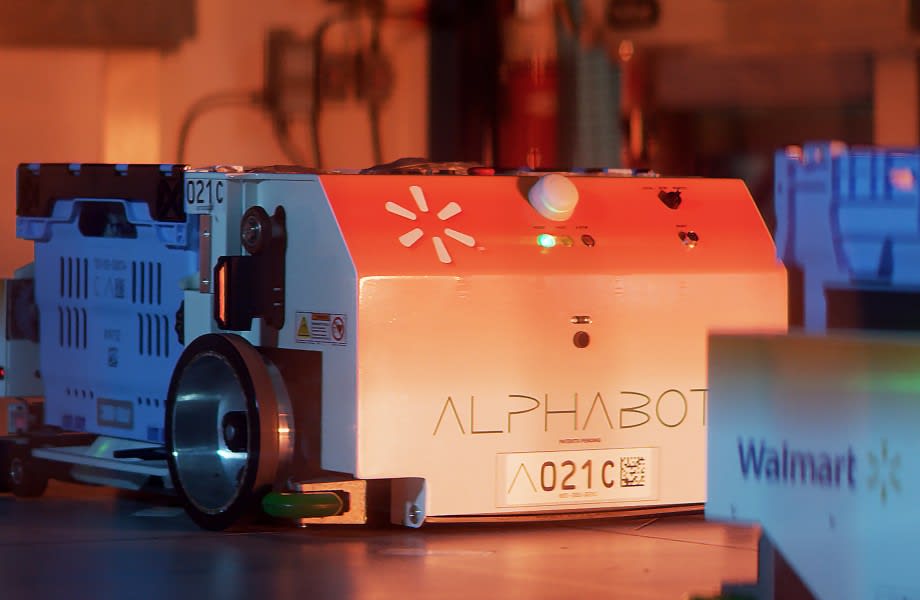 Walmart has been investing heavily in robots and grocery deliveries, with tests for driverless grocery deliveries and an automated grocery order selection process rolling out recently, not to mention the direct-to-fridge delivery service it has been trialing. The automated grocery selection robots have now moved beyond testing and into the real world, where they're working alongside staff in a warehouse behind the Salem superstore.

The Alphabot enables order picking within the warehouse using autonomous carts to pick refrigerated and frozen items as well as groceries stored at room temperature. The system locates an item, picks it and brings it to a workstation to be checked and bagged by a staff member.

Walmart says that the Alphabot will work alongside staff who will continue to pick items by hand, but that it will make the retrieval process easier and faster. As reported by Bloomberg, the Alphabot in Salem is currently working at 20 percent capacity, with thirty bots in use, and is handling approximately 170 orders per day. It can't yet handle fresh produce or perishables, so that work is still done by human staff.

Home deliveries are a massive part of retail now, and industry behemoth Amazon has shown that automation is the future of deliveries. A Walmart representative told Bloomberg it will grow its Alphabot program "aggressively" in order to meet future demand, rolling it out to more stores and working toward a system in which a bot picks orders and delivers them to customers' cars in a "grocery drive-thru experience."

Source: Walmart
Coverage: Bloomberg
In this article: alphabot, gear, robots, walmart
All products recommended by Engadget are selected by our editorial team, independent of our parent company. Some of our stories include affiliate links. If you buy something through one of these links, we may earn an affiliate commission.