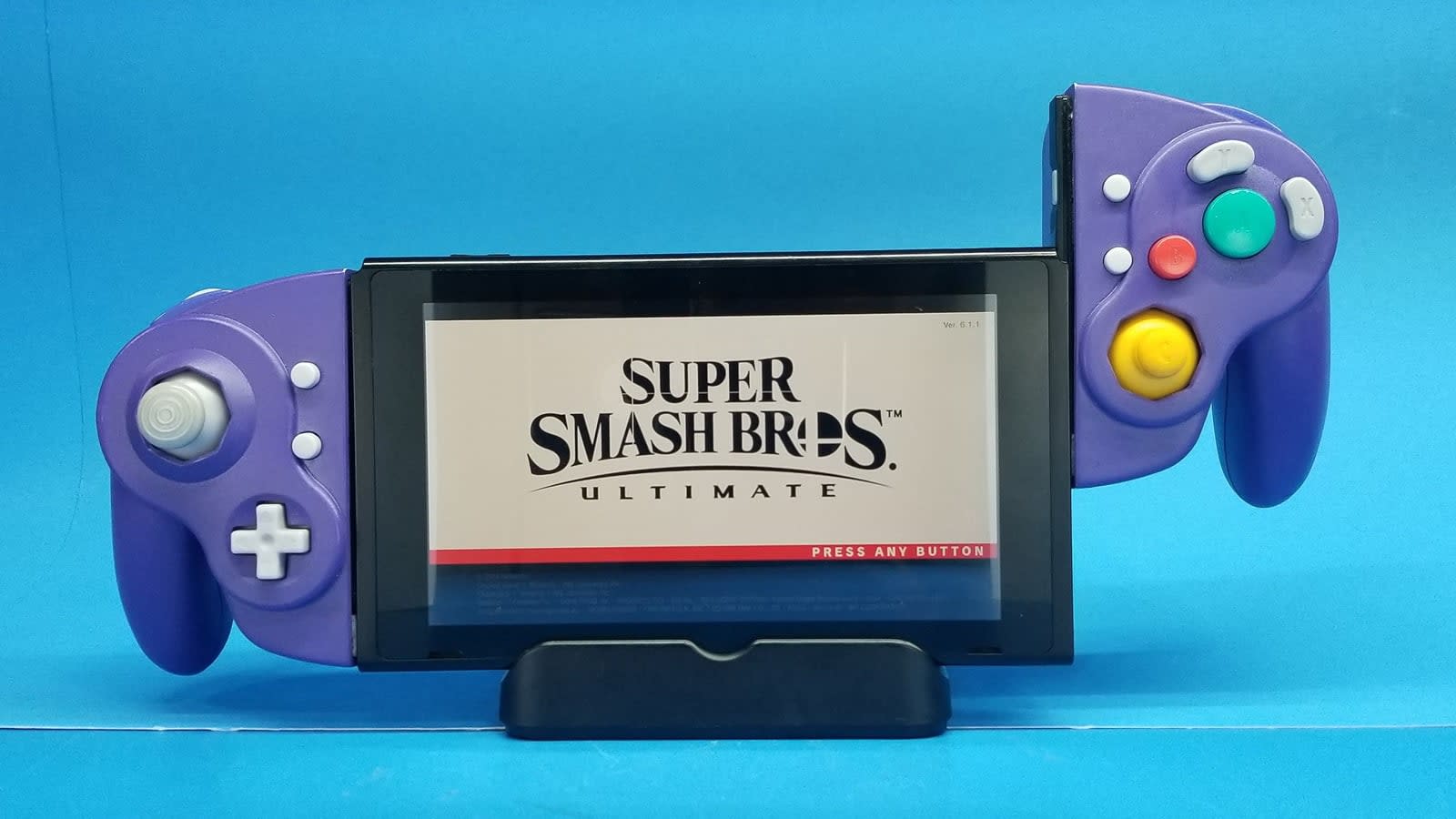 If you're a veteran Nintendo gamer, you've likely dreamed of using a GameCube controller with the Switch -- if just to recreate that 2001 vibe of playing Super Smash Bros. Melee in the family den. For mod creator Shank, that's now a practical reality. The hardware enthusiast has torn apart a Wavebird wireless controller to turn into a pair of Joy-Cons that share nearly all the functionality of the official controllers, including the tiny shoulder buttons used for shared-screen multiplayer (it's as awkward as you'd expect, Shank said). About the only thing missing is infrared.

He even created a center piece that lets you reunite both halves in a single gamepad that's the same width as the original Wavebird.

The creator expects to provide CAD files for those who want to attempt their own mods, but be warned: this definitely isn't for first-timers. Shank cautioned that a lot more was involved than simply cutting a controller in two and shoving the Joy-Con electronics inside. He had to add missing buttons, modify others (the shoulder buttons needed a new feel to reflect the all-digital input) and introduce a host of 3D-printed support structures, in addition to grappling with electrical challenges. Even getting that GameCube-style indigo color required an extensive painting process.

Still, this might be worth attempting if you have the DIY chops to pull it off. It's about as close as you'll likely get to an official GameCube-themed Joy-Con set for the Switch, with many of the original parts. Shank also notes that it's a "huge step up" from the standard Joy-Cons for playing games like Super Smash Bros. Ultimate. It might be worth the effort if you're a GameCube diehard and know your way around a soldering iron.

In this article: av, console, controller, diy, gadgetry, gadgets, gamecube, gamepad, games, gaming, gear, joy-con, mod, mods, nintendo, switch, video, video games, wavebird
All products recommended by Engadget are selected by our editorial team, independent of our parent company. Some of our stories include affiliate links. If you buy something through one of these links, we may earn an affiliate commission.