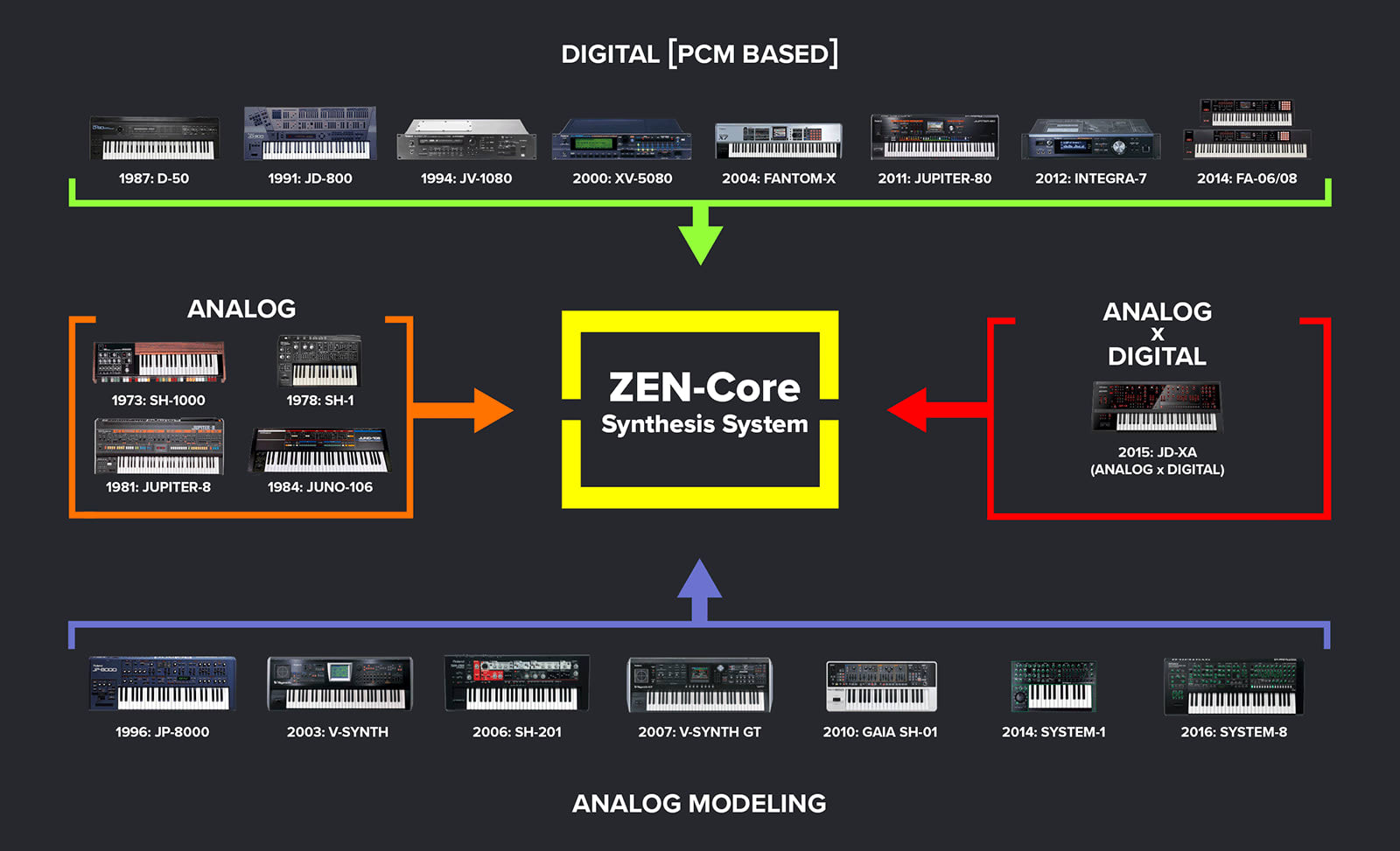 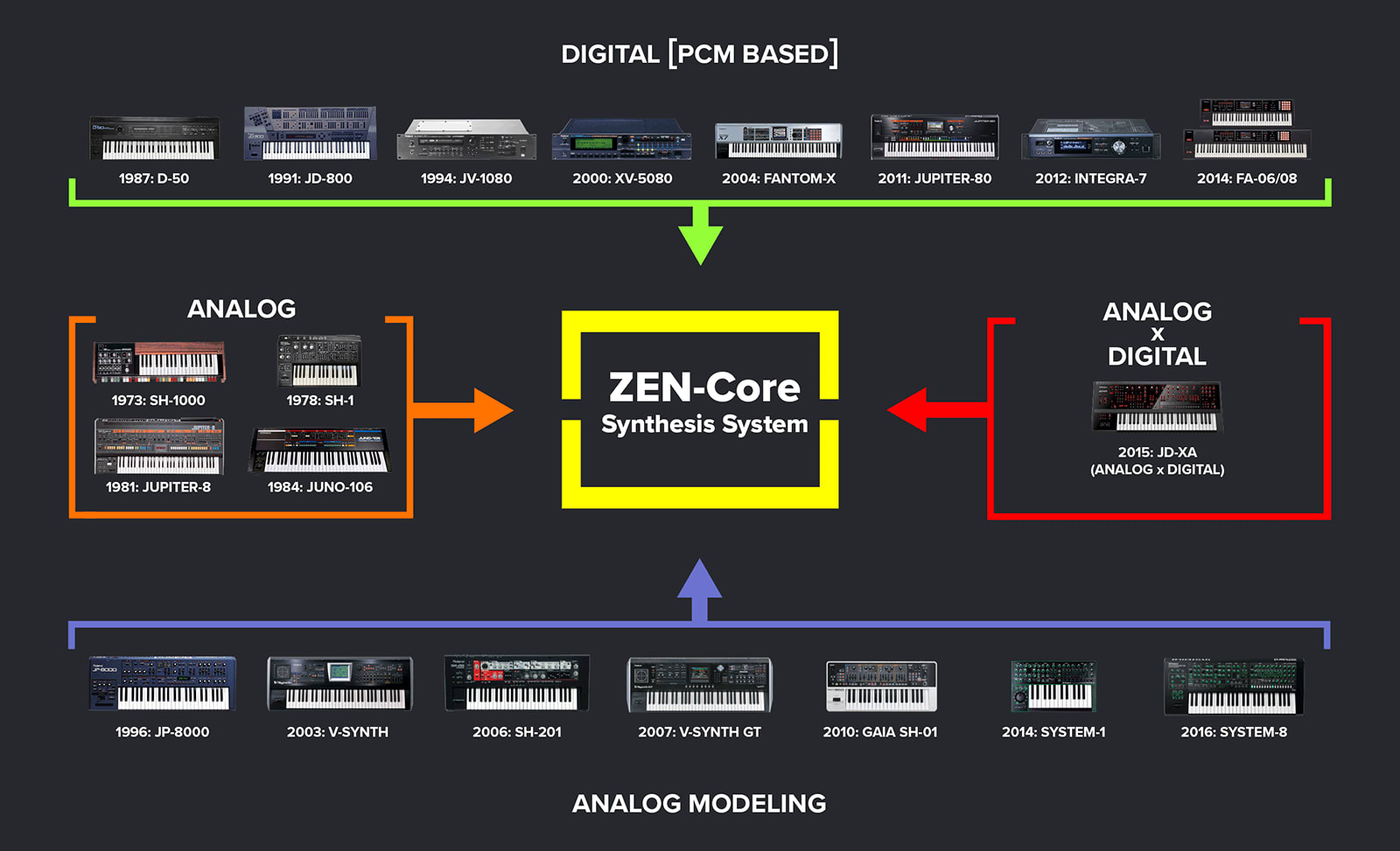 Roland basically abandoned pure analog synths. Instead it's been focused on improving its digital instruments and software that pay homage to the past, while embracing the future. But here's the thing, thanks to powerful audio processors there's very little these days keeping one synth engine tied to any particular device; The Microfreak borrows heavily from Mutuable Instruments Plaits and the Organelle runs patches built in the cross-platform, for instance. Roland has apparently decided this is a harbinger of the future of synthesis and so it's launching Zen-Core, a synth engine that will work across a wide swath of its instruments.

Part of the pitch here is about having access to a consistent level of quality. You can pick up almost any Roland instrument and find the same sort of sounds built on the same core technology. It also means that a sound created on the high-end Fantom workstation could potentially be used on the portable and (comparatively) affordable MC-101 groovebox. The goal is to make instrument selection less about the specific sounds and more about the workflow that's most comfortable for the artist.

Zen-Core is built around a combination of sample-based waveforms and virtual analog tech. It also supports modeled filters, LFOs, envelope modulators, as well as "high resolution control" of sound design and performance parameters. (Ready to accept input from a MIDI 2.0 controller perhaps?)

None of this means that your $3,000 workstation is now no better than a $500 groovebox, though. Zen-Core does support instrument specific expansions like Analog Behavior Modeling on the Jupiter-X. Using these features shouldn't prevent you from using a sound on a lower-end device, but it will open up more avenues for tweaking the sound... and perhaps it'll sound a little better.

Zen-Core will show up first via a software update to the Fantom 6, 7 and 8 workstations, the Jupiter-X line of synths and the RD-88 stage pianos. And it will arrive on the MC-101 and MC-707 a little later this year.

In this article: art, av, gadgetry, gadgets, gear, musical instrument, namm, namm2020, roland, synth, synthesis engine, Synthesizer, virtual analog, zen-core
All products recommended by Engadget are selected by our editorial team, independent of our parent company. Some of our stories include affiliate links. If you buy something through one of these links, we may earn an affiliate commission.