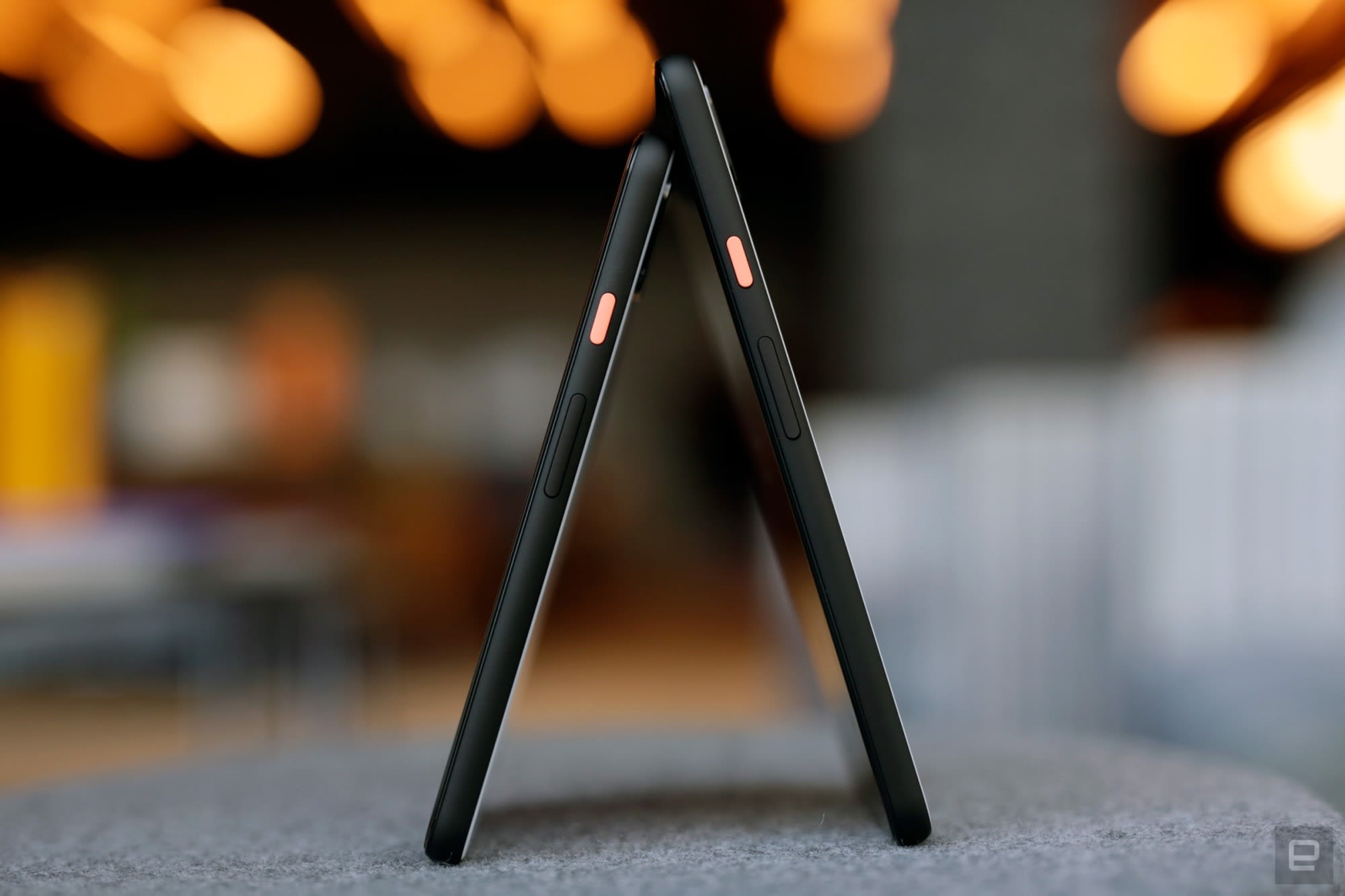 It's been a while since we've heard anything about Fast Share, Google's upcoming take on AirDrop. But based on a new hands-on video, it looks like you may soon be able to check out the file-sharing feature on your Android phone. Now known as Nearby Sharing, XDA-Developers was able to get the in-development tool working to send photos and videos between a Pixel 2 XL and Pixel 4.

The good news is that it looks like Nearby Sharing solves a lot of the usability quirks that stopped Android Beam from becoming more popular. To start, Android now completes the initial handshake between two devices through Bluetooth rather than NFC. As a result, you don't have to put two phones right up next to one another to start the sharing process. Instead, it looks like you have about a foot of range to work with. Using the feature also looks more straightforward. You can enable Nearby Sharing from Android's quick settings menu. Afterwards, sharing a file is simply a matter of accessing the share sheet, which you can pull up in most apps by tapping the three dots icon.

Notably, it also likes you will have a couple of options when it comes to setting up how the feature works. For instance, there are visibility options that allow you to restrict who can send you a file. Additionally, there's a setting to allow your phone to use data to assist with the process.

We could soon see a variety of Android phone makers each release their own take on AirDrop. Earlier today, XDA published a report that showed Samsung is working on a feature called Quick Share. Last year, a trio of Chinese phone manufacturers announced they were working on their own file-sharing protocol. However, the benefit of Google's approach is that it would work with any Android phone, instead of a specific make of phone. It's not clear when Google will release Nearby Sharing, but there's a good chance we'll learn about it at the company's upcoming I/O developer conference, which starts on May 12th.

Via: The Verge
Source: XDA-Developers
In this article: AirDrop, bluetooth, file-sharing, gear, google, mobile, Nearby Sharing, Quick Share, samsung, smartphone
All products recommended by Engadget are selected by our editorial team, independent of our parent company. Some of our stories include affiliate links. If you buy something through one of these links, we may earn an affiliate commission.